Inspired by the Coast

Influenced by the natural forms of the coastal landscape he had grown up with, Norman Grant's jewellery became synonymous with the Art Nouveau revival of the early 1970s. This October's edition of DESIGN Since 1860 features a diverse selection of pieces by Grant.

Norman Grant was born in Forres, Moray in 1943 and studied at Gray’s School of Art in the 1960s. He was a student of David Hodge who established a goldsmithing and jewellery course at Gray’s in 1954, leading the department until he retired in 1975. Hodge remembered Grant as one of the students who made his teaching career memorable.

In the late 1960s, Grant began to design jewellery, initially working in a shed in his garden. His preferred medium was translucent enamel which he combined with sterling silver. Having originally studied graphic design before switching to silversmithing, Grant often maintained that he was influenced by the natural forms of the coastal landscape he had grown up with. Inevitably these influences found their way into his early jewellery designs; microscopic plant cell structures, petals, stamens, seed heads, trees, driftwood, shells, seaweed, anemone-like forms and later fish, wave and cloud motifs can all be seen in his work. 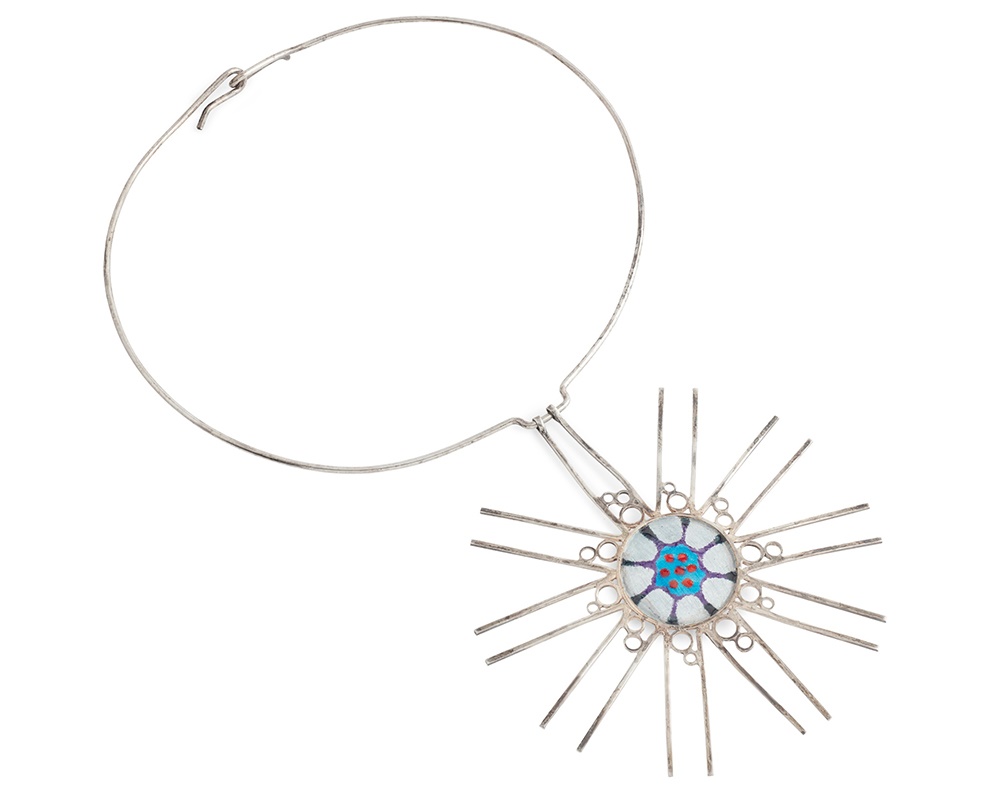 Grant's work began to be sought by London shops such as Liberty’s and Harrods and was also picked up by Bonwit Teller & Co. and Marshall Field in America. His jewellery became synonymous with the Art Nouveau revival of the early 1970s. Its distinctive shapes and colourful plant-based forms provided the ideal accessories for contemporary designers such as Mary Quant and Biba. 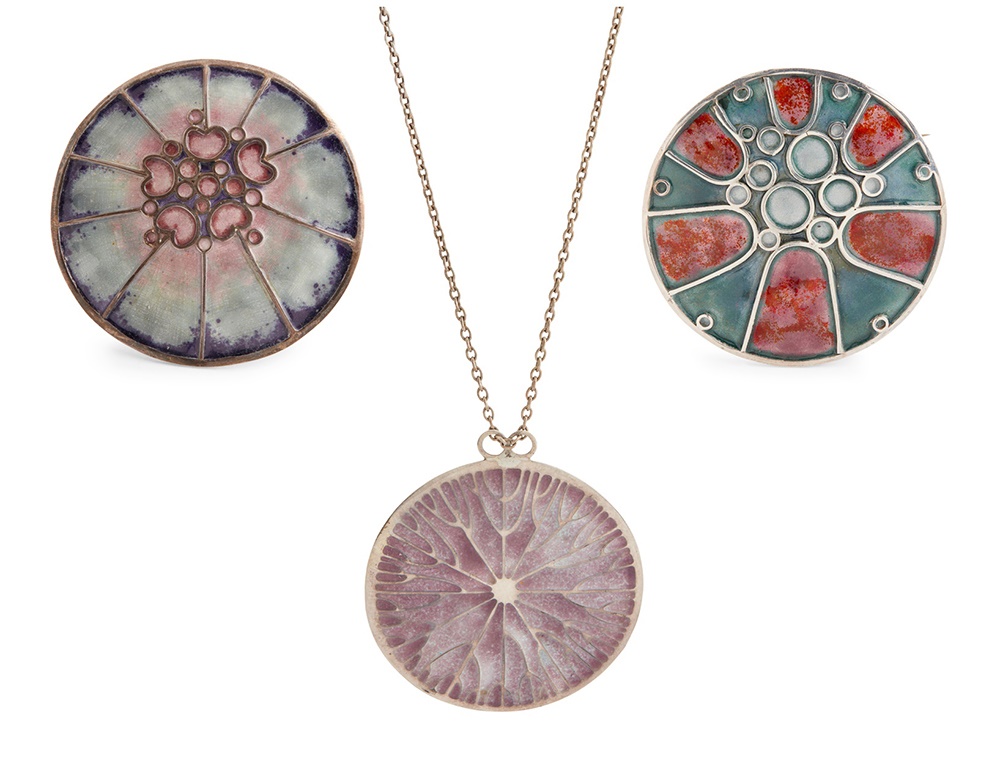 In 1976 Norman Grant founded Dust Jewellery, established in its own workshops in Lundin Links in Fife, Scotland. Grant himself left to work for DeBeers in the early 1980s however Dust Jewellery continued producing jewellery into the 1990s. Several examples of his work are held in Aberdeen Art Gallery & Museum.

View the full selection of pieces by Grant ⇒

Wednesday 12 October at 10am