Join Head of Watches, Sara Fergusson as she takes a closer look at high fashion brands Gucci and Chanel and the watches they produce - examining the composition, exclusivity and design.

There exists a strange phenomenon that as a watch professional, I find quite intriguing: the gulf between certain high fashion brands’ couture clothing and the watches these houses also produce. In addition, there is a stark contrast between the exclusivity and availability of their clothing and accessories, versus their watches.

To use Gucci as a working example here, one might need to visit a brand boutique or high-end department store to purchase a given handbag. Taking Harrods as our retailer here, full price, currently these range from around £600 to £1700. The descriptions inform us of illustrious and fantastical detail such as the inspiration behind designs (“the Greek God Dionysus”) and the superior artisanship (“crafted from supple leather…crystal embellished.”) Let’s now look at their watches. Harrods do not currently stock these alongside their Fine Watches, which tells us that Gucci’s watches are not ‘fine.’

‘Fine’ is for those items considered to be luxury goods, with fine watches being those by high end, mostly Swiss brands. The designs will be well-considered: beautiful or familiar, or even avant-garde. Very often, and even more so in the last few years, most these watches will have mechanical movements, rather than quartz. These matching internal/external standards – both style and substance – is something that fashion houses like Gucci live by however. Their striking designs are created using the finest materials, by the best craftspeople (remember the supple leather and those embellishments?)

So why are the watches of Gucci, and other aspirational fashion houses, not ‘fine’? Is it a matter of perception on the part of the consuming audience? The answer here is no. Gucci’s range of watches certainly have the style, but far less of the substance, and are far less pricey - proportionately.

The substance could be, from the perspective of a watch collector/enthusiast, a mechanical movement, ideally one that can be called ‘in house,’ or at least manufactured exclusively for the brand by an external company. Gucci do have several watches that have automatic movements, and they have invested in their own movement-producing facilities. From experience, I can say that although there does exists a level of connoisseurship-snobbery towards quartz and ‘bought in’ movements, the watch-buying community on the ground is not a cruel one. Each watch is discussed on its merits and given a chance but one criteria does ring true – integrity. It would appear that the perception that these watches do not appear to match the brand’s overall discerning ethos (and pricing) does not sit well with buyers with a specific interest in watches, and not just the brand.

Looking at their other accessories, we can speak of the handbag as seasonal items, to be used occasionally and potentially replaced frequently. Around £1200 is the average for these so working up to watches – kept longer, not seasonal – their watches should be in the high thousands. But they aren’t. Their watches are not stocked with exclusivity in department stores or Authorised Dealerships, rather they are widely available in multi-brand high street jewellers, stores typified by their accessibility to all the with inclination to buy. We must note here though that many high end brands are of course available in high street chain jewellers. Price-wise, they begin at £800, just a touch over the cost of that transient handbag too. For many, the watches appear affordable (based on a model of less frequent buying) in comparison to the clothing and leather goods, to which many could only aspire.

If we ask ourselves why these brands don’t seem to match their watches to their clothing, we might say that it is just not their area of expertise and that they really are not interested in the intricacies of the watch market specifically. They may also have a highly profitable business model working as they do for these two different markets. Neither is comfortable or seems right to assume however. Gucci’s profits for 2019 total around 9.63bn Euros but watches and jewellery only accounted for 4% of this. Perhaps, like some fashion brands, Gucci are looking to move deeper and more deliberately into watchmaking. For the moment, we can say that their watches, like fashion, are fast – their design and manufacture can track the seasons, changing in form from one to the next. In the watch world, the thirst for new things is quenched by the seeing the output from many different brands, with each one usually only releasing a handful of new watches annually. We can conclude that the fashion and watches are two opposing industries therefore, one on an endless quick treadmill with the other pacing itself. 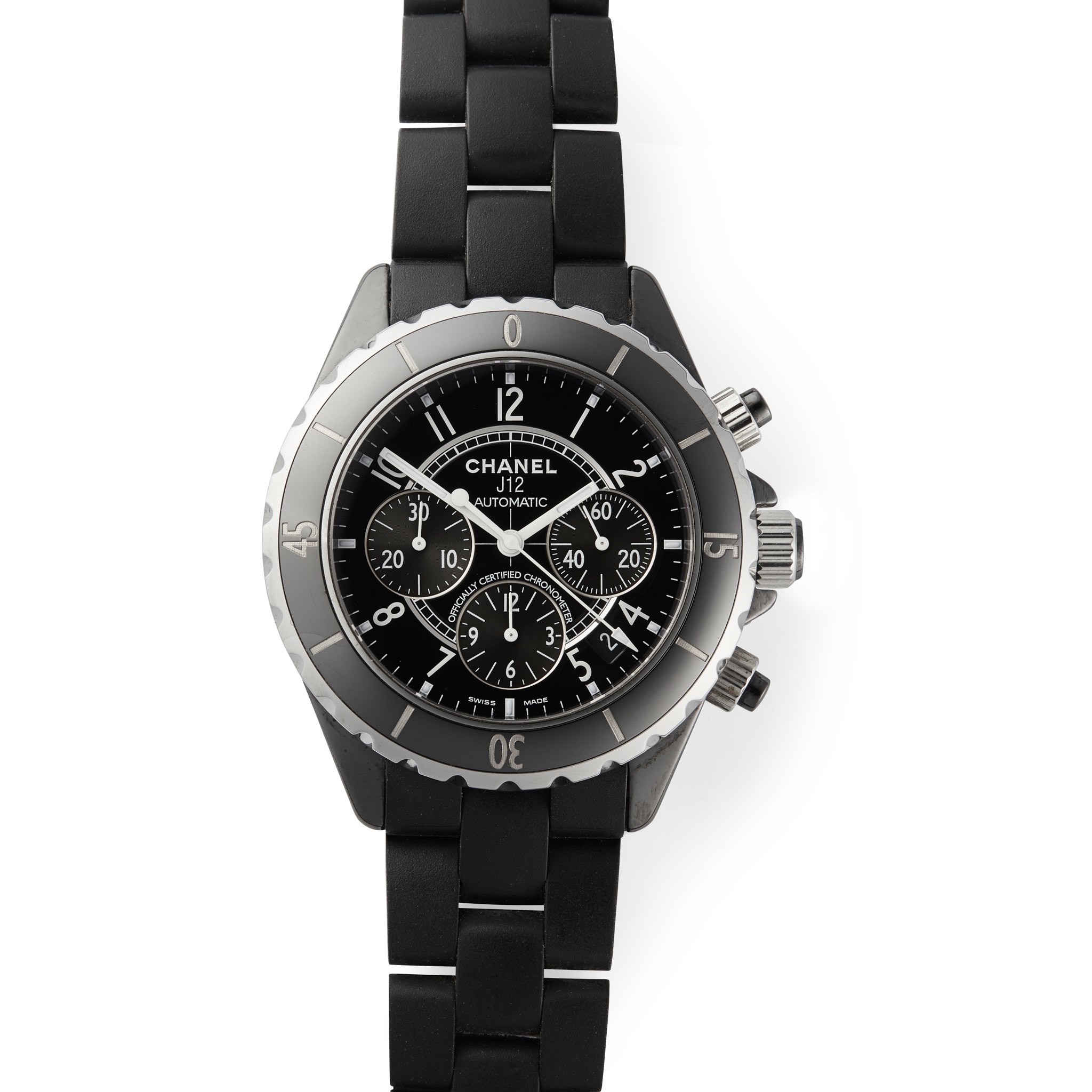 So really, can a high fashion brand also be a fine watches brand? This idea seems doomed given the discussion to this point but it is in fact very possible. Chanel are a very high end, very aspirational fashion house but one whose watches now find themselves sitting very comfortably in the world of fine Swiss watches. So how have they done it?

Chanel was launched as a fashion brand in the 1920s by Gabrielle ‘Coco’ Chanel, a name now synonymous with excellent design, so classic have the shapes and forms of her style become. In 1987 came the company’s first watch, during the era that followed the revolution that was the coming of the quartz watch in the 1970s. Now that watches were available to all, they were a must have accessory, and brands such as Fossil and Guess were churning out fast fashion watches for every season and outfit. The most important factor in Chanel’s watch history is their purchase of the company Manufacture G&F Chatelaine based in the Swiss watch-making district of La Chaux-de-Fonds in 1993. They also own part of the movement manufacturer Kenissi. This move into a ‘proper’ form of watchmaking is important here – they are seen to be focussing on the creation of their own timepieces, on their own terms, in their own factory. This is that integrity that watch collectors and enthusiasts applaud, an attention to the details that go beyond the design of a watch alone.

Another key factor in the success of Chanel watches could be their stronger, bolder, and dare I say it, perhaps more masculine designs, sizes and tones. Now eponymous with the brand is their J12 released in 2000, which was quite different from their first watch offering, the Premiere cocktail watch. The J12, originally released in an all black form, is in its essence a bold piece. Unlike the daintiness of the Premiere, the J12 is strong in its dark colour and sports watch form. It is beautiful of course, but not in a feminine way. Made from ceramic, a tough industrial material, even its very materials relay this ethos of strength and practicality, of course with an inherent luxury. Referred to as a dive watch, this model also manages to place itself into a lineage of timepieces, out with fashion watches alone, giving it even more clout in the world of watches.

A classic watch is one that has endured, one that a brand has stuck with through the years, making small but critical alterations to in terms of design, materials and complications. Think of Jaeger-LeCoultre’s Reverso or Cartier’s Tank and you will get the idea. The J12 is also following this tested rule of evolution not revolution, and is another factor that keeps nudging it higher in the world of high end watches. The first J12, released twenty years ago, has seen several iterations since, many of which are more complicated than their predecessor. From chronograph to tourbillon and beyond, the J12 more than satisfies the technological interests of the watch collecting community. All the while, the watch carries these timeless looks – sporty and practical but with the sheen of the Chanel house.

The latest offering in the line, the J12 Paradoxe, features a white case with a small section in black to the right hand side. This monochrome look is not just a ‘look’ however, as we note that the construction of the case itself is complicated and the design is more than on the surface. The colour of the black section is not just painted on to the ceramic base – the case is in fact made from two sections of ceramic, one in each colour. These are then cut and joined together, no easy task given the hard nature of the ceramic. This has meant that the case is less capable of water resistance than its one-colour counterparts but it still boasts a respectable 200m resistance.

Looking beyond the J12, Chanel have in fact brought out watches billed a specifically for men. This is a shrewd move on the part of the company, for how better to increase their standing in the (male-dominated) watch world than to create watches directed at them? It will have been met with some trepidation but the Monsieur was well received. Housing a mechanical movement is course a great start but the mechanism is more impressive as it has a retrograde minute hand (it progresses through the minutes around an arc then jumps back to zero.) In fact the whole manner in which the watch displays the time is unusual and makes the dial unfamiliar and very attractive.

To bring this discussion into the realm of auction, we should now look at how well the resale prices stand up against the full new retail ones. Let’s look at the J12 chronograph, one of which features in the watches auction taking place on 9th March. These retail now at around £7000, in all black. Now, as a very rough (emphasis on the ‘very’) rule of thumb, at auction, high end watches produced by the luxury firms, may achieve around a third to a fifth of their new cost. (There are those that make closer to, if not more than, their new prices but that’s for another discussion.) In the auction on 9th March we have a J12 chronograph that is estimated at £2500-3000, the lower end of that guide price equating to a third of the new price. It seems pertinent to go back and look at Gucci’s resale prices briefly here. These appear to make around a tenth of their new cost, with some of the diver’s examples faring proportionately better. Again to be taken with a pinch of salt, the average price achieved by a ‘fashion’ watch would be around a tenth of its initial new cost. We can consider this as further proof that despite Gucci’s high fashion standing, their watches sit significantly lower.

To conclude, it seems that Chanel have indeed achieved something that seemed impossible. With this final seal of holding-on-to-their-value approval, we can say that Chanel not only manufacture high fashion, they also produce enduring luxury watches, held high by the discerning watch community.

The Chanel J12 automatic chronograph mentioned here is lot 169 in the auction on 9th March 2021, taking place live online from our Edinburgh saleroom.

Discover More about your Watches

Lyon & Turnbull’s watch auction and valuations department is a dynamic one with significant expertise, creating diverse watch auctions in the UK with fine, rare, modern and vintage timepieces. In line with the growth of the pre-owned watch market in recent years, we hold six specialist auctions each year, across our Edinburgh and London salerooms. These frequent auctions feature examples from renowned watchmakers including Rolex, Cartier, Patek Philippe and Audemars Piguet. Highlights from recent years include an IWC Le Grand Complication wristwatch that sold for £63,650 and a rare Rolex GMT Master in 18ct gold that achieved £41,250.

Currently, watches are sold at our prestigious Edinburgh saleroom within our Jewellery, Watches & Silver auctions and in London within our Select Jewellery & Watches auctions. These two focused categories allow us to place your timepieces into the auction context that will be the most profitable for you as a vendor.