One of the great ornithological painters, Archibald Thorburn’s evocative watercolours are replete with technical prowess and keenly-observed detail, while also conveying something of his subject’s temperament. We were delighted to present a group of ornithological watercolours by Thorburn in our December 2021 Scottish Paintings & Sculpture auction.

Archibald Thorburn returned to the Highlands of Scotland to study and record the native wildlife throughout his life. His preferred spot was the Forest of Gaick in Invernesshire, a dramatic and ever-changing habitat populated by diverse creatures. From warbler to eagle, Thorburn’s evocative watercolours are replete with technical prowess and keenly-observed detail, while also conveying something of his subject’s temperament. It is these qualities that distinguish Thorburn as one of the great ornithological painters.

Archibald Thorburn was born in 1869 in Lasswade near Edinburgh. His father Robert Thorburn was a leading miniaturist who worked for Queen Victoria. The young Archibald trained under his father, who emphasised the importance of anatomical study and attention-to-detail. Following his father’s death in 1885, Thorburn travelled to London to study at St John’s Wood School of Art, seeking counsel from the celebrated illustrator of natural history Joseph Wolf. 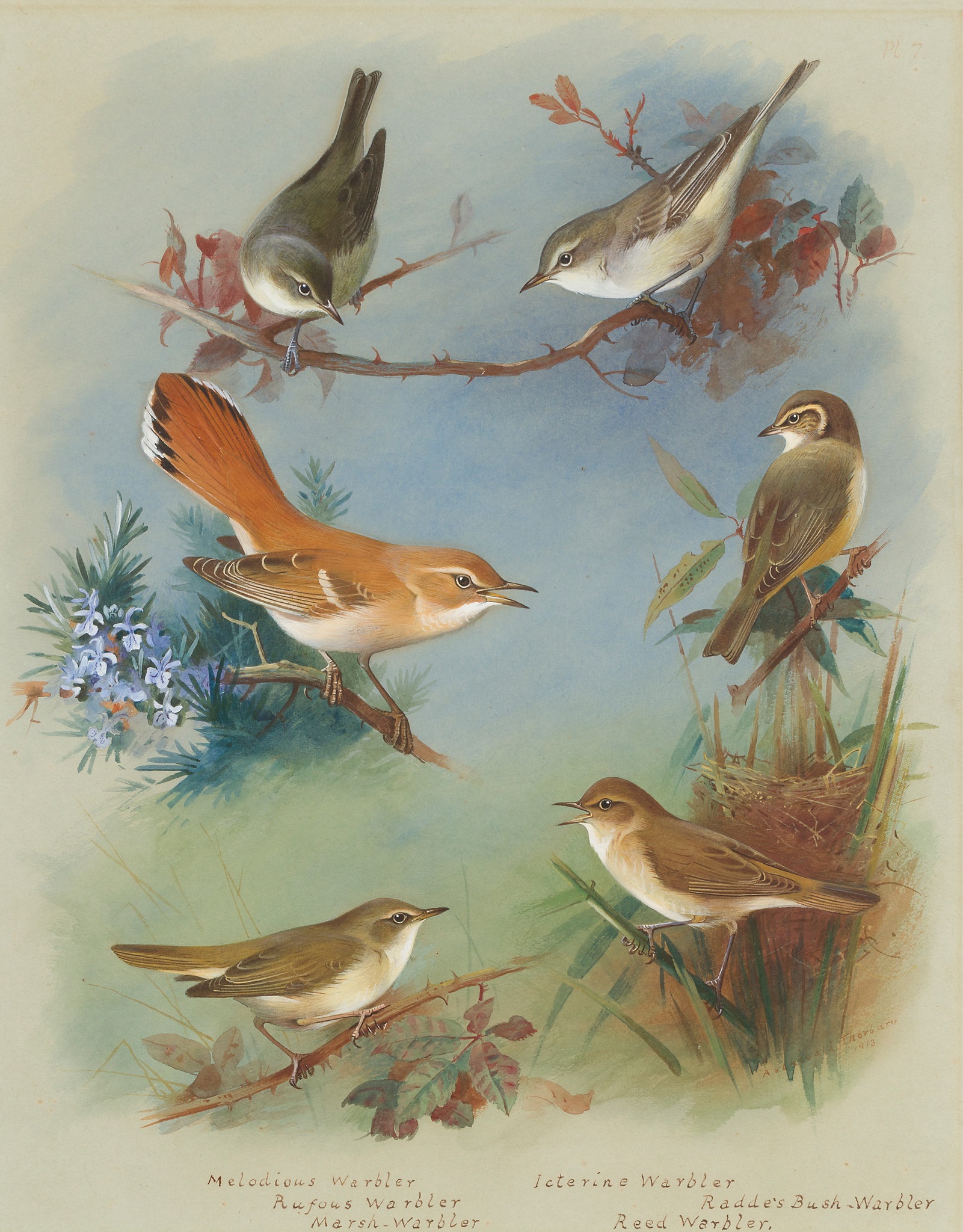 A most important career development came in 1887, when Thorburn was commissioned to paint over 250 watercolours for the ornithologist Lord Lilford’s Coloured Figures of the Birds of the British Isles. Following this, Thorburn enjoyed continued success. He regularly exhibited at the Royal Academy, and Edward VII and George V numbered amongst the collectors of his work. In 1899 he was elected Vice-President of the Royal Society for the Protection of Birds, designing the Society’s Christmas cards until his death in 1935.

In 1902 Thorburn moved to Hascombe, Surrey, where he lived with his wife Constance. He refused to adopt electric lighting, preferring to paint in natural light or using lamps and candles to illuminate his work. In 1930 it was reported that ‘as a painter he relies solely on natural light, working long hours indeed in the summer months but much shorter ones during the brief days of winter. Just occasionally he resorts to the use of his oil lamps, especially if drawing mice in the dimness of his garden shed.’ For the rest of his life Thorburn journeyed to the Highlands to sketch and make notes, before returning to his Surrey studio to complete his compositions.