A Private Collection of Intaglio Rings

Featuring pieces from the Duke of Wellington Collection

In March 2021, we were delighted to present a group of intaglio rings featuring pieces from the Duke of Wellington Collection in our Jewellery, Watches & Silver auction which took place live online.

Arthur Richard Wellesley, 2nd Duke of Wellington (1807-1884) was known as Lord Douro between 1812-1814, before becoming the Marquess of Douro until he succeeded his father to the Dukedom in 1852. He followed his father, victor of Waterloo and former prime minister, into both a military and a political career, though never quite achieving anything like the 1st Duke successes. He was however, a keen collector of antique intaglios and an active patron of contemporary craftsmen in that field.

Many of the examples which featured in the 1977 and 1978 exhibitions of The Wellington Gems, at S.J Phillips in London, appear to have been collected while he was Marquess of Douro, in the early to mid-18th Century. He amassed many fine examples, and the 1977 exhibition contained almost 300 cameos and intaglios; several of which feature in our 9th March auction.

A striking example from the collection is lot 111, a 19th century carved Sardonyx intaglio (No. 187 The Wellington Gems, 1977, S.J Phillips), by the renowned carver Luigi Pichler (1773-1854). Depicting the figure of a weeping Cupid, symbolising repentance, he is chained by his ankle and holding his cloak, singed in Greek letters ‘Pichler’. 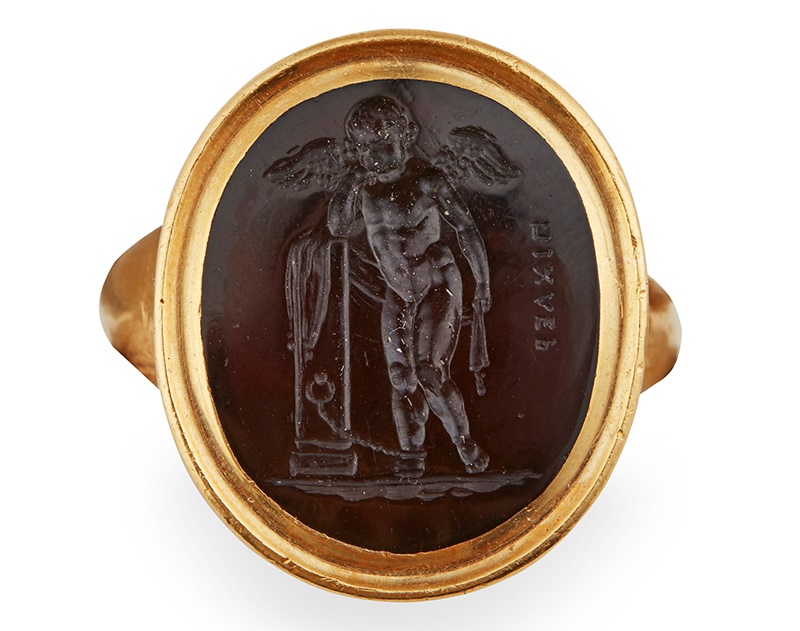 the oval hard stone carved with the figure of a weeping Cupid symbolising repentance, chained to a column by his ankle and holding his cloak signed in Greek letters Pichler (Luigi Pichler 1773-1854) rub-over set in yellow gold on a plain tapered shank | Ring size: N/O, matrix height: 1.6cm | Provenance: Lots 111 - 119 from a private collection; Duke of Wellington Collection (1807-1884), The Wellington Gems exhibition, no 187, S.J Phillips, London 1977. | Sold for £22,500 incl premium

Luigi Pichler came from a renowned family of gem engravers, including his celebrated father (Anton) and half-brother (Giovanni). He learned his trade from his half-brother, often copying his designs very closely, which often makes distinction between the two craftsmen difficult when pieces were unsigned; before taking over the family workshop in Rome in 1791. He later travelled to Vienna, becoming a member of the Vienna Academy in 1808, and professor of gem-cutting in 1818, a position he held until his return to Rome in 1850. He attracted a wide range of prestigious and Royal patrons, working for Emperor Francis I and Prince Poniatowski, as well as Popes Pius VII, for whom he created replicas of famous carved gems in the Austrian collection as a gift from Frances I, and Leo XII in Rome.

Luigi was known for the delicacy of his work, and for working in gemstones other than the typical hardstones, he was also renowned for his contemporary portraits and for his exquisite polish. Pieces by Luigi Pichler feature in institutions globally, and an example not dissimilar from lot 111 exists in the British Museum, depicting Apollo standing, holding a lyre and his mantle, is also singed (Museum ref. no. 1867,0507.767). 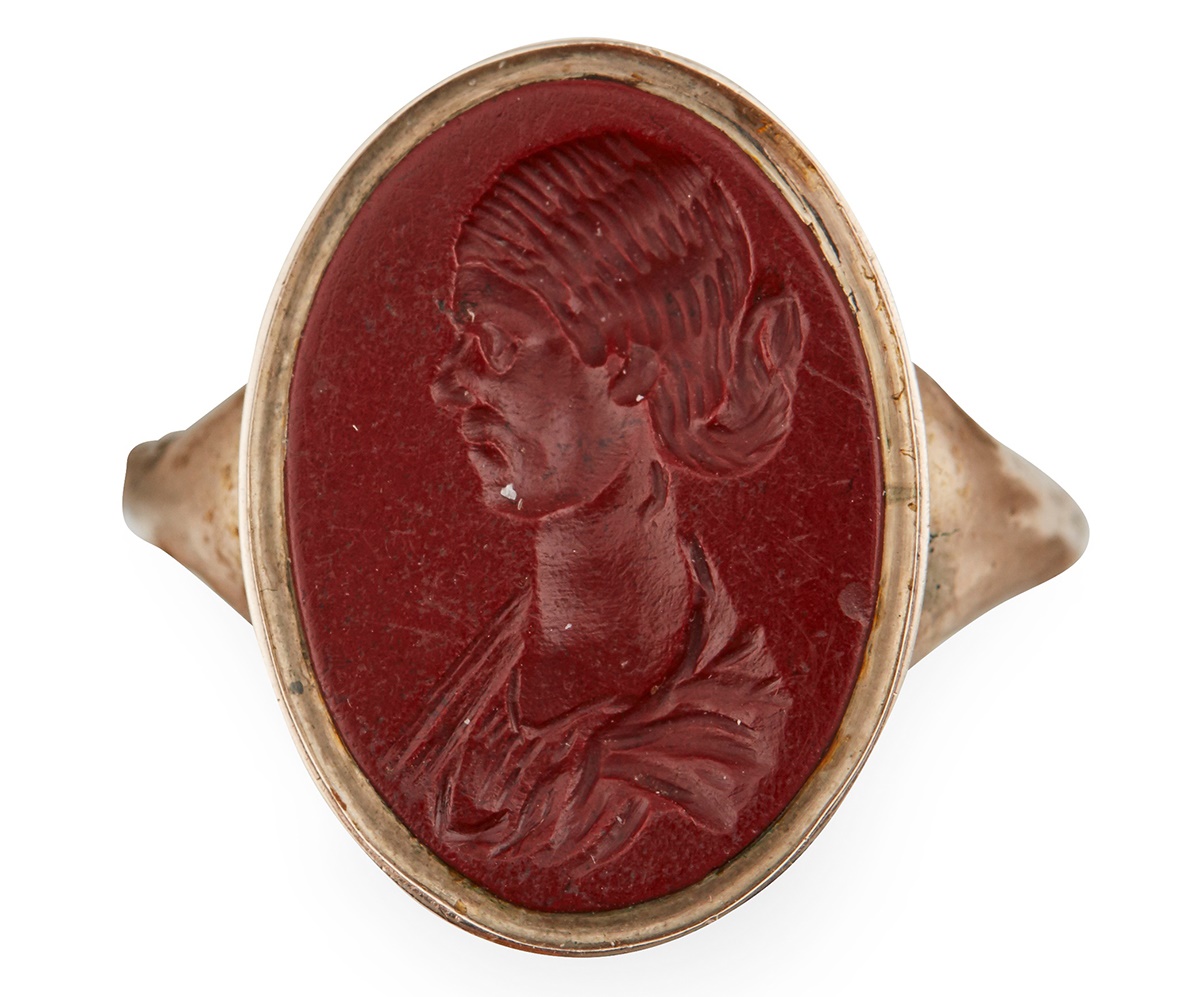 This collection of nine lots, not only includes 19th century examples of the craft, but also those from antiquity, collected and then presumably mounted on behalf of the Duke. These examples date as early as 2nd Century AD, mainly depicting classical themes from mythology but also political figures. Lot 115 (No. 239 The Wellington Gems, 1977, S.J Phillips), is interesting as it depicts the head of Manlia Scantilla in profile, Manlia is an interesting figure in that she was Empress of Rome for a mere three months in 193AD. Her husband, Didius Julianus, a Roman General attained the throne by buying it from the Praetorian guard in March 193 A.D, who had assassinated his predecessor. A civil war quickly broke out, in which three generals vied for control. Septimius Severus, the nearest of these generals to Rome, marched on the city, gathering support as he neared, and Julianus soon found the Praetorian guard overwhelmed, and was killed on 1st June 193, allowing Severus to succeed him. Manlia was stripped of her titles, but her husband's body was returned to her and her daughter for burial, and she is believed to have died within months of him, in obscurity.

Many of these small, but fascinating objects contain stories of giant proportions; and are small records of history, beliefs, and personal craftsmanship which are fascinating to behold. Weather you are an avid and learned collector, or just embarking on a new passion, these examples are worthy additions to any collection.

For questions regarding any of these lots, please do not hesitate to contact us, we would be more than happy to provide additional information and images of each item.