A Meeting of Minds

In advance of Lyon & Turnbull’s British & European Paintings auction on 24 May, Paintings Specialist Iain Gale takes a closer look at one of the highlights, a pencil portrait of Yehudi Menuhin by Oskar Kokoschka. 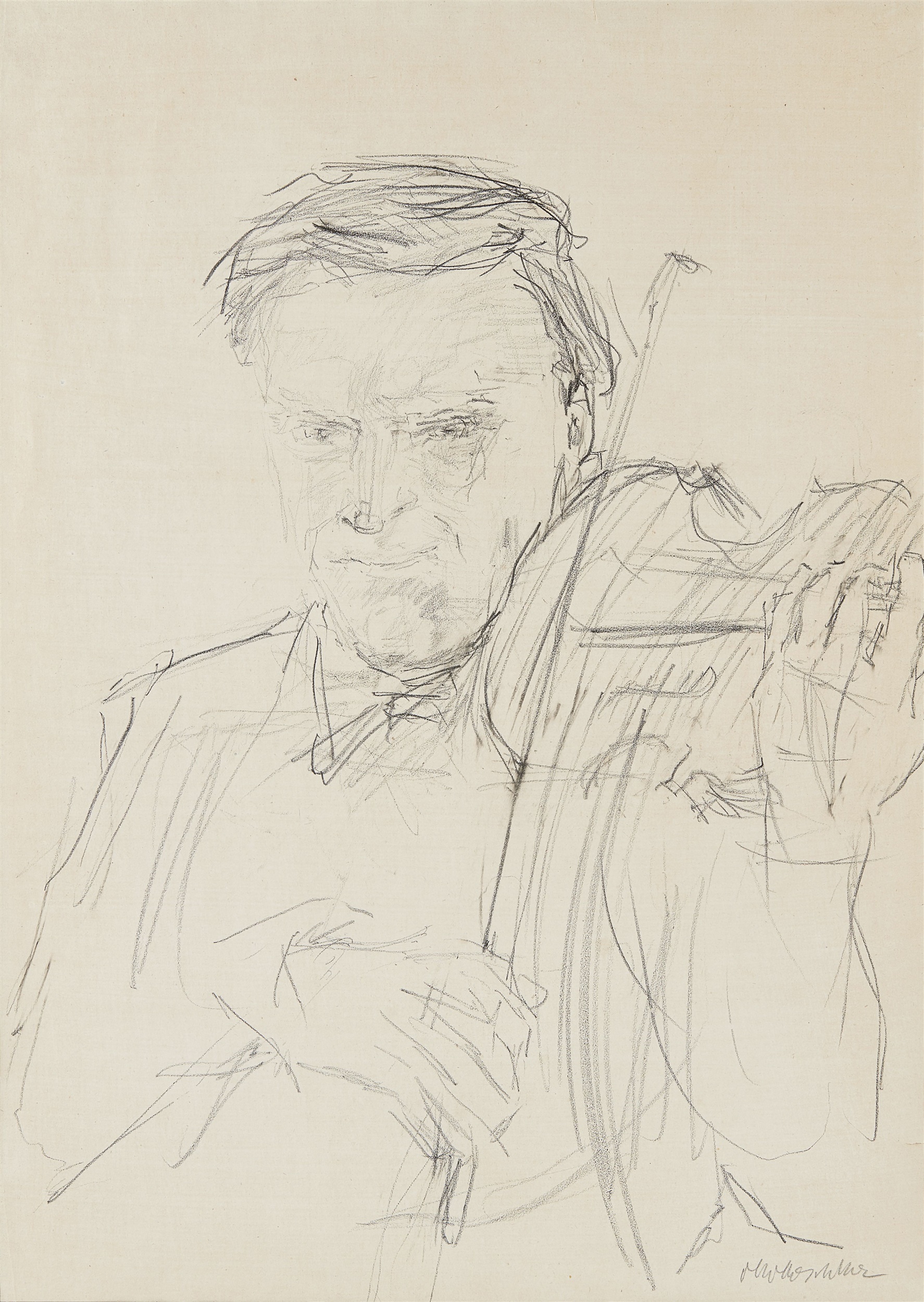 The career of Oskar Kokoschka bestrides 20th century art and culture. Born in Austria in 1886, Kokoschka studied in Vienna in the early years of the 20th century under the influence of the Vienna Secessionists. Exhibiting there from 1908, he also began to publish poems. In 1910, he travelled to Switzerland, following his patron, the architect Adolf Loos, before moving on to Berlin where he had drawings published in Der Sturm. In 1912, now associated with the Expressionist movement and with his career taking off, he began an affair with Alma Mahler, published a novella and gave an influential lecture on ‘The Awareness of Visions’.

After serving with the Austrian army in World War I, Kokoschka turned to landscape painting and began to travel throughout Europe. In 1934, he fled Vienna from the Nazis, by whom his art had been branded ‘degenerate’, moving to Prague and ultimately in 1938 to Great Britain. During the War he lived for some months in Scotland both at Ullapool and Fort William and it was here that he began to make what would become his trademark portraits in coloured pencil.

In 1947, Kokoschka took British citizenship, but in 1953 he settled permanently in Switzerland, with which he had long had close ties. He died in his house near Geneva in 1980.

By the latter half of the 20th century, Kokoschka’s wide circle of friends included some of the most famous musicians of the 20th century, from the composers Anton von Webern and Alban Berg, to the conductor Wilhelm Furtwängler (whom he first met in Rome in 1949), the pianists Sviatoslav Richter and Rudolf Serkin and the violinist Yehudi Menuhin, who in 1957 established a music festival in his name in Gstaad.

Kokoschka made this spirited pencil drawing of Menuhin a year later, in 1958.

He and his wife were close personal friends of the Menuhins and neighbours of theirs in Gstaad, where they would together attend the music festival. We know that Kokoschka personally presented the Menuhins with examples of his work.

What is perhaps most striking about this piece is the musician’s eyes, which the artist has captured in sparkling intensity at a moment of profound concentration.

It is an extraordinary object; much more than a portrait, it is a deeply felt tribute from one towering figure of modern culture to another.