In the second half of the 19th century, Tiffany & Co. of New York entered a period of elaborately designed pitchers and household silver items inspired by the art of Japan came into production. We are delighted to present this circa 1875 'Japanesque' Tea Caddy in our 12 October DESIGN Since 1860 auction.

The opening up of Japan to the world from 1854 resulted in greater trade between the East and West. As part of this exchange, typical Japanese art such as woodblock prints, ceramics and metalware found their way into the studios of major artists in the United States and Europe during the second half of 19th century, including into the libraries of several esteemed silver factories such as Gorham Manufacturing Co. of Rhode Island and Tiffany & Co. of New York. 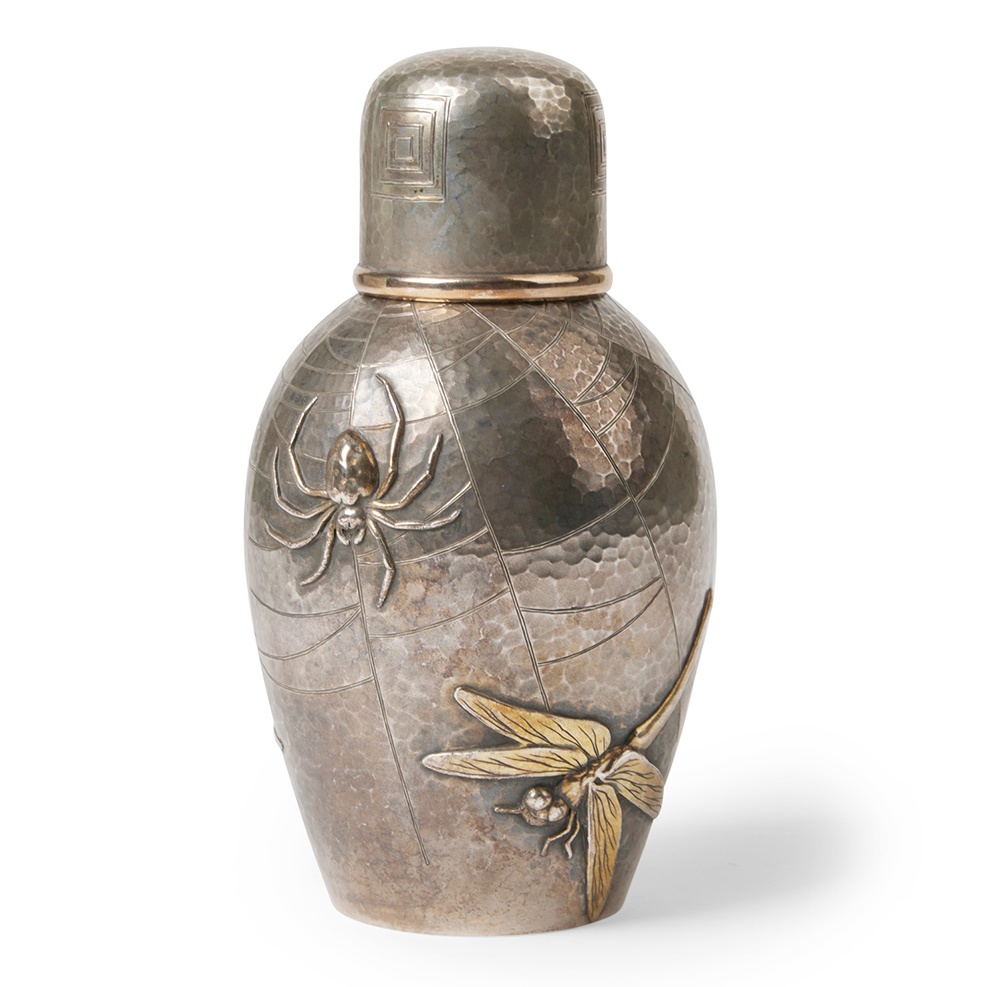 By the late 1860s and early 1870s, exuberant flatware patterns were introduced by both firms, including the Japanese and the Vine patterns at Tiffany & Co. Undoubtedly, Japanese woodblock prints offered inspiration for the artists at Tiffany who strived to translate the appearance of movement and fluidity seen in the two-dimensional Japanese art form into their hollow-ware.

The Victorian progressive designer Christopher Dresser undertook an early visit to Japan in 1876–77 which would deepen his understanding of Japanese forms and transform his own work and manufacturing techniques. While en route to Japan, Dresser visited the United States; in New York, he received a commission from Tiffany & Co. to acquire several thousand Japanese artefacts to similarly inform and inspire their designers.

Given the success and desire for their Japanesque works of art, a period of elaborately designed pitchers and household silver items in the style came into production. Tiffany & Co. displayed one of their most prominent shows at the Paris exhibition of 1878 – a show which won the firm the gold medal for their mixed-metal works of art and from which major institutional and private collectors purchased pieces for their collections.

Wednesday 12 October at 10am