A Large and Unique Ushak Carpet

This November, we are delighted to be offering a large and unique Ushak carpet commissioned and presented in 1930 by Court Assistant Dr. Gerald Moody for the Court Room of the Dyers’ Hall in London in our Five Centuries auction.

The Worshipful Company of Dyers’ Gift Book records that this carpet was commissioned and presented in 1930 by Court Assistant Dr. Gerald Moody. The carpet remained in the Court Room from that time until its recent removal as part of the hall’s renovations, which commenced in 2018; the most significant works since the building of the hall in the 19th century.

Henry VI granted the Guild of Dyers their first charter in 1471, confirming that the guild had the authority to control the quality of workmanship and hence the reputation of London dyers. Once the guild became incorporated by charter, it was legally possible for it to own land and their first hall was then acquired in 1482. Over the centuries the Dyers have had several halls, both on the riverside and at the current site. The present Dyers’ Hall, occupying a corner position at the junction of Dowgate Hill and College Street in the City of London, was designed and built by the aptly named architect Charles Dyer in 1839-41. The hall is listed Grade II* and is a Scheduled Ancient Monument.

The Court Room, occupying the same space as the previous hall, faces out on to College Street. It is used for the monthly meetings of the Court of Assistants and several dinners each year. Some of the furniture and furnishings were transferred from the old to the new hall, but whether or not the carpet in the Court Room was new at the time the building was finished in 1841, it was no longer at its best by the time Dr Moody offered to replace it with a bespoke commission.

Dr Gerald Tattersall Moody DSc. FCS. (1864-1943) was initially a chemist although later read for the bar and was called in 1910. He also took a keen interest in finance and applied his analytical mind to investing. He became chairman or director of a number of companies and had a high reputation in the City. Dr Moody joined the Livery in 1918 and became Prime Warden of the Dyers in 1935.

The Dyers' Carpet in the Court Room at a meeting of the Court of Assistants in 1966 | © The Worshipful Company of Dyers, Dyers Hall

When Dr. Moody commissioned this impressive carpet for the Court Room, the city of Ushak in the new Republic of Turkey had established a significant reputation for the production of large scale good quality carpets designed for European tastes and room sizes.

Ushak (or Uşak) in Western Anatolia, and its surrounding region, has a long and illustrious history of carpet weaving. In the fifteenth century it produced carpets for the Ottoman court in Istanbul and from the sixteenth century on it was one of the largest producers of commercial carpets for Europe. With revitalised demand from the late 19th century onwards, the carpet weaving trade in Ushak boomed once more. Mary Beach Langton notes in her book How to Know Oriental Rugs, published in 1904, that: “at Oushak [sic], alone, it is estimated that from five to six thousand weavers and dyers are employed. And here the best rugs are made…They are usually of good wool, often of permanent dyes” (p177).

An Ushak production would thus have been an obvious choice for a good quality carpet on a grand scale for the principle room of the Dyers’ Hall. The Company notes that to produce a carpet of this size required a specially built loom to be constructed at the time.

Almost a century on, a new bespoke carpet was commissioned to mark the 550th anniversary of the Company Charter and it is now time for the Dyers’ Hall Ushak to find a new home.

Lyon & Turnbull have developed a strong reputation for the sale of Rugs & Carpets, both through our Scottish auction house in Edinburgh and via live online auctions. Our specialists are knowledgeable, not only about rugs and carpets, but also the current marketplace, an essential combination that leads to successful sales of Oriental carpets and hand-woven textiles from regions such as Turkey, the Caucasus, Tabriz and across the Middle East and Asia. 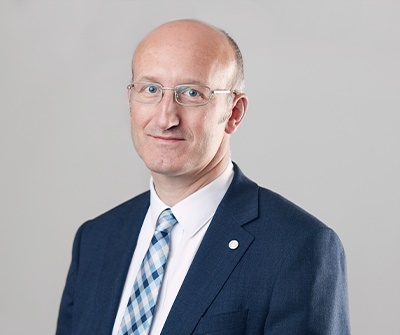