This November, we are delighted to be offering a collection of Clowes & Sons’ Excelsior Marionettes, part of a fairground touring troupe during the late 19th century, in our Five Centuries auction.

In the 1860s, travelling marionette shows were a common sight either on their own or at fairgrounds. This peripatetic nature makes them one of the most ephemeral of Victorian entertainments, since they left no buildings, very few printed bills, posters, or scripts, and only a handful of actual puppets survive, which makes this little collection of marionettes so special. 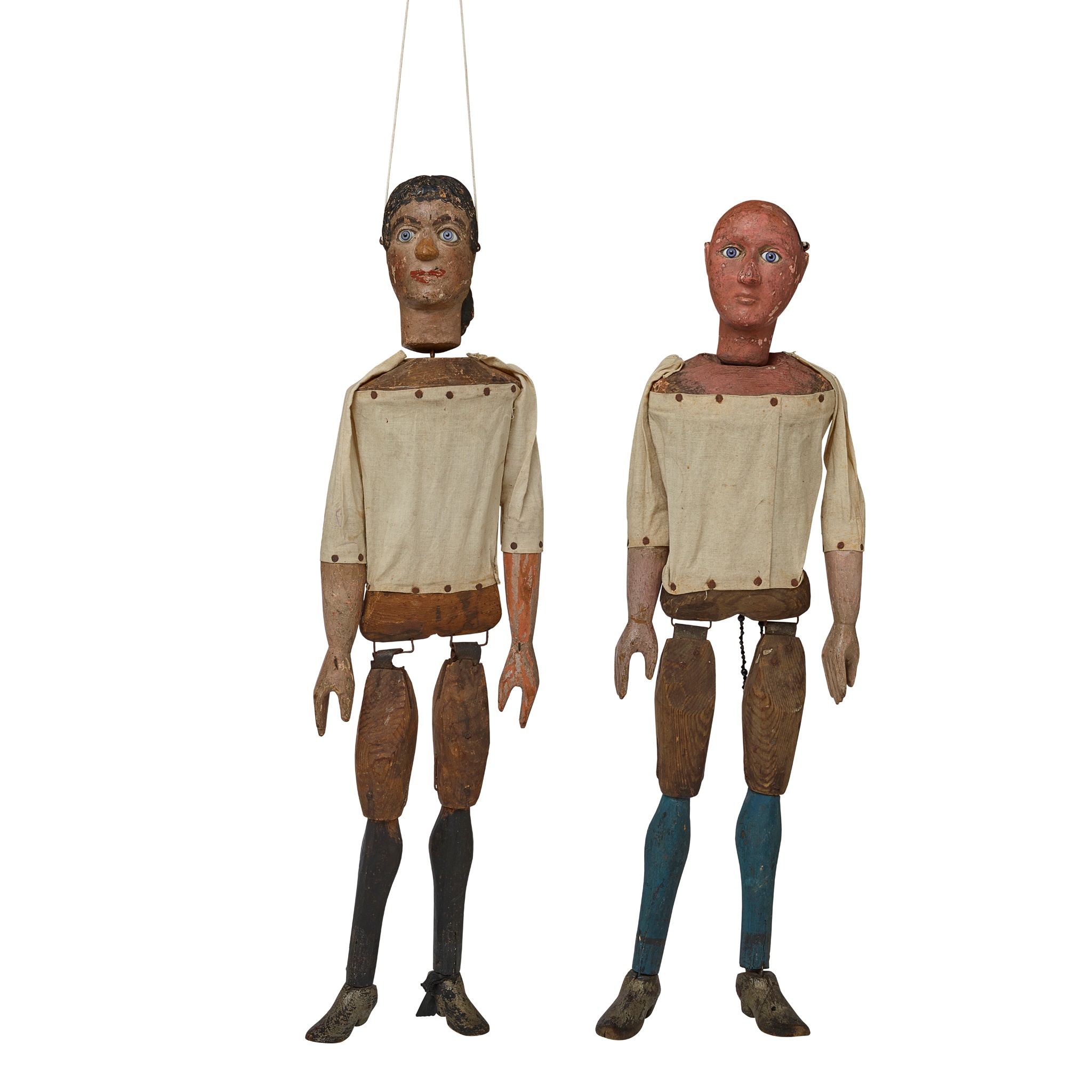 Travelling shows were performed by family troupes, and amongst the most famous was the Tiller-Clowes troupe. The company was created in the second half of the 19th century, when Ambrose Tiller was hired by the great marionette proprietor John Simms. In 1863 Simms’ partner, John Hunt, was killed while dismantling the booth in a storm. His widow Eliza Cheadle, a member of a travelling company, became the partner, both privately and professionally, of Ambrose Tiller. Her daughter by John Hunt married John Clowes, who belonged to another well-established theatre company from the Birmingham area.

Soon there were half a dozen Tiller and Clowes companies actively performing around the country, with varying family members entering into partnerships, or going off on their own. The Clowes were well-known as puppet makers, and many of the surviving Tiller marionettes were probably made by them. 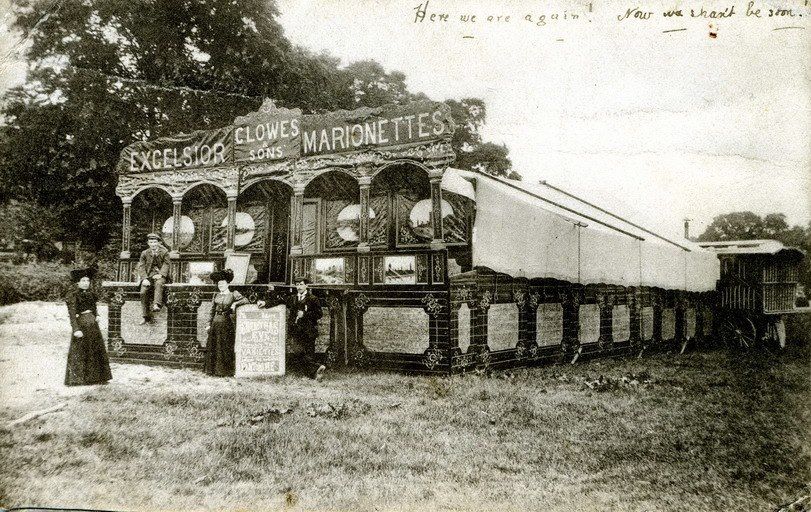 The present group are all Clowes & Sons’ Excelsior Marionettes, a troupe founded by William Clowes after dissolving his company with Walter Tiller in 1894. Clowes’ troupe would tour up until his death in 1916. This group of marionettes was originally purchased by Harry William Whanslaw, the British author, illustrator and puppeteer who contributed to the revival of interest in puppet theatre in Great Britain from the mid-1920s. He acquired a large collection of Clowes puppets in 1936 that had been packed away in crates after William Clowe’s death in 1916. In his own report, he mentions how much the marionettes had suffered during their ’imprisonment’, how the clothes were extremely dilapidated, and his subsequent work to reconstruct them.

In 1939 Florence Lillian Bartley Finn, mother of the current vendor, started enquiring about purchasing some of his marionettes, as is recorded in letters accompanying the collection. Due to safety concerns in the early years of the Second World War, Whanslaw could not risk shipping them to her in the United States, where she had moved from the UK. The purchase finally happened in 1941, and the marionettes stayed in her family until now. Florence’s daughter painstakingly created new costumes for each marionette, based on her own research and how each puppet ‘spoke’ to her. In April 2012 they memorably appeared in a segment of the Antiques Roadshow with Bunny Campione where they delighted a crowd once again.