Highlights from our Five Centuries Auction

This November, we are delighted to present select contents of Careston Castle to auction in our Five Centuries sale led by an impressive William IV 'June's Patent' extending dining table by Johnstone, Jupe & Co.

Careston Castle lies in rolling farmland set against the backdrop of the heather-clad Angus Glens near the town of Brechin.

The castle has a long history with the original keep begun in the 13th century. Its name was derived from Keraldus, dempster to the Earls of Angus. Nothing remains of the earlier keep as it was likely incorporated into the heart of the current castle when it was built in the late 16th century. The ‘new place of Carraldstone’ was a tall, L-shaped house ordered by Sir Henry Lindsay of Kinfaines, later 13th Earl of Crawford, a high-ranking court officer to the Earls of Angus. 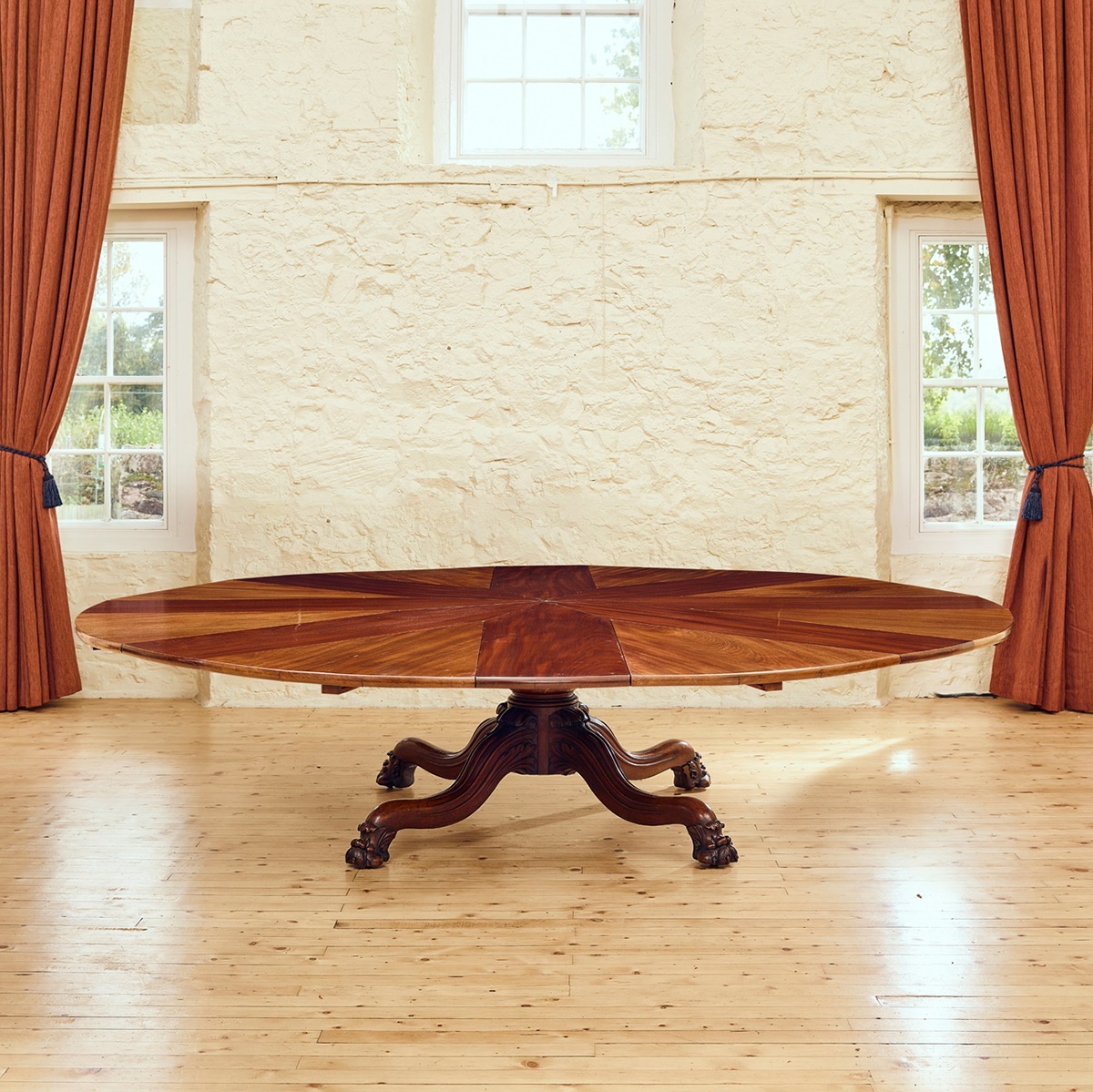 Sir Henry is said to have sold the estate to Adam Rae, a merchant from Edinburgh, in 1612. Soon after that it was acquired by Sir Henry’s nephew, Lord Spynie, who revamped the castle’s interior in the course of the 1620s. The next owner was Sir Alexander Carnegie, who shared Lindsay’s passion for heraldic treatments, which may account for the elaborately carved pink-sandstone chimneypieces which are believed to be some of the finest in Scotland. The example in the hall has an enriched cornice and an overmantel with the Royal Arms of Scotland. There are also fine surrounds in the dining-room, and the central and east bedrooms on the second floor. These designs are thought to be derived in form from designs in Jacques Androuet du Cerceau’s second book published in 1561, embodying Scotland’s strong links to France during the 16th century. [1] 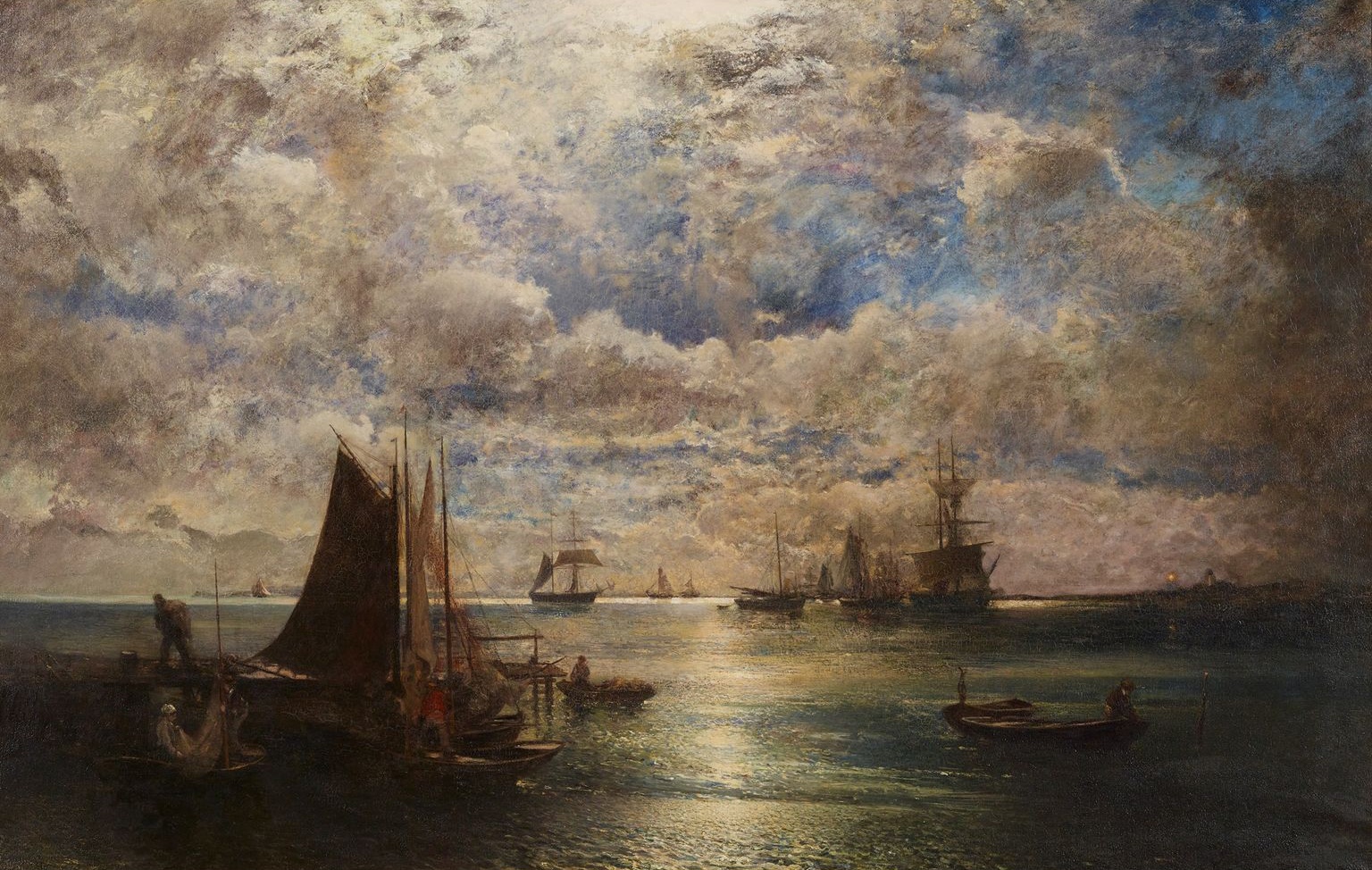 In 1682, John Ochterlony described Careston as a ‘great and most delicate house, well built, brave lights, and of a most excellent contrivance, without debait the best gentleman’s house in the shyre; extraordinaire much planting, delicate yards and gardens with stone walls, and excellent avenue with ane range of ash trees on every syde, ane excellent arbour, – for length and breadth, none in the countrey lyke it’ [sic].

The castle was then acquired by Sir John Stewart of Grandtully & Murthly in 1701, who added a wing to create a symmetrical, U-shaped, four-storey house of five bays with short projecting gables at each end, his coat-of-arms holding pride of place above the front door. By 1721, the castle was owned by Maj George Skene and passed down through his family to his great-granddaughter, who married Alexander, 3rd Earl of Fife. In about 1790, a grandiose staircase hall was added at the rear and the 16th-century corner turrets were embellished with crenelations in the Gothic style.

Careston was purchased from the 5th Earl of Fife in 1872 by John Adamson, the son of a Dundee whaling captain and owner of the Erichtside linen works at Blairgowrie. He made some alterations to the layout of the back of the castle and also added a loggia at the front which is how it looks today. 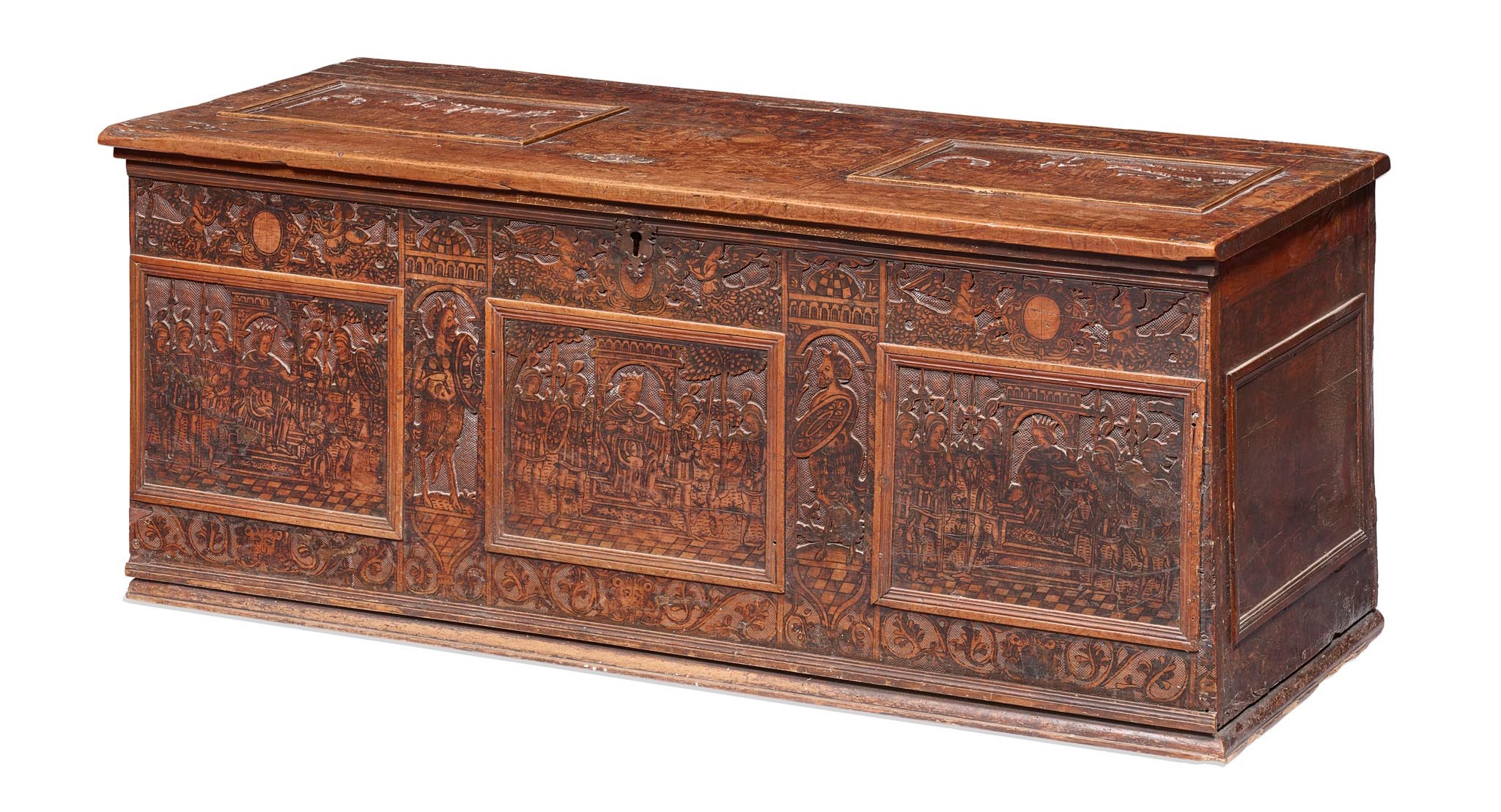 After almost 150 years within the Adamson family the castle has now changed hands again and we are delighted to have the opportunity to offer selected contents to new owners, to enhance their own collections.