Precocious, confrontational, full of swagger - John Bratby was the enfant terrible of 1950s British Art. We were delighted to present four works by Bratby perfectly embody the style and subject-matter of this most unique artist in our October 2022 MODERN MADE auction.

Bratby was the enfant terrible of 1950s British Art – precocious, confrontational, full of swagger – who turned his razor-sharp eye and mordant wit on a world undepicted by many artists of the time. Bratby mined both the simple pleasures and existential pain of domestic life, particularly the bohemian poverty in which he and his fellow ‘Kitchen Sink’ painters lived. His is an art of drabness but also of burning passion – an art of contradiction – often expressed in the paint itself, which on first glance appears prosaic, hemmed in between thick black outlines, but when seen close-to is a celebration of texture and colour and the expressive quality of brushstrokes themselves. 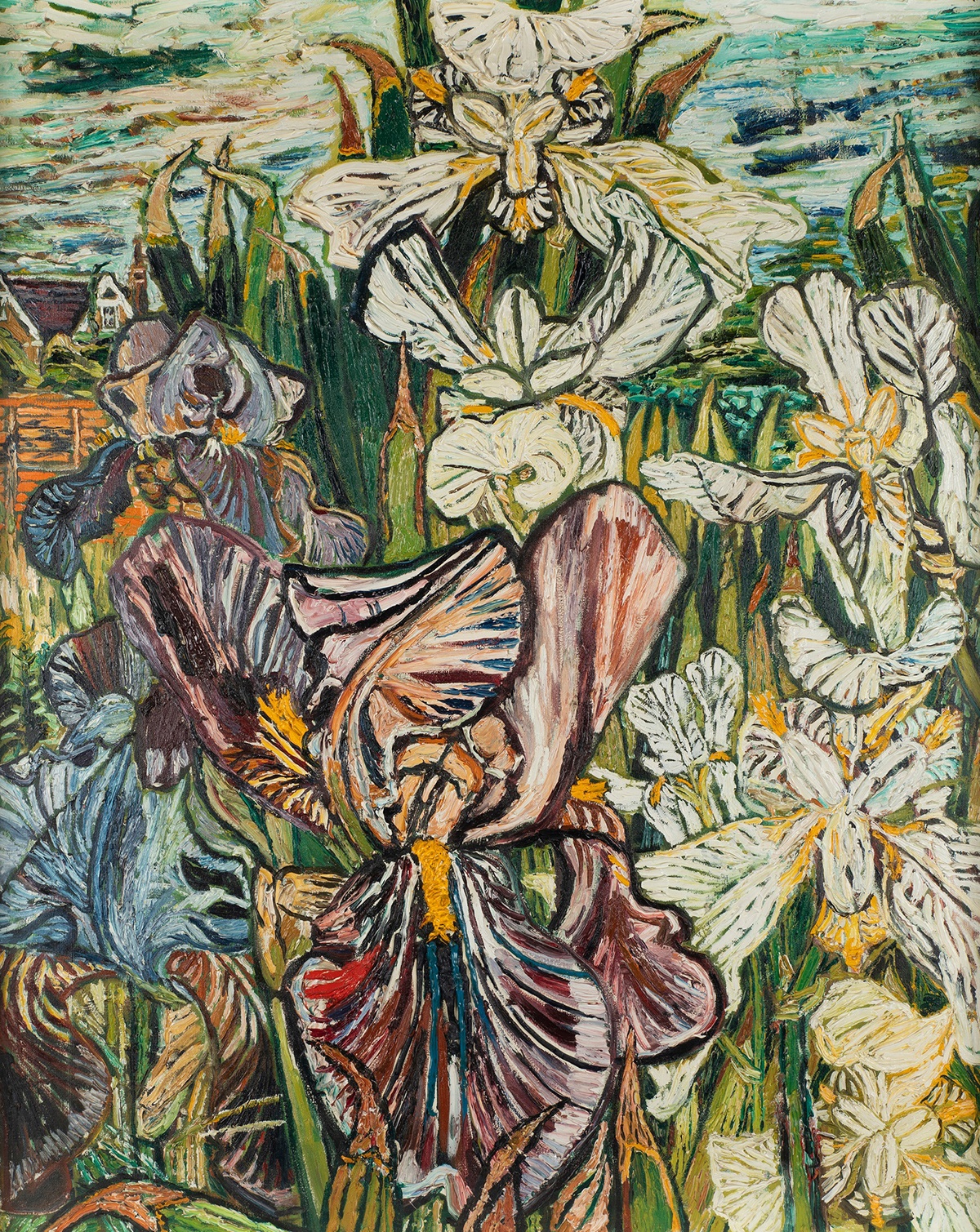 Like his (now far more fêted) contemporaries, Frank Auerbach and Leon Kossoff, Bratby’s key interest is that the objects in his painting – people, still life, flowers – have a weight and presence that is equivalent to their weight and presence in real life. In White and mauve Butterfly Irises, the flowers in an ordinary suburban garden take on an almost human presence (John Wyndham’s dystopian sci-fi novel, Day of the Triffids, was written in 1951). It’s the everyday seen as extraordinary – essentially a Surrealist idea, with these overgrown flowers as personnages, actors in our experience of the world around us. In Boats and David, the two fishing boats drawn up on the shingle are realised with a heavy clarity, whilst the portrait of his son is unresolved, blurred, which, in turn, gives the boats a slightly eerie quality: why are they in focus but the boy isn’t? 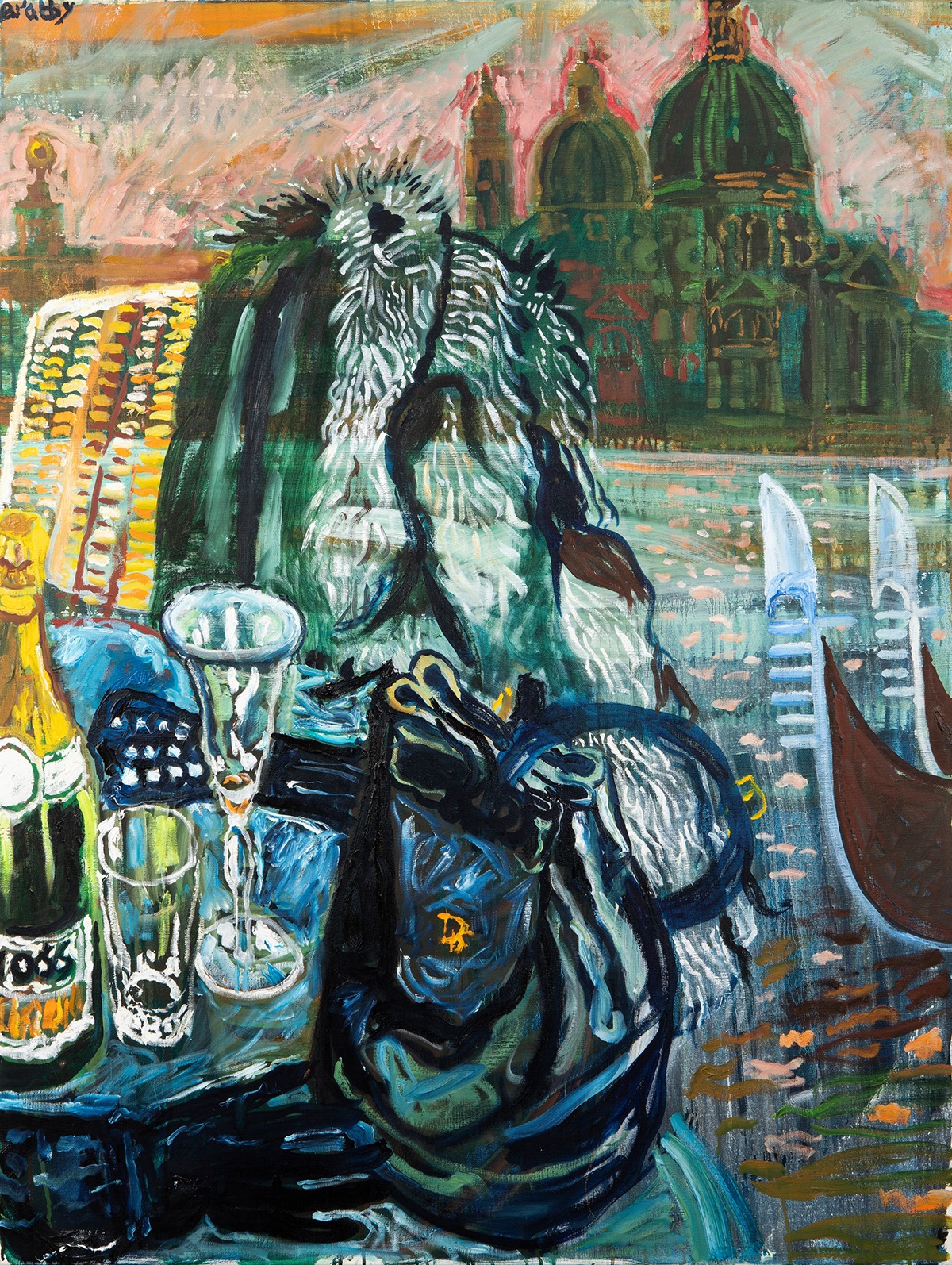 From the Terrace, Gritti Palace, Venice is a later work, from the period where Bratby’s new status as part of the art establishment ran counter to his still chaotic personal life, increasingly marred by drink. In some ways it is a painting as far removed from his early work that defined the ’Kitchen Sink’ aesthetic: grimy cisterns full of washing up here replaced by ice buckets and champagne. Yet in the rendering of the dome of the church of the Salute, in ghostly hues reminiscent of Sickert – that other great British painter of the dirty corners of modern life – Bratby still imparts a psychological undertone, even to this depiction of calme, luxe et volupté.

*All sold lots include buyer's premium