Born in Barcelona in 1893, Joan Miró i Ferrà is one of the most acclaimed painters, printers, sculptors and ceramicists of the 20th century. Notable for his interest in the unconscious or the subconscious mind, the Catalan artist’s innovative use of line, organic shapes, and colour represented a major contribution to Surrealism.

From the age of 14, Miro showed an interest in following a creative path, enrolling in the art academy in his hometown followed by a period in Francesco Gali's Escola d'Art from 1912-15. During this period, he received his first commercial break-through, encouraged by friend and dealer Jose Dalmau, who organised his first solo show at his gallery in Barcelona in 1918, an exhibition which displayed Fauvist and Cubist-inspired early works. The following year the artist settled in Paris, and it was here that he truly began to flourish as an artist. Often visiting Picasso, as well as immersing himself in Dada and Surrealist circles, it was in the French capital that Miro’s abstracted style as we know it began to take shape. Works from this time render humans and animals as indeterminate forms and include paintings such as Dog Barking at the Moon (1926) and Painting-Poem (1925), the latter selling for nearly £17 million at Christie’s in 2012.

At the end of the 1920s and into the early 30s Miro became increasingly experimental, incorporating painted stones and found objects into surrealist sculptures as well as testing the boundaries in other media such as collage, papier colles (pasted papers), and lithography. Like his compatriot and peer Pablo Picasso, Miró had an unwavering commitment to printmaking, producing more than 2,000 in the medium. Filled with biomorphic forms, geometric shapes, and abstracted and semi-abstracted objects, printmaking satisfied the artist’s fondness for graphic work and calligraphic lines. Though travelling extensively throughout the rest of his life, the artist continued to make frequent visits to printing studios wherever he was, and within these works, there is a noticeable shift towards abstraction over the years. In comparison to his paintings which often reach prices exceeding the tens of millions of dollars, Miro’s prints are available at a much more accessible price range which in turn increases their popularity as collector items.

Joan Miro died on Christmas day, 1983, however his works continue to be held with acclaim in the collections of the Art Institute of Chicago, The Museum of Modern Art in New York, the Tate Gallery in London, and the Fundació Joan Miró in Barcelona, a museum dedicated to the artist and his legacy. 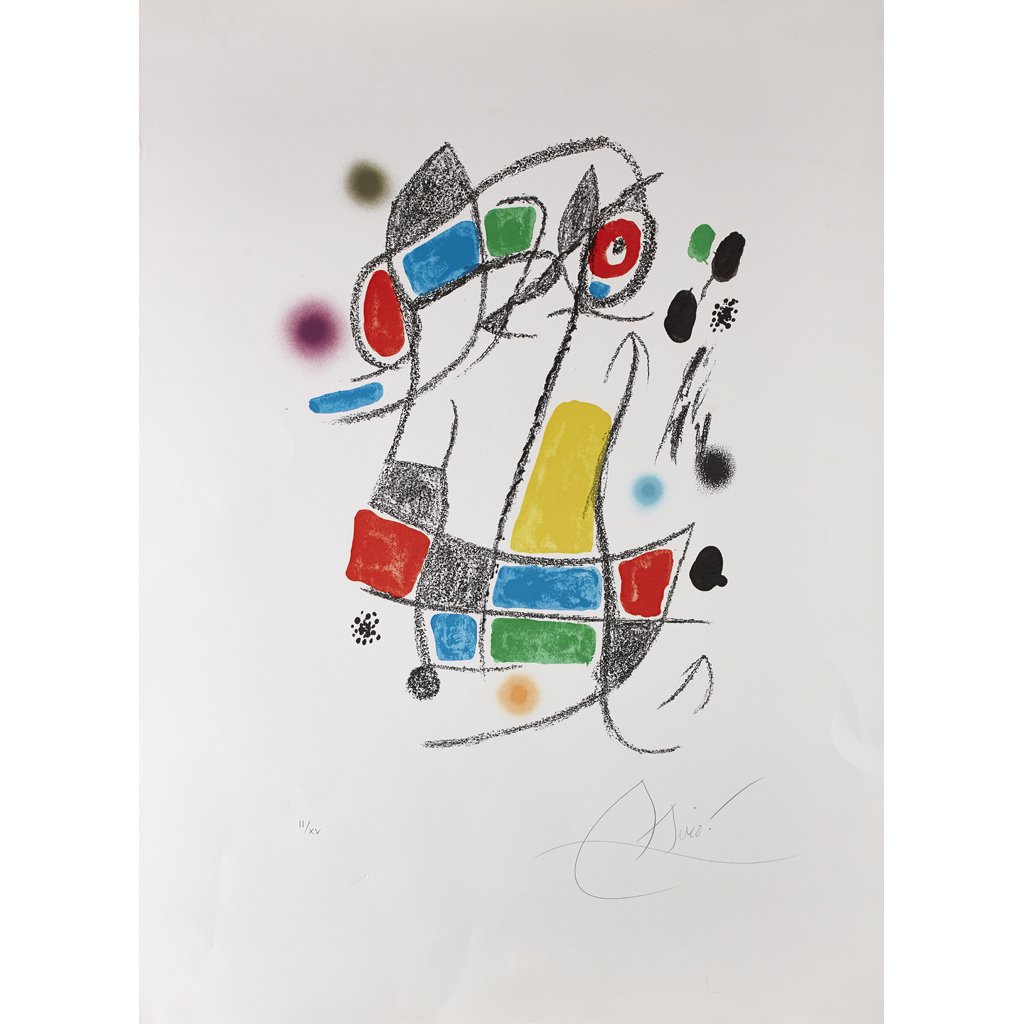 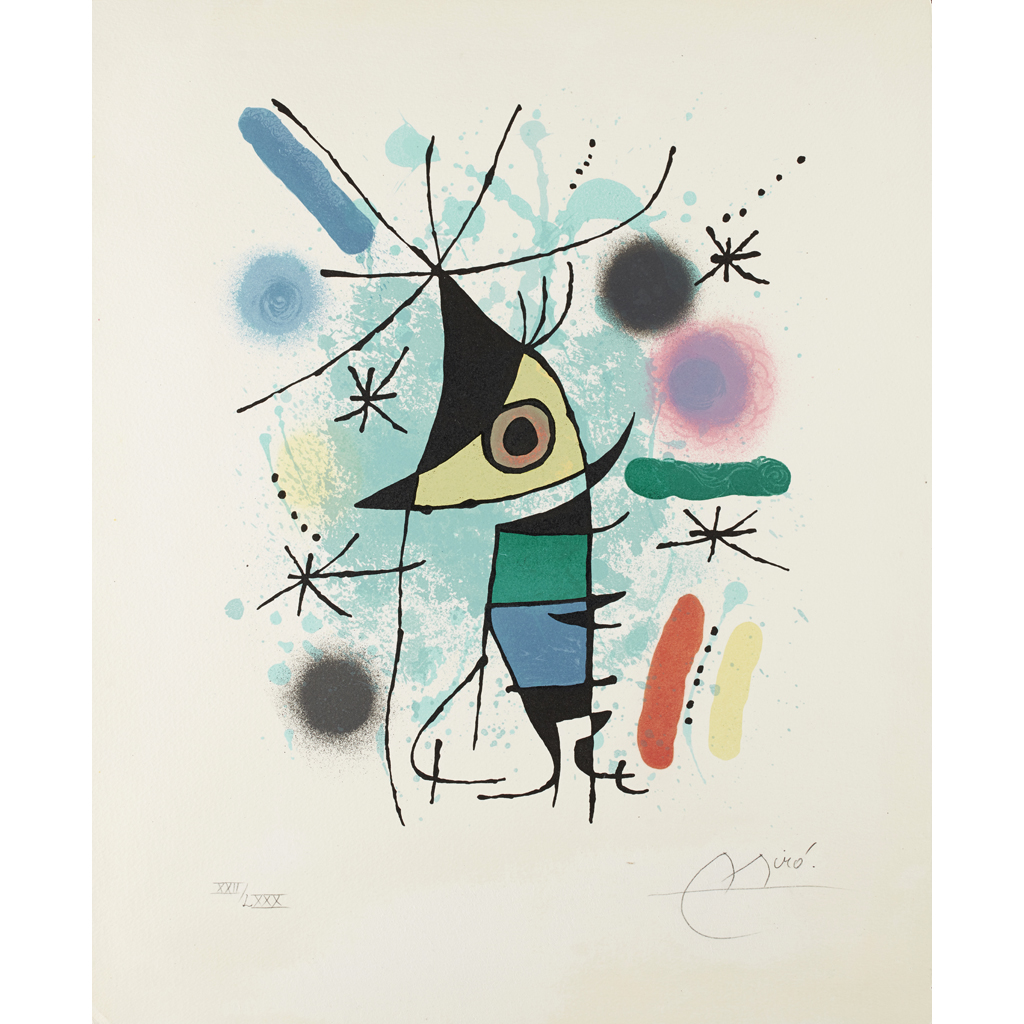 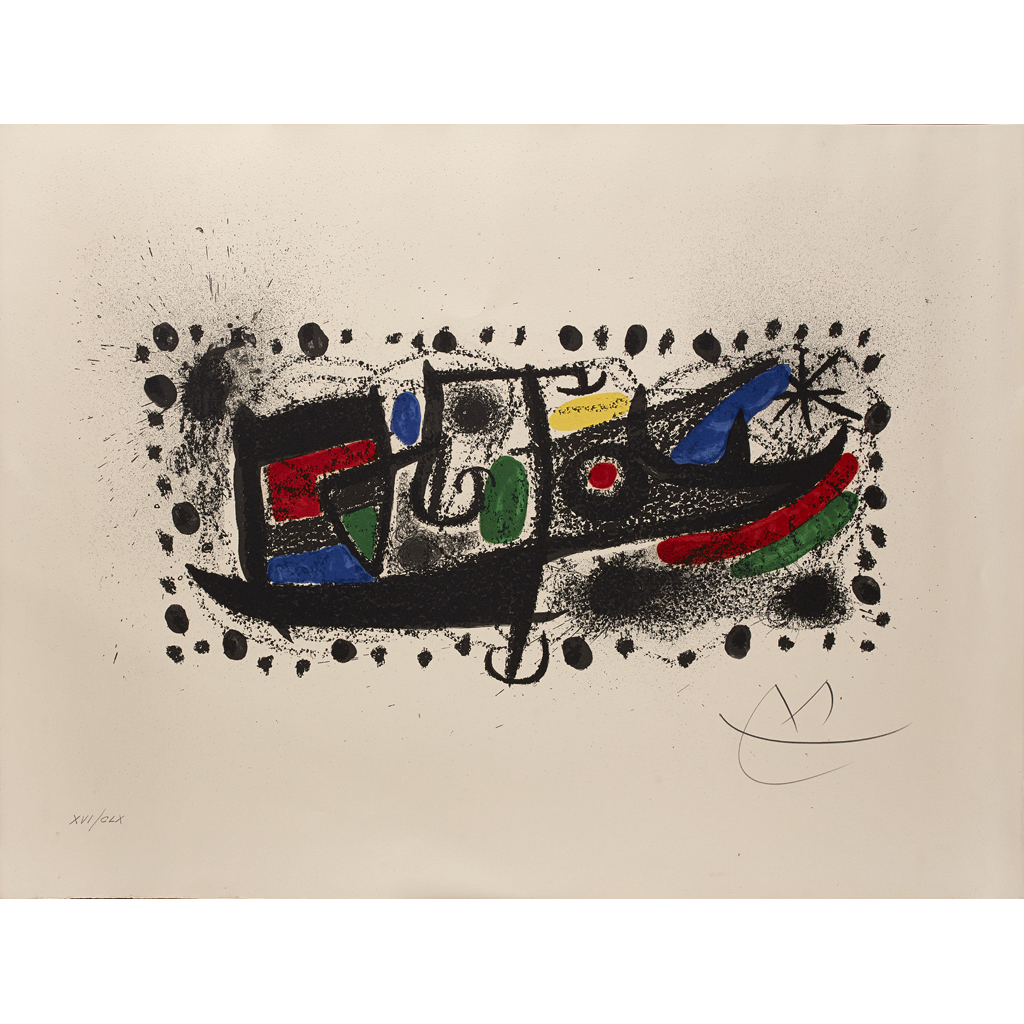 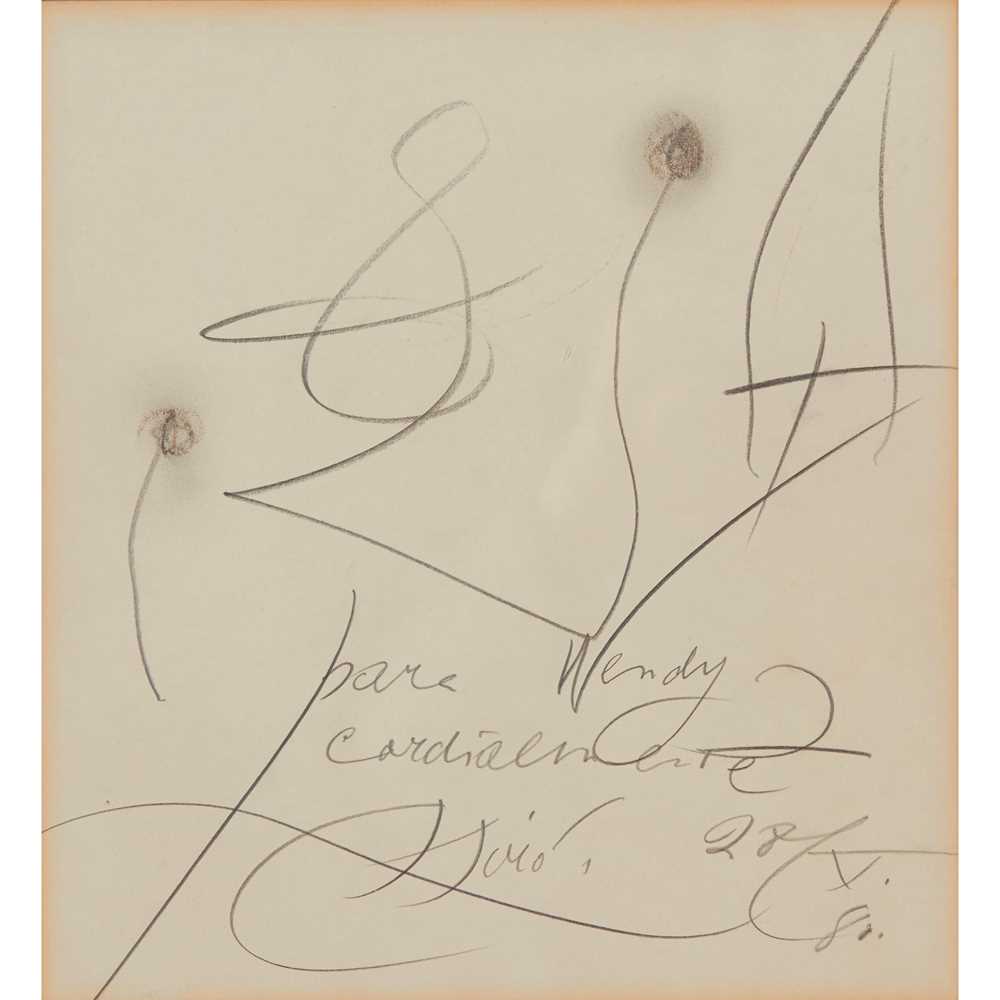 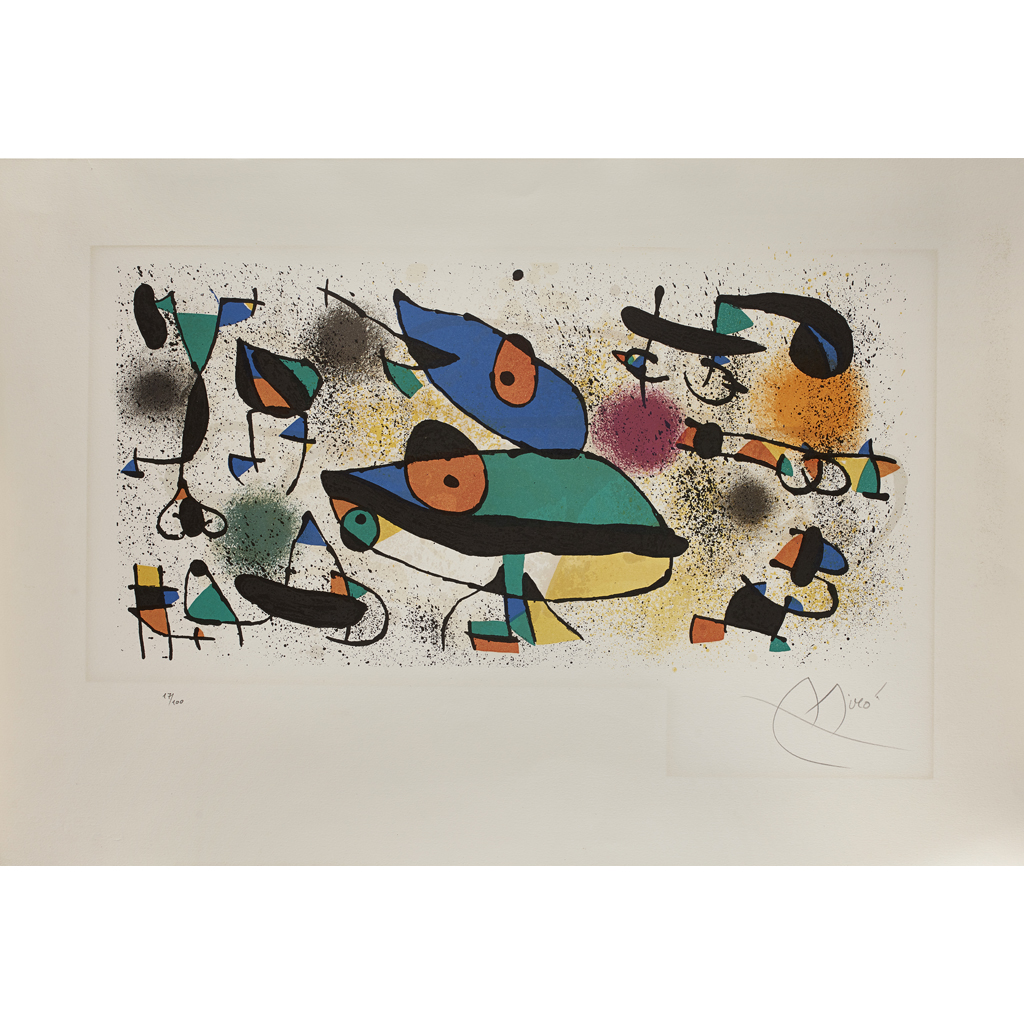 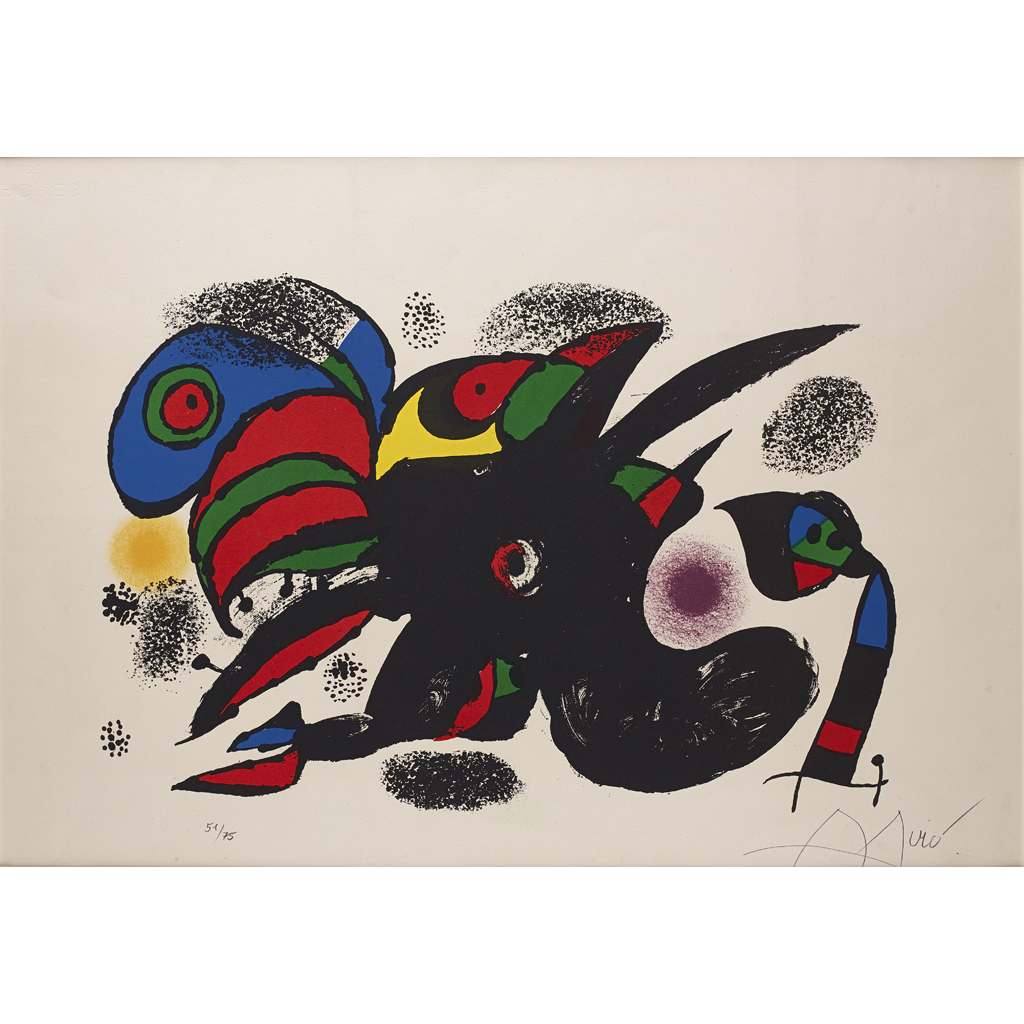