Operating since 1826, Lyon & Turnbull are one of the longest established fine art and antiques auction houses in the United Kingdom. In the 21st century, we combine dedicated personal advice and attention with innovative, thoughtful marketing and a deep understanding of the world of art and antiques to offer an unparalleled auctioneer service.

We hold approximately 35 auctions per annum, including specialist categories such as Scottish paintings, British & European paintings, Asian works of art, jewellery, silver, antiques, books, furniture and contemporary art and design. For details of the categories of art and antiques we sell, please visit the departments page. 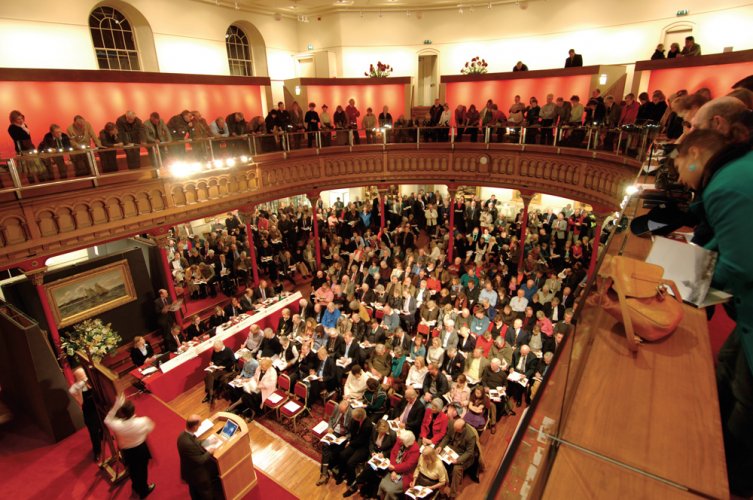 In addition to our specialist auctions, our raison d'etre are single-owner collection sales. Each one carefully crafted to accentuate the quality and uniqueness of the particular collection, generating un-missable events for collectors, and high (often record) prices for our clients.

Lyon & Turnbull operates internationally, providing valuation and auction services worldwide, and ensuring our client's works of art and antiques are seen, desired, and purchased by the world’s largest art markets in Europe, America and Asia.

"You did everything you said you would in respect to marketing the collection and I think the enormous interest generated was testament to that. Creative, passionate and enthusiastic - exactly what you promised us!"
Jonathan Brown, Drambuie Liqueur Company

We maintain offices and galleries in London and Glasgow, and our neoclassical headquarters and saleroom in Edinburgh is, we believe, the most beautiful in the UK. We also maintain an alliance with the oldest auction house in the USA, Freeman's, to take advantage of their Philadelphia salerooms and well developed client contacts.

However, our international reach and commercial success are only part of our appeal. The real reason why our clients choose us over our competitors is the knowledge and approachability of our experts, and the efforts we make to understand and fulfil our clients’ tastes and needs.

Expanding its reach into the international market, Lyon & Turnbull formed a marketing alliance with Freeman’s of Philadelphia, in 2000.

Freeman’s holds an esteemed place in America’s history as its oldest auction house, and as one of the country’s first family owned businesses. For seven generations, since 1805, Freeman’s has made up an integral part of the country’s auction culture, taking part in countless, often historically significant sales of jewelry, fine art, furniture, and antiques on behalf of private collections, estates, and museums.

The company began by the efforts of a printseller who came to America from London, Tristram Bamfylde Freeman. After an order from Pennsylvania Governor Thomas McKean, Freeman was appointed to the office of auctioneer in Philadelphia, where he subsequently began the company. Over the years Freeman’s has grown both nationally, opening regional offices throughout the US, and internationally, expanding into the European market after forming the alliance with Lyon & Turnbull. The current Chairman of Freeman’s is Samuel M “Beau” Freeman II, the sixth generation of the Freeman family to run the auction house. 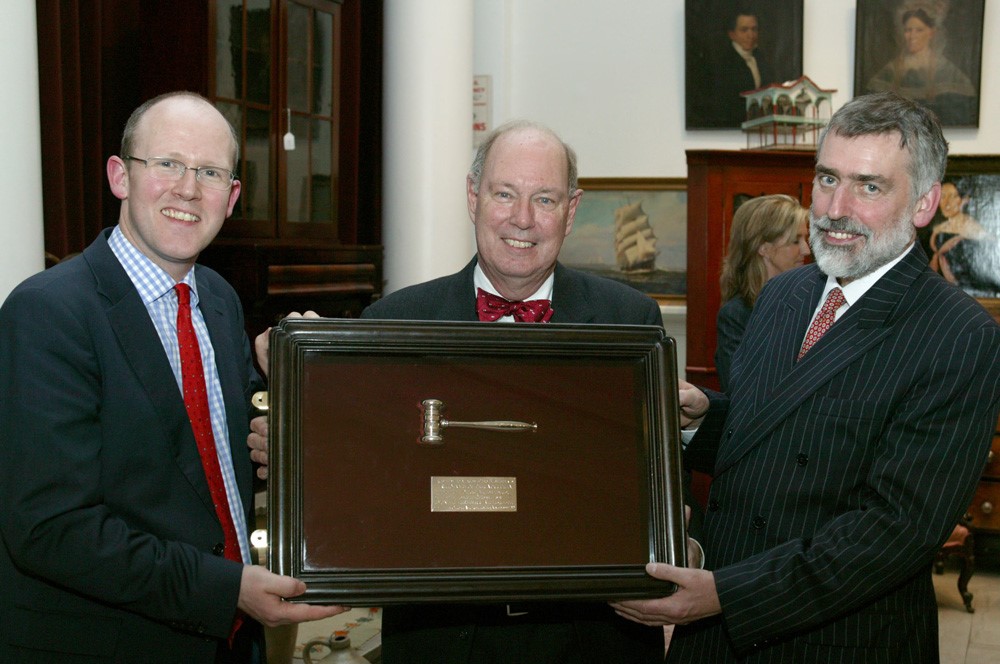 This alliance boosts sales potential in the US market, while maintaining one of the core values of both companies: one-to-one client service.

Our joint magazine, International View is produced twice a year – highlighting both past and upcoming sales for both houses as well as editorial pieces about other areas of the art world.

"Having recently commenced business as auctioneer and appraiser, I take the liberty most respectfully to solicit your patronage..."

Established in Edinburgh in 1826, Lyon & Turnbull are Scotland's oldest firm of auctioneers. In the nineteenth century the firm conducted regular auctions in Edinburgh, handling a bewildering variety of art and antiques including such highlights as furniture from the Queen's residence at Balmoral. In the early 1840’s Lyon & Turnbull moved premises to George Street, and continued selling fine art and antiques at this address (changing ownership in 1864) for over 130 years until 1999. The legacy of Lyon & Turnbull’s George Street premises can still be seen, as some of the old signage is still visible on Thistle Street Lane North.

In 1999 Lyon & Turnbull was acquired by a group of auctioneers previously part of the Phillips team, an auction house that was the third largest in the world during the 1990s. They were joined in the enterprise by Sir Angus Grossart, Chairman of one of Scotland’s leading merchant banks Noble Grossart and a past Chairman of The Trustees of the National Galleries of Scotland. The company's stated aim on regeneration was: "To rescue a national institution for Scotland and to establish a high quality auction house with an international footprint from a base in Edinburgh."

Since re-launching, Lyon & Turnbull has become the largest and most successful auction house in Scotland, and has become respected internationally as a diligent and trusted firm of auctioneers.

We are very proud of our stunning saleroom in the centre of Edinburgh.

This building is an important example of the work of Archibald Elliot (1760-1823), one of Scotland's leading architects in the early 19th century.

Designed and built as a church for the great and good of Edinburgh’s fashionable New Town, the design is somewhat unusual due to Elliot’s adoption of the Greek Revival style for an ecclesiastical commission. The church construction began in May 1820 and it opened for its first service in May 1821. A plan and elevation signed by Elliot shows that he originally intended the building to have a tower and spire, but, perhaps for financial reasons, these were never built. The ceiling rose in the auditorium originally held a large octagonal gasolier, which was removed in 1853.

Broughton Place Church featured in the 1981 multi-Oscar winning film Chariots of Fire. The Broughton McDonald congregation left in 1991 and most of the interior furnishings were dispersed; the organ and organ screen being relocated to a church in Italy. Malcolm Fraser Architects won the Edinburgh Architectural Association Regeneration/Conservation Award and Roses Design Award in 2006, having completed the conversion of the church to an auction house in 2003.

Today the auction house is a bright and airy space, combining the grandeur, materials, and high quality workmanship of the past with a distinctly modern design aesthetic. As such, the Broughton Place saleroom is perfectly suited to Lyon & Turnbull’s style and we are proud to be the guardians of the grade-A listed property for future generations of architecture, art and antique lovers.