With its myriad shapes and patterns, Wemyss Ware is the most collectable of Scottish potteries, and its very distinctive decorative style has charmed collectors all over the world.

In the last quarter of the nineteenth century there were a great number of potteries in Scotland producing quantities of domestic ware, but very little was being made for the large country house. The most stylish and ornamental pots were made by Peter Gardner at the Dunmore Pottery in Stirlingshire. With support from the Countess of Dunmore, Gardner was visited by the Prince of Wales (later to become Edward VII) and Queen Victoria is said to have bought several pieces.

Robert Methven Heron, a fourth generation potter running the Fife Pottery in Gallatown, Kirkcaldy, saw the success of Dunmore and developed a strategy to win a share of the lucrative country house market. He gained vital patronage and introductions from Miss Dora Erskine-Wemyss of nearby Wemyss Castle, who became Lady Henry Grosvenor when she married in 1887. The artistic and well-travelled Heron also brought a team of middle-European gilders and decorators to Kirkcaldy. All but one left within a short space of time, but the one with exceptional talent stayed: Karel Nekola, born in Bohemia in 1857. Apart from Nekola himself, the most creative painters were probably James Sharp, and Edwin Sandland who painted this rare cat with pink cabbage roses. 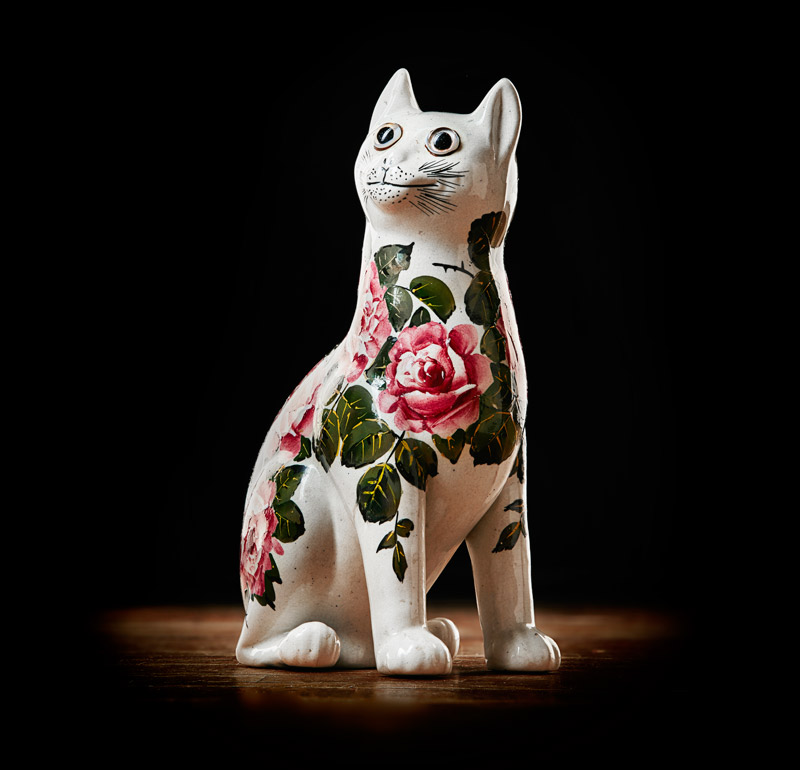 Cats are rare to find and sought after by collectors as are the modelled pigs, large and small in their commonplace and rarer patterns and colours. The artists of the Wemyss factory brought the garden, orchard and farmyard into the house in an entirely original way and ensured a lasting popularity for this colourful and exuberant pottery.

GET IN TOUCH FOR AN AUCTION VALUATION

For a complimentary valuation or to consign items to this auction, contact us today:

In 2015, Lyon & Turnbull commemorated the 300th anniversary of the 1715 Jacobite uprising with the inaugural Jacobite Sale - a specialist auction that showcased the cross section of the arts of the period that played such an important role within the Jacobite movement; from the traditional portraits, miniatures, fine silver, antique arms and rare manuscripts to the romantic and provoking relics of the rebellion alongside superb examples of Scottish Applied Arts. The popularity of this auction continues to this day.