Vicenza: A City of Gold

In October 2022, our Select Jewellery & Watches auction featured a superb selection of gold jewellery crafted in Vicenza. Join Head of Jewellery, London Charlotte Peel as she discusses the history of jewellery production in Vicenza.

Vicenza is a jewel of a city in every sense of the word. Its dense jumble of old pastel-toned buildings that occasionally give way to some of the 16th century’s most elegant Palladian architecture, mask an industrial might that has made this small city Italy’s most productive capital of jewellery.

Nearly two-thirds of all the gold jewellery produced in Europe comes from Italy, while most of the mid to high-end jewellery and one-third of all gold jewellery in Italy comes from the Vicenza area. Which explains why close to 10% of the 100,000-plus population is employed in the jewellery sector. The local legacy of jewellery-making predates even the cobbled streets: As far back as 600 B.C., the Vicentini were crafting fibula and other ornaments in bronze. But it was the 14th century, with its emphasis on craft and guilds, that crowned Vicenza as a prominent centre of the jewellery arts and made its jewellers’ guild a political force among the nobles and merchants.

Vicenza’s heart is the Piazza dei Signori and the storefronts of 10 independent jewellery businesses. There were already 15 such shops on this piazza in the 1300s. The piazza is dominated by the slightly leaning 14th-century Bissara clock tower; by two towering columns, topped by statues of Christ the Redeemer and the winged lion that symbolizes Venice, the lagoon city about 50 miles east that ruled Vicenza in the 15th century; and by the 16th-century Basilica Palladiana, with its stately double row of white marble arches by Andrea Palladio, the most influential architect of the Renaissance and Vicenza’s most illustrious resident. Since 2014, the Basilica Palladiana has housed the Museo del Gioiello, one of just a handful of jewellery museums in the world, with a treasure box of an exhibition space designed by Patricia Urquiola. 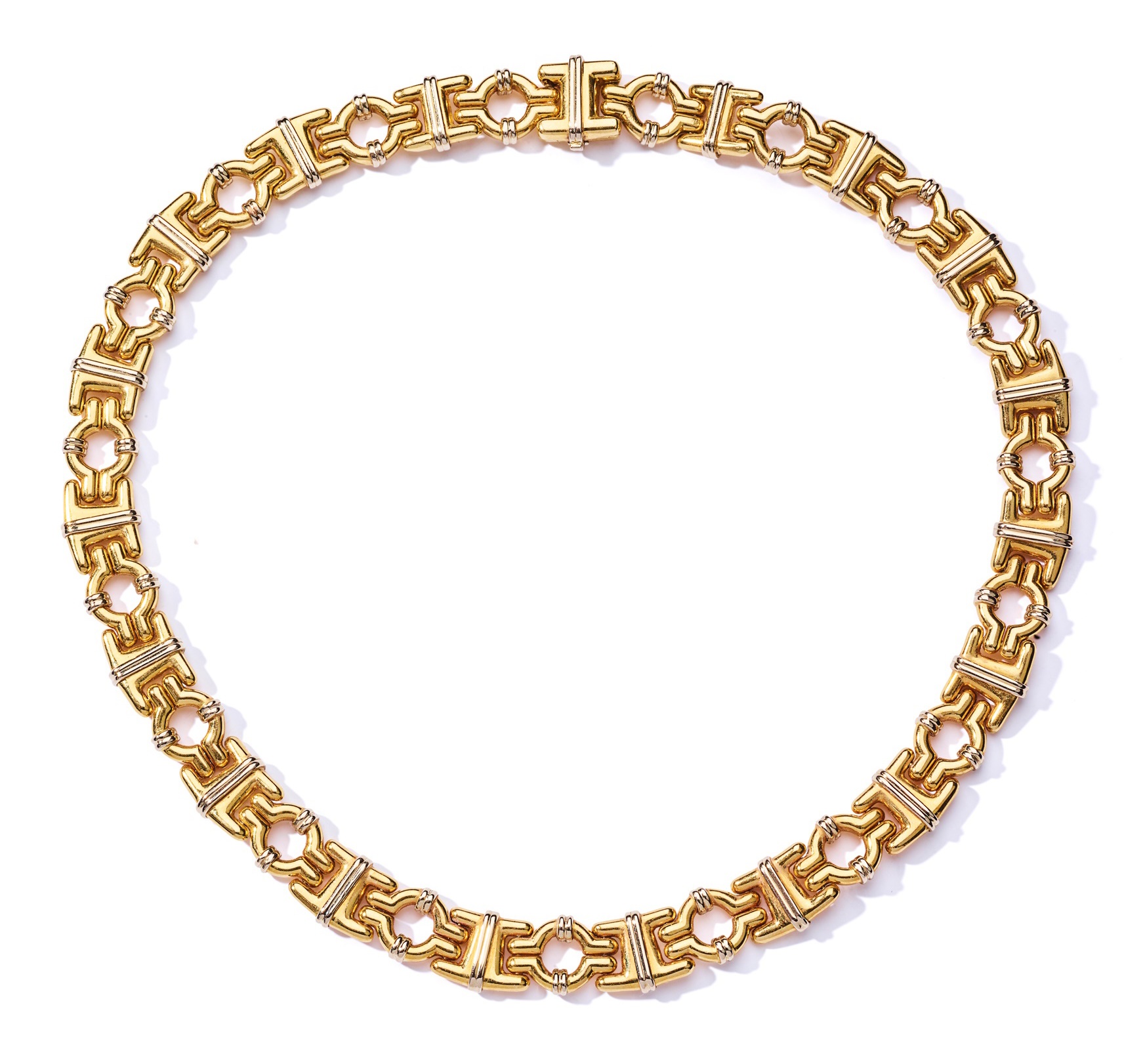 A city that suffered heavy bombings and deprivation during World War II, Vicenza never lost its connection to the goldsmith’s art, and the economy revived in the 1950s and ’60s as it combined its long jewellery tradition with industrial and technological innovation, helped along by American investment in the area, including the construction of a United States military base.

By the 1970s, Vicenza was thriving amid a boom in European and American jewellery sales; the numbers of artisan ateliers surged, while factories turned out large quantities of jewellery and particularly of chains — thanks to machines invented locally, said Cristina del Mare, a jewellery historian and one of the Museo del Gioiello’s curators. This combination of skilled craftspeople and technology also established the city as the workshop for some of the best-known brands, including Gucci, Tiffany & Co., FOPE and Hermès. 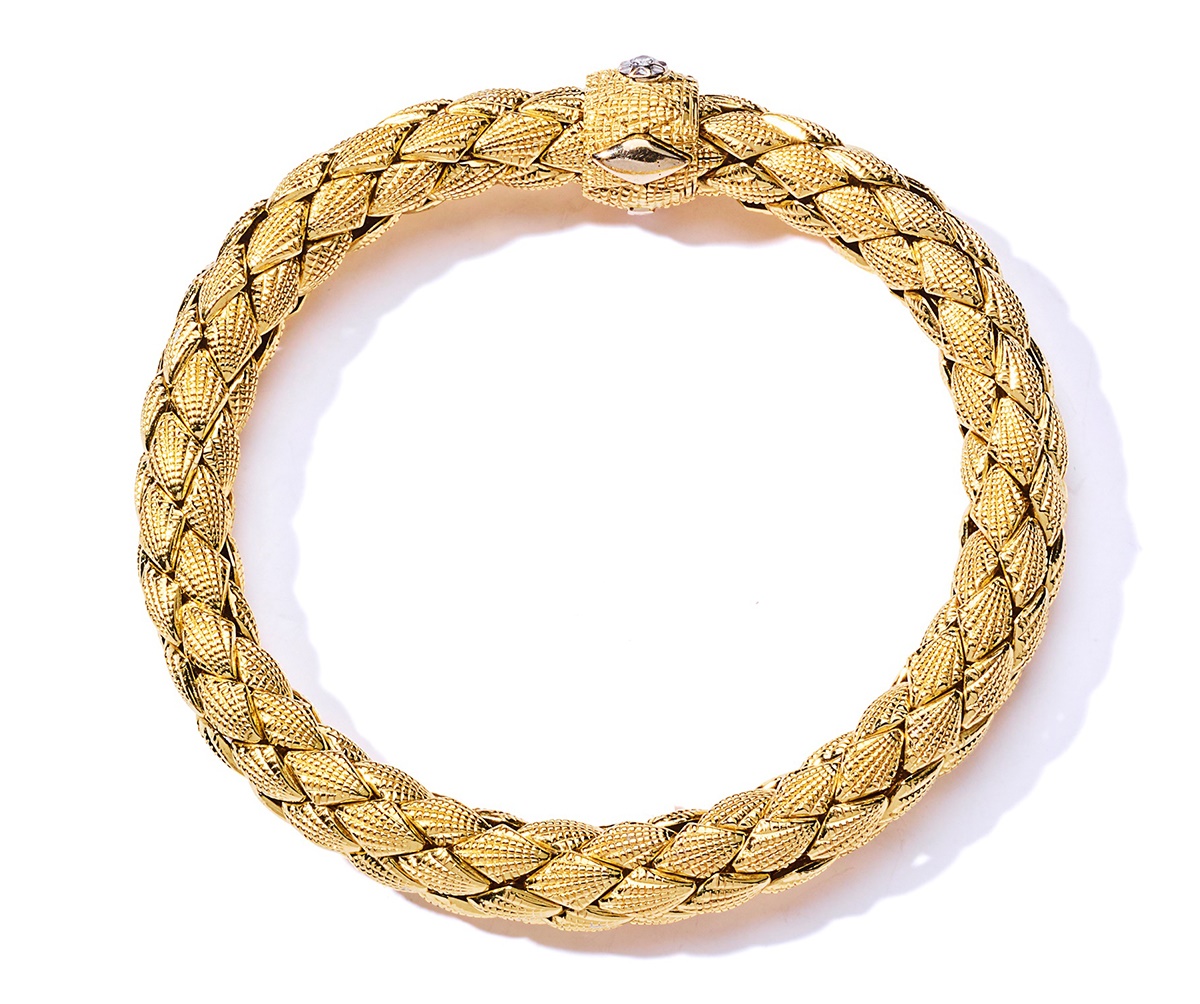 Vicenza has been using very advanced technology here, but what makes the difference is the manual skill, which creates dramatically Italianate jewellery with an emphasis on chains, combining the machine-made and 3-D-printed with the hand-assembled and finished. The gold chains produced in Vicenza are often true works of art. 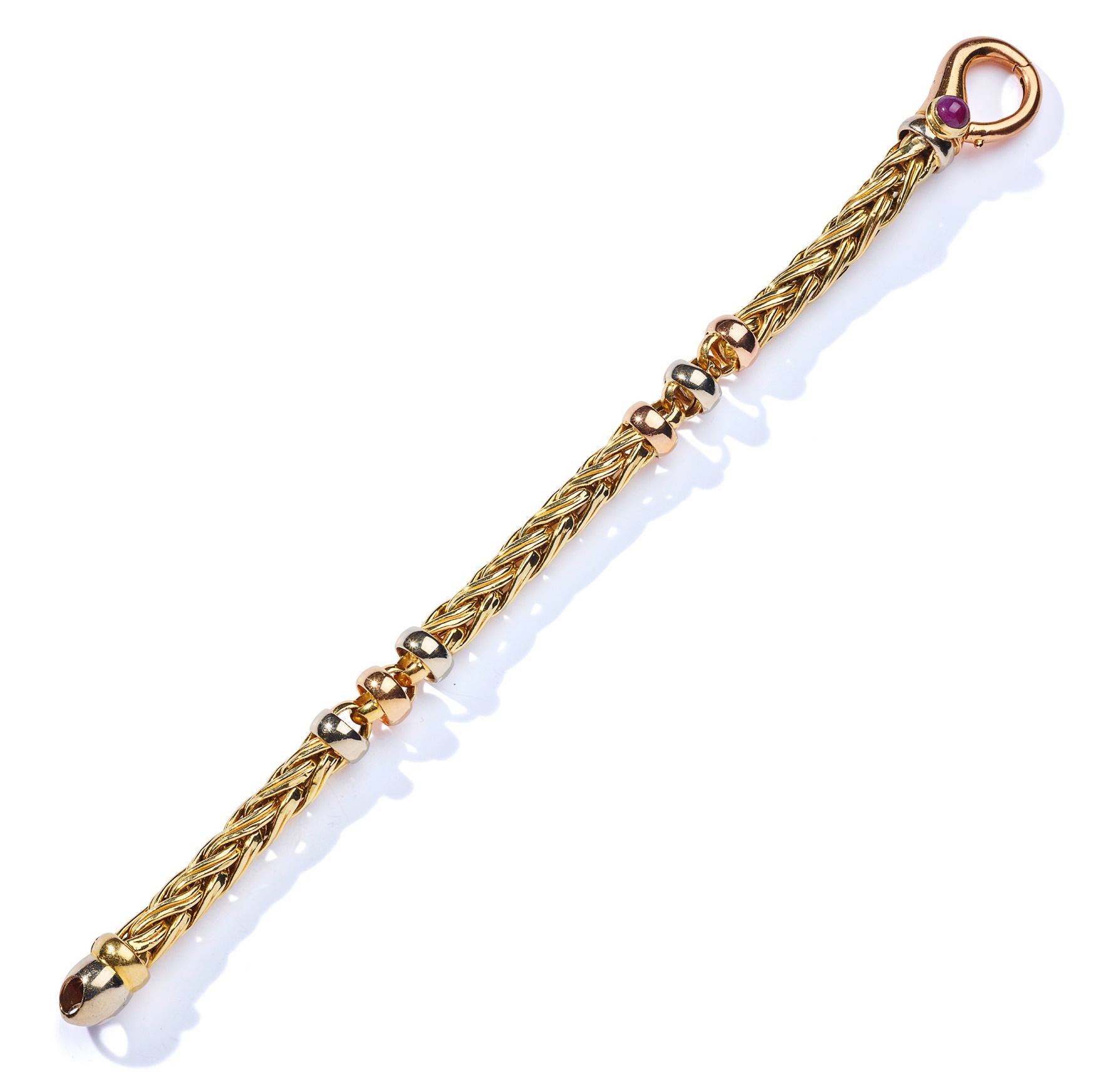 Many of the gold jewellery producers in Vicenza are family-owned businesses that have been working with gold for generations, the skill that is passed on, in-house, between master and apprentice and/or father and son is unbeatable. A result of over six hundred years of tradition, no design school will ever be able to teach this level of technical skill and the sheer pleasure and level of comfort these goldsmith masters have while working with their chosen medium – gold – is obvious.