A Collection of Scottish Jewellery

Scotland provides inspiration for all forms of art and this is most certainly the case for Scottish jewellers. We are delighted to include work of three diverse Scottish jewellers in our 15th June auction of Jewellery & Watches, all of whom have a unique identity and look to the landscape of Scotland for their artistic vision.

Both originating from Orkney, Ola Gorie and Sheila Fleet are names synonymous with modern Scottish jewellery.

Ola Gorie was the first graduate from the jewellery department at Gray’s School of Art in Aberdeen in 1960, returning to Orkney thereafter. Her jewellery has Norse, Celtic and naturalistic motifs throughout, with collections named Skara Brae, Celtic Secrets and Ness of Brodgar to name a few. Still managed by family members, Ola Gorie retired in 1997 and has left a legacy with numerous commissions including for the Queen Mother, the House of Commons and the British Museum.

Like Ola Gorie, Sheila Fleet, takes inspiration from her Orkney home. Graduating from Edinburgh College of Art in 1963, a near contemporary of Ola Gorie, she first moved to London and worked for various jewellery companies. Sheila eventually returned to Orkney to work for the jeweller Ortak as their first professional designer and modelmaker and it wasn’t until 1993 that she opened her own shop and has been the sole designer ever since. Taking inspiration from her surroundings with collections named, The Sea, The Land, Tradition etc, hand painted enamels and gem set pieces help to evoke the movement and colours of the Scottish landscape in her designs.

Nestled in the hills of Perthshire, Malcolm Appleby’s admiration of nature can also be seen in his work. Since 1969, Malcolm has been settled in Scotland and is regarded as one of the finest chaser and engravers working today. His signature style can be found on pieces as diverse as cufflinks, jewellery, silverware and shotguns. Commissions such as the orb in the Prince of Wales coronet in 1969 cemented his reputation early on in his career. With a cup and cover commissioned for National Museums Scotland and a centrepiece for Bute House, the residence of The First Minister of Scotland, pieces by Malcolm are highly sought after and synonymous with contemporary Scottish jewellery and silversmithing.

All three have been acknowledged for their contribution to the industry by the Queen with MBEs awarded to both Ola Gorie and Malcolm Appleby and an OBE awarded to Sheila Fleet. 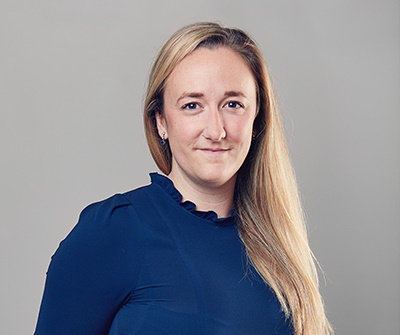