John Bratby is one of the most notable figures in 20th Century British Art, both artistically and in terms of reputation. He developed an Expressionistic take on Realist painting, a manner that led to the term ‘Kitchen Sink Realism’ being coined.

‘Kitchen Sink’ soon began to be used in reference to literature, theatre and film of the day that also explored the banality of Post-War British life. Bratby had clearly captured something of the 1950s British zeitgeist and his success after leaving the Royal College of Art was swift and remarkable. 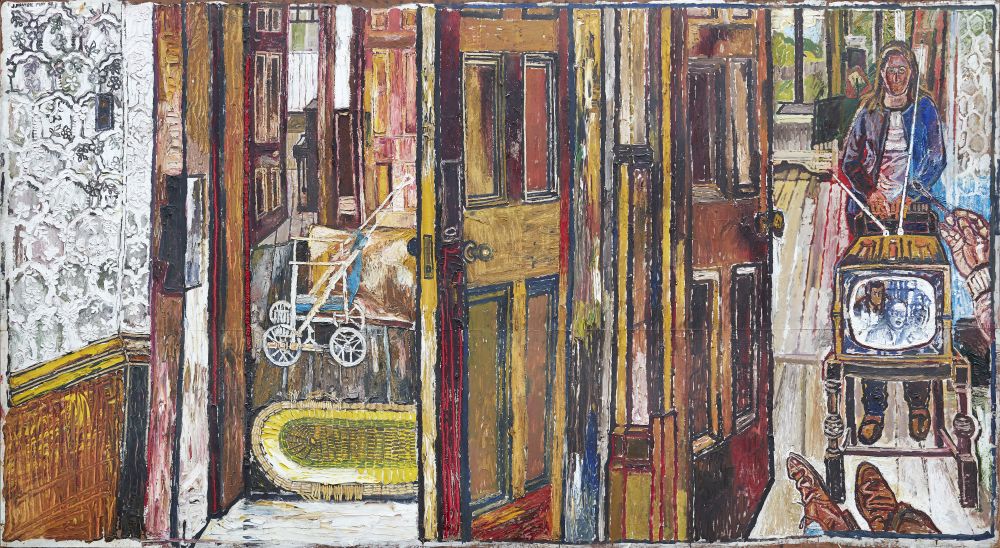 The quintessential artistic eccentric, Bratby was known to beg and sleep rough in Hyde Park or the attics of the Royal College of Art. After graduation however, he enjoyed a meteoric rise to public and critical renown. He was a clever self-publicist and happy to provide salacious details of his bohemian lifestyle to a receptive media. In many ways, Bratby was Britain’s first celebrity artist, and played the media game very astutely. The international accolades rolled in and he won the Guggenheim Award for three consecutive years between 1956 and 1958.

Perhaps inevitably, a backlash commenced in the 1960s as Pop Art rose to popularity and Britain no longer wanted to examine itself through the grubby mirror of realism. Bratby remained popular with the buying public, however, and turned his hand to writing semi-autobiographical novels during this decade.

Bratby and the Kitchen Sink School have enjoyed more recent critical re-examinations, including a significant retrospective in the National Portrait Gallery in 1991.