In advance of the Modern British & Contemporary Art auction taking place on Wednesday 17thJanuary, Head of Sale, Charlotte Riordan, introduces the work of the New Glasgow Boys. A selection of paintings by these fascinating, and popular artists, features in the auction.

The New Glasgow Boys were an influential group of artists who studied at the Glasgow School of Art in the 1980’s. The group achieved national and international success and renewed interest in figurative painting during a period when Western art was dominated by Abstract Expressionism, Conceptual and Pop Art. Their paintings are honest and powerful. 2017 marked the 30th anniversary of the Scottish National Gallery of Modern Art’s ground breaking exhibition The Vigorous Imagination: New Scottish Art. The exhibition showcased the work of the New Glasgow Boys including Peter Howson, Ken Currie, Adrian Wiszniewski and Steven Campbell. 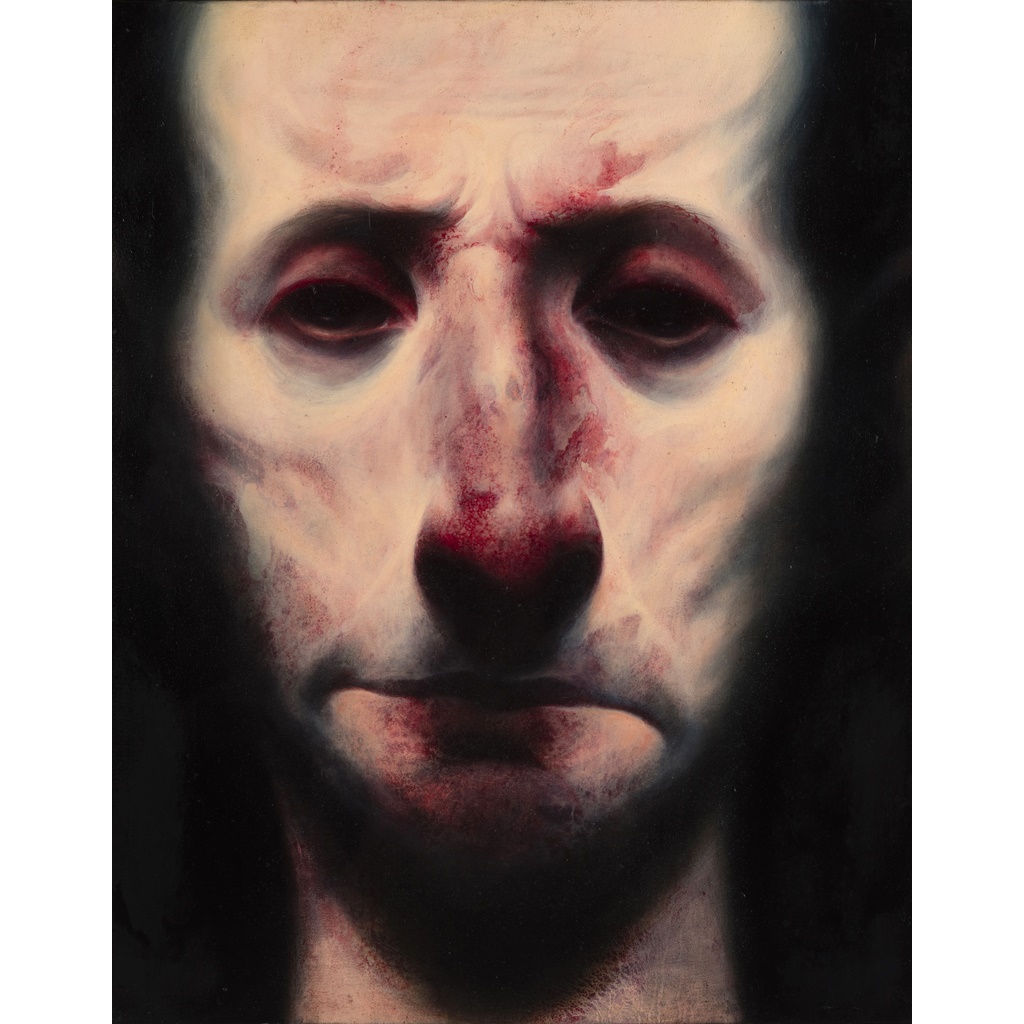 Ken Currie was born in Scotand in 1960, and graduated from the Glasgow School of Art in 1983, studying alongside some of his contemporaries in the group that would come to be known as the New Glasgow Boys. Since then his work has been aquired by several public collections, including the Tate Modern in London, the National Galleries of Scotland and abroad. In 2013 Currie held a well-received solo show at the Scottish National Portrait Gallery. His paintings are documents of the human body and the effects of time, greed and injury. Signs and Symptoms 1995-6 is a dark, confrontational work. The figure is painted with a ghostly luminosity which is heightened by the stark dark background. Currie is highly aware of, and influenced by, the tradition of Western art, drawing inspiration from a variety of artists including Goya and Velazquez. Similarly to Francis Bacon, he is fascinated by the human face as a mechanism of expressing trauma, pain and powerful psychological expression. Currie’s masterful portrait draws the viewer in with its thought-provoking qualities. 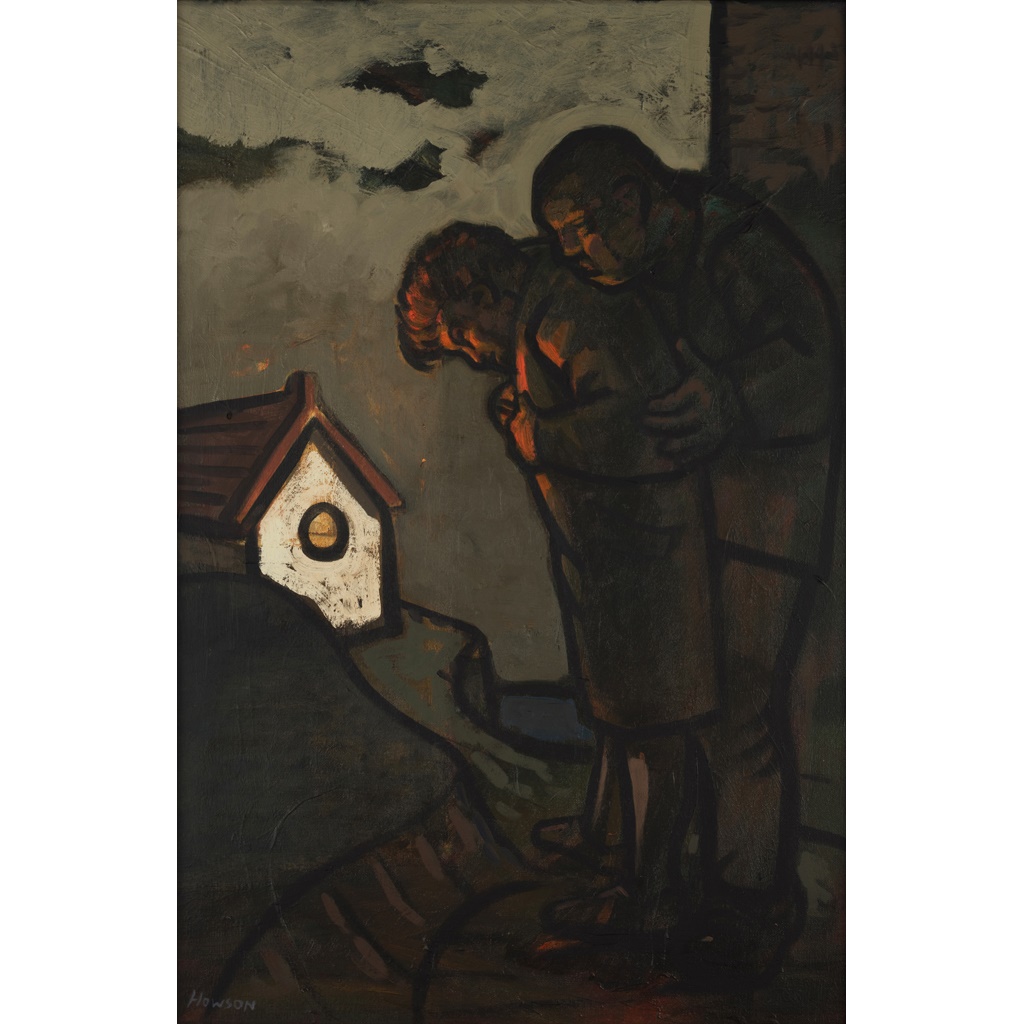 Peter Howson is one of Scotland’s most celebrated artists. Howson was born in London in 1958 and moved to Scotland as a young child. He studied at the Glasgow School of Art from 1975-77 and completed his master’s degree in 1979. He became a leading member of the New Glasgow Boys, a generation of young Scottish artists that responded to the dominance of abstract, conceptual and pop art. Howson is known for his dramatic insight into the human condition and in particular his distinctive depictions of the male form. He draws inspiration from his turbulent upbringing and his experience recording the conflicts in Bosnia and former Yugoslavia. His work features in several public collections including the Victoria & Albert Museum, Tate, the National Galleries of Scotland and the Museum of Modern Art in New York. Other than appearing in a number of prestigious galleries, his work has also been collected by celebrities such as David Bowie, Sylvester Stallone and Madonna. In 2009 Howson was appointed Officer of the Order of the British Empire for services to the visual arts.

Tender Touch was painted during a crucial moment in his rise to fame. Between 1985-1993 Howson had over twenty solo exhibitions around the world, marking his intense and successful artistic output. The painting depicts Howson’s characteristically monumental figures set against a rural backdrop. During his childhood Howson often sought an escape from his troublesome life in the calming beaches and sea in the Ayrshire coast. Thus, the coastline becomes a reoccurring feature in his work and one imbued with great personal significance. Howson uses a dark palette to depict the evening scene, creating a sombre and eerie atmosphere which is heightened by the ambiguity of the figure’s intentions. 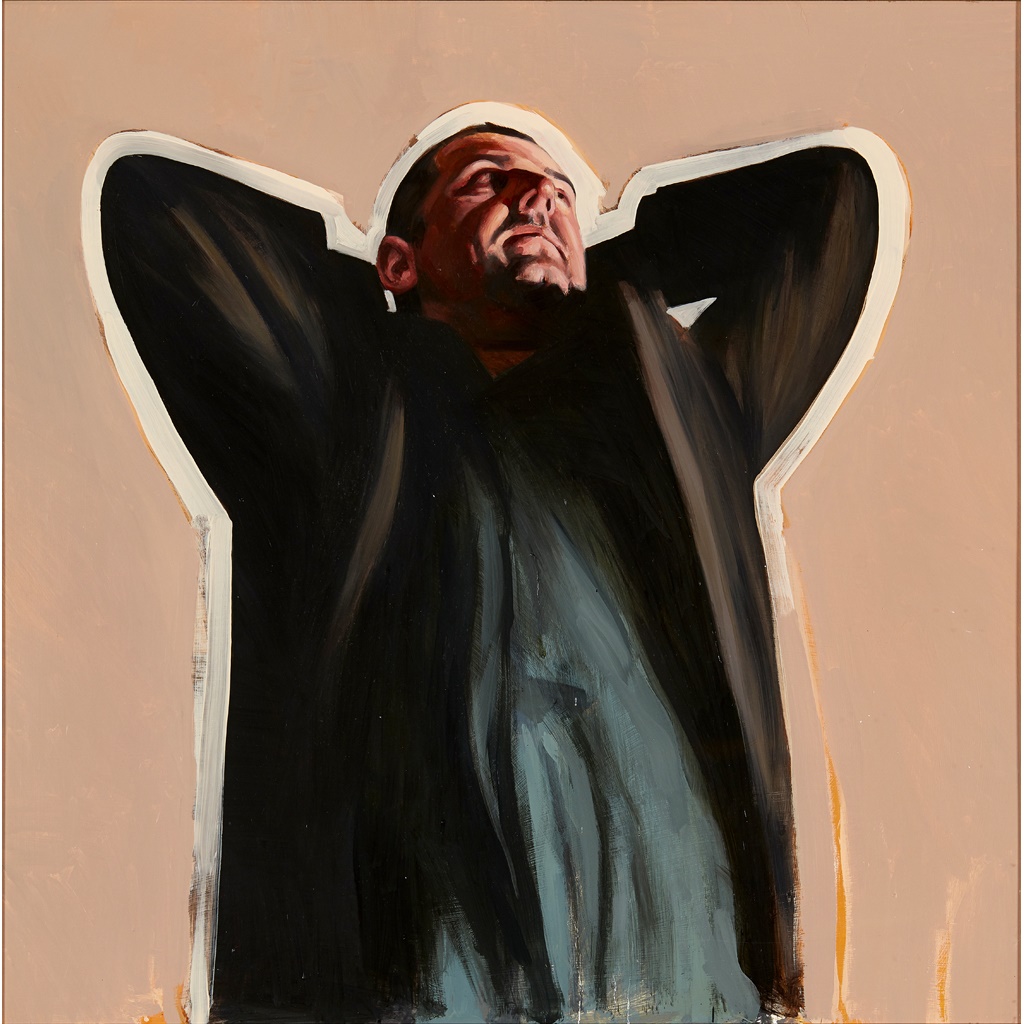 Born in 1964, Conroy studied at the Glasgow School of Art between 1982-7. He quickly gained recognition and achieved considerable success before beginning his postgraduate study. In 1986 his degree show sold out and he also won the first prize for painting at the Royal Academy’s British Institute Fund Awards. Conroy was the youngest artist included in the notable Vigorous Imagination exhibition Edinburgh in 1987. Two years later he also held a solo exhibition at Marlborough Fine Art in London. His work appears in a number of collections around Britain and abroad, including the Metropolitan Museum of Art in New York and the National Portrait Gallery in London and Edinburgh.

Study for ‘Figure Study’ is a compelling and absorbing portrait. Conroy’s isolated figure set against a stark background echoes the work of Francis Bacon and Lucian Freud. However, Conroy diverges from their fleshy and raw style making it his own. Conroy’s portrait confronts and reinterprets the history of European portraiture through his focus on the single isolated figure and simple yet intriguing narrative.