The Celtic Revival in Iona

At the forefront of the Celtic Revival, Alexander Ritchie and his wife Euphemia Catherine Ritchie created a lasting legacy that is unique to Iona.

It would be fair to assume that the Celtic wares produced in Iona at the turn of the 20th century were made to capitalise on the passing tourist trade, but the legacy Alexander Ritchie and his wife Euphemia Catherine Ritchie left is far beyond that of tourist souvenirs. Both makers were at the heart of the Arts & Crafts movement in Scotland. They were influenced by the Glasgow School of Art and at the forefront of the Celtic Revival movement. This melting pot and the history and art of Iona, combined with the skill of these two individuals created a legacy unique to this Scottish Island.

Born in Tobermory on Mull, Alexander Ritchie had his roots firmly in the Scottish islands, surrounded by the sea. Originally training as a marine engineer, the first twenty years of his adult life took him across the world with the British India Steam Shipping Company. Even at this time, it is recounted that Ritchie was a keen woodworker and took inspiration from his marine environment.

It was not until he was in his 40s in the mid-1890s that he decided to take a break and enrol at the Glasgow School of Art. It was at the School that he met his future wife Euphemia Catherine Thomson. Both were immersed in the Glasgow Style, with contemporaries such as Jessie M. King, Charles Rennie Mackintosh and Francis Newbery.

The Celtic Revival helped re-invigorate the Celtic identity, looking to the early Medieval Celtic culture in art, music, poetry and literature. In Ireland, the Book of Kells and the Tara brooch were key objects for this identity. Similarly in Scotland items of National significance such as the Hunterston brooch, housed within the National Museums Scotland collection, helped to illuminate the past and inspire artists and craftsmen who had been subjected to the mass industrialisation of the Victorian era.

For the Ritchie’s, the Celtic Revival was more than a dissemination of history. Along with individuals such as Lady Victoria Campbell, the daughter of the 8th Duke of Argyll, they also sought to encourage Celtic Christianity. Alexander or Alec, as he was known, was made custodian of Iona Abbey in 1900.

Catherine and Alec moved to Iona shortly after they married in Glasgow. Their home at Shuna Cottage welcomed all those who visited the island. The Scottish Colourist Francis Campbell Boileau Cadell was a frequent visitor to their home and took inspiration from the island for some of his most seminal works. Ritchie was immersed in all artistic aspects; their shop Iona Celtic Art offered jewellery and other metalwork, leather tooling and embroidery, along with engraving and enamelling learnt at Glasgow. The earliest examples are in wood, a medium in which Ritchie felt most confident in the early days.

Contemporary images of the shop show delight for the eyes in all corners; mirrors with zoomorphic corners, Celtic crosses hanging from all four walls, galleon ship pendants and penannular brooches covering door frames. As their business grew, the requirement to outsource is seen with the range of punches and hallmarks on the reverse of their wares. Various Assay centres such as Glasgow, Birmingham, and Chester appear on jewellery, and this reflects the popular enthusiasm for the Arts and Crafts movement.

The Ritchie’s were part of a larger artistic community with an interest in Celtic art. John McGilvray, also of Iona, had for example been selling silver items from at least 1887 and was regarded as a local rival, but it is the skill of the Ritchie’s work and their understanding of Celtic culture that has created a particular appreciation for their works of art 100 years later. Individuals such as Robert Allison continued to produce their designs 50 years later in the mid-20th century, and their legacy is still apparent in Iona as the Iona Heritage Centre houses a permanent display of their work. 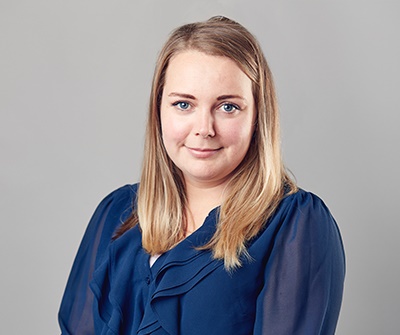