Born in 1887 in what is now Belarus, Marc Chagall distinguished himself across the fields of painting, printmaking and design as one of the most popular early modern artists of the 20th century.

The eldest of nine children in a deeply religious Jewish family, from a young age Chagall learned elements of drawing at a local school before moving to the then Russian capital, St Petersburg, to further his study of painting at the Imperial School for the Protection of the Fine Arts. Following his graduation in 1910, he left for Paris where the influences of the avant-garde transformed his previously subdued palette to one of strong, pure colour. Chagall subsequently returned to Russia in 1914 where he was forced to remain due to the outbreak of the war. In the years following armistice, he moved between Moscow, Paris and Berlin where his reputation as a modernist artist flourished.

The unsettled nature of his early life is reflected in the rather undefinable style of his works. Eastern European Jewish Folk culture becomes entwined with earlier modern movements such as Cubism, Fauvism, and symbolism as well as later modernist styles to create dreamlike compositions which depict aspects of the artist’s personal life and heritage. This personal synthesis of influences can be seen reflected in the religious iconography, intense colour and mystical effects which would feature in his art thereafter.

Chagall’s work truly began to receive international attention following his move to the United States in 1941 as a refugee. It was there that he received a retrospective from New York’s Museum of Modern Art, which pathed the way for further exhibitions in institutions such as the Musee du Louvre, Paris, in 1977-78, as well as major commissions such as the Peace Window for the United States Secretariat building in New York.

Chagall didn’t engage with printmaking as an artistic medium until his mid-thirties but it became a significant part of his artistic practice, allowing him to express his dream-like compositions in bold, expressive colour. Lithography became his favoured printmaking medium and he ultimately produced over 1,000 works in this medium. Over the course of his career Chagall gained high-profile commissions from the art dealer Ambroise Vollard, and collaborated extensively with the publisher Mourlot in Paris. 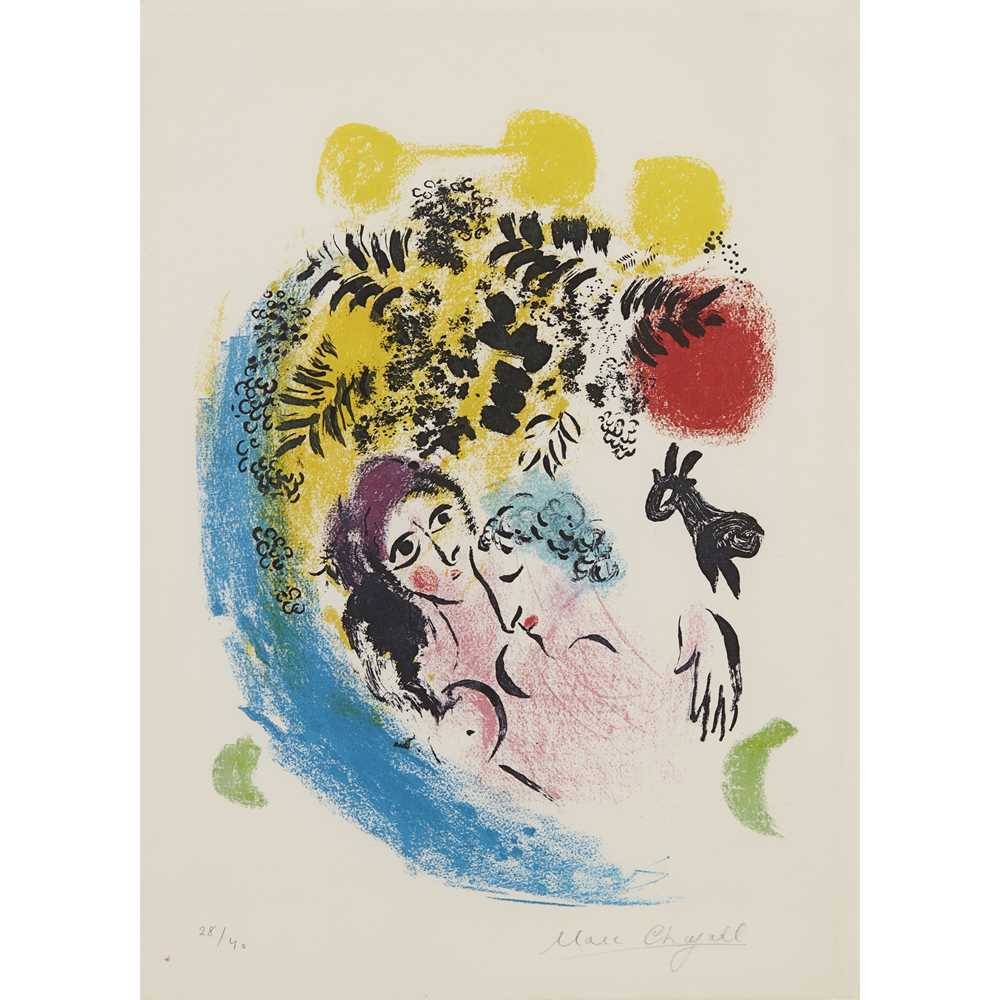 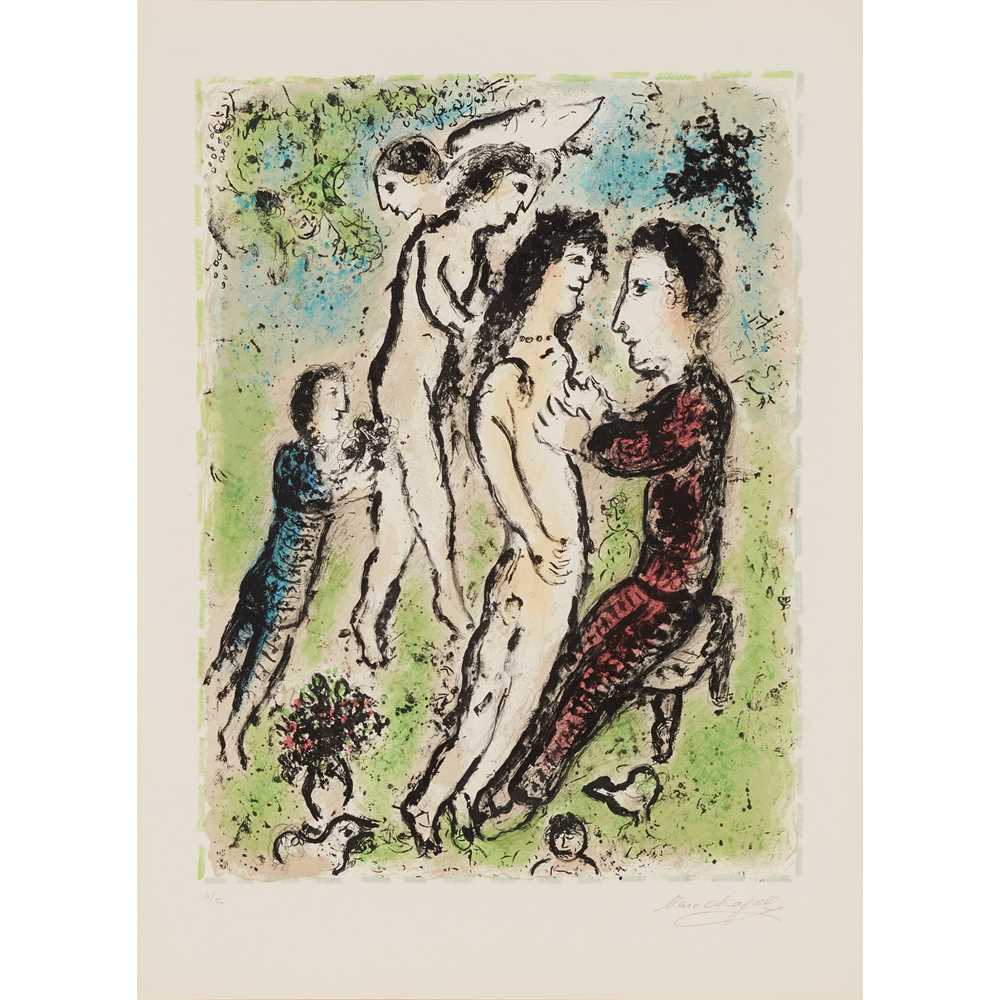 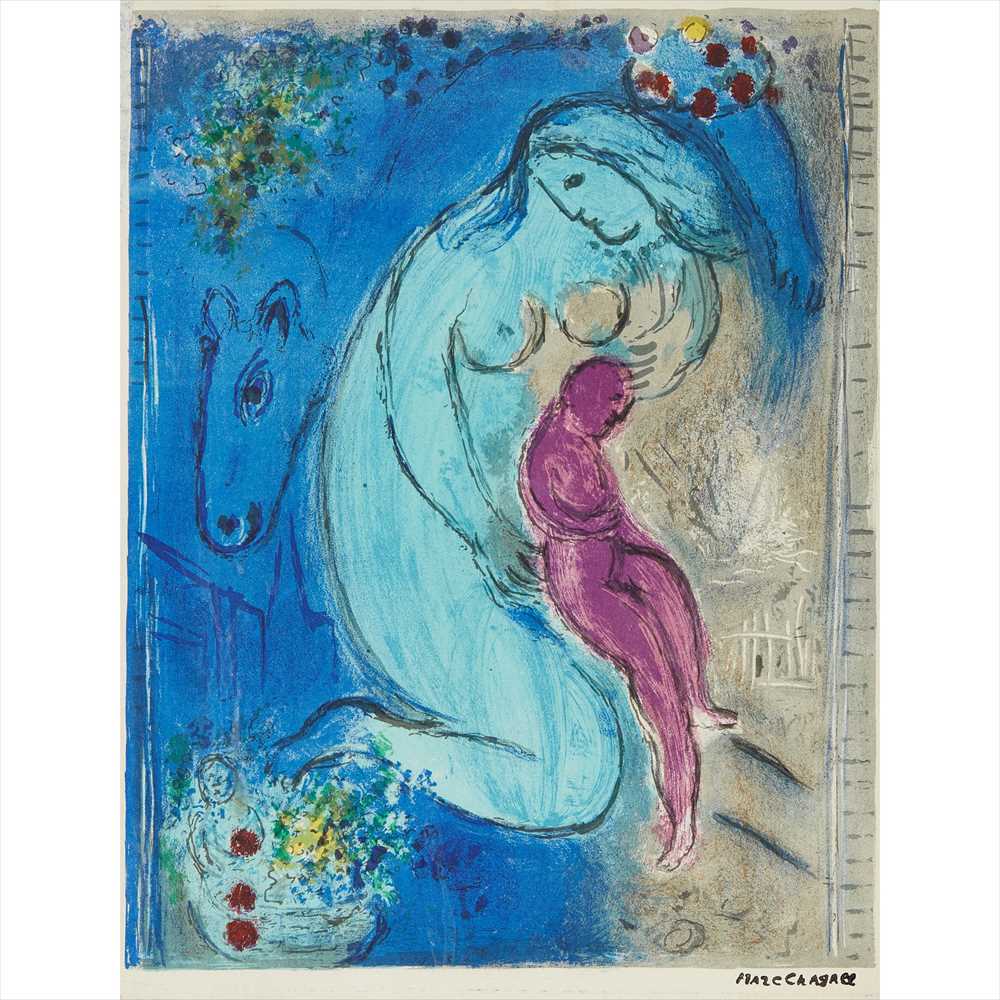 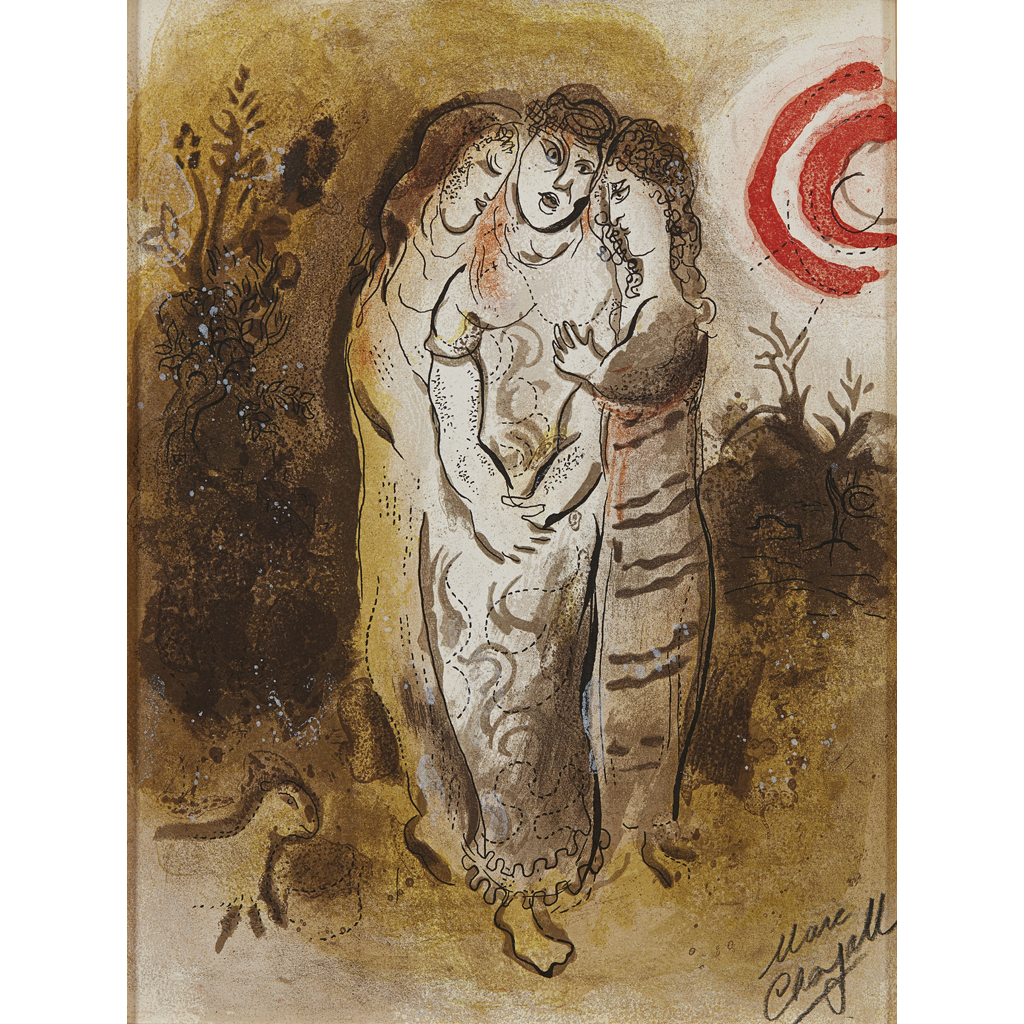 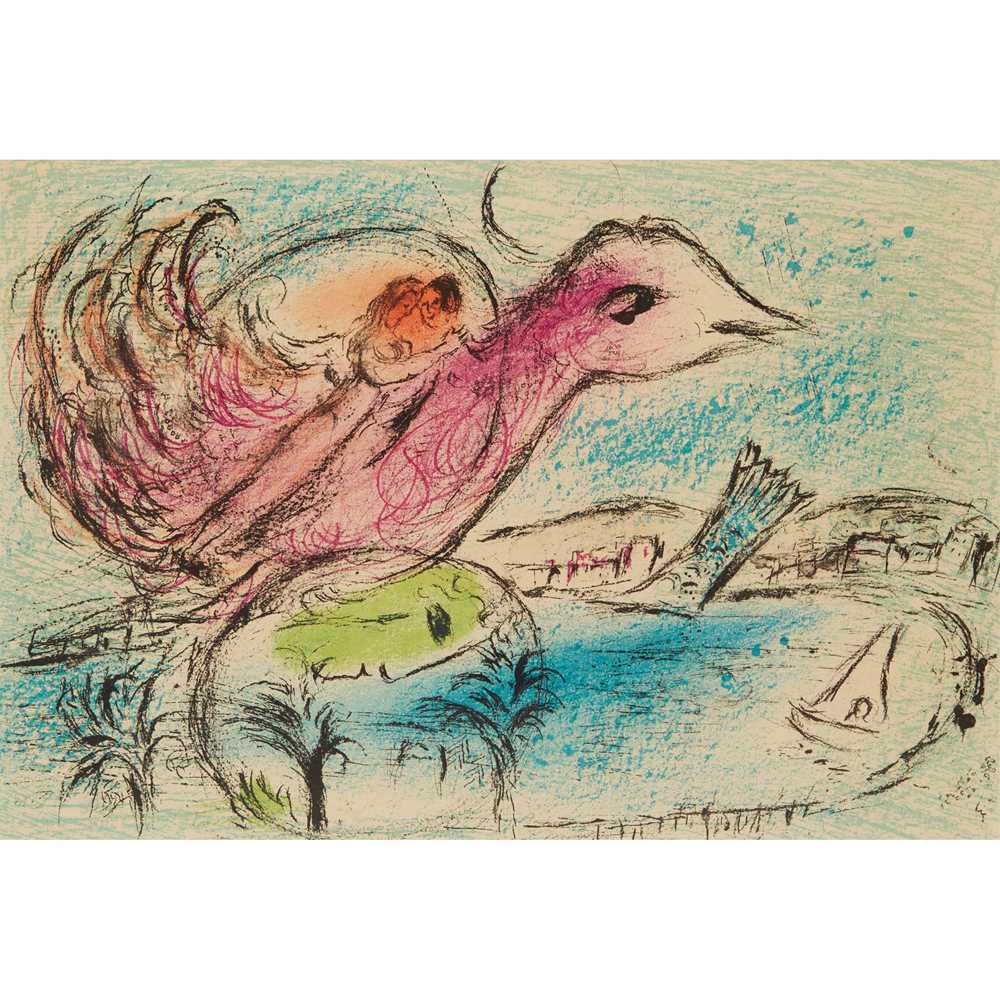 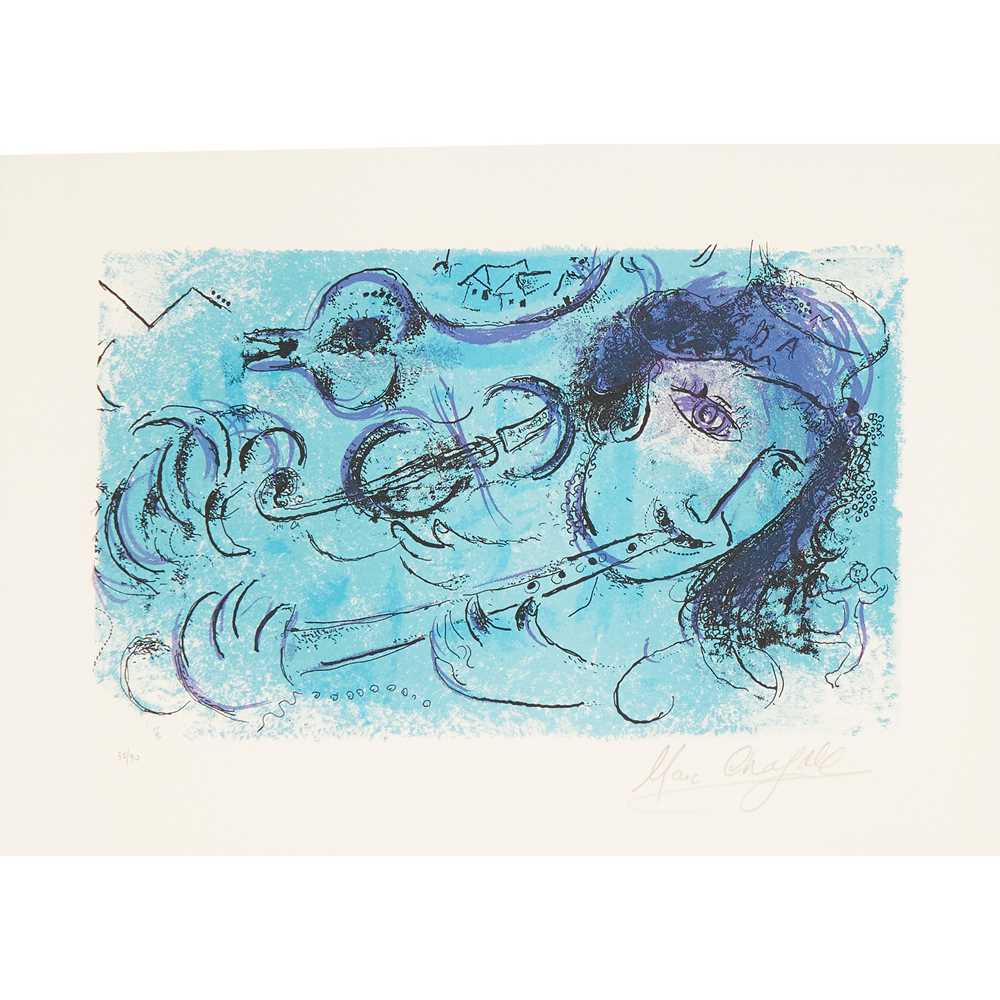 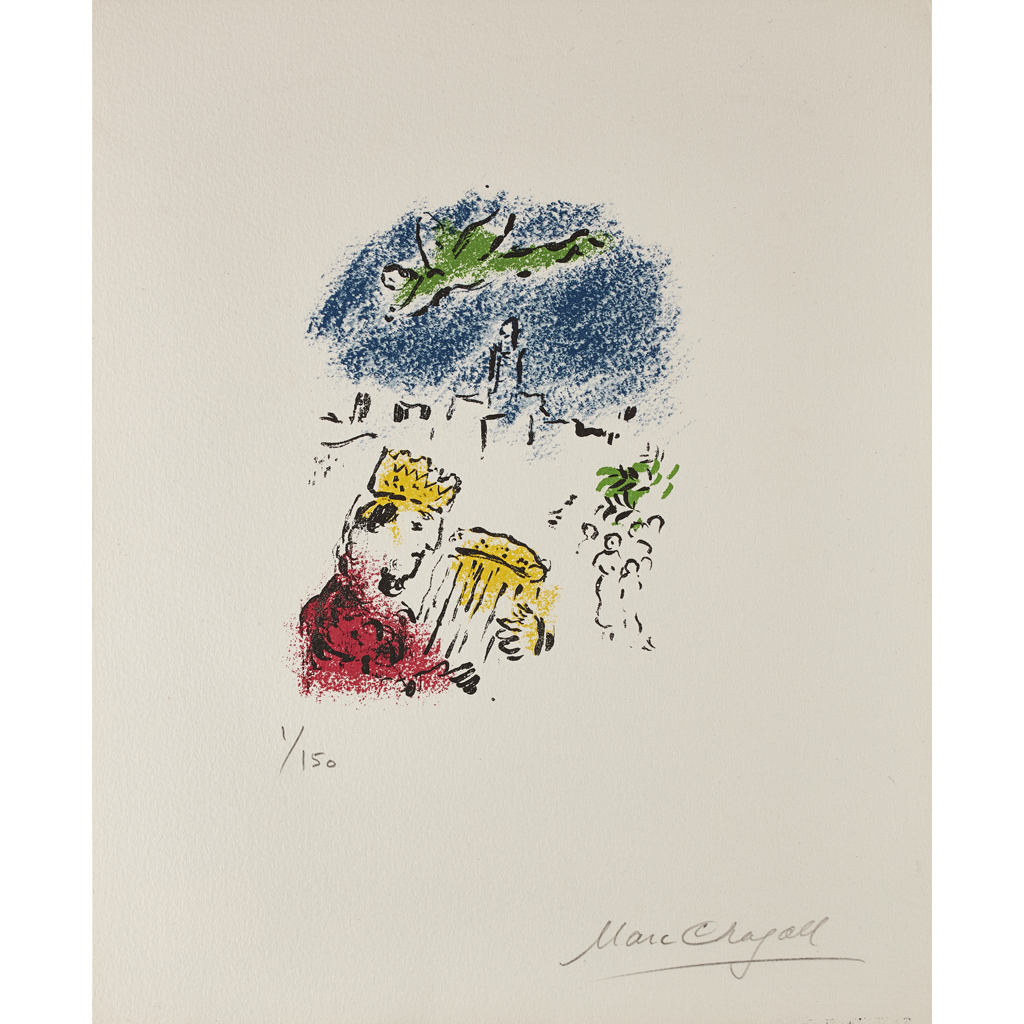