Two works by Scottish artist, Edward Atkinson Hornel were offered in our flagship auction of Scottish Paintings & Sculpture on 6 December 2018 in Edinburgh.

Born in Australia to Scottish parents, Edward Atkinson Hornel was raised in Kirkcudbright from the age of two. His artistic training consisted of three years at art school in Edinburgh, followed by two years of further study in Antwerp. Upon meeting George Henry in 1885, he introduced Hornel into the Glasgow Boys circle and the two artists were soon painting out-of-doors and side-by-side in Galloway and Kirkcudbright.

The Hornel-Henry friendship and creative alliance encouraged both artists to develop a more decorative aesthetic with flat perspectives and rich colour, moving slightly away from the naturalism and realism of the Glasgow Boys. The two worked side by side to achieve decorative splendor of color, Hornel boldly and freely employing textured effects.

After 1900, Hornel’s work became less experimental, tending towards the highly stylised and decorative paintings of young girls in landscapes that have become instantly recognisable and brought him widespread popularity and commercial success. Hornel remained committed to this decorative style for the following decade. 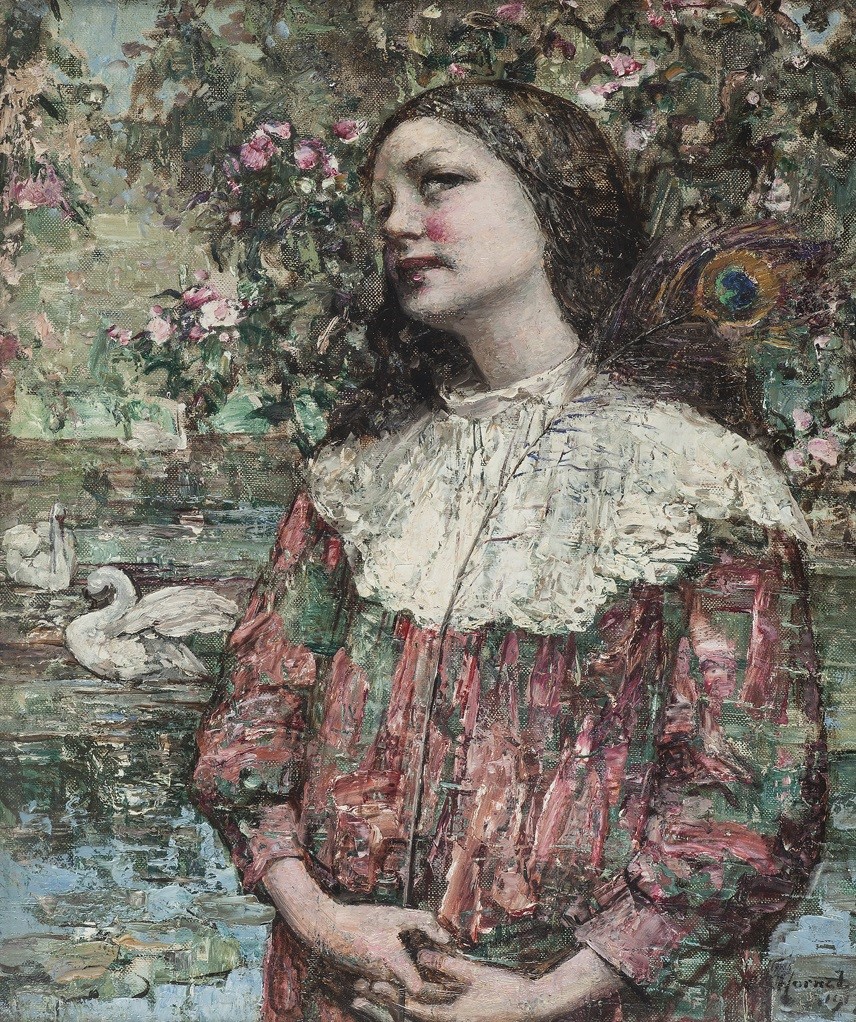 We were delighted to present at auction last December, two works by Hornel in this highly stylised and decorative style; Lot 58, The Butterfly dated to 1908 and Lot 60, Girl with Peacock Feather dated to 1917.

The auction took place in Edinburgh on Thursday 6 December. Other auction highlights included Lot 85 Perthshire Landscape by Samuel John Peploe (sold for £161,000 inc premium), and a selection of fine and rare sculpture by John Duncan Fergusson.