Auction records tumbled at our MODERN MADE auction held in London and live online on April 2022.

Leading the sale was Ernest Procter’s previously long-lost Great War painting The Long Range Bombardment of Dunkirk that attracted huge interest before selling at £92,500*, a new auction record price for the Newlyn artist. The discovery of this important work in a private collection in Scotland, and the subsequent research into it by our specialists, caused a sensation in both the academic and the collecting communities in the run up to the sale. 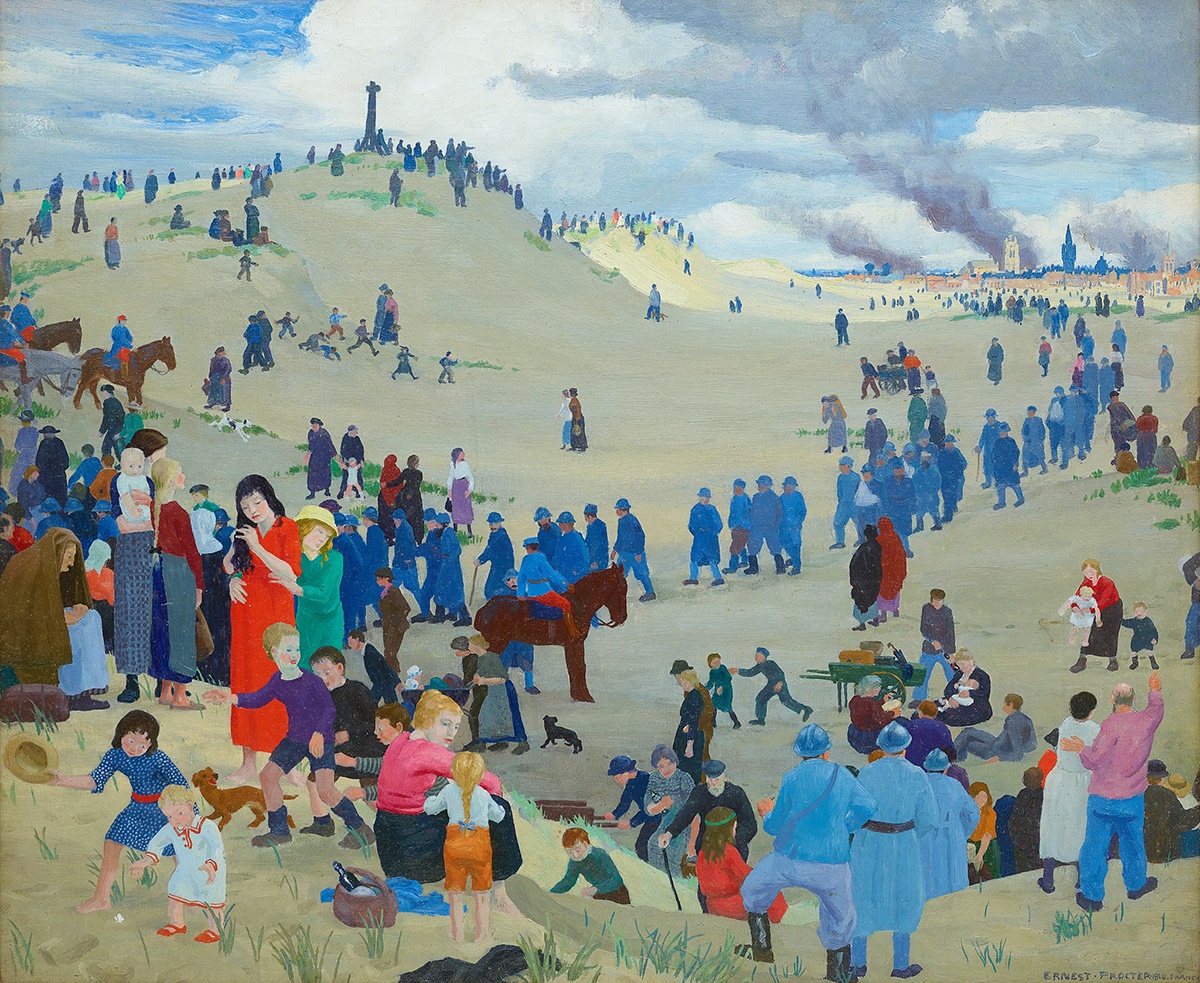 Born in Tynemouth into a Quaker family, Procter declared himself a conscientious objector on the outbreak of World War One. In 1916 he joined The Friends' Ambulance Unit established by the Quakers as a means for civilians to contribute to the war effort in a non-violent way. Although probably painted in the artists’ enclave of Newlyn following his demobilisation where Proctor and his wife Dod lived for many years, The Long Range Bombardment of Dunkirk is an eyewitness account of the major German offensive which took place over March 20-23, 1918.

Worked up from notes and sketches made on the spot, it depicts the havoc caused as shelling from a German gun sited 20 miles away from the city prompted residents to flee. In vibrant colour and in great detail, Proctor depicts the nearby dunes strewn with soldiers and civilians that stream away from Dunkirk as it burns in the background. Despite its tragic subject matter vignettes include a picnicking family and children at play.

The importance of this painting, which had been in the same family for three generations, was recognised as early as April 1919 when it was reproduced in colour and singled out for praise in an article about Ernest and Dod Procter in Colour magazine.

Senior specialist Alice Strang, who did much of the research to uncover the picture’s full history, located a copy of Colour in the National Library of Scotland. “It was a tense 24 hours whilst I waited for the journal to be sourced from Special Collections. It was extremely exciting to find an illustration of the work I was researching, confirming we had found this long-lost acclaimed painting.”

This most recent edition of MODERN MADE brought together paintings and sculpture from several distinct epochs of 20th-century British and European art. The Flowering Garden - Study for a Tapestry by Dom Robert (1907-97) raced away to achieve £30,000* - by some distance the highest price ever paid for a picture by the French artist. Robert, who used the pseudonym Guy de Chaunac-Lanzac, was an atypical artist. A Benedictine monk living in the Abbaye d’En Calcat in Dourgne, he is remembered as helping to revive the fortunes of the venerable Aubusson tapestry factory in the post-war era. This joyous scene of figures enjoying a flower garden rendered in acrylic and collage on canvas was dated 1951.

Bronzes by two of Britain’s best known post-war sculptors were eagerly contested. Selling for £57,500* – a record for a cast of this work – was Maquette for Stranger by Lynn Chadwick (1914-2003). The subject of the ‘stranger’ and the ‘winged figure’ occupied Chadwick over the period from 1954 until 1969 with a cast of this work selected by the British Council for inclusion in the VI Bienal de São Paulo of 1961. Chadwick was declared hors concours, or ‘beyond competition’ at the biennial, the first time a

British artist had been thus honoured. The 31cm cast with a green/brown patina was numbered 6/6.

Fallen Man by Dame Elisabeth Frink (1930-93), cast in an edition of six in 1960, sold for £47,500*. The figure with outsize head lying prostrate on the ground, is one of a series of bronzes from the period that Frink later described as “involved with fractured wings or the debris of war and heroics.” They reference Frink’s childhood experience of World War Two when she lived close to Bomber Command air-bases in Suffolk.

Gary Hume came to international prominence as a member of the Young British Artists group and a participant in the seminal 1988 exhibition Freeze. His series of monochromatic Door Paintings - life-size but simplified representations of hospital, museum, or cafeteria doors – were a key part of his oeuvre from the late 1980s until the early 2000s. The example here titled Dolphin Painting No. 3 comprised two large 2.08m high panels each worked in gloss household paint. Signed, titled, and dated 1991, it sold for £65,000* – the highest sum this work has brought in its three appearances at auction.

Instantly recognisable for his signature technique of pouring paint onto a tilted surface, the work of abstract artist Ian Davenport (b.1966) occupies an equally significant place in contemporary British art. Like Hume, a graduate from Goldsmiths College in 1988, he held his first solo exhibition in 1990 and received a Turner Prize nomination in 1991. Two early ‘poured paint’ works performed strongly. Untitled 1989, signed and dated and measuring 1.51m x 1.13m sold for £21,250 while the smaller 55 x 55cm canvas from 1988 sold for £20,000*. 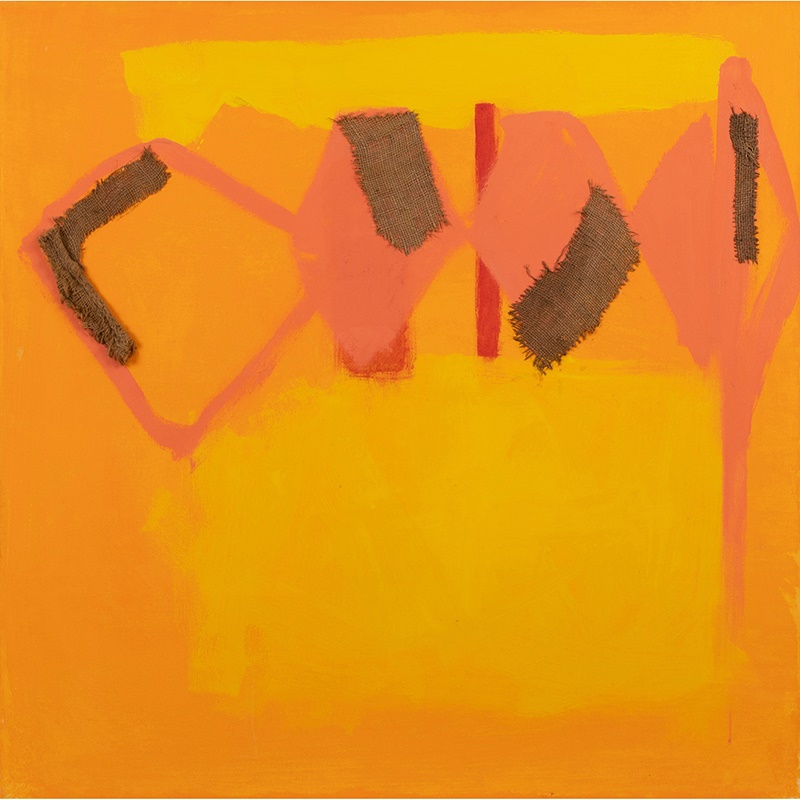 Head of Sale Philip Smith expressed his satisfaction with the interest in the latest edition, “MODERN MADE has proved to be a winning concept which has produced extraordinary results across the categories of Modern & Post War Art, Design and Studio Ceramics. Loved by collectors for its unique curated approach, it has set new benchmarks for numerous artists and makers and stands out as one of the flagship sales in the London art season.”

The next MODERN MADE: Modern & Post-War Art, Design & Studio Ceramics sale is scheduled for October 28. 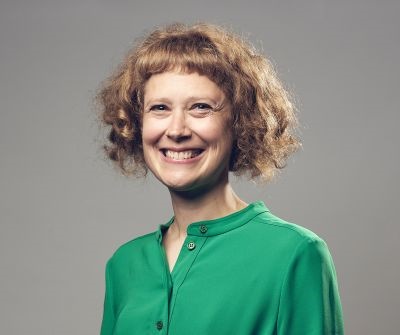