The Life of Nawal Kishore

The Nawal Kishore Press, founded at Lucknow in 1858 by Hindu entrepreneur Nawal Kishore (1836-1895), grew into the largest Indian-owned printing and publishing firm in South Asia. We are delighted to present a selection of books published by Nawal Kishore and other lithographic printers active in northern India during the 19th and early-20th centuries will be offered in our 08 February sale of Rare Books, Manuscripts, Maps & Photographs.

Nawal Kishore was an Indian publisher who established the eponymous Nawal Kishore Press in Lucknow in 1858. The firm grew to become the largest indigenous publishing house in South Asia in the 19th century, and played a leading role in the promotion and preservation of Urdu, Hindi and Persian literature, as well as texts from the Islamic and Hindu religious traditions. 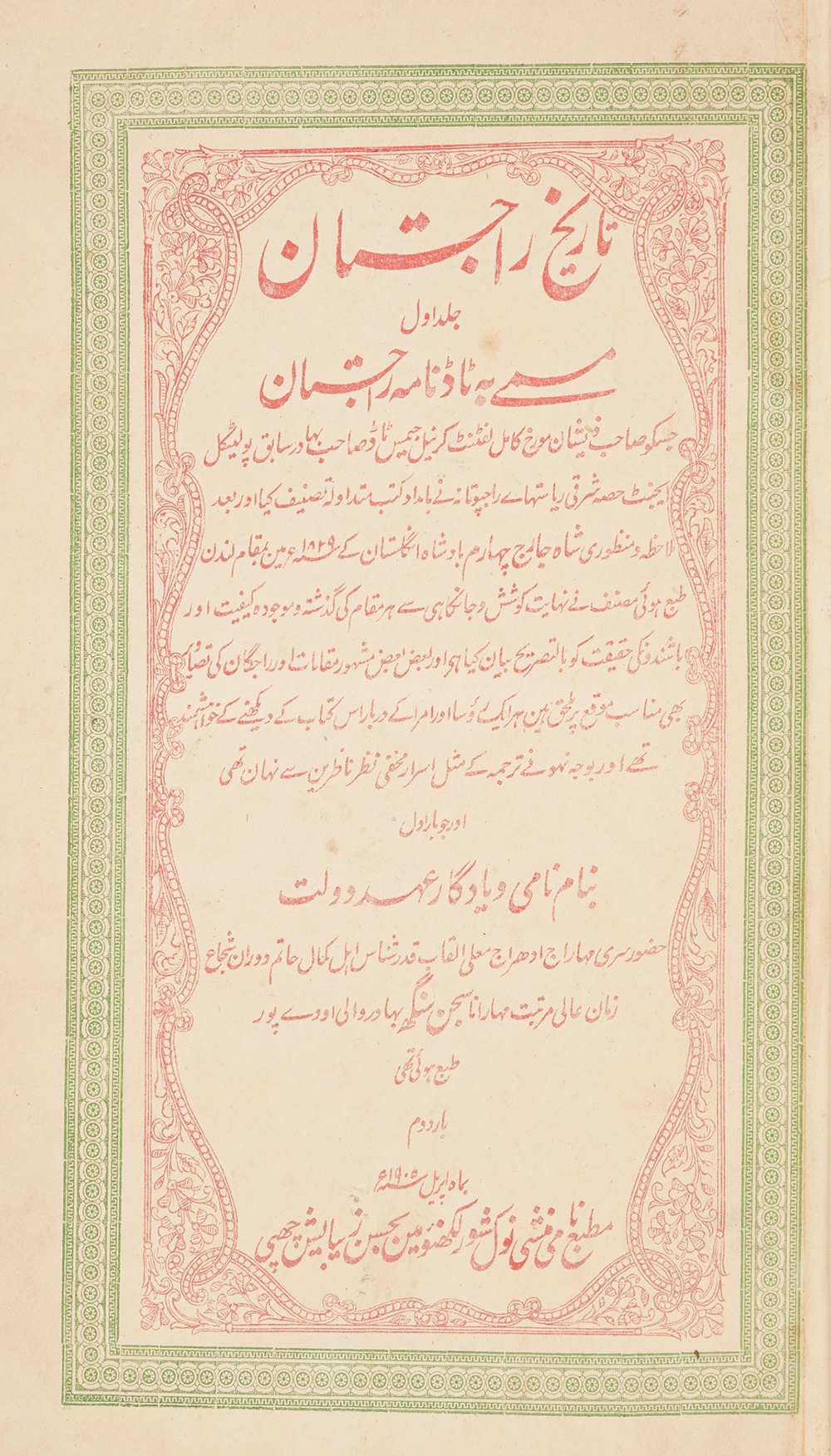 Born in 1836 in Agra, Nawal Kishore began his career as an Urdu-language journalist and learnt presswork at the Kohinoor Press, Lahore. Printing in northern India was severely disrupted first by a ban imposed by Wajid Ali Shah, Nawab of Oudh in 1849, and then the sepoy uprising of 1857. In a field largely devoid of competition, Nawal Kishore began by publishing in Urdu, but quickly expanded his operations to include works in Hindi, and soon became the favoured recipient of British government contracts. 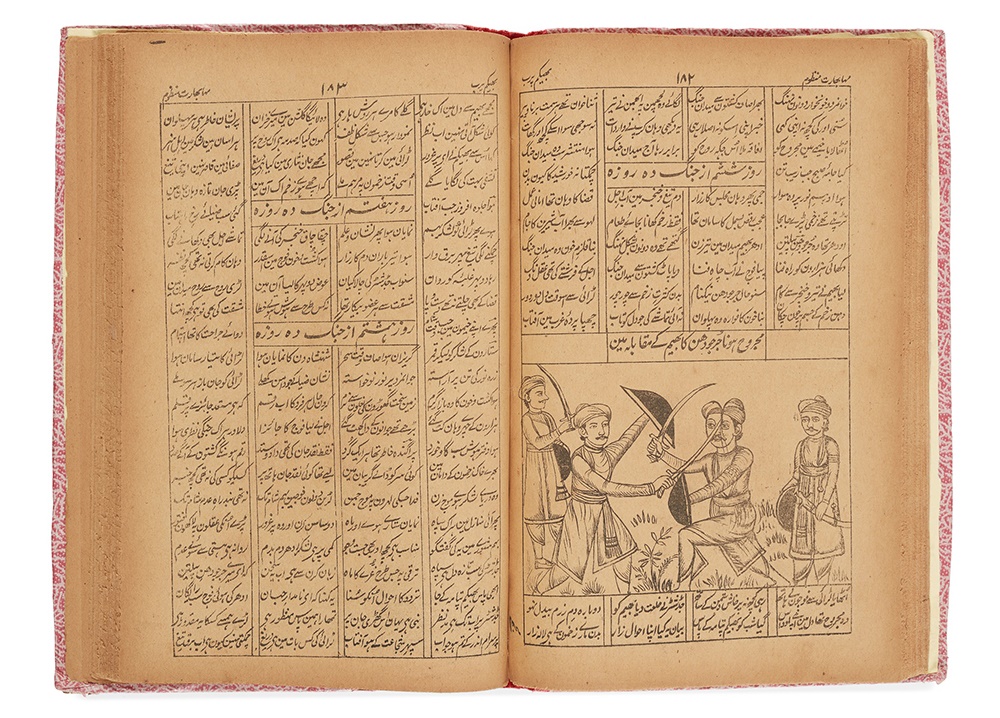 Using the technique of lithography allowed Nawal Kishore and his peers to dispense with the need to found types for cursive scripts, such as the nasta’liq used for Persian and Urdu texts, and resulted in books which were in effect the handiwork of traditional scribes and resembled the manuscripts they had been trained to produce. 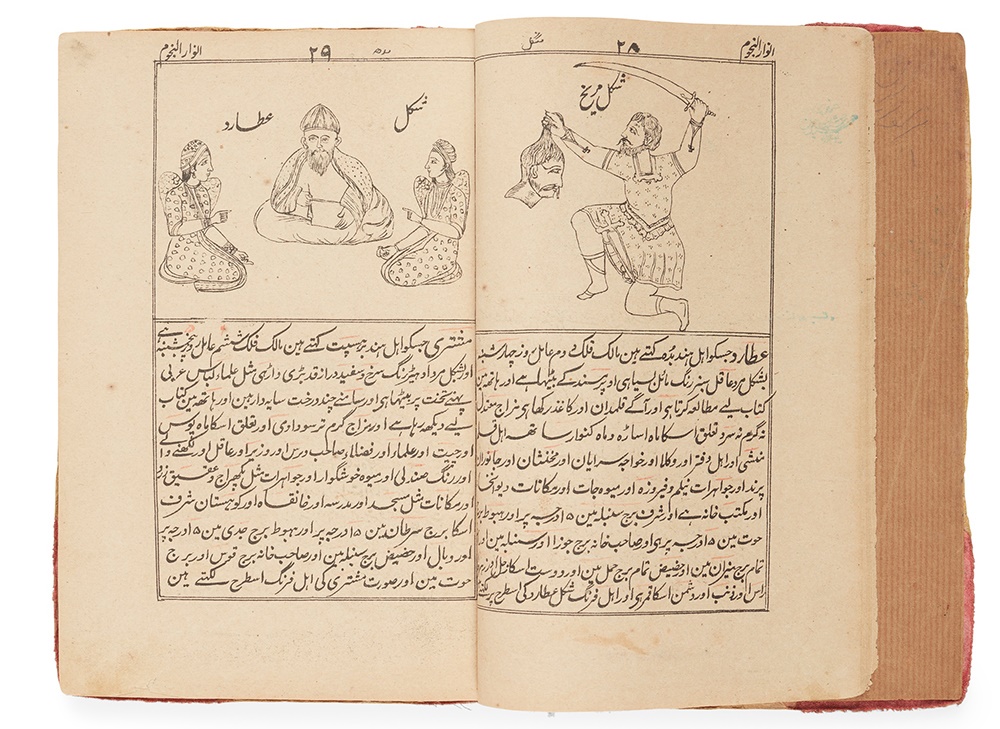 A selection of books published by Nawal Kishore and other lithographic printers active in northern India during the 19th and early-20th centuries will be offered in our February sale of Rare Books, Manuscripts, Maps & Photographs, providing a rare insight into the flourishing of an indigenous print culture in India and modern Pakistan.