Moving from strength to strength, the Contemporary Studio Ceramics market continues to see record breaking prices fall for both iconic and up-and-coming names in the genre. Head of Sale and Curator for our bi-annual Modern Made auction, Philip Smith is recognised as one of the leading auction specialists in the field in the UK. Here, Philip takes a look at the latest, exciting developments in the Studio Ceramic market...

In 2016, when the record for a piece by Lucie Rie was broken for the fourth time in just two years, international attention was drawn to this competitive, growing market. Year on year the popularity of the genre grows, with renown names seeing new record-breaking prices consistently being set.

Excitingly, this dynamic market has become an arena where women are now taking centre stage, with names such as Magdalene Odundo, Jennifer Lee and Ladi Kwali often achieving some of the highest results. 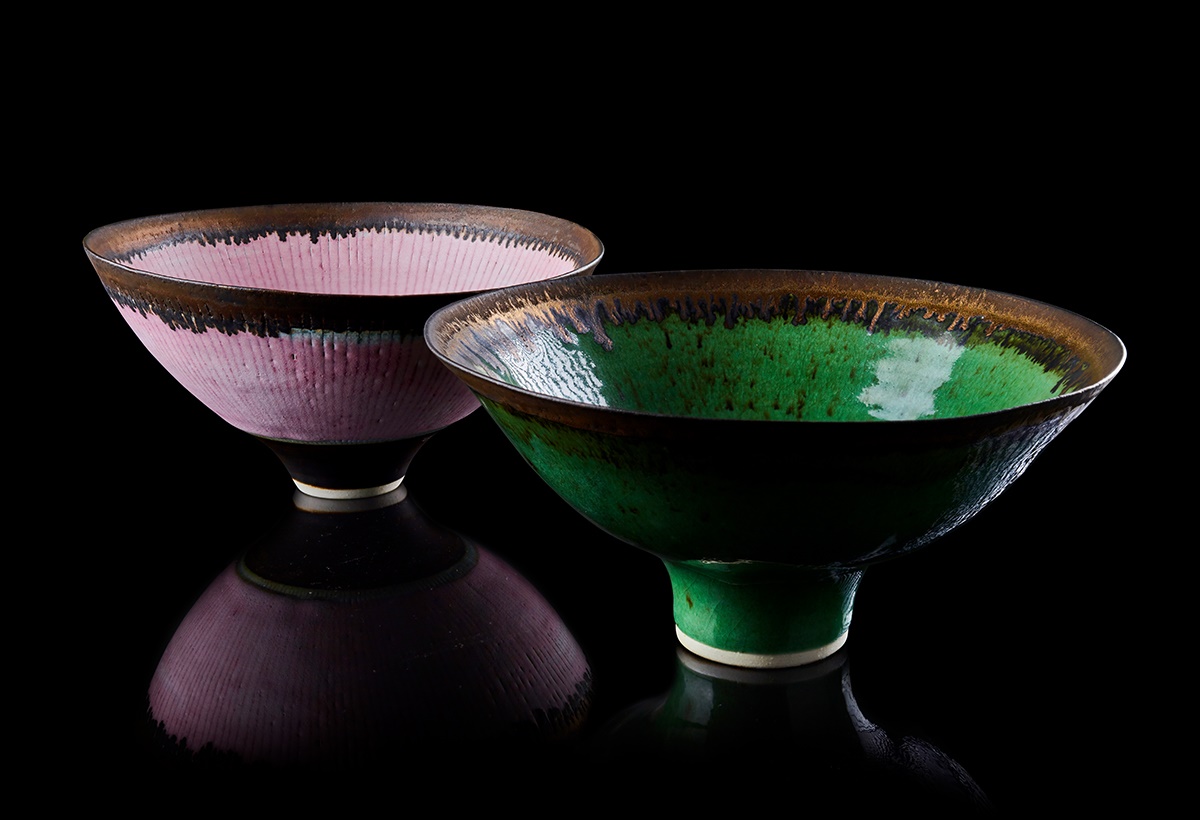 Prices and competition for works by the doyenne of British Studio Ceramics Lucie Rie continue to grow. A new auction record was set in July 2020, only to be broken just nine months later in April 2021 when Rie’s manganese and white glaze bowl sold for £245,702.

Historically studio ceramics were often side-lined to fine art and sculpture. However, in the last eight years a shift has taken place both within and outside the ceramics community, fed in part by The Great British Pottery Throw Down, the 2015 opening of the Centre for Ceramic Art in York and the rise in popularity in pottery courses, which has broadened studio ceramics appeal to a much wider and more international audience.

The seismic shift in appreciation of this medium is also because it is ever more relevant to today’s audience. The writer and ceramicist Julian Stair ascribed the genres contemporary appeal to the fact that “it is a multivalent art form, immersed in a social context, and engaging both the body and the mind,” something that is particularly chiming with a new socially liberal, younger and media-saavy audience.

Offering the very best in Modern British & Post-War Art, Design and Studio Ceramics, Lyon & Turnbull’s Modern Made auctions champion both the most prestigious names as well as relative newcomers in Contemporary Studio Ceramics. Modern Made’s curated approach celebrates art and design across multiple disciplines to reflect the dynamism of the art world in the Post-War Years.

The forthcoming April 2022 edition of Modern Made is led by two fine examples by Lucie Rie, a footed bowl decorated with a pink glaze, turquoise banding estimated at £30,000 - 50,000, while a jade green glaze example with manganese rim is estimated at £20,000 - £30,000. These are offered alongside works by other modern masters of the school including Grayson Perry, Edmund De Waal, John Ward and Sara Flynn.

It is an exciting time to be in the contemporary ceramic market - money, the media and social attributes have all come together to create a vibrant artistic space for the appreciation of the field. The current vibrancy of contemporary ceramics is one of the success stories of 21st Century arts.

Contemporary and Studio Pottery is one of the most exciting fields in the current auction market with record prices and an overflow of innovative young artists in this sector. You will find many examples of works at our studio pottery auctions.