Highlights from the Sale

Glass by René Lalique (1860-1945) is the epitome of inter-war period glamour. We were delighted to present our first dedicated Lalique auction, curated by Senior Specialist Joy McCall, at the Mall Galleries in London in April 2021. 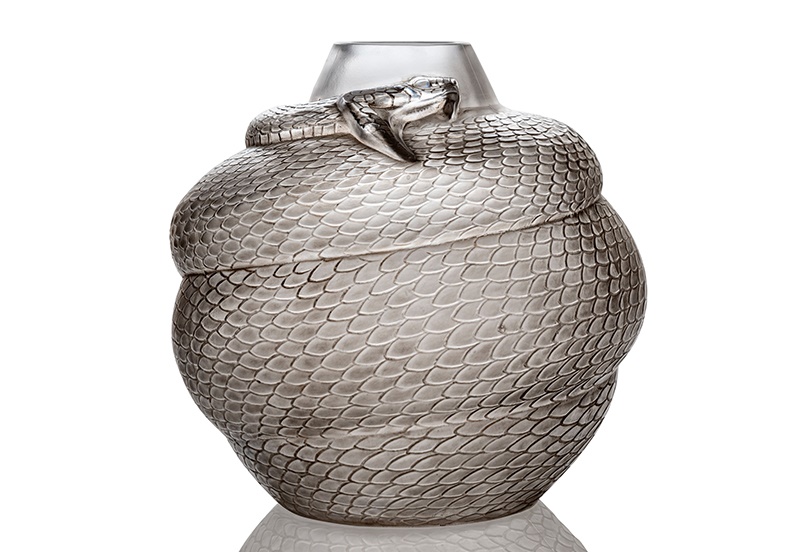 The 107 lots, with an estimate range from £300-400 to £12,000-18,000, were all vintage pieces by the venerable luxury brand. Of these the first 57 pieces were from a private European collection. Largely composed of vases, it included examples of some of the most famous Lalique creations - the clear, frosted and grey stained Serpent vase, designed in 1924 and numbered 896 in the René Lalique catalogue raisonne which achieved £27,500 incl premium and the Escargot vase (No. 931), designed 1920 which sold for £13,750 incl premium. 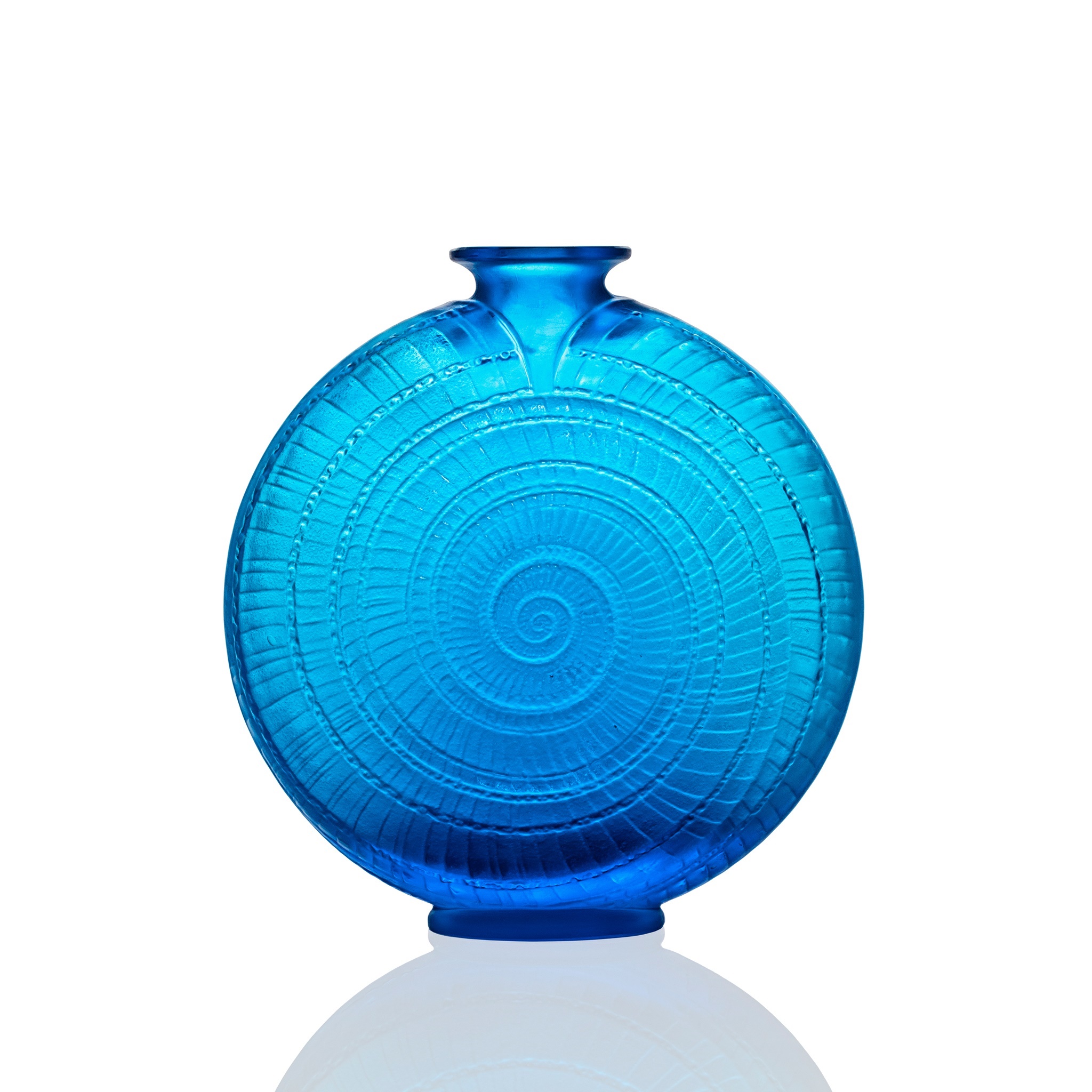 The appeal of vibrantly coloured or opalescent glass helps explain why two apparently similar items can be priced quite differently. An impressive selection of cobalt blue vases includes the front cover lot, a Tuileries pattern vase (No. 1053) with its foot of repeating sparrows designed in 1930 saw £8,750 incl premium.

No collection of Lalique vases would be complete without the budgerigar Ceylan vase (No. 905) designed in 1924. The example here, that sold for £13,750 incl premium, was exceptional. “It is simply best Ceylan vase I have ever seen because of the depth of the opalescence and the subtlety of the green staining" says Joy McCall. "It’s superb - right down to the long tails of the birds that were very often polished down during production. This is probably my take-home lot.” 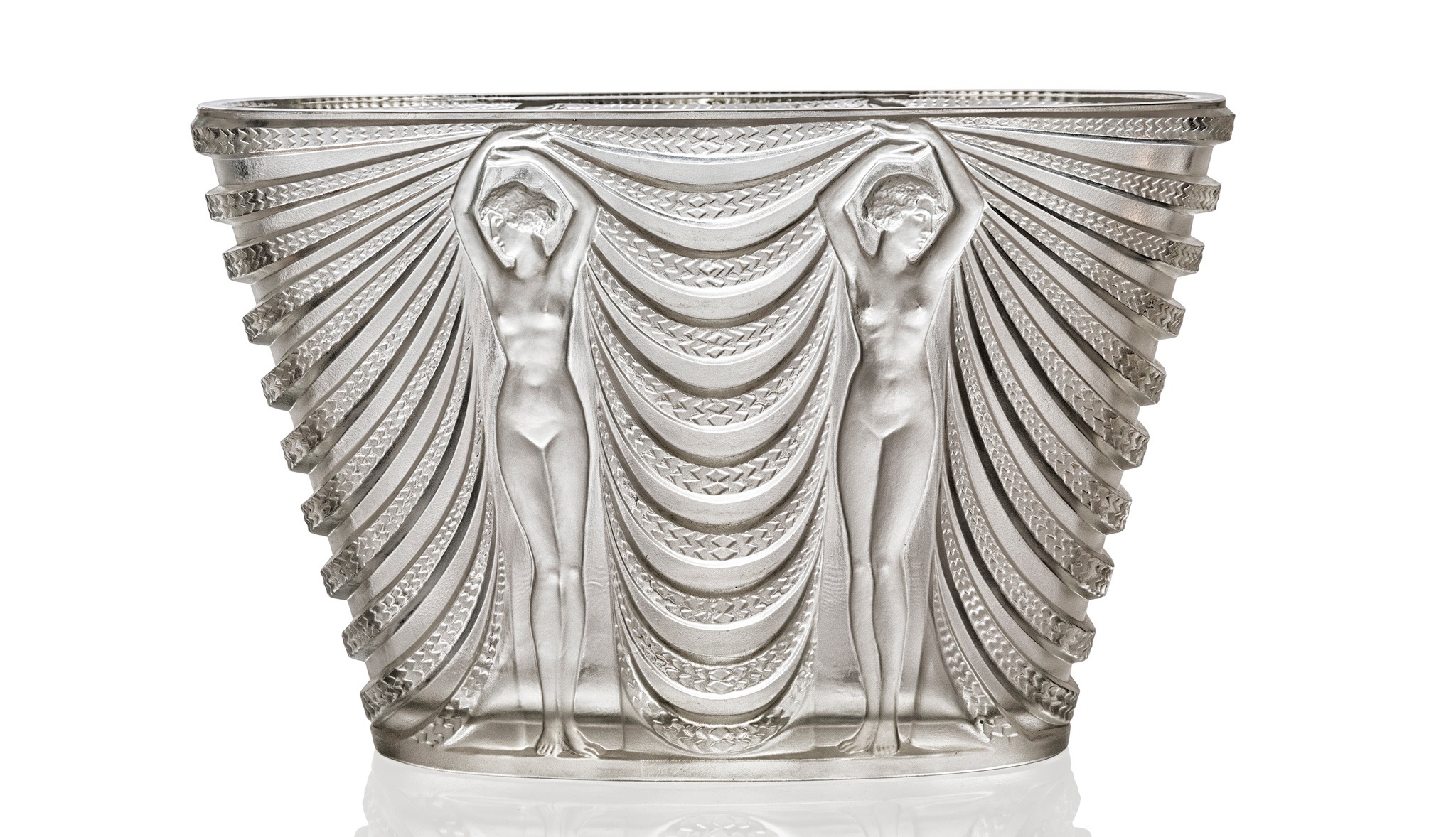 Figural subjects are among the most popular Lalique designs. The wonderfully Art Deco vase Terpsichore (No. 10-911) modelled with pairs of naked women holding aloft the swags of a curtain and the Pan vase (No. 10-904) formed as a set of panpipes with vignettes of the Greek god are both relatively late designs from 1937 made in clear and frosted glass. Both are rarities - the latter in particular rarely appearing on the market. “It is only the second I have offered in 25 years of handling Lalique” says Joy. They achieved £12,500 incl premium and £4,750 incl premium respectively.

One of the earliest works offered was the frosted and sepia stained Quatre Masques (No. 878) dating from 1911. For René Lalique, glass making represented a second career (he had already proved himself a superb artist jeweller). However, as the fashion for Art Nouveau peaked, Lalique changed medium and began to produce bespoke glass bottles for near neighbour François Coty - some of the very first experiments in commercial perfume bottle manufacture (previously scent was acquired in phials from the pharmacy). 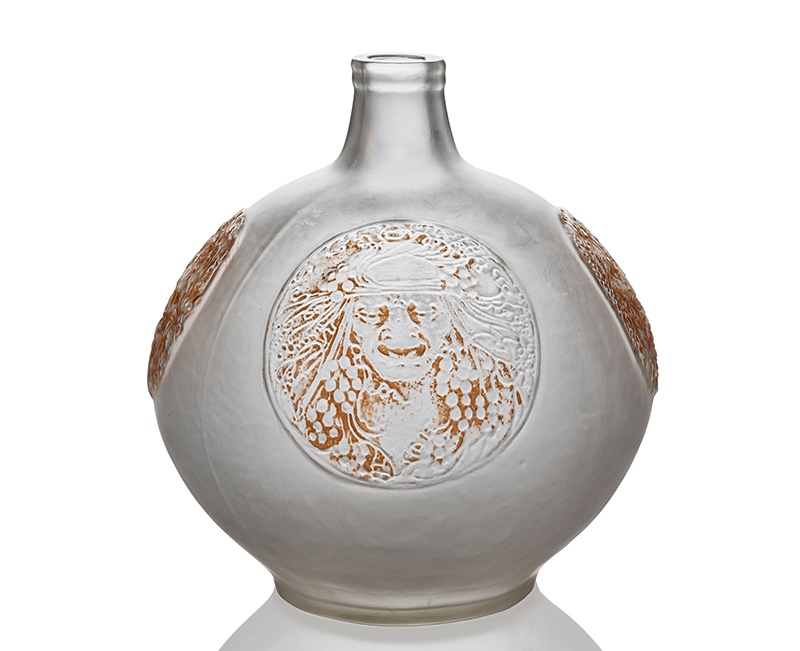 Made two years before mass production of Lalique glass began (first from a factory at Combs-La-Ville in south east of Paris and then from 1921 at Wingen-Sur-Moder in the glass-making region of Alsace), this Quatre Masques was a rarity which realised £11,875 incl premium. Examples of Lalique perfume bottles from the same era were also included in the sale. A Côtes Bouchon Papillon bottle, No. 477, designed 1911, sold for £2,500 incl premium. 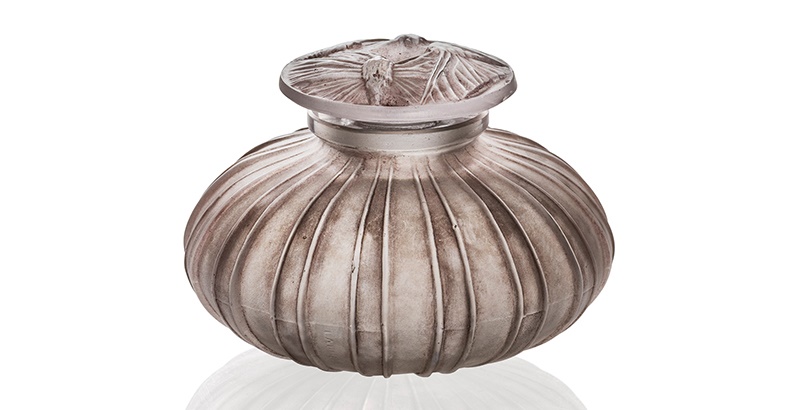 From perfume packaging to light fittings there are many categories of Lalique to collect. A distinct market subset are the series of 31 car mascots or hood ornaments (bouchons de radiator) produced in the six years between 1925, the year of the landmark Exposition des Arts Decoratifs in Paris, and the grip of economic depression in 1931. With the aid of a metal mount and electric light, these could be fitted to the radiators of a luxury sports car. 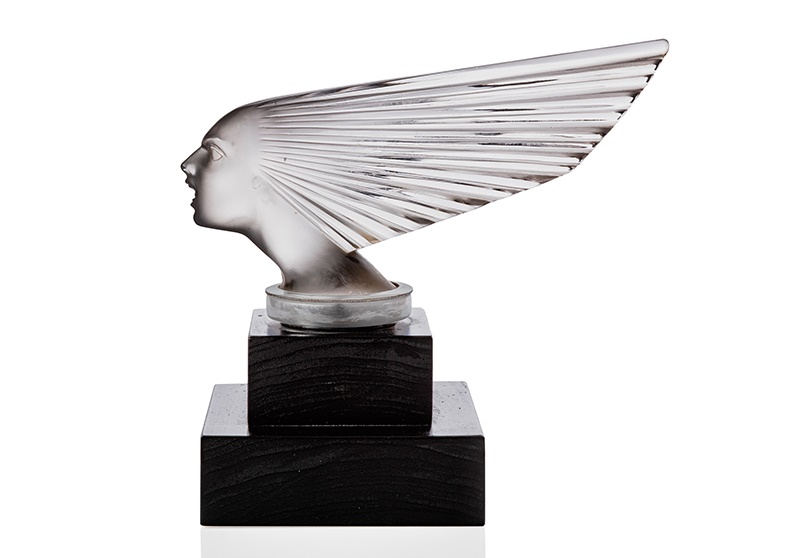 These have obvious cross-over collecting appeal to car enthusiasts who add significantly to the collecting base. Among the most famous is the Victoire mascot (No. 1147) designed in 1928 as the screaming head of Victory with a shock of stylised hair. The clear and frosted example offered in our inaugural sale, with later ebonised mount, achieved £7,500 incl premium.

Ever since the secondary market for Art Nouveau and Art Deco furnishings first took off in the Swinging Sixties, Lalique has enjoyed a special place in the hearts of collectors. We were delighted to present this curated group of Lalique glass to auction in the Spring of 2021.

Lyon & Turnbull’s Design Department is delighted to be introducing Lalique as a new biannual sale category in 2021. No other auction house offers specialist sales devoted entirely to the work of René Lalique. The first sale is scheduled to take place on 29 April in the Mall Galleries, London. Joy McCall will be heading these sales as she previously did at Christie’s, London for many years. She has over 25 years of experience selling Lalique and brings to the process her knowledge and expertise together with a personal passion for the subject.