Both seeking to achieve an exorcism of his own violent side, and a social study of “the universal theme of man’s inhumanity to man”, Peter Howson's Face of Britain III is an impressive example of his work and what his biographer Robert Heller describes as his 'Patriots'.

In the late 80s and early 90s, Howson embarked on a thematic exploration of what his biographer Robert Heller describes as his Patriots: the fascists, the football hooligans, the bully boys of the UK... “People who use brute force for brute ends”. It would go on to become the facet of his work for which he is arguably best known. 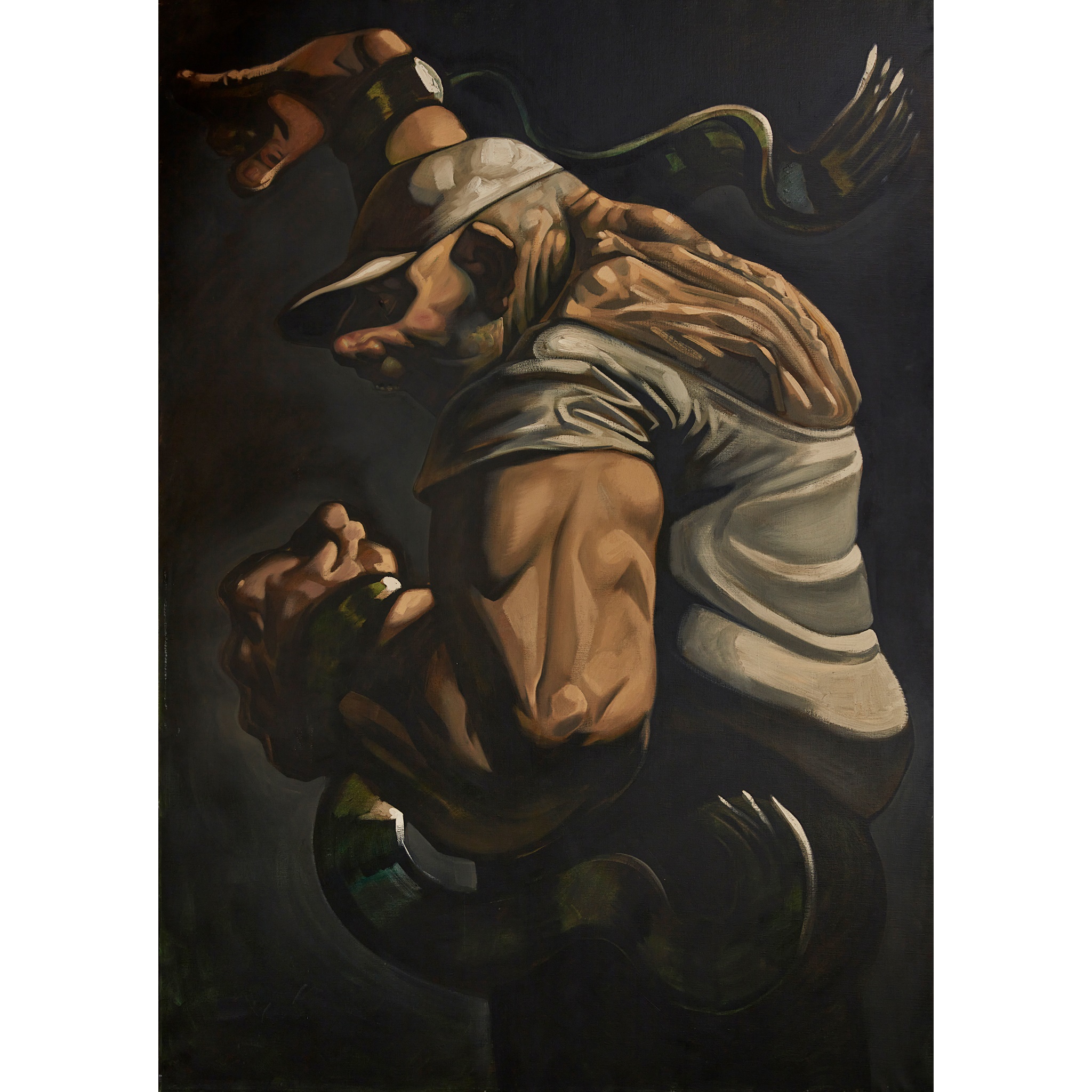 Face of Britain III, dates to 1991, and is a significant iteration of this theme. This monumental and muscular ‘Game Boy’ raises his fist in a gesture pitched somewhere between a neo-Nazi salute and the celebratory stance of a football fan or roused member of a street mob. He sports the typical uniform of baseball cap and too-tight t-shirt, a nod of ridicule on Howson’s part, but with sinister “wrist gauntlets that furl out into a threatening combination of football scarf and leather strap”. The figure’s face is contorted into a mask of “swinish hate”, as Heller puts it.

What Howson sought to achieve through these works was an exorcism of his own violent side, but most of all they are a social study of “the universal theme of man’s inhumanity to man”, an interrogation of the darkness that drives man and the masses, and to hold a mirror up to one of the darker ‘Faces of Britain’ that we would perhaps rather not acknowledge. Howson’s experience at the hands of such figures had “an ineradicable impact on (his) psyche”.