The Distinctive Character of Peter Howson

Our first Contemporary & Post-War Art auction of 2015, took place on Wednesday 18 March in Edinburgh. One of the top lots - selling for £40,000 (inc. buyer's premium) -  was this important and rare to market artwork by contemporary Scottish artist Peter Howson, The Sublime and the Ridiculous. Charlotte Riordan, Head of Contemporary Art, takes a closer look at this striking painting. 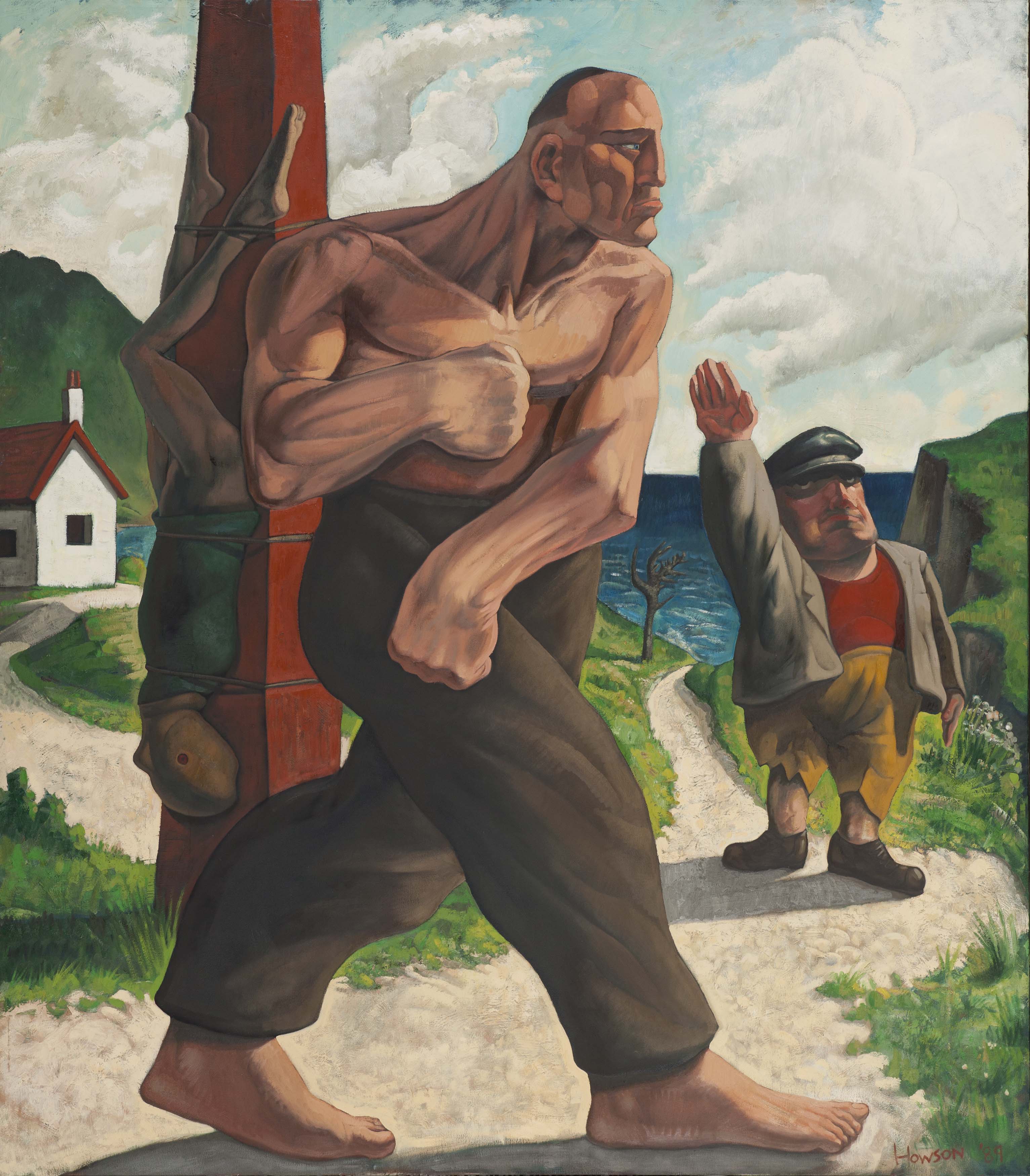 Peter Howson’s distinctive characters and strong, figurative style are instantly recognisable. His depictions of a violent, working-class, predominantly masculine Glasgow world are favoured by celebrity collectors such as Madonna, Mick Jagger and David Bowie and have featured on a range of album covers for bands including The Beautiful South. 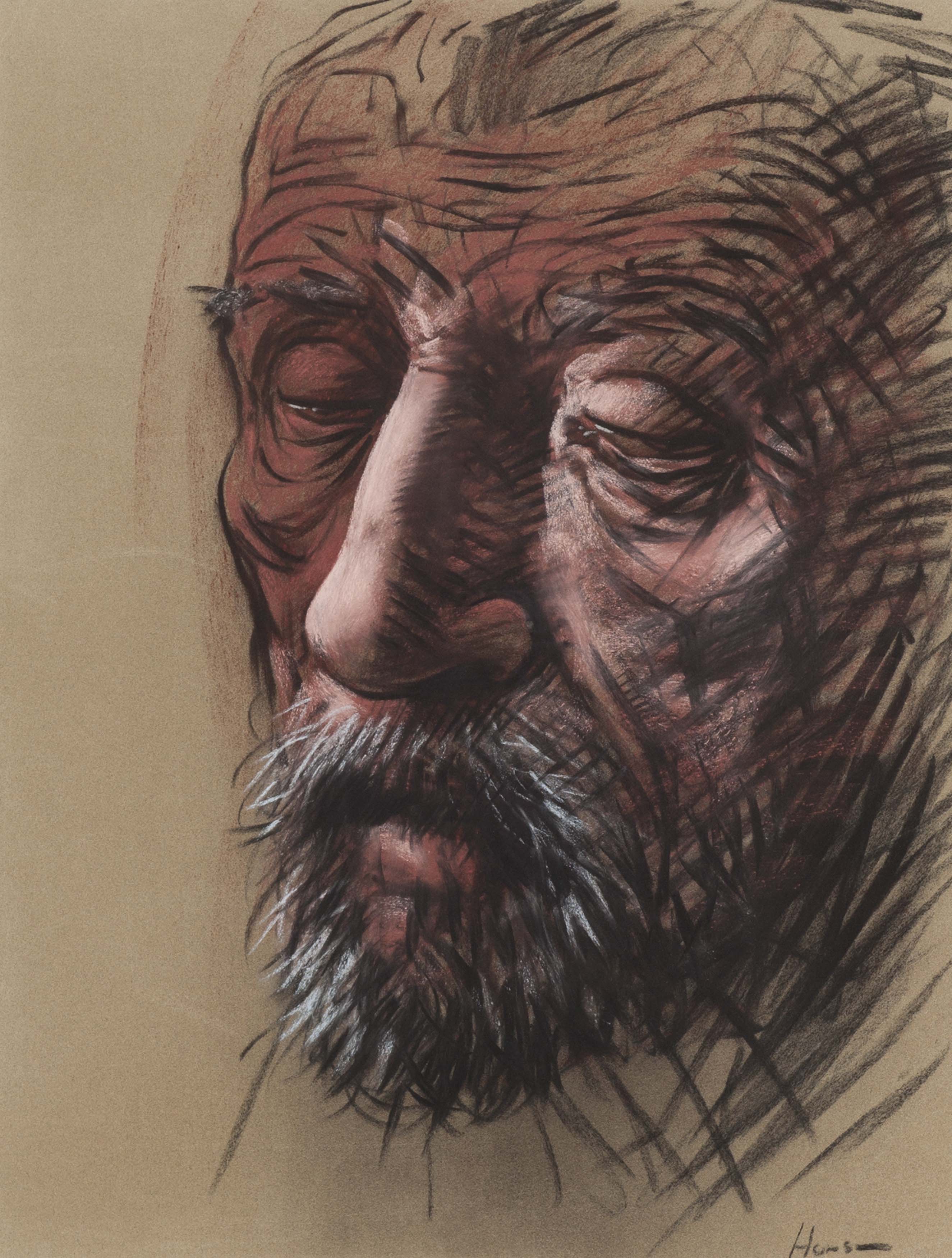 Howson trained at Glasgow School of Art, painting alongside other popular contemporary artists; Adrian Wiszniewski, Steven Campbell and Ken Currie. He is recognised for his commitment to war painting through his role as British official war artist for the 1993 Bosnian Civil War for the Imperial War Museum and then official war painter at the Kosovo War for the London Times. The public recognition of Howson’s work was cemented on his appointment as Officer of the Order of the British Empire in 2009. 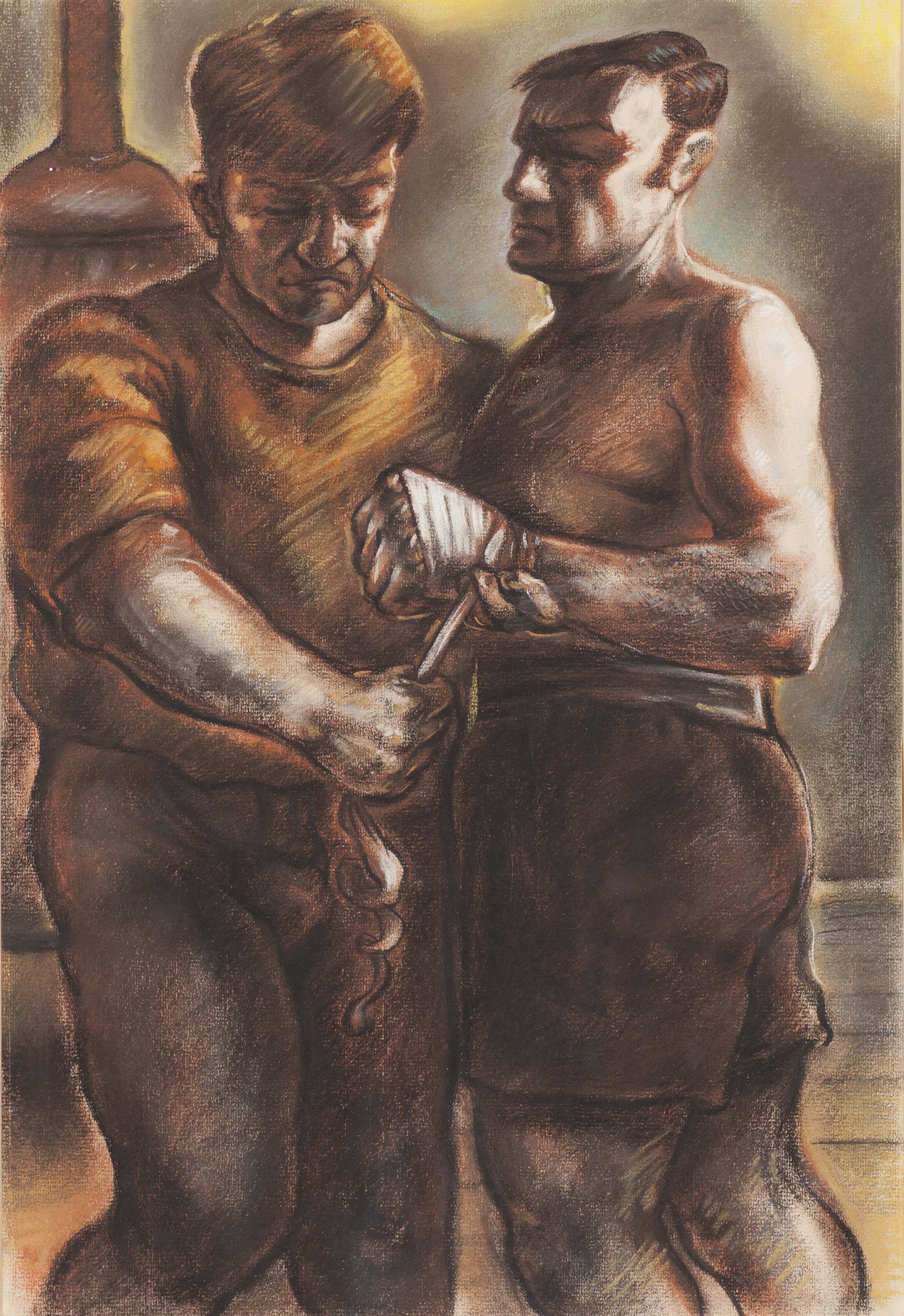 The Sublime and the Ridiculous was painted by Howson in 1989, right in the midst of his stratospheric rise to fame. Following his breakthrough year in 1985, during which he spent time as artist-in-residence at St. Andrew’s University, developing his now instantly-recognisable ‘Boxer’ figures, before the huge succeess of his work in the ‘New Image: Glasgow’ exhibition. The Sublime and the Ridiculous was painted during a highly creative and prolific moment period of his career where between 1985-1993 he had over twenty solo exhibitions in locations around the world. Despite the prolific output of this time, works from this period and on this scale remain very rare in the current market, as many remain in private collections. 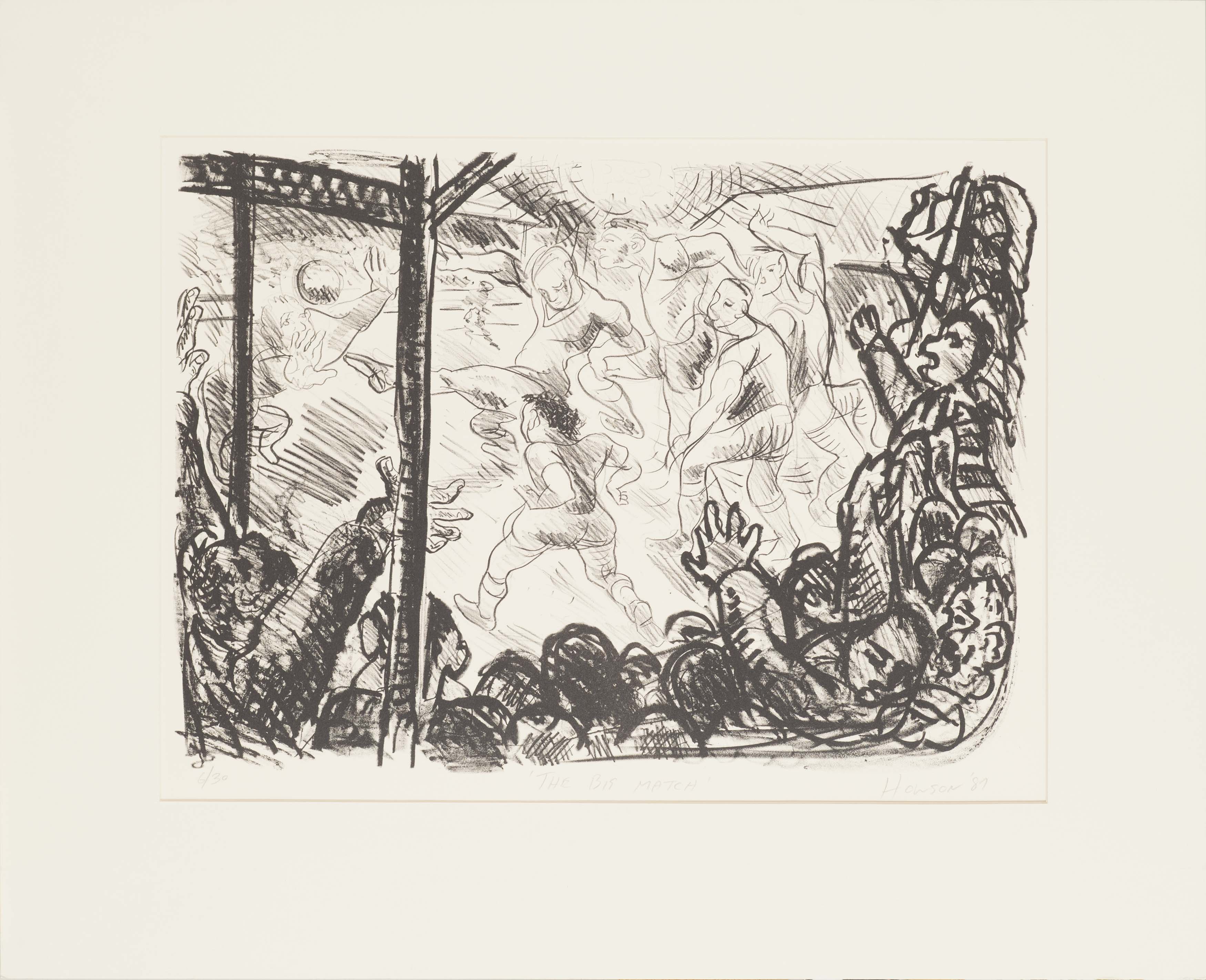 Known for his gritty urban scenes, The Sublime and the Ridiculous features a coastal setting – inspired by Howson’s Ayrshire childhood. An unhappy time in Howson’s turbulent personal life, childhood was difficult but long walks on the beach in awe of the powerful sea were calming and happy moments.

Howson himself has claimed of his painting, "it’s almost as if I am trying to capture, in all my work, one split second of light on an Ayrshire coastline. That very harsh light on the cliff top, very cold but very clear, which creates a very strong shadow, painted with a toned-down palette."

This location re-appears in a range of large-scale works in oil that Howson created in this year including The Sisters of Mercy and Flag of Despair. Still quintessentially Howson in its technique and character, the brighter, rural backdrop is a welcome tonic to his predominantly gritty, urban locations and speaks of a very particular moment in his career.

Our Contemporary & Post-War Art auction also included a small selection of drawings and prints by Howson, from much later in his career. These also demonstrate his distinctive style and undeniable skill as a draughtsman.

DATES FOR THE DIARY