Our head of Contemporary Art, Charlotte Riordan, offers her insight into a selection of exciting lots that will feature in Lyon & Turnbull’s first Contemporary & Post-War Art auction of 2016, taking place on Wednesday, 16 March at 11am. 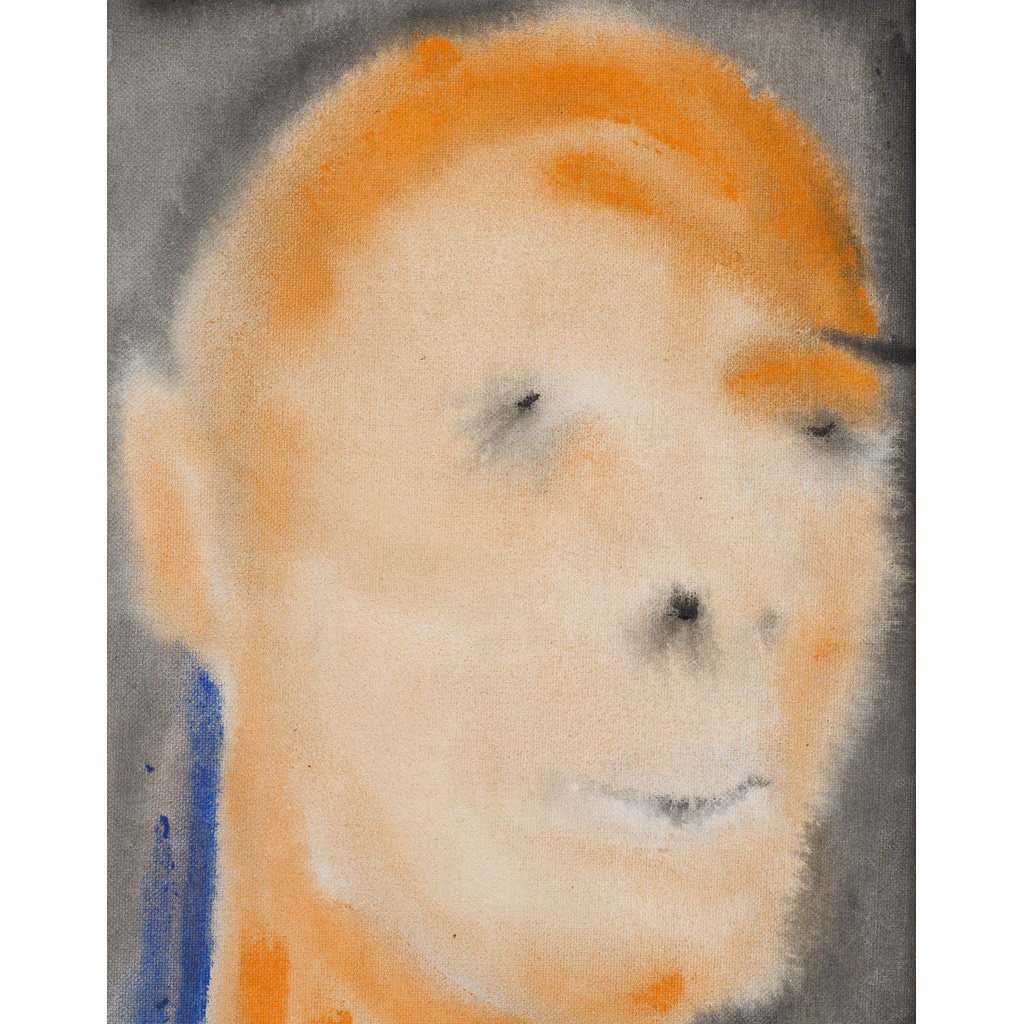 Few have so successfully managed to embody the word ‘artist’ as wholly or uniquely as the polymathic David Bowie. Best known of course as a singer/songwriter, Bowie’s entire career was spent actively blurring the lines between the art forms of music, performance and design; the visual playing as big a part as the aural.

Famously modest, the extent of Bowie’s skill as a painter and passion for collecting is little known amongst the general public. He, like so many of the influential bands that formed in the late 1960s and early 1970s, was a product of an art school education. As well as practising art, he also read widely on the subject, even becoming well-regarded as a critic in the 1990s. His own personal collection features many Modern British artists including Ben Nicholson, Stanley Spencer, David Bomberg, Frank Auerbach, Patrick Caulfield and Peter Lanyon, as well as Damien Hirst and Scottish artist Peter Howson. He was particularly drawn to figuration in all of its 20th century guises, and his own art is largely formed of abstracted head studies. His style references some of the bizarreness and esotericism of 1930s era German Expressionist art, unsurprising given the dark and atmospheric impact that the city of Berlin had on his musical output.

Though painting and art was a huge part of Bowie’s life, his work is extremely scarce to market, and Lyon & Turnbull are excited to offer this self-portrait by the artistic legend, its title DHEAD’ being eerily prescient given the timing of its arrival at auction. The art work was philanthropically donated by Bowie to a large fund-raising exhibition called ‘ARTAID ‘98’, held at the City Art Centre in Edinburgh in that year. Here his work was hung alongside artists including Craigie Aitchison, Howard Hodgkin, Gilbert and George and Ken Currie. Bowie, perhaps aware that his legacy as a musical genius was likely to forever overshadow his output as a visual artist (or for that matter, as an actor), he seldom exhibited his artwork and his last solo show was in the 1990s. Examples of his Berlin-era portraiture were featured in the 2013 blockbuster exhibition David Bowie Is at the Victoria and Albert Museum in London, where they received critical acclaim in their own right. 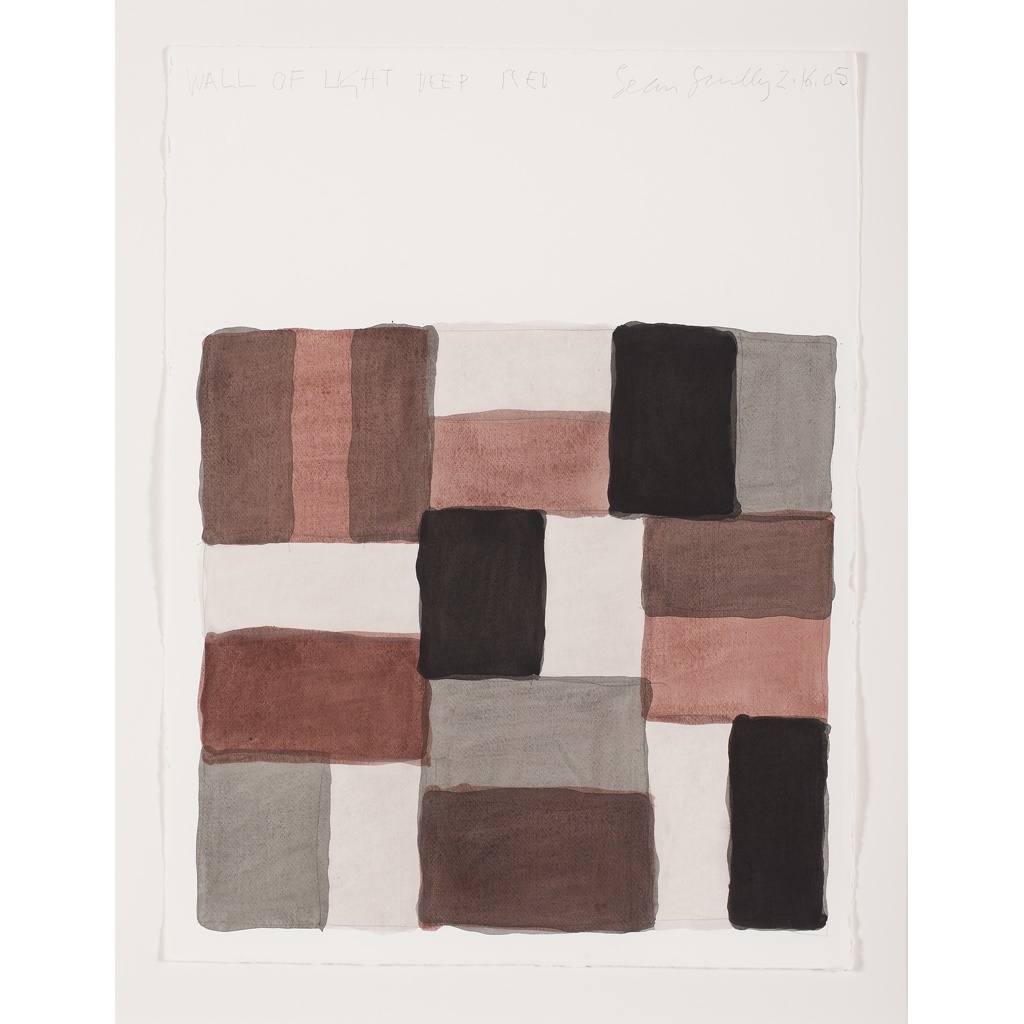 One of Ireland’s best known and most influential artists, throughout the course of his career the Dublin-born Scully has achieved phenomenal success and international recognition. His work can be found in world-class collections including The Metropolitan Museum of Art, New York, The Guggenheim, New York, The Smithsonian, Washington D.C., and Tate Modern, London to name but a few. Though he took up residence in New York in the early 1970s, his appeal has not diminished in Ireland and the British Isles and over the years Scully has seen himself nominated for the prestigious Turner Prize on two separate occasions, 1989 and 1993.

Best described as a Modernist painter, Scully’s relationship with the U.S.A. can assist our reading of his work, connected as it is to the legacy of Abstract Expressionism. His trademark stripes, squares and rectangles meet and intercept; their relationship to one another conveying a sense of movement. The tonal harmonising and interplay of colour and form engages our emotions, their meditative quality evocative of the work of the great Mark Rothko. Subtle and reflective, Scully’s works speak to their viewers with a quiet, nuanced power. While he layers his oils densely, his watercolours, like the example we are pleased to offer here for sale, have a more elusive, ephemeral quality. The colours interact; gently drifting forward and simultaneously recessing, quietly intense and coolly calm. Scully’s work is absorbing and symphonic in its simplicity.

Widely renowned for his ability to effectively convey raw emotion, and his unique figurative style, Peter Howson’s works are instantly recognisable. Howson studied at the Glasgow School of Art in the 1970s and quickly gained recognition throughout the art world with a series of commissions and exhibitions. In 1993, Howson was appointed by the Imperial War Museum to the position of British Official War Artist during the Bosnian Civil War. Howson himself has described this time in Bosnia as being ‘wrought with difficulty’, as he struggled to convey the horror of what he witnessed in his works and make them resonate with a British audience.

Included in this sale are Howson works from this Bosnian period previously exhibited by Flowers Gallery in London. Mascotte, Wham Baam Maam 3!, and Boar Hunt, were all completed in 1994 using pastel on paper. As is typical of Howson, the main focus within these works is upon the human subjects depicted, indeed, the only use of warm colour by the artist in these works is to highlight the subject’s faces. Not only does this limited use of colour serve to contrast with the cool, blue toned paper and instantly draw the viewer’s eyes to the human subjects, it serves to highlight a difference between the individuals’ wretched surroundings, and the subjects themselves. Other subject matter included in these works serve to convey further the predominant feeling of wartime melancholy, particularly the inclusion of ammunitions, decapitated boar’s heads, and skulls and crossed bones. Howson was widely praised for his work as Official War Artist, and all three of these works for sale are typical examples of his work from this formative and defining period of his career. 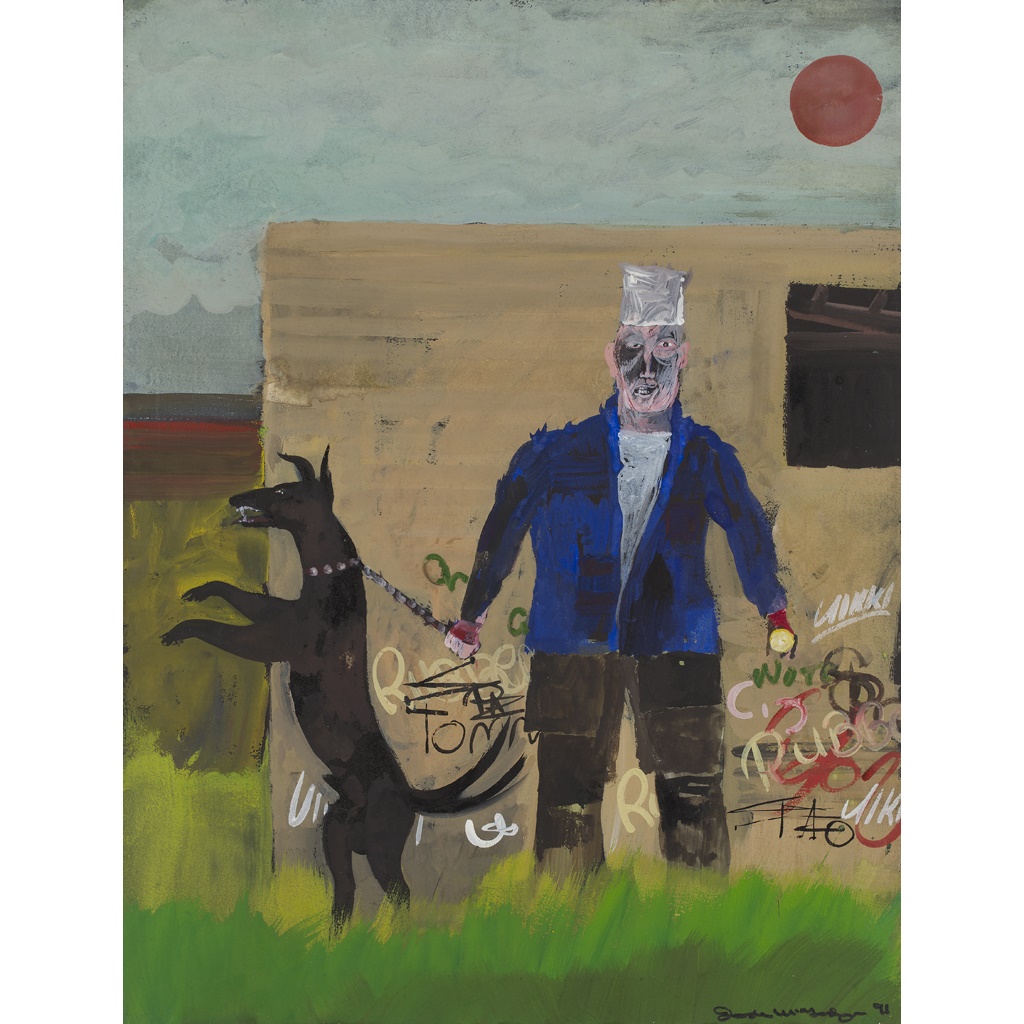 McFadyen’s work has had a series of different focus points: moving from the witty conjectures he made in Art College, to the population of London East End waifs and strays of the 1980s before he started to produce less figurative work in the 1990s as the urban landscape became his predominant subject.

Throughout his career, as well as exhibiting prolifically, McFadyen has been involved in a wide range of interesting commissions and collaborations. This began with his appointment as Artist in Residence at the National Gallery in London in 1981, which was the catalyst of his move to observed working, of which the East End waifs and strays were the result. In the early 1990s he was commissioned by the Imperial War Museum to record events around the dismantling of the Berlin Wall before working on the set and costumes for ballet performances at the Royal Opera House.

McFayen has claimed that his painterly influences include Sickert, Whistler and Lowry but for the most part he finds his inspiration in 1970s realist film and contemporary novels and music rather than art. As a result he has worked in collaboration with a range of writers including Iain Sinclair, Howard Jacobson and Will Self. In 2005, he took his collaborative efforts a step further by founding The Grey Gallery, with his wife, the musician Susie Honeyman. It is a nomadic entity which works with artists, writers and musicians on a project basis, with the intention of working across disciplines and outside of existing frameworks established by dealers and curators.

McFadyen’s talent has been consistently recognised and celebrated, through his high-profile commissions as well as with the inclusion of his work in 30 public collections, as well as private collections worldwide. He was elected a Royal Academician in 2012, confirming his place within the British artistic establishment.