Think of David Hockney, and immediately picture the sunshine-soaked, boldly-hued scenes of California homes and swimming pools that he is widely known for. After formative years spent in comparatively dreary Yorkshire, Hockney was immediately captivated by the bold colours and widespread luxury of Los Angeles. Private swimming pools were an extravagance in the U.K., but in the City of Angels, Hockney found them everywhere: he had discovered a subject.

Paper Pools is a book chronicling a very specific moment in Hockney's creative process, a short period in 1978 when on route to California from England, he made a de-tour to Tyler Graphics studios in upstate New York, to visit friend and previous collaborator Kenneth Tyler. Here he was introduced to a new medium, the paper pulp process. This involved dyeing wet pulped rags, which were applied in various ways to recently-created and still wet paper, until they were finally fully pressed and dried; there were opportunities for the artist to manipulate the application of colour at all stages. The result was a cross between paper-making, print-making and painting. Hockney found learning this new technique and its specific restrictions, creatively freeing. He realised the process could be very conducive to variations on a theme, and the swimming pool and the effects of different lights and movements on the water was captivating him once again - as he swam in and looked at Tyler's outdoor pool each day. 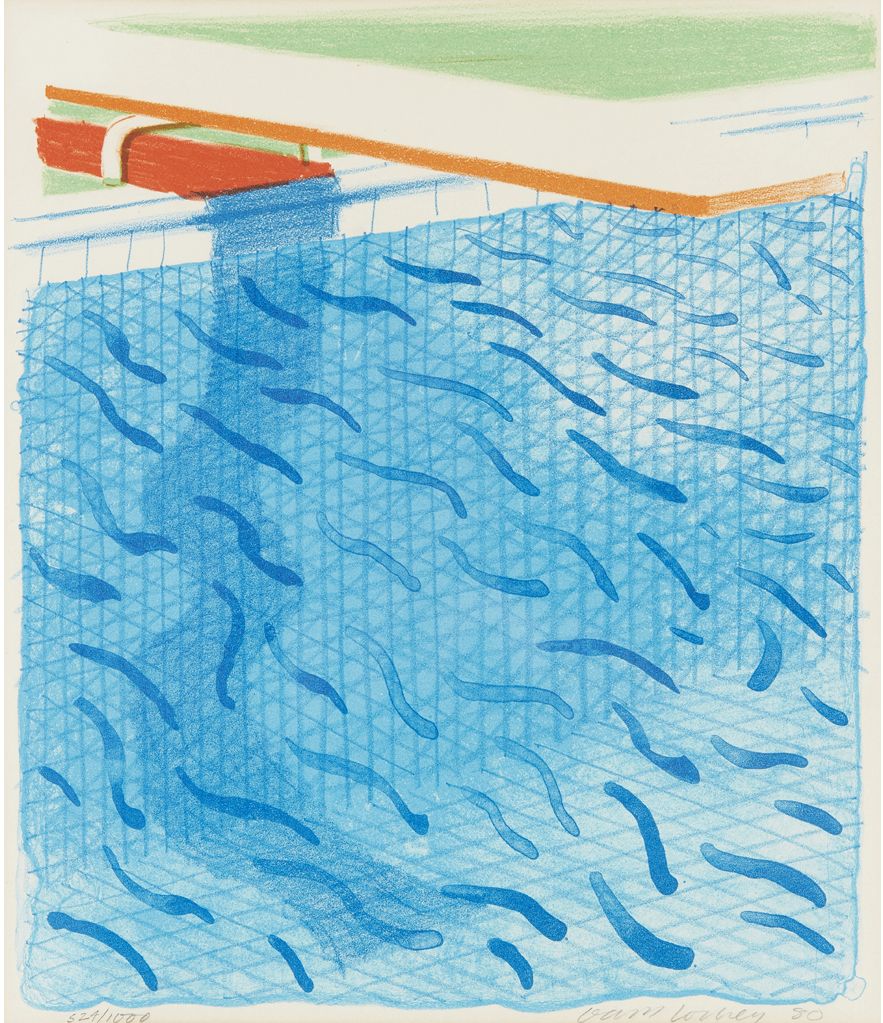 In the resulting series, Paper Pools, Hockney creatively addresses a formal, and paradoxical problem: how to depict the elusive, ever-changing qualities of a body of water, in a flat, stationary, two-dimensional form. There is something conceptually satisfying in such a water-heavy process being used to attempt this. In these works, colour does not sit, it is fused, completely integrated into the medium. Water is the same; light and movement are subsumed into it, and thus its appearance and qualities change. 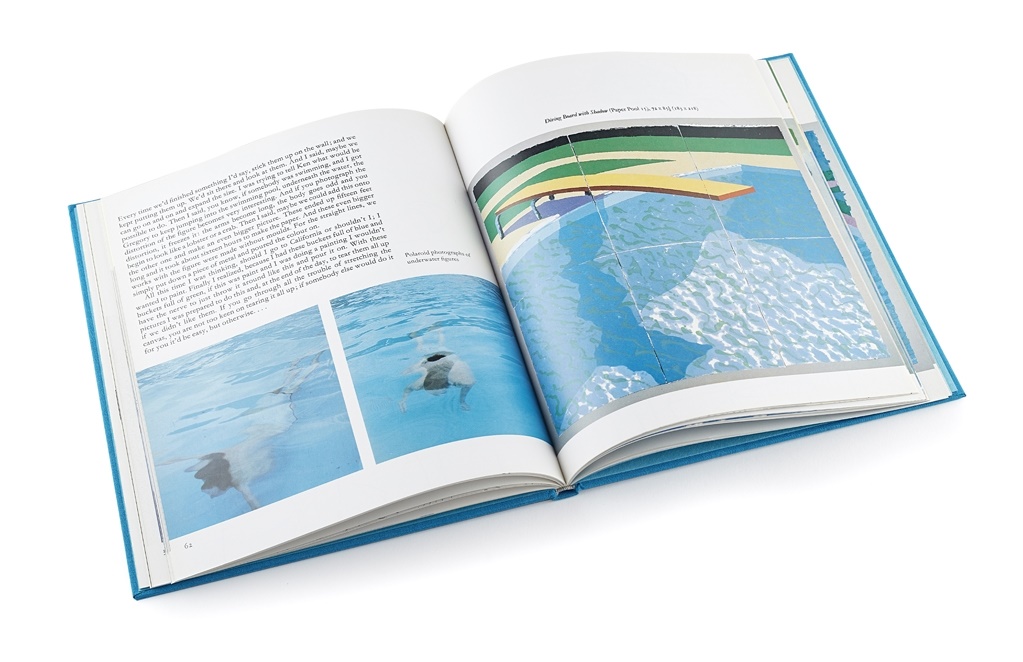 The beautiful book fully illustrates this process, with a reflective text written by Hockney and accompanied by various illustrations - reference polariods he took of the swimming pool in different lights, line drawings capturing the physical process, reproductions of each work in the series as well as some in-process photographs; of the works still at the wet pulp stage before they were pressed. There is a vivid sense of the finished product, but also of the process that went into it: physical effort, litres of water, eclectic equipment, artistic imagination and a strong feeling of camaraderie.

To celebrate the publication of the work, Hockney produced a six-colour, hand-drawn lithograph, which he signed and numbered. It revives his favoured subject, boldly depicting the swimming pool and diving board in strong colours. The gently rippling water is depicted with surface watery, wavy marks, overlaying the deeper, overlapping shadows - there is depth and movement, as Hockney manipulates different effects of lithographic mark-making.

Paper Pools is a celebration of the artistic innovation and imagination of a very particular moment in Hockney's career, but also an encapsulation of some of the key themes and subjects of his wider oeuvre. 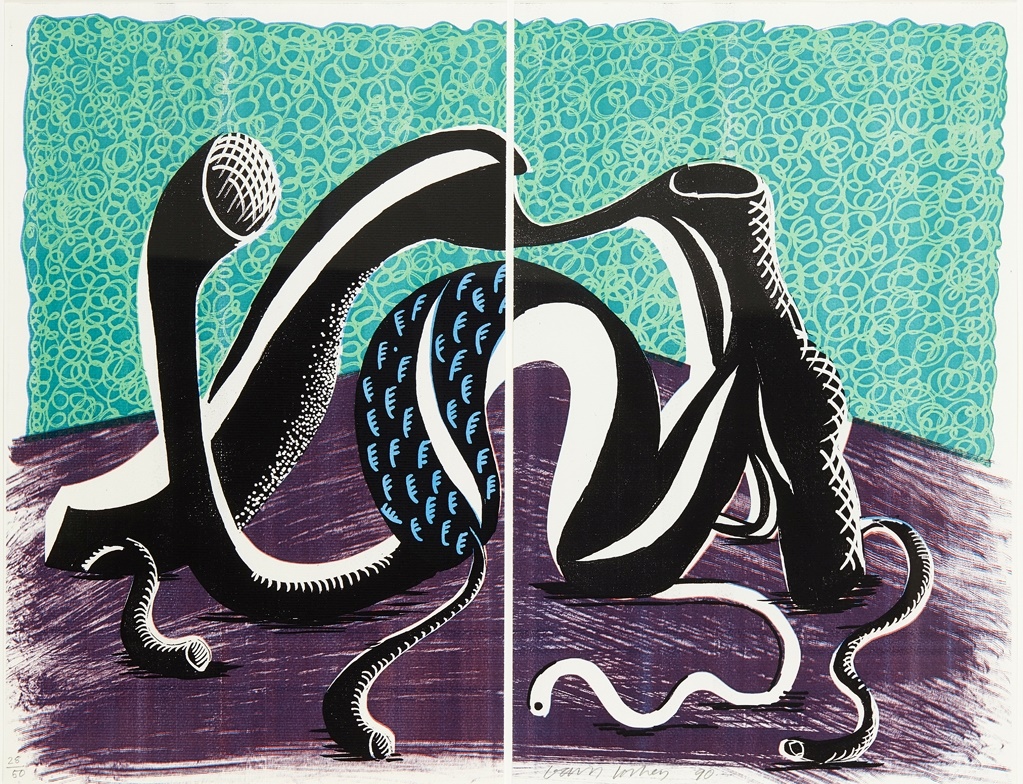 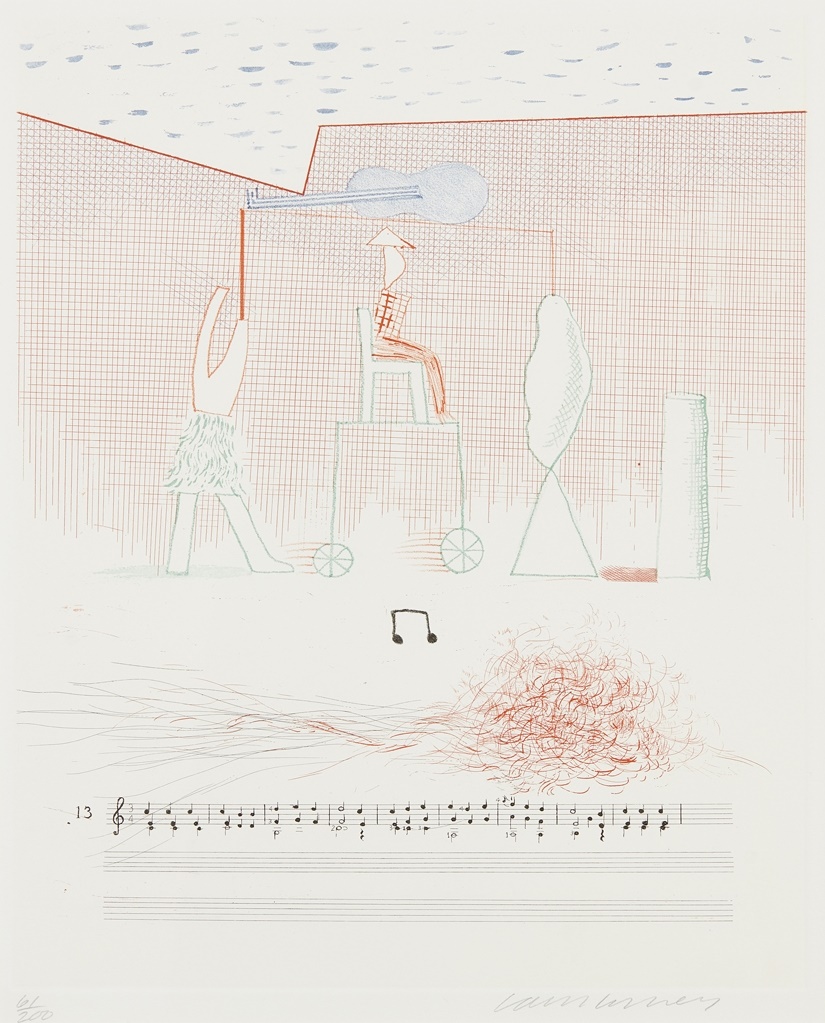 With specialists in Edinburgh and London our team are on hand to help you find our more about buying and selling at auction.