In advance of the Scottish Paintings & Sculpture auction on 7 December, Nick Curnow takes a look at the connection between Cadell’s depiction of the interior of Iona Abbey and an ongoing appeal to save this important landmark for future generations 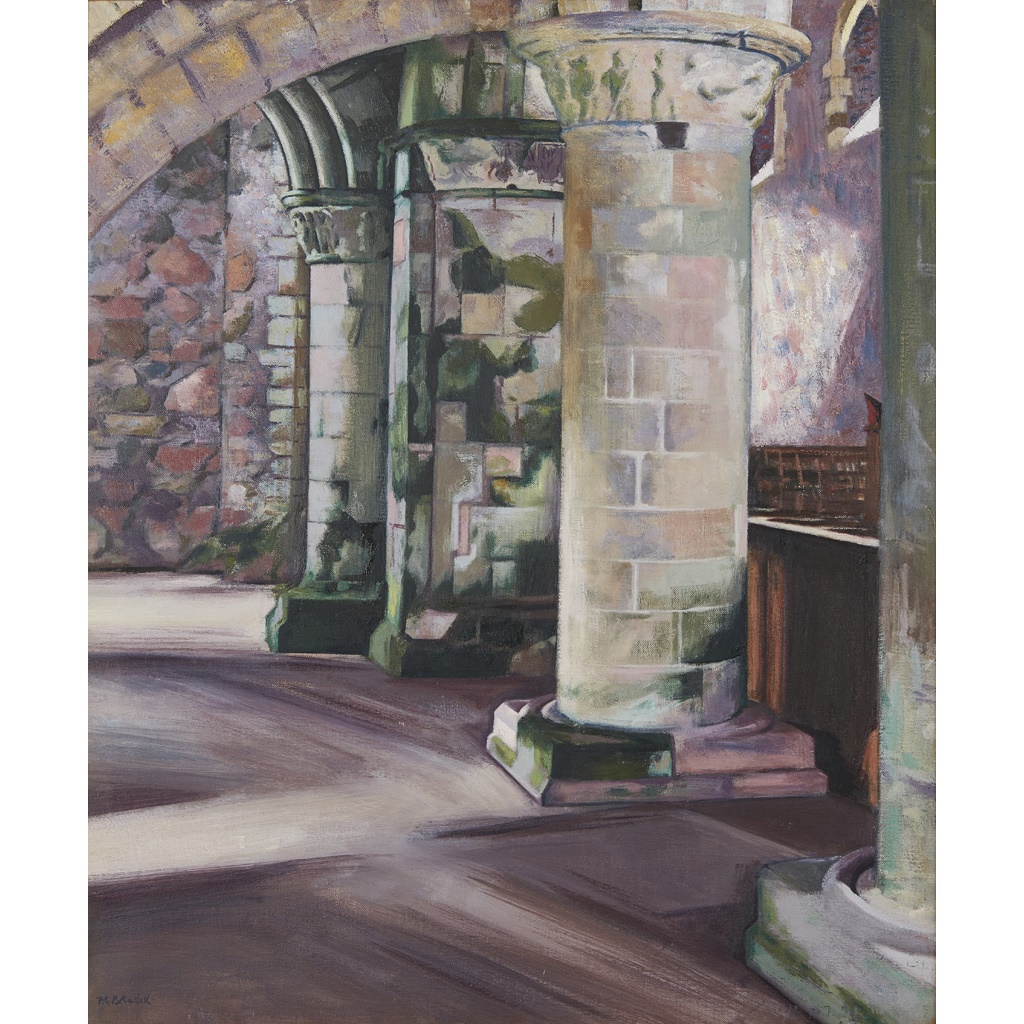 Cadell's paintings of Iona are a wonderful homage to this fascinating place, capturing and celebrating its beauty and atmosphere. His paintings are often surprisingly true to life, and here Cadell brings his discerning eye to bear on Iona Abbey, a key landmark of the island, and a structure that signifies the important religious history of the place.

The isle of Iona, and the Abbey, have been a major centre of Christian worship since the arrival of St Columba and his companions in 563 AD. It was the starting point of the spread of the Christian faith throughout Scotland and ultimately became a focus of religious pilgrimage. The distinctive beauty of the island, its ever-changing weather patterns and very particular light, have repeatedly drawn artists to its shores. Cadell first visited in 1912 and captivated by its wonderful atmosphere, he was to return nearly every summer for the rest of his life. An important, early patron of his work G.W. Service supported the artist by purchasing many of his Iona paintings, including this one in 1922. In this painting, Cadell has focussed his attention on evoking the inside of this significant structure. The viewer is immediately transported to the cool interior of Iona Abbey, and through Cadell's eyes and deft brushstroke, a whole world of colour and texture is revealed within these walls. A visual feast, Iona Abbey is a celebration of pilgrimage, in both a religious and artistic sense.

The sale of a painting that so clearly celebrates this important Scottish location, seemed an opportune moment to support the Iona Abbey Capital Appeal, which aims to ensure that the work of the abbey continues and future generations get to stay in and see the Abbey as Cadell saw it in his day. In support of this goal, Lyon & Turnbull will donate a sum from the sale to the appeal.

“It is wonderful to see the South Transept of Iona Abbey be brought to life by this great painter. Iona Abbey is a vital resource, a heritage site with living presence which helps to sustain a fragile island community and which, through the Iona Community programmes and worship, touches the lives of many of the visitors who come to Iona every year. Yet, this resource is under threat. The Abbey accommodation, which houses Iona Community’s guests, staff and volunteers, is, according to experts, becoming unfit for purpose. If no work is done to it, it is predicted that the accommodation will need to close within the next five years. The work needed on the Abbey is to cost £2.7 million. To date, £1.2 million has been raised which means Phase 1 can commence November 2017. The work for Phase 2 can only be undertaken when the remaining £1.5 million has been raised and the donation from Lyon & Turnbull will help us towards this goal.” Kathy Galloway, Interim Leader of the Iona Abbey Capital Appeal.