Join our Head of Watches, Sarah Fergusson, as she takes a closer look at the rare gold Rolex Submariner that featured in our December 2021 Jewellery, Watches & Silver auction.

Traditionally, watches have been used to punctuate the most important life events; a 21st, a wedding, a retirement. Like jewellery in these contexts, these are moments when one would receive the watch as a gift; a recognition by others of a significant occasion or achievement, or as a thank you. With this in mind, these watches seem to slot quite nicely into the life story of the owner, tied so intrinsically as they to a life event. But what if the recipient did not like the watch and never wore it, perhaps they stowed it away in a drawer and thought of it only rarely? In this case, we cannot really tie it to the story of that individual, as much as the gift-giver may have hoped. It becomes extraneous to the owner’s story and becomes just an object whose own biography stops with the tale of the manufacturer, its own creation, and then gifting.

The most valuable vintage watches are those with a true story, a biography, that they share with their owner. From Paul Newman’s Rolex Daytona wrist watches to Marlon Brando’s Rolex GMT Master, to Buzz Aldrin’s Omega Speedmaster, there are many watches with famous owners whose joint biographies result in record values. On a more familiar or accessible level, are those watches owned by individuals who are not famous but whose lives and use of the watches, bestow value upon them.

Previously, we have discussed many watches included at auction by Lyon & Turnbull whose narrative enriched their appeal. These have included a Longines gold watch owned by a prominent employee of D.C. Thomson & Co., a Rolex Submariner Deepsea owned by a divers’ medic, and a very rare Rolex Daytona from the late 1970s that was owned, and most importantly used, by a Merchant Navy captain in some daring contexts. Embedded within these watch stories is a ‘fitness for purpose’ of the timepieces in question, and in turn, the use of these watches for said purpose.

A diver will use a Submariner to keep them safe underwater, and a seafarer will use a Daytona for timing race sections (although, yes, the Daytona is more likely to be used for races on land, not sea.) These tool or sport watches are exactly as they purport to be – tools to assist the individual to complete a task efficiently, and often, safely. There is of course another purpose, other than the purely practical, that is very important, not only in the watch world but in the world of adornment, and luxury in general.

A watch can say a lot about us, or rather we can hope to say a lot about ourselves through our watch. Selecting a watch, like the clothes we wear, cars we drive and activities we partake of, is for many, a very considered process. Like many significant purchases, a watch can be a long-held aspiration and signify reaching a long-awaited milestone.

This brings us to a rather special Rolex watch that featured in our December 2021 auction, a rare Rolex Submariner. This gold watch was a long-held aspiration that was so much more than ‘just a watch’ to its owner. The story of watch and owner together is very interesting one, revealing much about the watch and jewellery trade in Glasgow and beyond but first, a little about the Submariner model overall, a truly important watch in its own right.

Each of Rolex’s models story starts with the Oyster case. First released in 1926, the Oyster watch represented a triumph in it waterproofness. This was quickly followed by the company’s automatic or ‘Perpetual’ movement as it is known, in 1931. The Oyster case and Perpetual movement form the basis of every mechanical watch available today from the company. The early 1950s saw Rolex release many of the watches that have since become iconic, those with specific activities in mind that we call sports or tool watches. Sir Edmund Hillary and Tenzing Norgay reached the summit of Everest in 1953. They were each wearing a Rolex Oyster Perpetual. These were standard pieces, with white dials and black numerals. Rolex released the Explorer wrist watch soon after this ascent, with a number of changes to suit its purpose. Also released in 1953 was the Submariner. A watch designed as a tool for those going to great depths, rather than great heights, this one responded to the popularity of diving as a recreational sport and professional activity. Rolex states on their site that it was the first watch to remain waterproof in water up to a depth of 100m. At that time, that was a significant depth. We should note here that Rolex (along with many other brands) have persisted with developing the resilience of their dive watches and the most recent Submariner can go to depths of 300m.

Of course there weren’t enough professional divers, or recreational ones, to buy as many watches as Rolex needed to sell, but that is where the aspirational consumer comes in. Rolex tool watch buyers could fantasise about the dangerous and exciting world of diving, channelling it through these timepieces. As with any aspirational or luxury object, the buyer is inspired by the associated lifestyle. As we look at a luxury car, we imagine ourselves with the lifestyle to match and sometimes we might buy that car, or watch, to show that we have made it: we already have that lifestyle and now we have the watch to match.

The gold sports watch, or in this case, diving watch, is a curious one. It bridges two worlds timepieces, and of watch-ownership. The Submariner, as we have noted, is a very specific and technical piece of equipment at its core. The uni-directional bezel allows the diver to measure the amount of time that they have been submerged, and thus when they need to resurface. The steel case is robust in that it can withstand the pressures of the deep, and corrosion by water, salt and fresh. The nature of the steel is highly suited to the waterproof requirements too – the caseback can be screwed on tight, sealed against water ingress, these days up to 3900 metres if you opt for Rolex’s Deepsea model. So why, in 1969, did they introduce a sold 18ct gold version? Well gold is not so impractical as you might imagine, these first gold Submariners were in fact waterproof to 200 metres. It was therefore still a useful tool, but it had that additional appeal of letting the owner say more than just ‘I am a diver’ (or would like to be.) It also signified wealth, or success, and we cannot forget that yellow gold was of course the popular metal of choice for jewellery and watches at that time. It was not until the last 15 years or so that white metals have prevailed as the colour of choice, for watches and jewellery.

This brings us back to the story of the owner of the solid gold Submariner that featured in our December 2021 auction. This watch was sold by the daughter of its original owner, after she inherited it from her father. Our Submariner gentleman was quite the character by all accounts, a true self-made man. He was born in Lancaster in 1929 and left school, as many did at the time, with no formal qualifications. In his daughter’s words, “School was not for him,” but despite this, she recalls that he always said he never struggled to find work. He married young, meeting his wife, a Dubliner and one of 19 children, while both were working at a holiday camp in Morcambe.

In the early 1950s, shortly after they married and were expecting their first child, they chose Glasgow as their home, as many did during that time, renting a flat in the Springburn area. Though the shipyards had begun to fall into what would be a prolonged decline, these were still bustling spaces full of thousands of workers each day. This was something that our gent saw could be of benefit to him, if only he could find something to sell to them, an essential item that their wages could justify. And that he did; soon after arriving in the city, he began making soap in the kitchen of their flat. At this point his wife caring for their young daughter, but later she worked as an auxiliary nurse in Stobhill hospital.

Our gent presumably knew how to make soap after working one of his first jobs, aged 14, in a laundry closer to home. Ironically a messy business, soap production provided a decent living for him, setting up as he did each day to catch the workers at the end of their shifts. Growing his business, he moved on to selling other goods at Glasgow’s many markets, indoor and outdoor. Although there were many bricks and mortar shops, independent and chain stores, the markets were well-established, busy places. He soon picked up the skills of a good salesperson, and found his conversational ways could earn him his living. 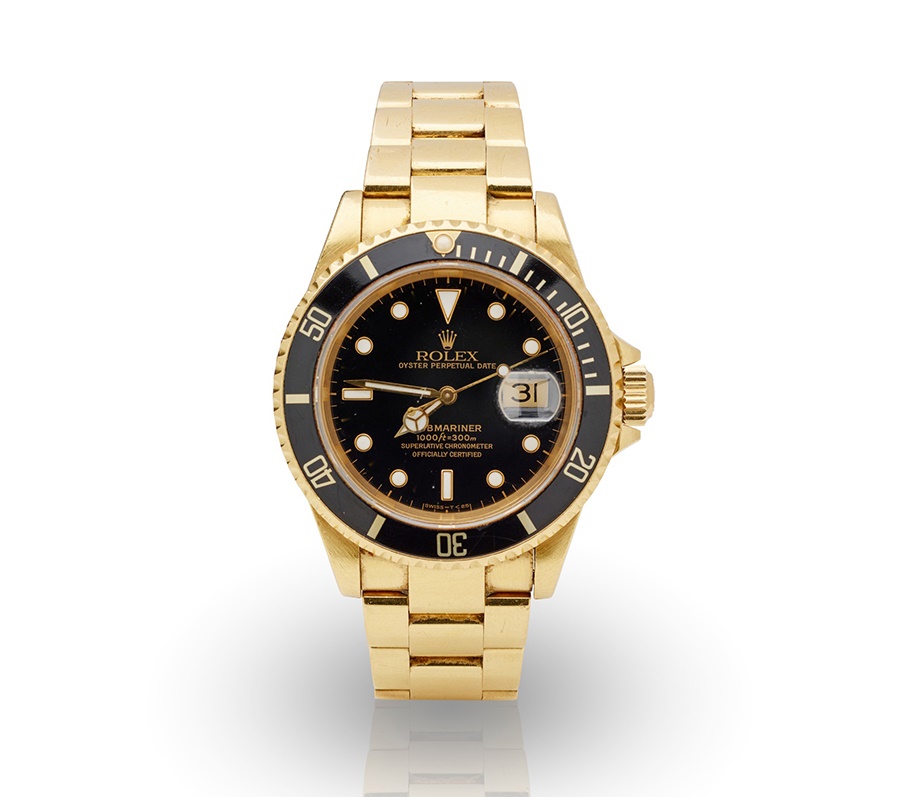 After soap, there were many sales jobs including selling disinfectant and significantly for him – glass cutters. He profited greatly from the sale of this particular tool and soon moved on to working in the jewellery industry in and around Glasgow, as well as further afield throughout the UK. His earnings increased even further, and the couple made the move to the south side of the city. The first home they owned was a flat on the south side of the city, in Battlefield, and later they bought what would be their family home, in close-by Cathcart. Around this time, the couple set up a hardware store in the Govan area of Glasgow, a shop that, “sold everything, and was open all hours.” It was however the vendor's mother alone that ran the store, and looked after every aspect of the business, alongside raising her children.

Immersed in the realm of jewellery and jewellers, he had found his niche. He used his skills honed in more humble contexts, and became a true success. His daughter recalls the key to this:

“He always had a positive work ethic and went from selling that soap to eventually selling high end jewellery and diamonds with contacts all the way from the Highlands to Hatton Garden.”

By all accounts, his wife was not a jewellery collector, or a fan in general but the vendor's father did gift many items of gold jewellery to her over the years. On her passing in the late 1990s, their second daughter, the vendor of the watch, decided with her father that they would sell her jewellery and donate the proceeds to allow an orphanage in Kenya to expand their facilities, which they did. They added a wing to the existing building, which they named after her.

It seems natural that over the years visiting countless jewellers that he aspired to own something substantial of his own. Early on in his career, his daughter recalls him settling on what he perceived to be the ‘ultimate reward’: a gold Rolex watch. In 1994, 51 years after starting his working life, he finally made the long-awaited purchase and the watch, despite its value and metal, was rarely off his wrist. He in his 60s at the time, a period during which many retire, but he, and his watch, worked on together until he was in his 80s.

A watch can be just an object, it can even be an unwanted gift, but it can also have a life of its own; one told through its owner, their pursuits and successes. Gold Rolex Submariner watches are rare, this one even more so in its completeness, coming as it does with all accompaniments and this inspiring biography.

Discover More about your Watch