Stanley Cursiter CBE FRSE FRIAS FEIS RSA RSW was one of the most important figures in British art during the twentieth century. As Director of the National Galleries of Scotland, Cursiter introduced modernism to the country by bringing Roger Fry's seminal exhibition Manet and the Post-Impressionists to the capital in 1913, showing works of the Post-Impressionists and the Futurists to the country for the first time. He was also a keen supporter of the development of modern Scottish art and played an instrumental role in the creation of the Scottish National Gallery of Modern Art.

Born in Orkney in 1887, Cursiter moved to Edinburgh in 1904 to become an architect. However, drawing and painting was where he excelled and he soon completed his studies at the Edinburgh College of Art. After the First World War, his services in which resulted in him being awarded an O.B.E., Cursiter worked as an artist and completed numerous canvases from his luxurious apartment at 11 Royal Circus in Edinburgh.

In 1930 Cursiter took on the role of Director of the National Gallery of Scotland and remained in the position until 1948 when he returned to his native Orkney with his wife Phyllis Hourston. In the same year, Cursiter was appointed as the King's Painter and Limner- a role which he retained until his death in 1976.

Although Cursiter was committed to the development of the arts in Scotland through his administrative and curatorial roles within the National Galleries of Scotland and Royal Scottish Academy, as well as a little writing and publishing on art, he remained a prolific and successful painter, working in both oils and watercolours. His works spans many subjects, encompassing stylish and elegant portraits and conversation pieces, with many featuring his favoured model Poppy Low; charming watercolours, particularly of Orkney and the South of France and even more experimental pieces – he was one of the few Scottish artists to experiment with the developments of Futurism to convey movement and energy, in the period before WW1. 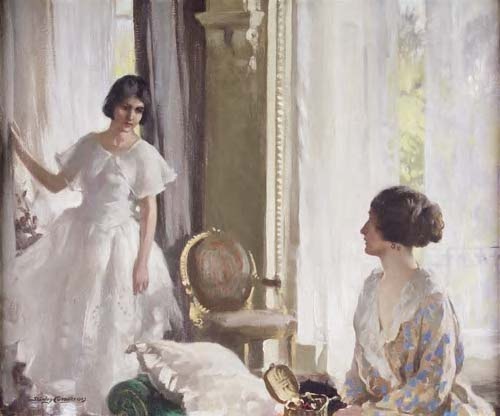 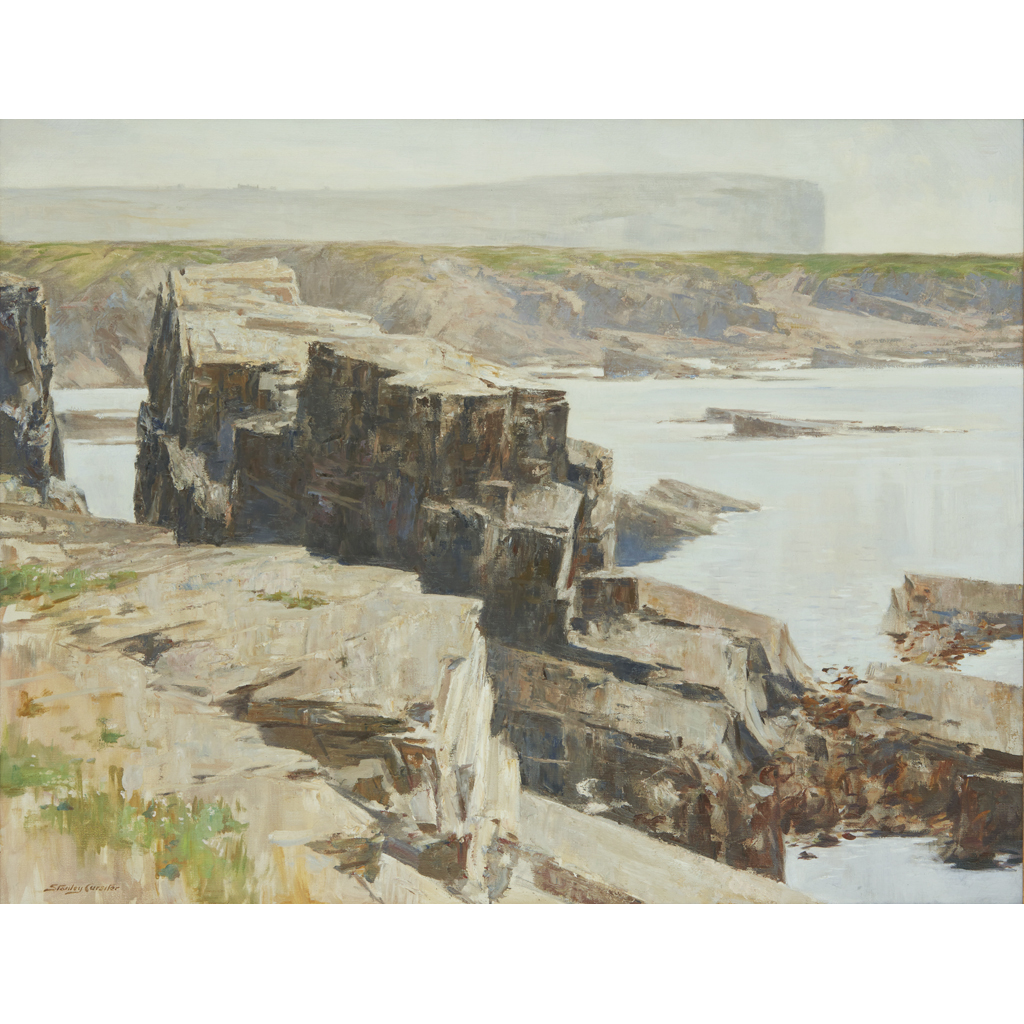 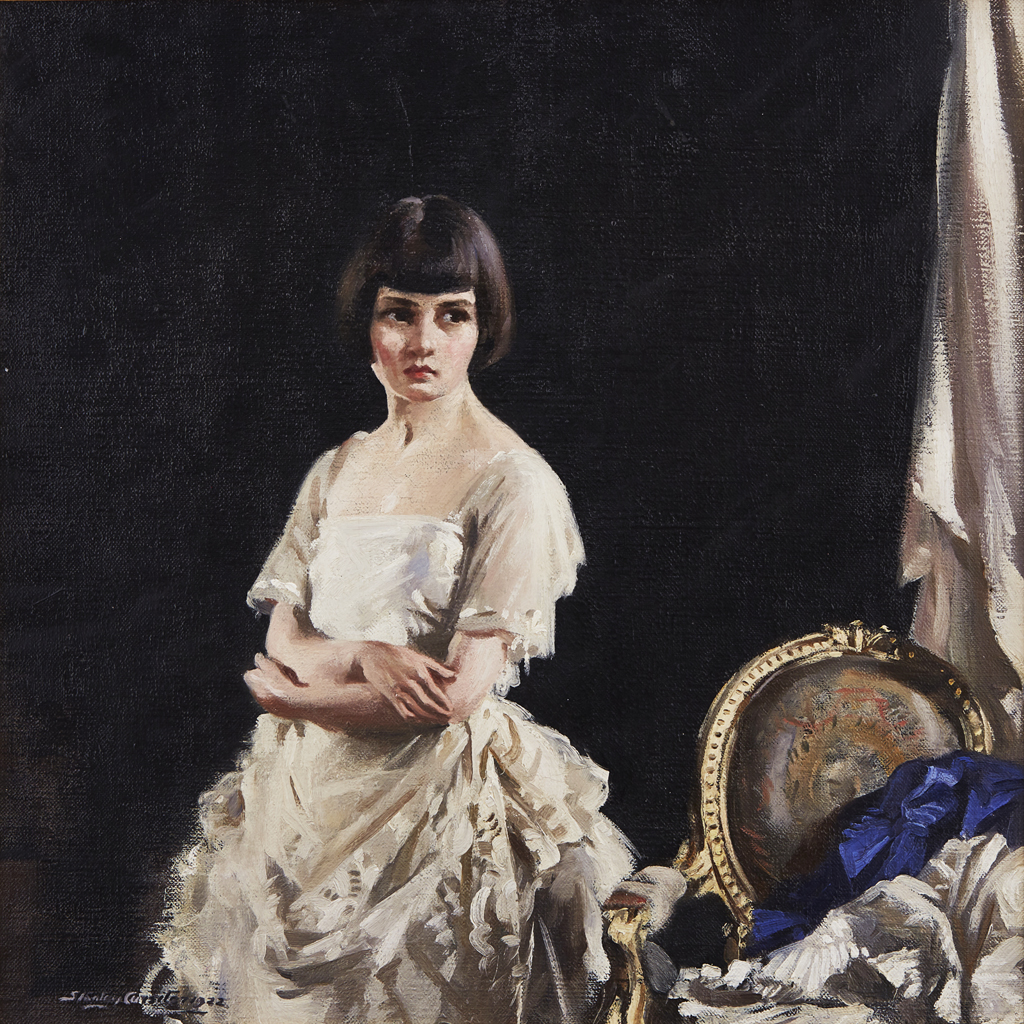 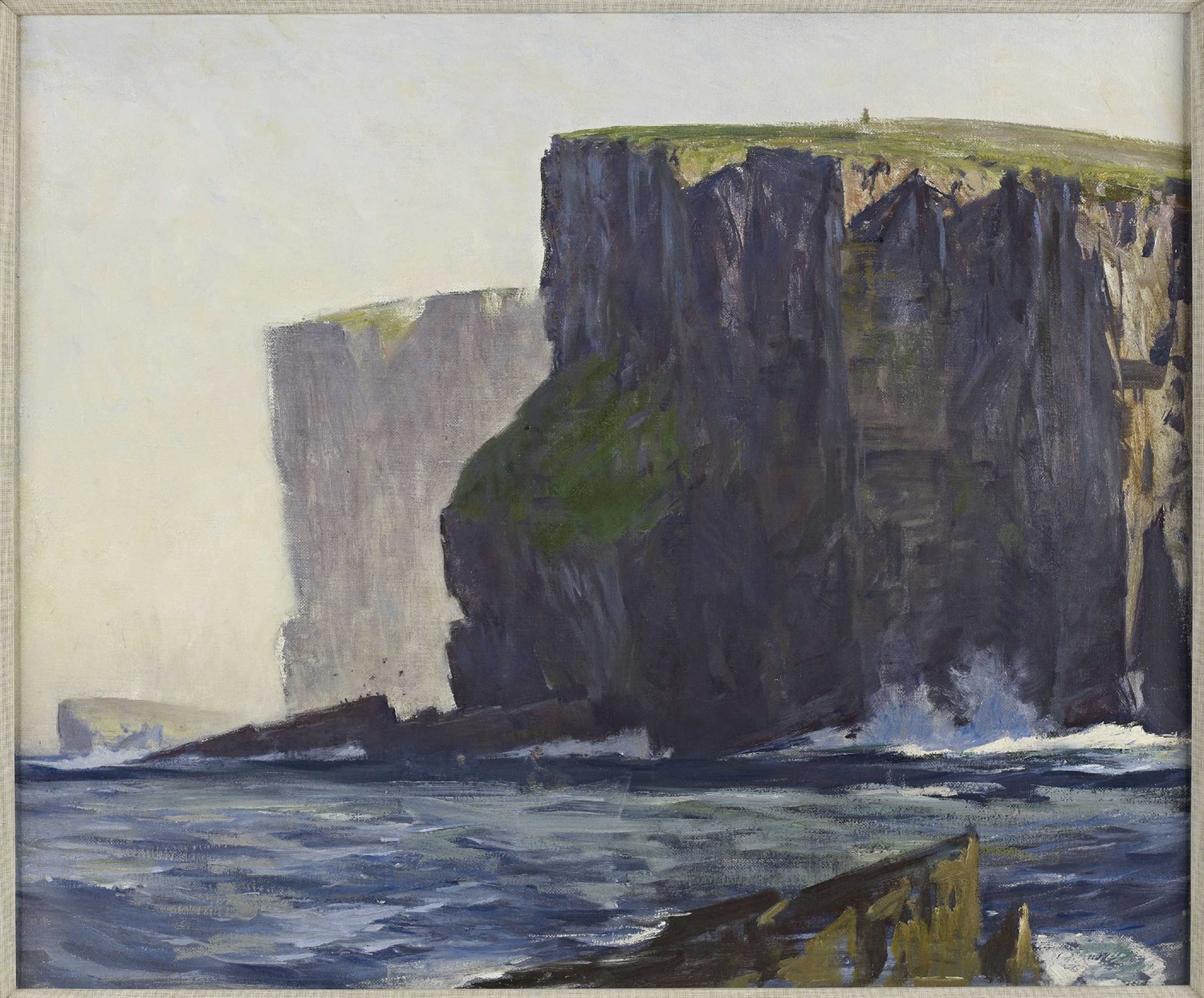 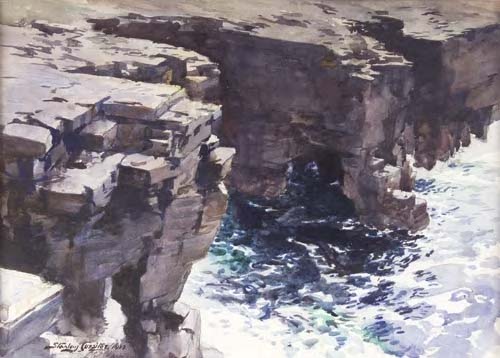 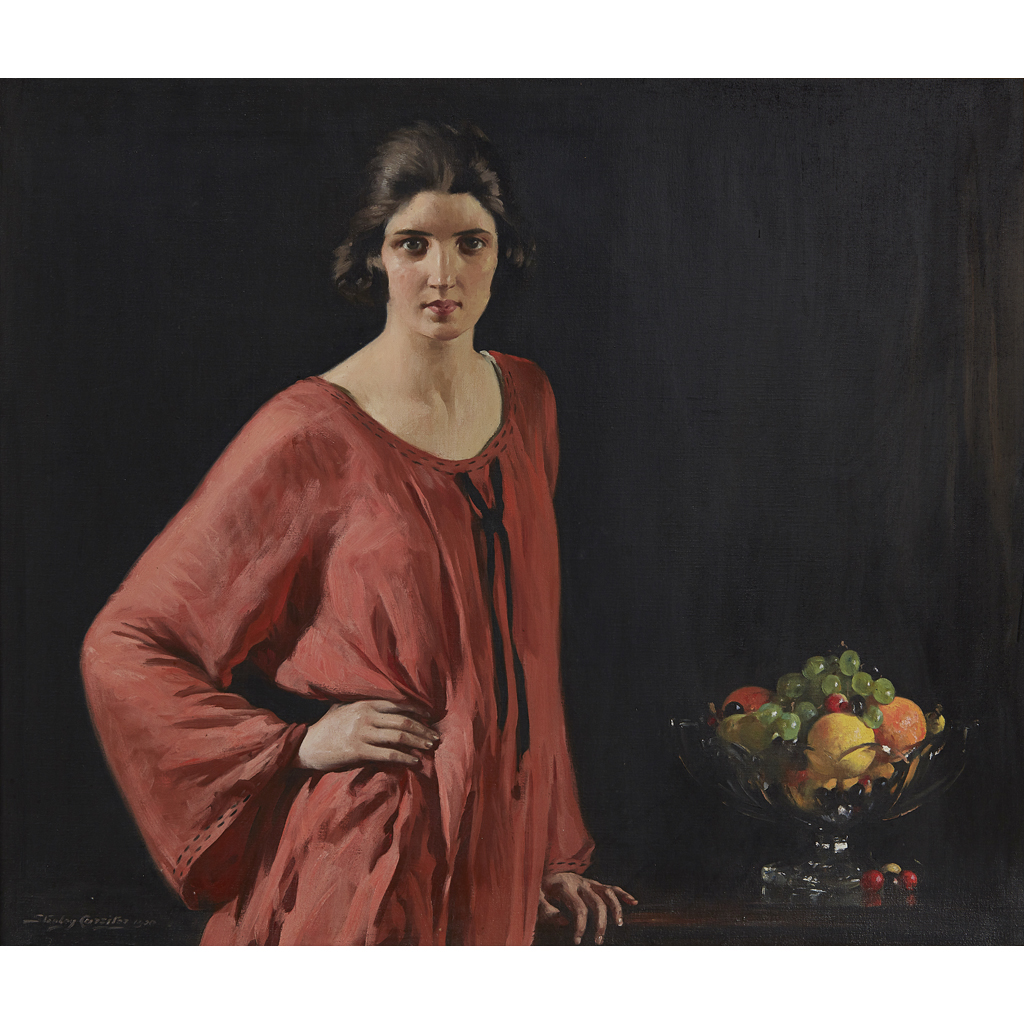