George Leslie Hunter was the only one of the Colourists who was not associated with Edinburgh, and who had no formal art training. He was born on 7 August 1877, in Rothesay on the Isle of Bute, the son of William Hunter, a Pharmacist, and his wife Jeannie. The family moved to California, a place where Leslie Hunter would spend a lot of his youth even staying on in San Francisco after his parents returned to Scotland in 1899. Largely self-taught, Hunter earned a precarious living in the city as an independent book and newspaper illustrator. As San Francisco was not a thriving artistic centre Hunter and a group of young artists based in the city travelled to Paris in the early 1900s, to experience the latest developments in European painting. After a brief trip to Scotland Hunter returned to California at some point in 1905 and was offered a solo show at a gallery in San Francisco in 1906. This exhibition would presumably have showcased much of the work either painted in or inspired by his trip to Paris. Tragically, San Francisco was hit by a devastating earthquake the night before the exhibition was supposed to have opened, destroying the gallery and all of Hunter’s works in it.

This devastating loss of works may have inspired the dismayed artist to return permanently to Scotland, to live with his mother in Glasgow. Much of the artist’s work from the this period was inspired by Dutch old masters, seen particularly in his lush still lives set against dark backgrounds. His work caught the attention of Alexander Reid of Reid and Lefevre Gallery, this was a crucial factor in launching Hunter’s career. Reid gave Hunter his first solo exhibition in 1916 at his gallery in Glasgow. The exhibition was a critical success and importantly, the association with Reid introduced Hunter to an influential group of patrons who were to support him for the next fifteen years.

This newfound financial security allowed Hunter to visit Europe. His trips to Italy, via Paris, in 1922 and 1923, mirrored the other Colourists’ visits to France in the preceding two decades. Hunter was looking for inspiration and suggestions of continental influence can be seen in his bolder and more experimental use of colour in the still life and landscape paintings of the mid 1920’s. Despite being plagued with recurrent bouts of ill health throughout the 1920’s, Hunter exhibited at the Leicester Galleries in London in 1923, at the Galerie Barbazanges in Paris in 1924 with Peploe, Cadell and Fergusson and again at the Leicester Galleries in 1925.

In a telling note written to himself, Hunter encapsulates the direction his art was to follow in the second half of the 1920s "Seek harmony not contrast. Go from light to dark, not from dark to light. Your work is never light enough. The eye seeks refreshment in painting. Give it joy not mourning. Give everything a distinct outline. Avoid over finish – an impression is not so robust but that its first inspiration will be lost if we try to strengthen everything with detail."[1]

Of all the Colourists Hunter was most various in his style, working in a broad range of media including oil, watercolour and ink. He exhibited with the other Colourists in the 1920s, but his reclusive tendencies and persistent mental and physical illnesses meant that he was somewhat remote from the group, and the wider artistic community. In all Hunter had an erratic and haphazard career marked by periods of utter penury. 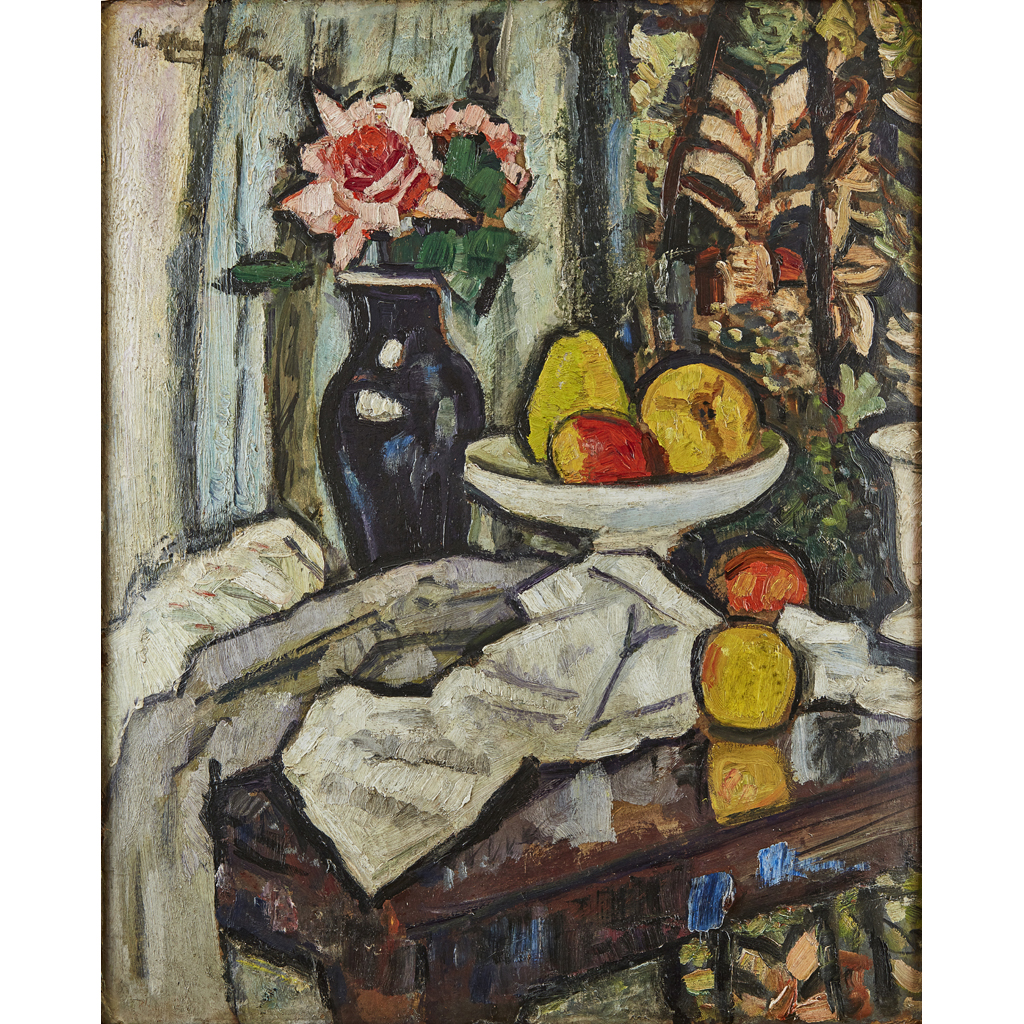 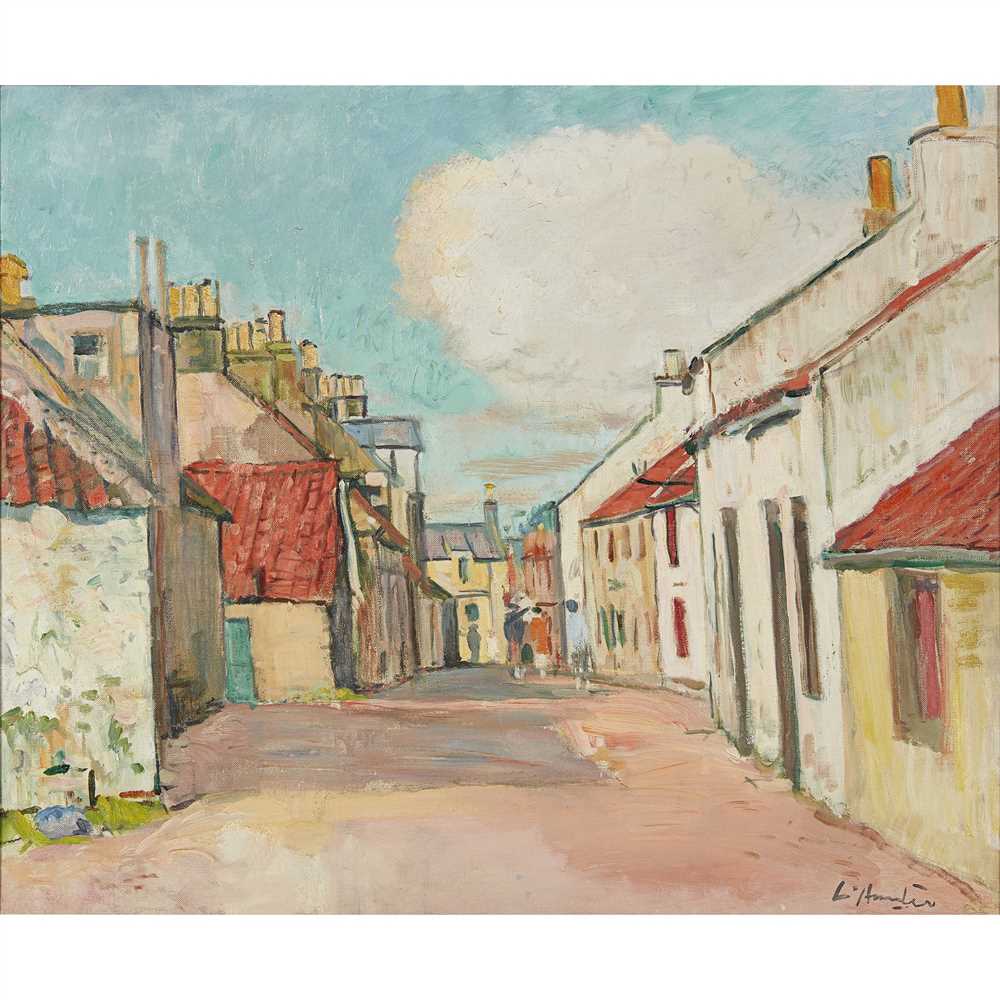 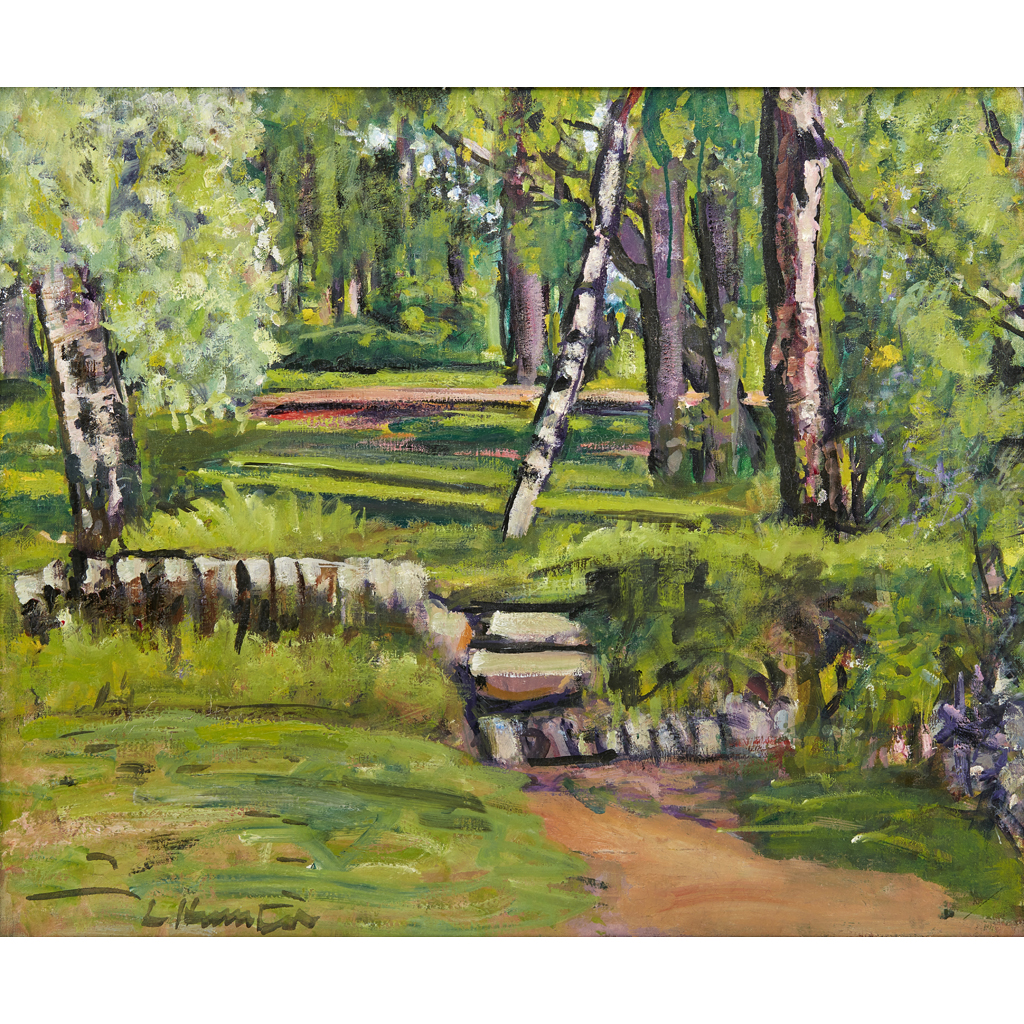 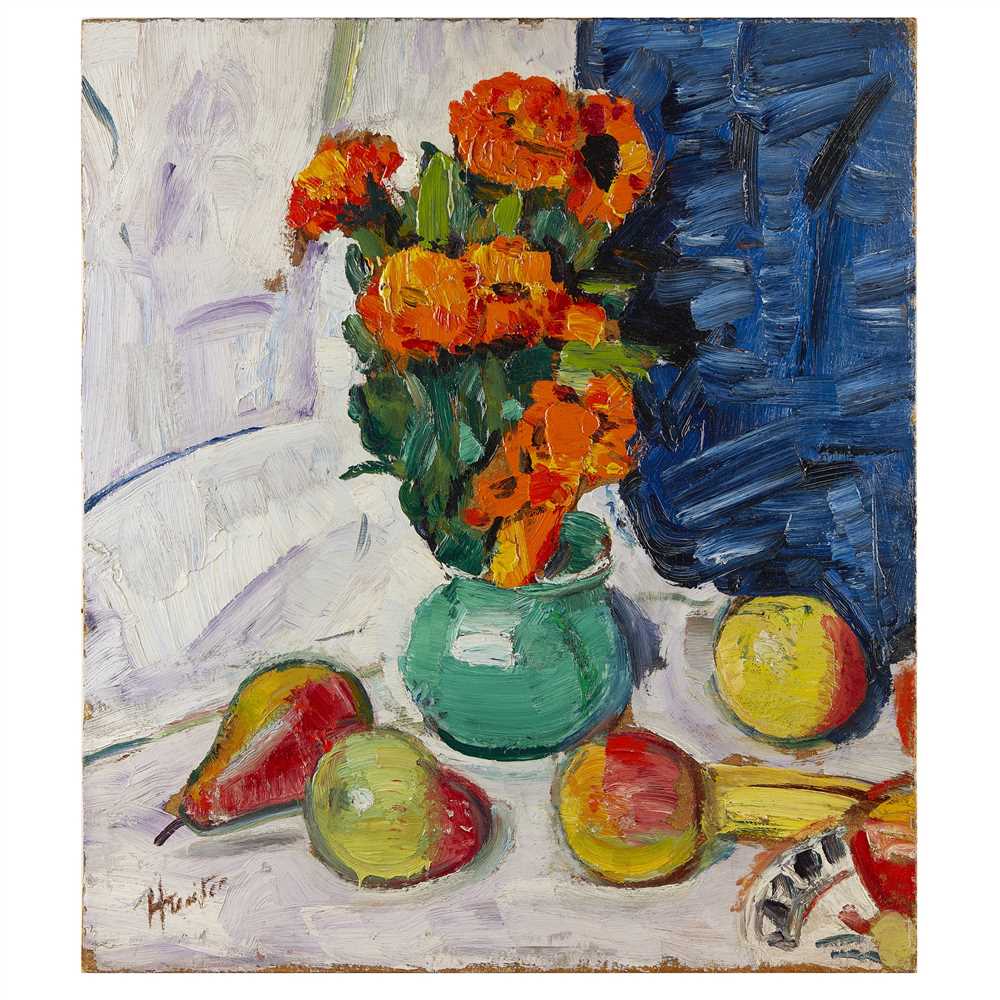 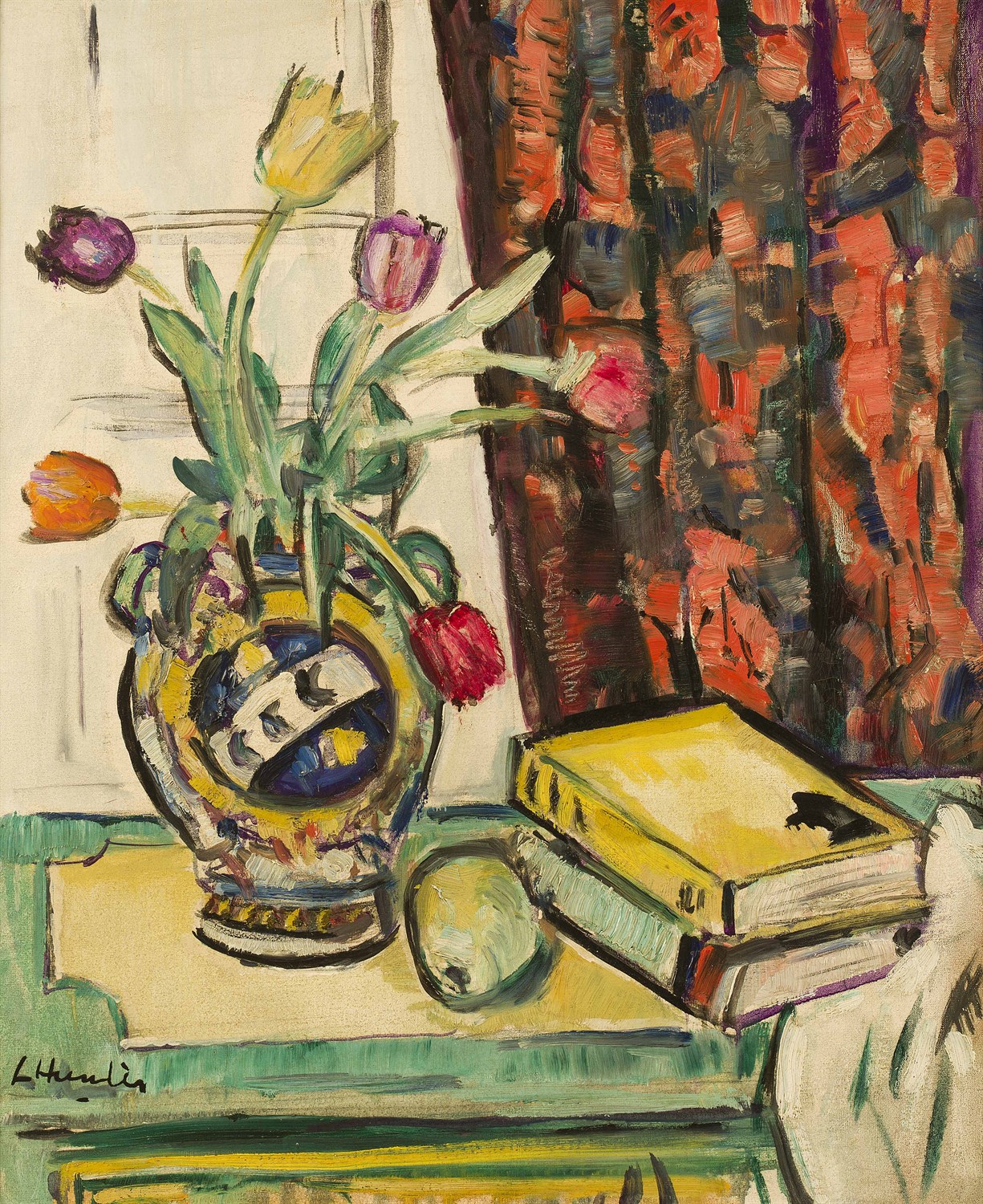 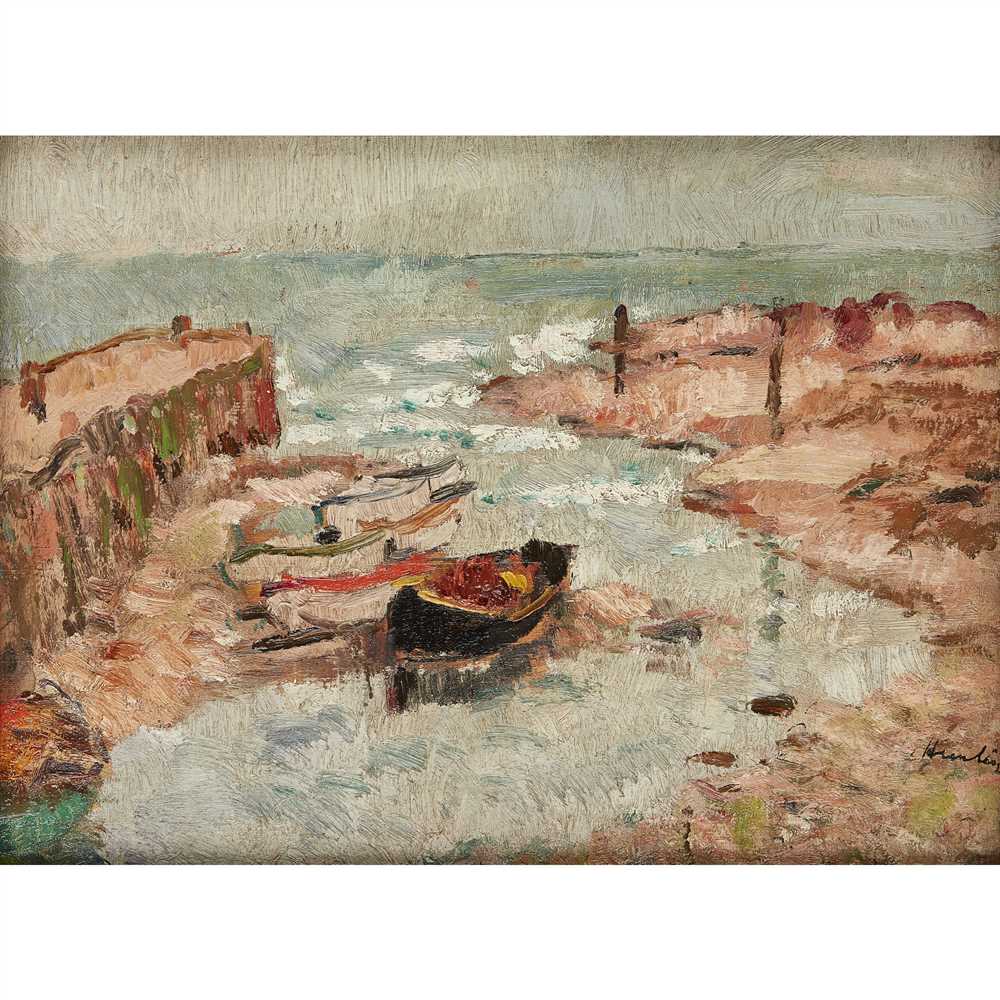 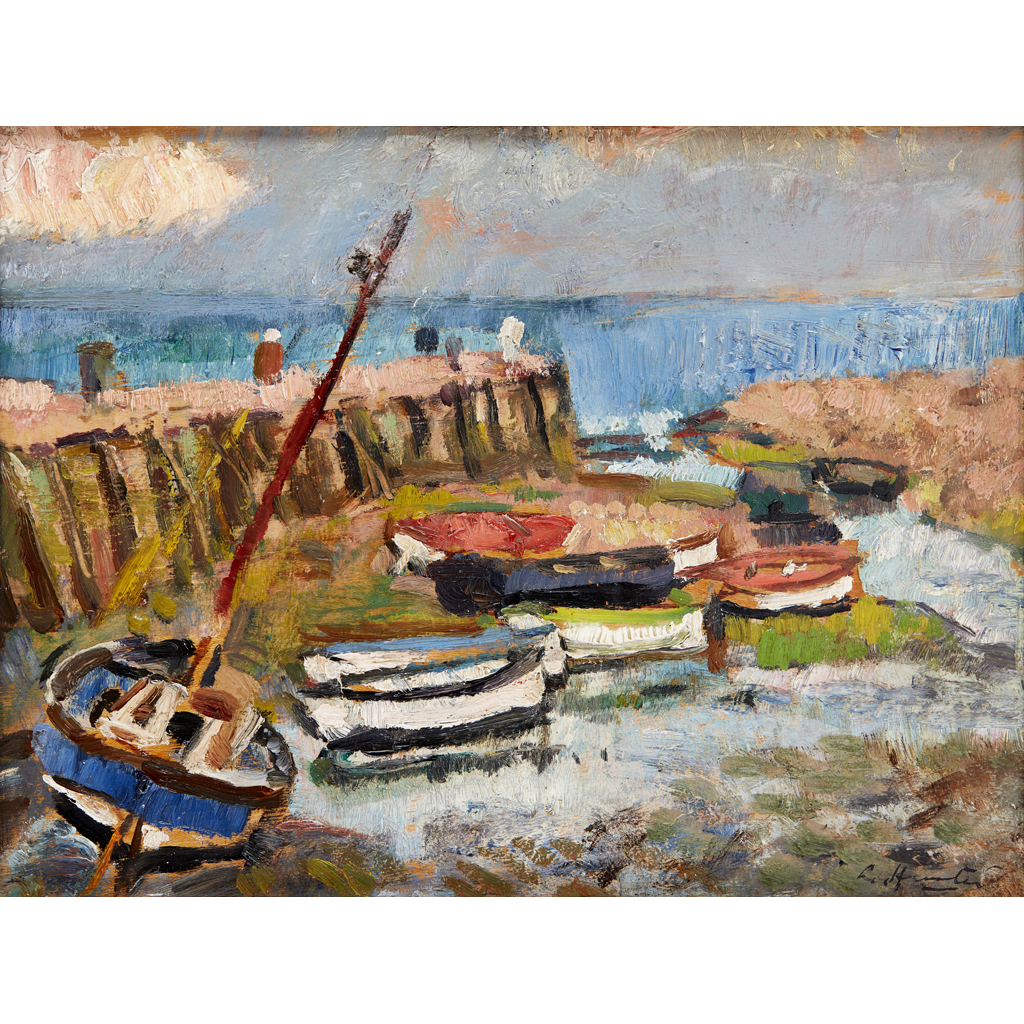 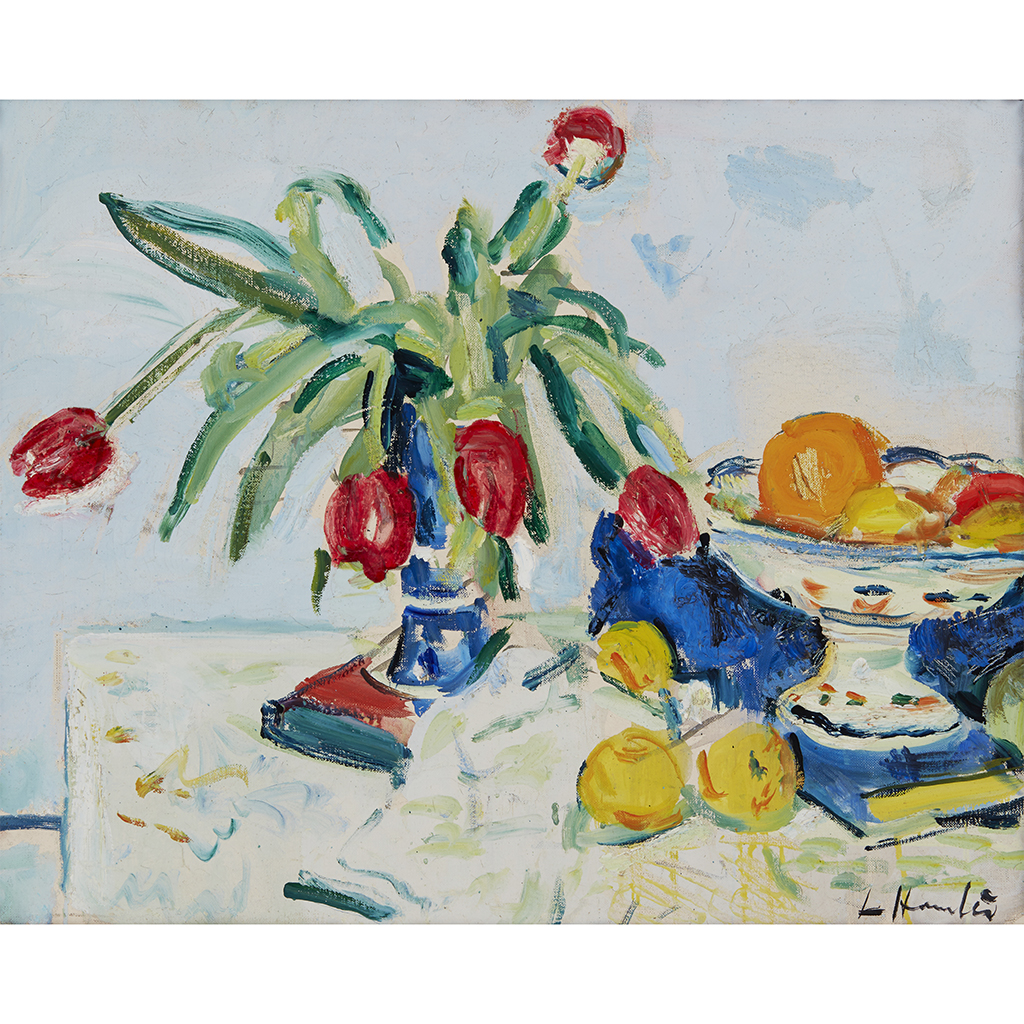 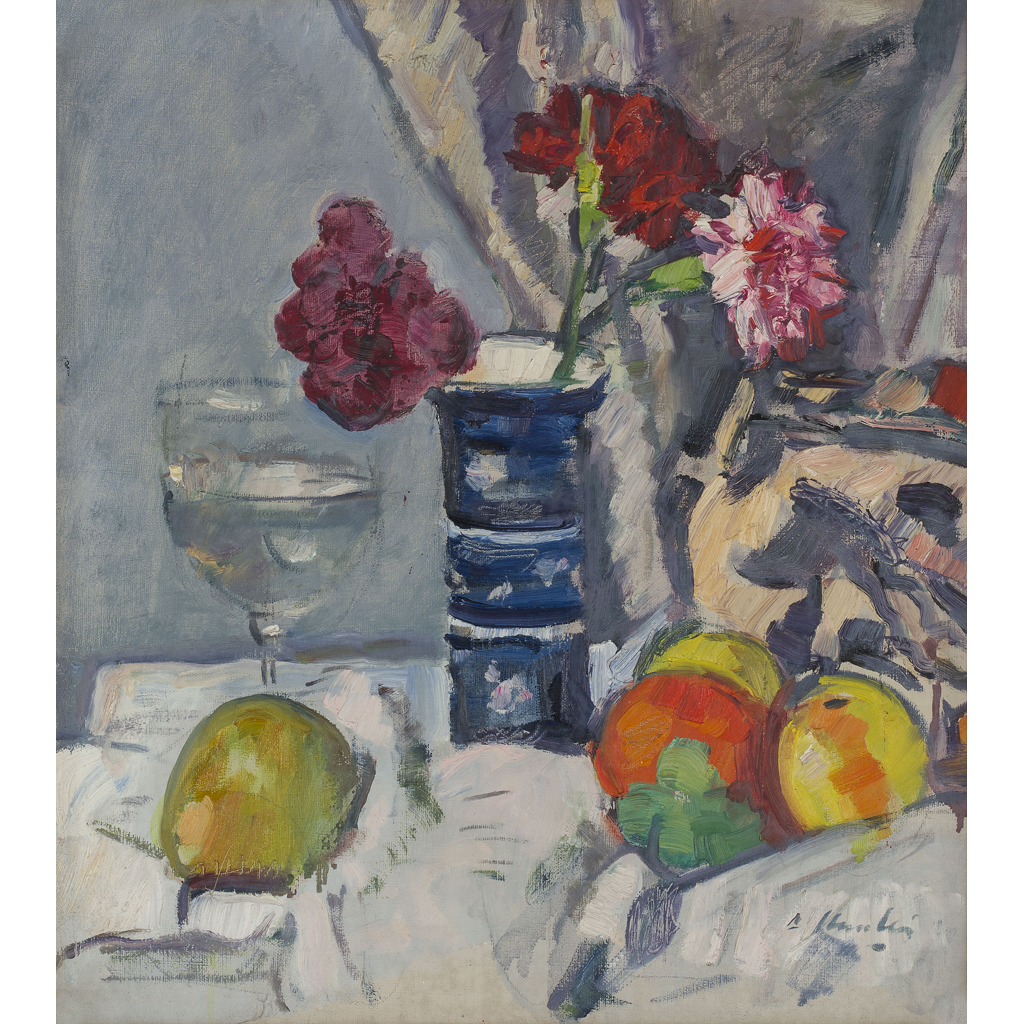 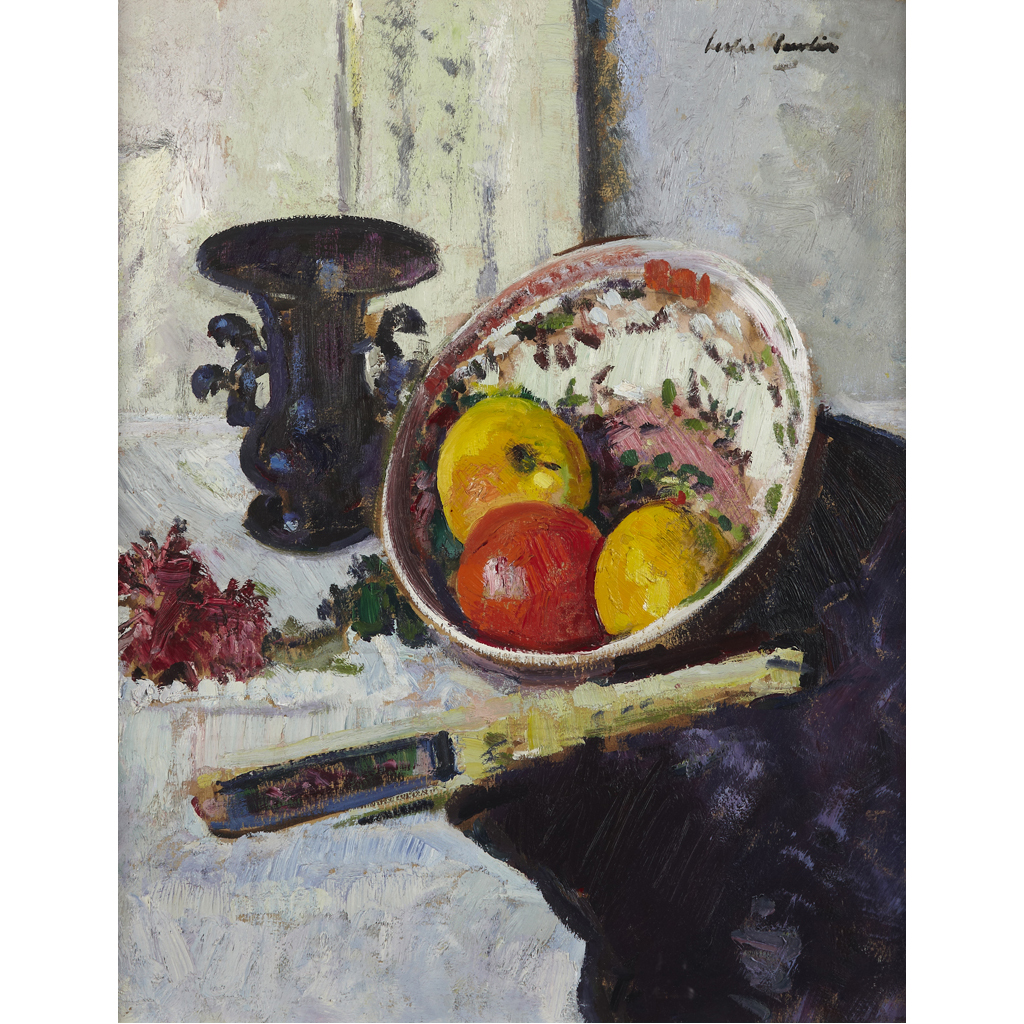 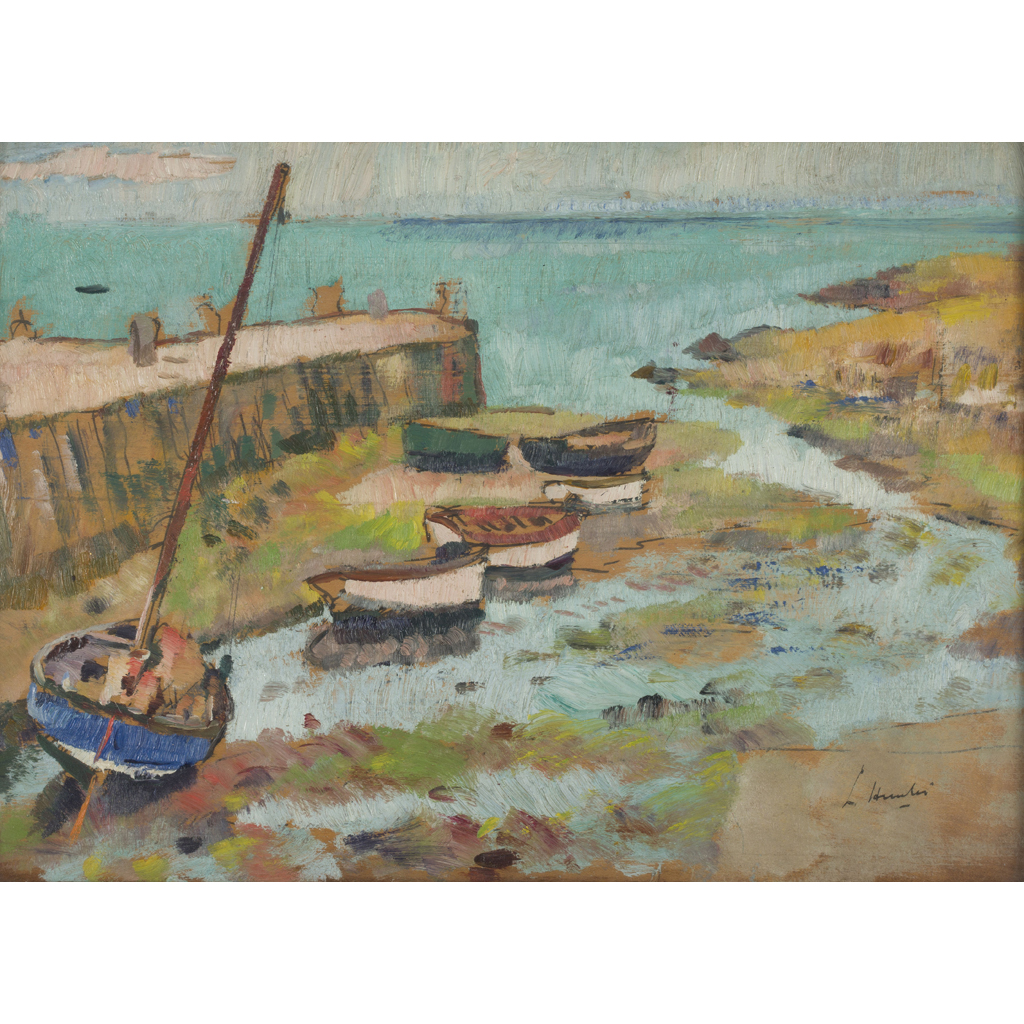 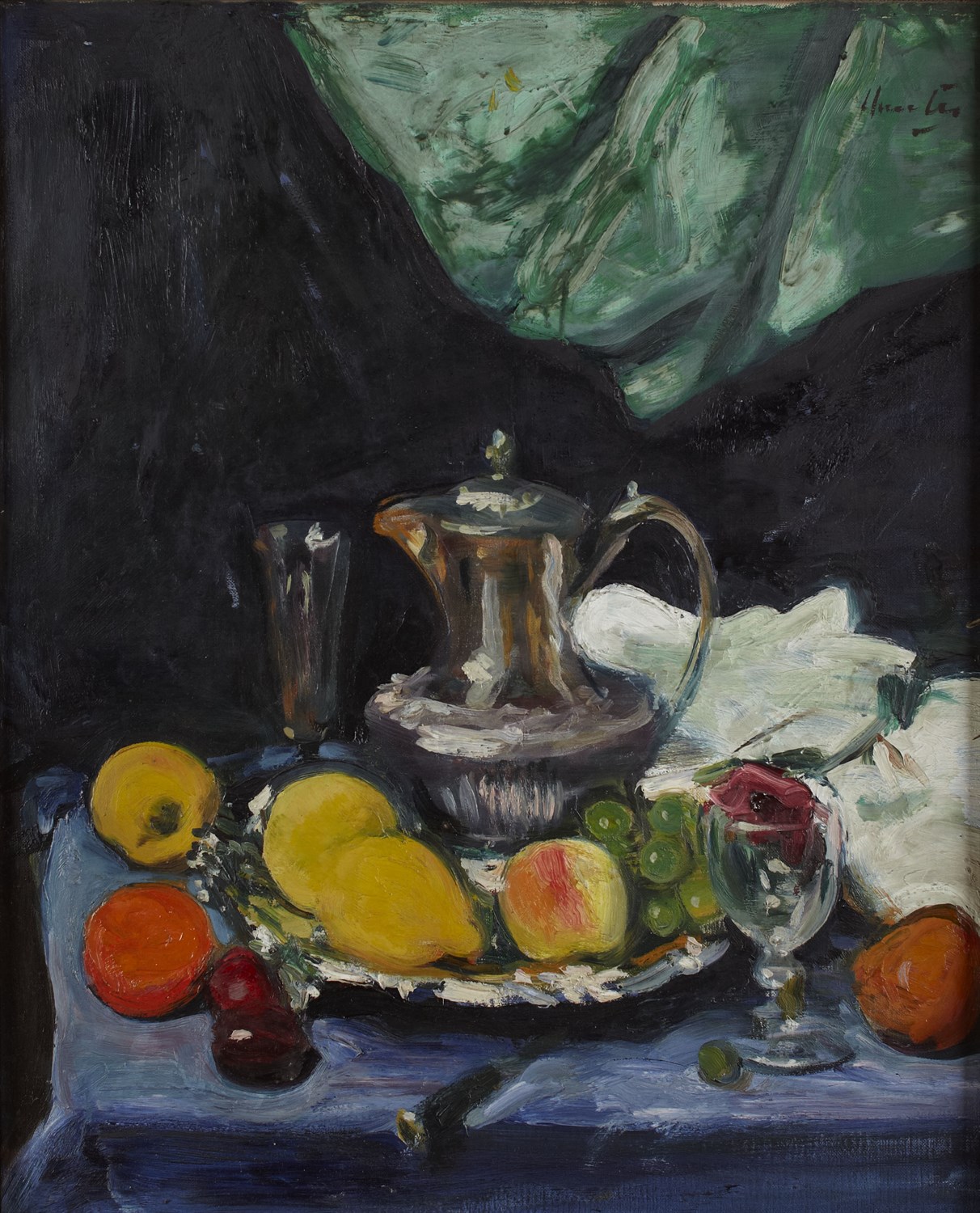 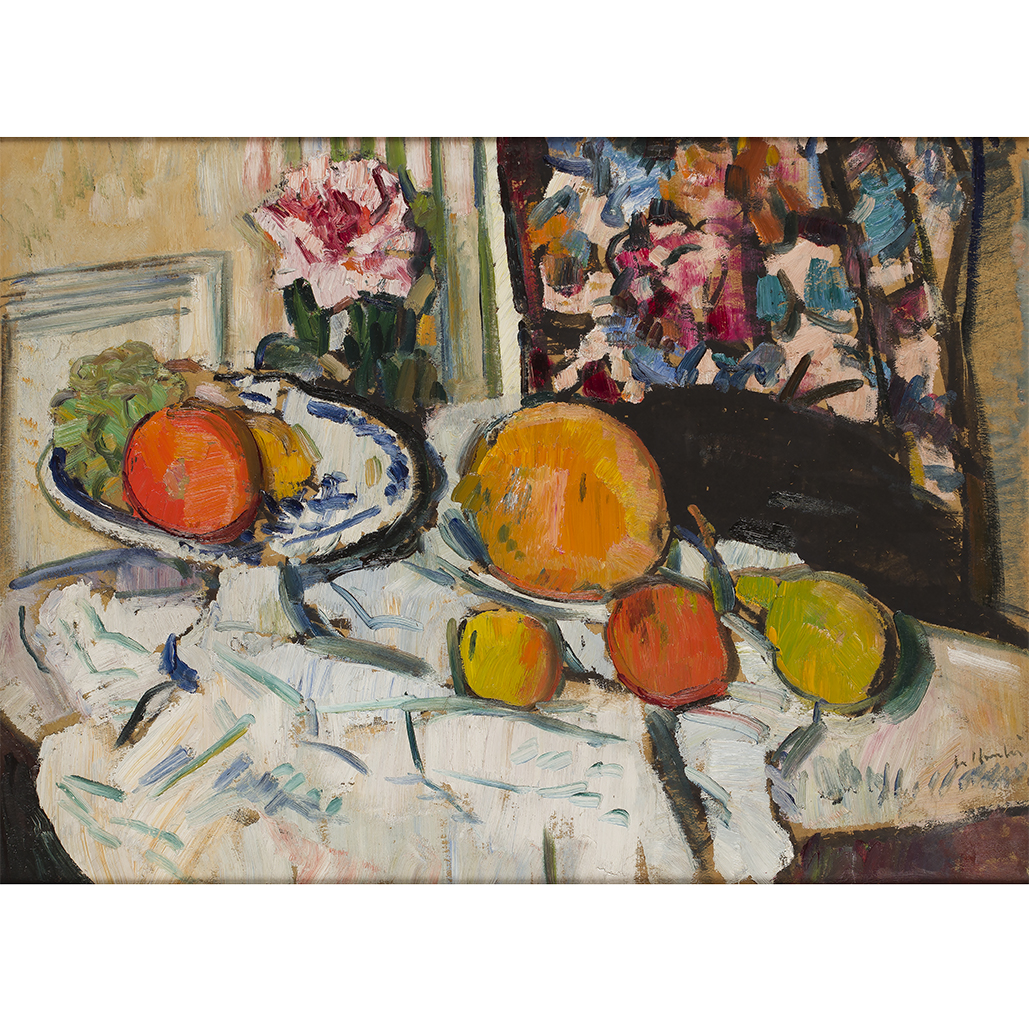 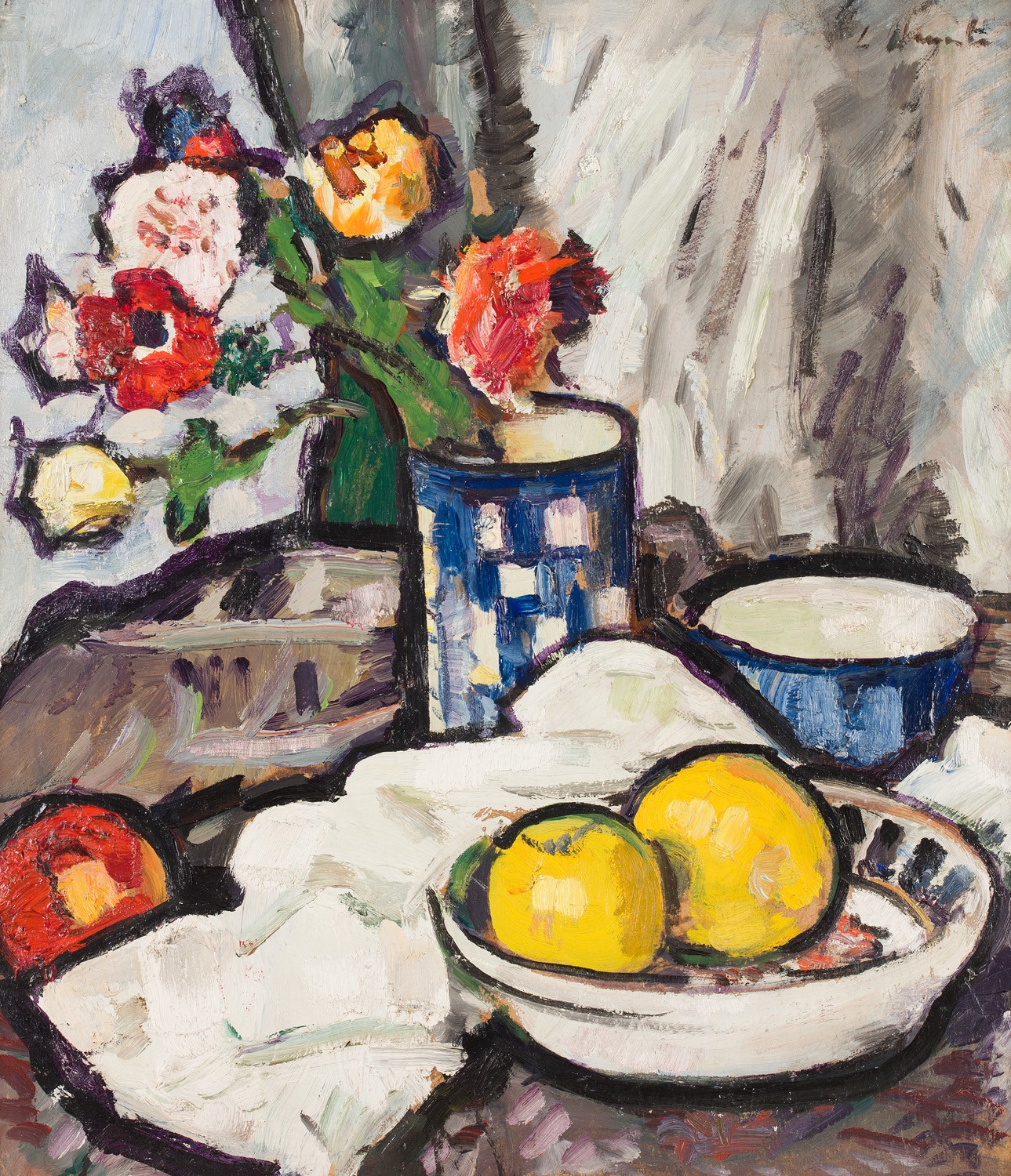 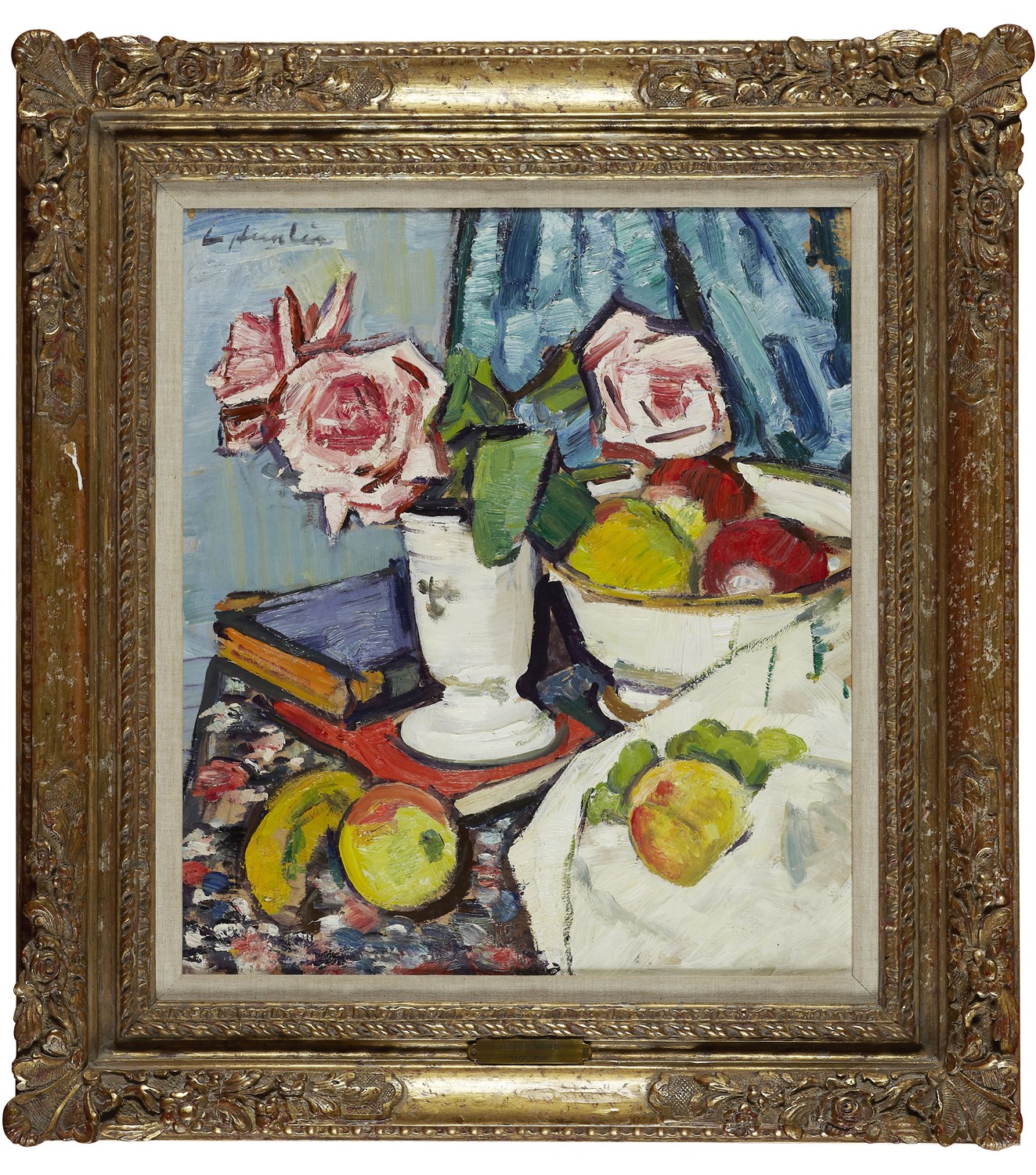 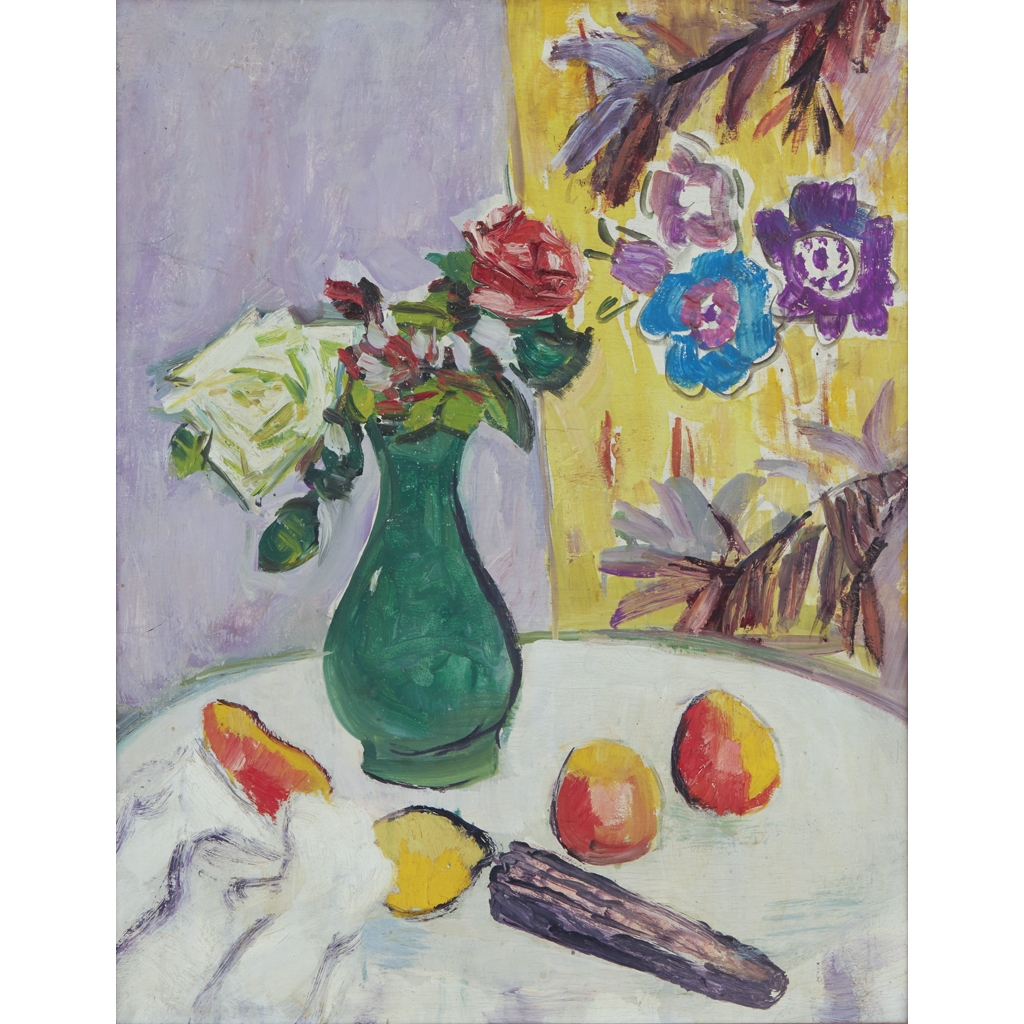 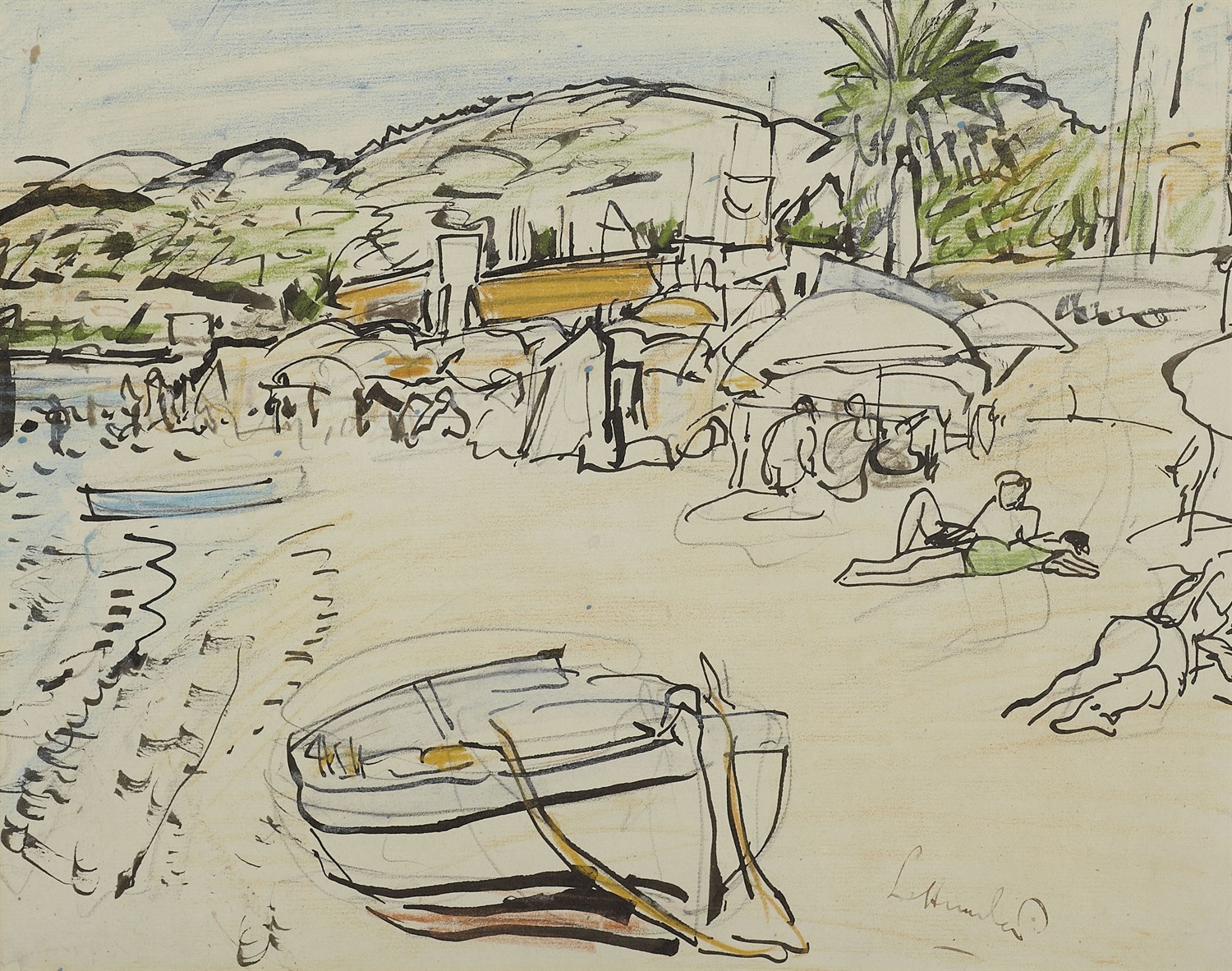 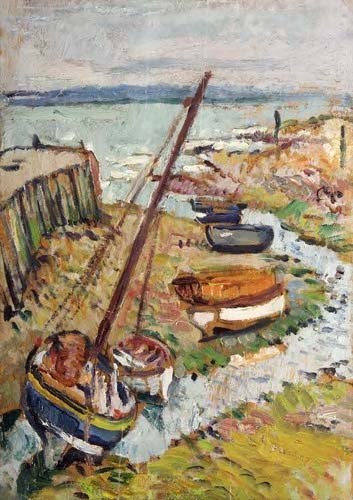 A Splash of Winter Colour