Following a year of successful auction results, this December we are pleased to offer another eclectic selection of bottles, including some vintages which date back to the early 20th century in our forthcoming Whisky & Spirits auction in Edinburgh. Widely considered some of the most sought after bottles at auction, The Macallan 1949 50 year old decanter and the 1937 Fine and Rare Miniature stand amongst the oldest vintages ever produced by the distillery, celebrating the rich and full-bodied sherried flavours synonymous with The Macallan. The sale is well represented by The Macallan bottlings, featuring a range of limited editions which include Gran Reserva, Private Eye and Anniversary malt bottlings, as well as various 10 and 18 year old expressions. Other Speyside malts to be offered include a remarkable Mortlach 1971 47 year old - one of the oldest expressionS ever released from Dufftown’s oldest distillery.

Other offerings include a Glendronach 26 year old, signed by the current President of The United States of America, Donald J. Trump. Additionally, a Highland Park Rebus 20 year old, bottled to commemorate the anniversary of Ian Rankin’s Inspector Rebus novels, uniquely it will be sold alongside the cask end used for maturation, both of which are signed and ‘doodled’ by the author.

With a history dating back to 1824, The Macallan is widely viewed as one of the most collectible and sought-after malts at auction. We are proud to bring to auction a remarkable 1949 vintage 50 year old Macallan, originally released to celebrate the turning of the new millennium. Presented in a hand-blown Caithness Crystal decanter and mounted in copper taken directly from decommissioned still no.9, this whisky is a celebration of the rich and full-bodied sherry flavours unique to vintage Macallan malts. 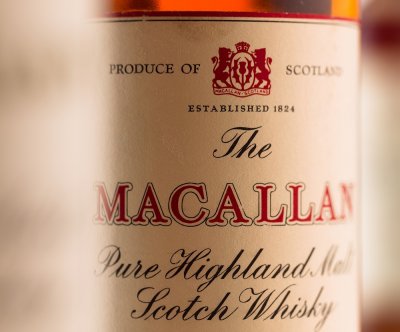 The Scotch whisky industry has undergone a renaissance over the last decade. Demand for high quality aged whisky is far outstripping supply and such is the thirst for quality aged spirit, record auction prices are being paid for both bottles and casks. It is not just rare collectors editions that have seen significant rises. Many bottles sitting at the at the back of the drinks cabinet are now highly sought after.

Our specialist Whisky department provides our clients both opportunities to acquire fine and rare whiskies and to realise the value of their collections in buoyant market conditions. With extensive market experience, our Whisky specialists offer current market advice, valuations and auction opportunities for both bottles and casks across the UK.

In line with international auctioneers across the industry Lyon & Turnbull’s specialist auctions of Whisky & Spirits will have a bespoke buyer’s premium rate of 15%.