William Wilson’s prints are amongst the most sought-after of the period. Each composition possesses a charming stylisation and evidences a concern with tonality and structure. This exquisite edition, featured in our upcoming Paintings & Works on Paper sale on Thursday 14 July, has been authorised by the artist’s estate, and is presumed unique.

Arguably the most compelling work produced over William Wilson’s varied career was his etchings. In his youth, Wilson cultivated his eye for composition while apprenticed to the stained glass firm James Ballantyne & Son. He later attended evening classes at the Edinburgh College of Art, where he was introduced to printmaking by Adam Bruce Thomson.

A 1932 Carnegie Travelling Scholarship from the Royal Scottish Academy enabled him to travel to France, Spain, Italy and Germany, where he developed many of the compositions in the present edition. 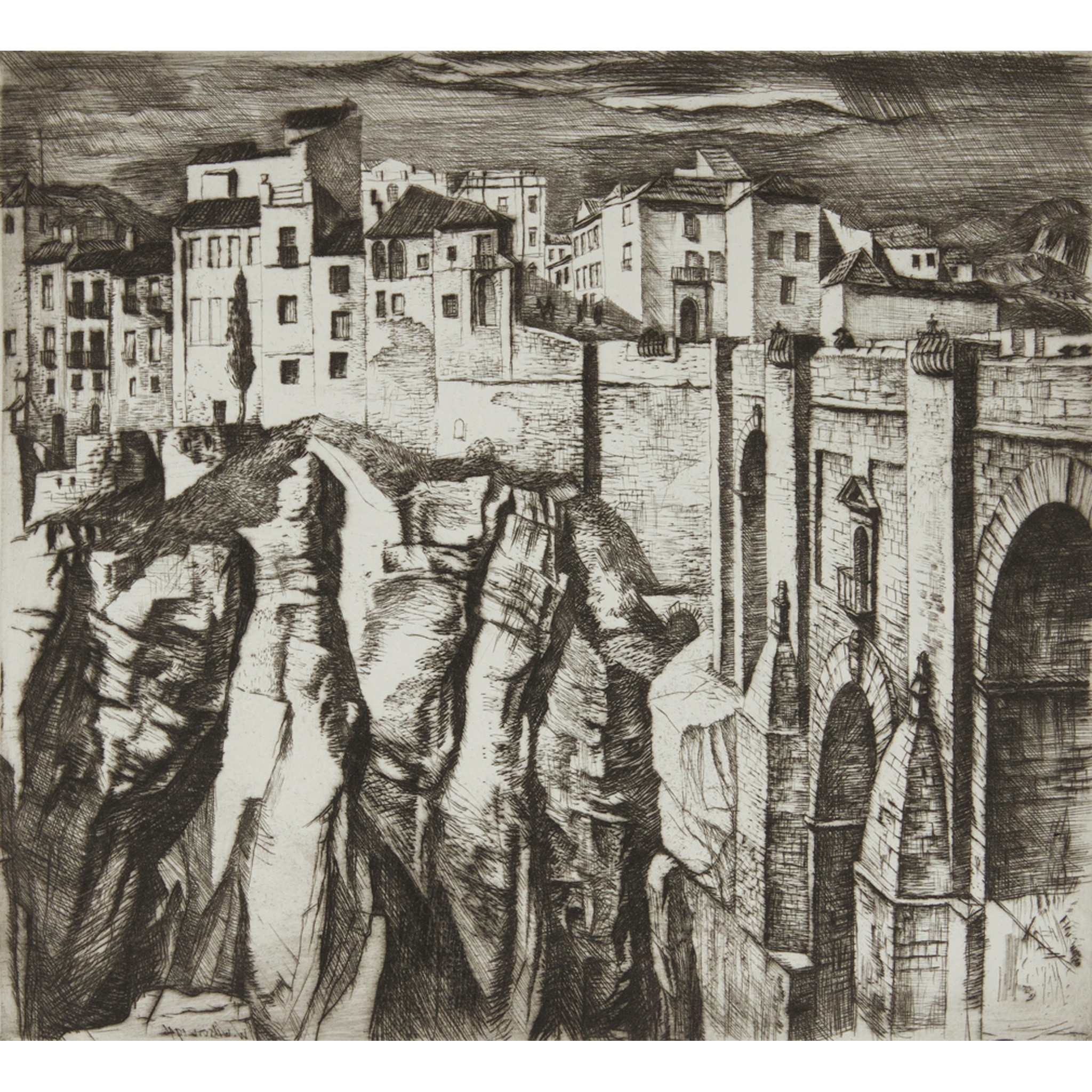 Wilson commenced full-time study at the Edinburgh College of Art, and befriended the artist Ian Fleming who helped him further cultivate his etching and engraving skills. He continued his studies at the Royal College of Art in London, and met the artist Edgar Holloway, with whom he set up a printing press. The pair travelled widely, and Wilson produced further etchings inspired by European topography and architecture.

From 1937, Wilson largely ceased printmaking as he turned his attentions towards developing an Edinburgh stained glass studio. He established himself as the foremost British stained glass maker and was appointed O.B.E. in 1961. 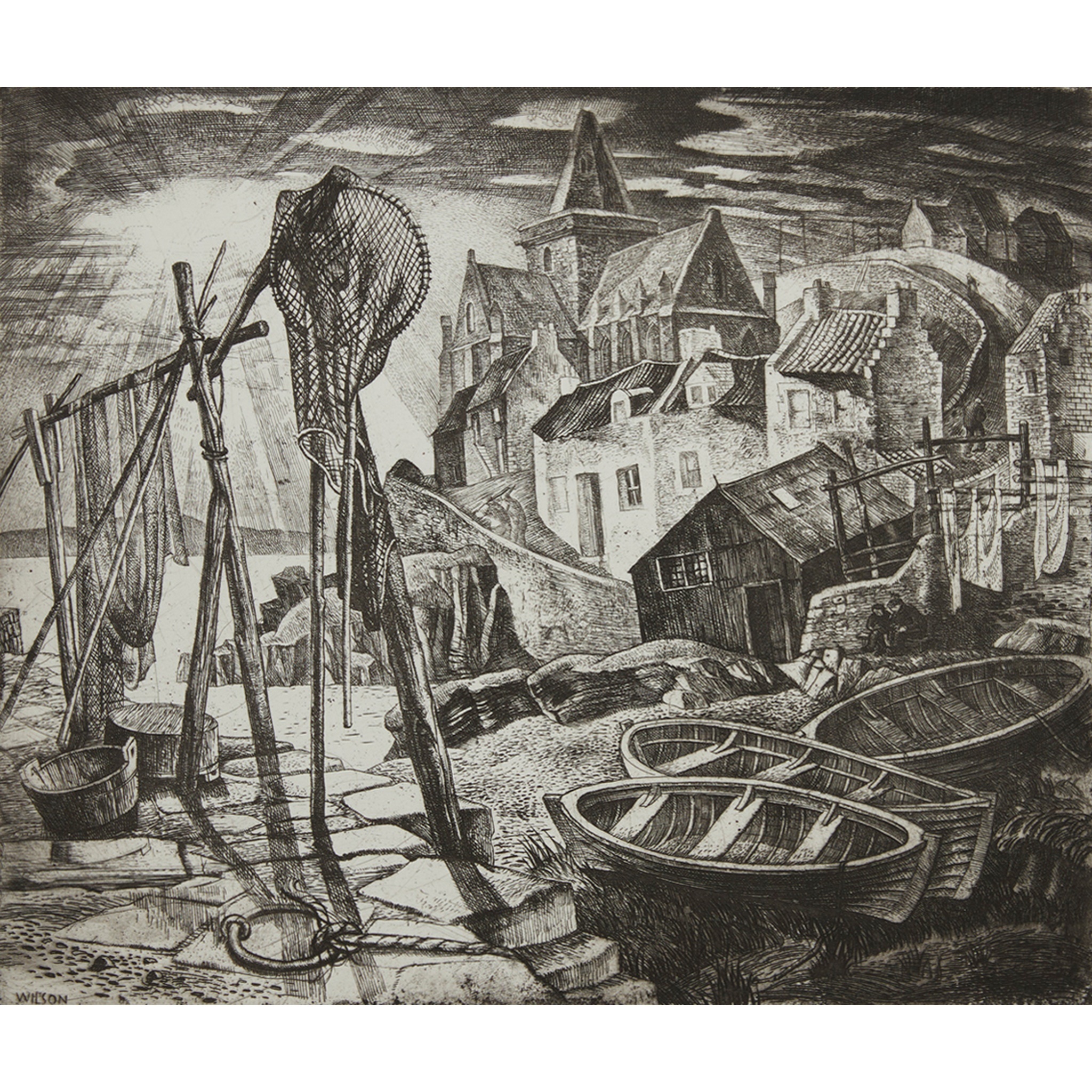 The present edition emerged after the vendor discovered the series of plates in the studio of her late husband, an artist. She first contacted esteemed Edinburgh printmaker Alfons Bytautas, who produced this exquisite posthumous edition, which is presumed to be unique. The full set of plates was then gifted to the Royal Scottish Academy, with the approval and authentication of William Wilson’s estate.