Ahead of our select Scottish Paintings & Sculpture auction on 10 December 2015 our Head of Department, Nick Curnow, reflects on the pioneering spirit and enduring importance of Scottish painter, William Gear. 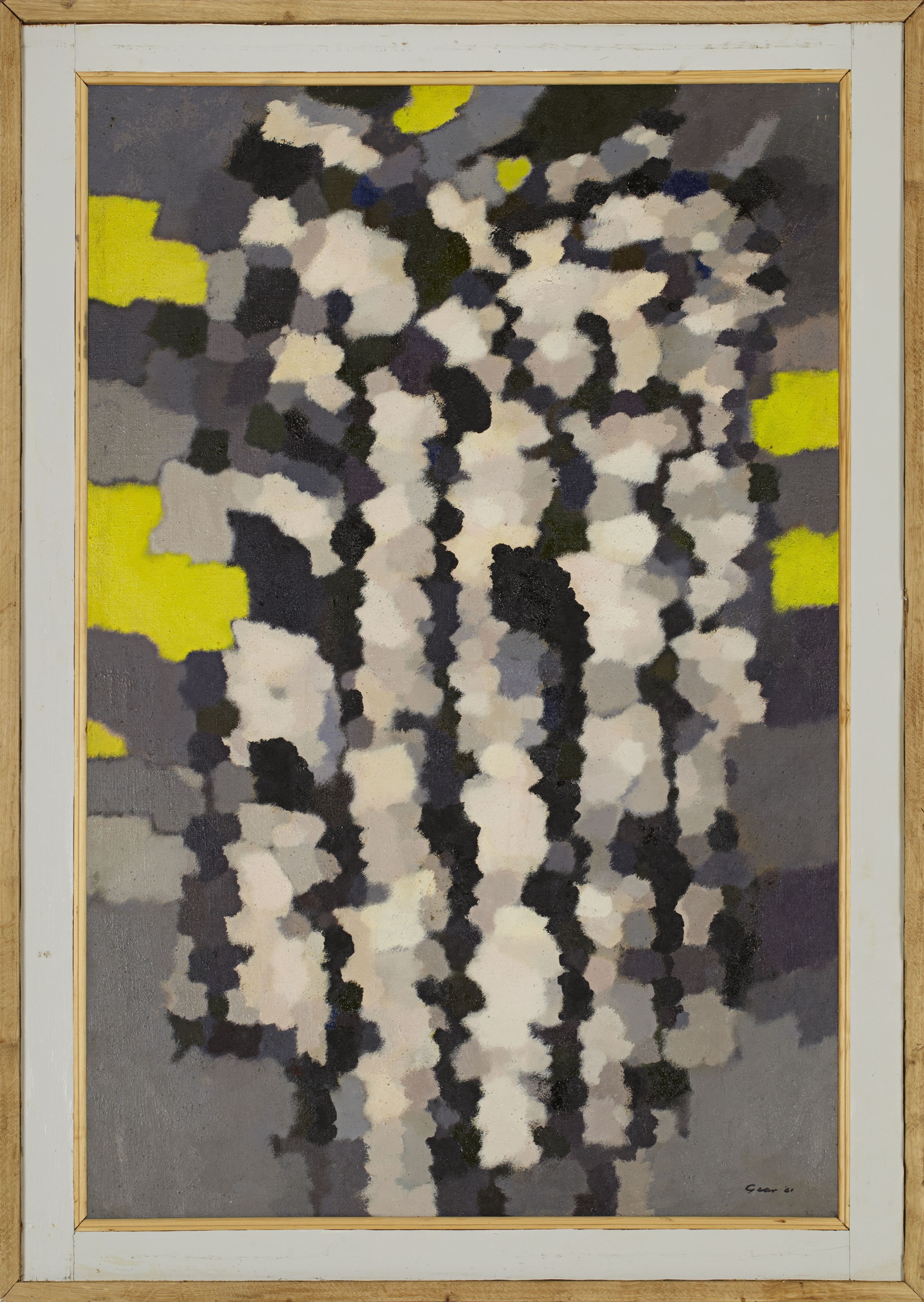 A key figure in Post-War British art, William Gear was one of the few British artists in this period to make a strong impression overseas, through his commitment to developments in abstraction and involvement with avant-garde groups in Europe. Throughout his life and career he remained a dedicated artist and passionate champion of art and other artists, with a very clear vision of what art should be.

The selection of offered works demonstrate Gear’s distinctive and recognisable style across various mediums; dominated by heavy black lines interspersed with areas of bold colour. Although dedicated to abstract work, he felt some affinity with nature and also suggested that his obsessive commitment to structure in painting could be traced back to the industrial setting of his childhood, growing up a coalminer’s son in Methil, Fife. 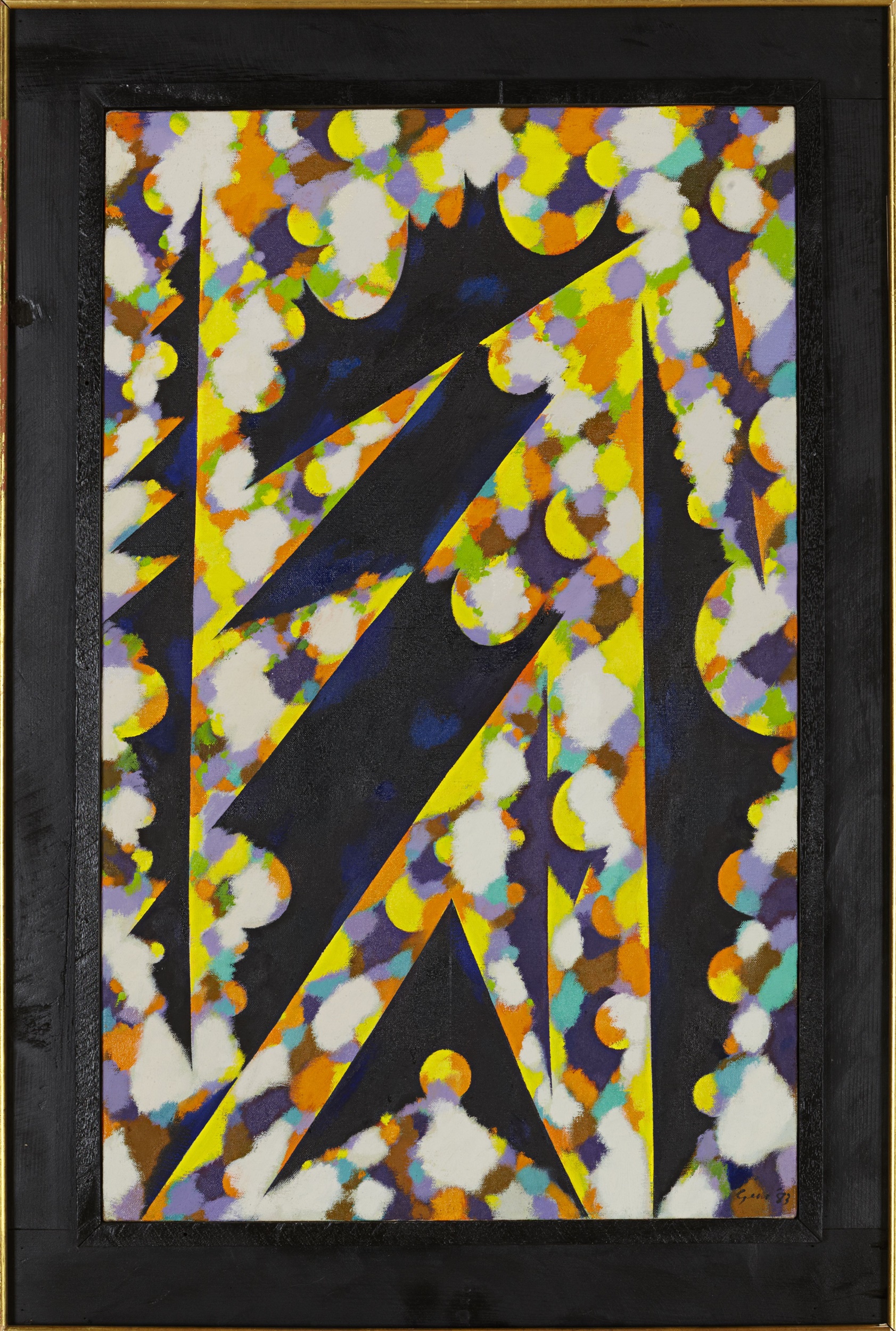 As with many Scottish artists, Gear trained at Edinburgh College of Art before completing a postgraduate scholarship at Edinburgh University. His first exhibitions were at the Royal Scottish Academy and Scottish Society of Artists, before he embarked on a travelling scholarship across Italy, Yugoslavia, Albania, Greece and Turkey. This trip included a visit to Paris to study with Fernand Leger, who became ‘a keystone for me, seldom abstract, rather a degree of abstraction.’

Gear remained committed to his painting, even staging his first solo exhibitions during the war years, despite a long period of military service which took him across the Middle East. After the war, Gear became a professional champion for the arts, working for the Monuments, Fine Arts & Archives section of the Allied Control Commission, acting to secure art works in Germany. In his personal time, he also worked to promote local artists suffering under the deprivations of wartime. 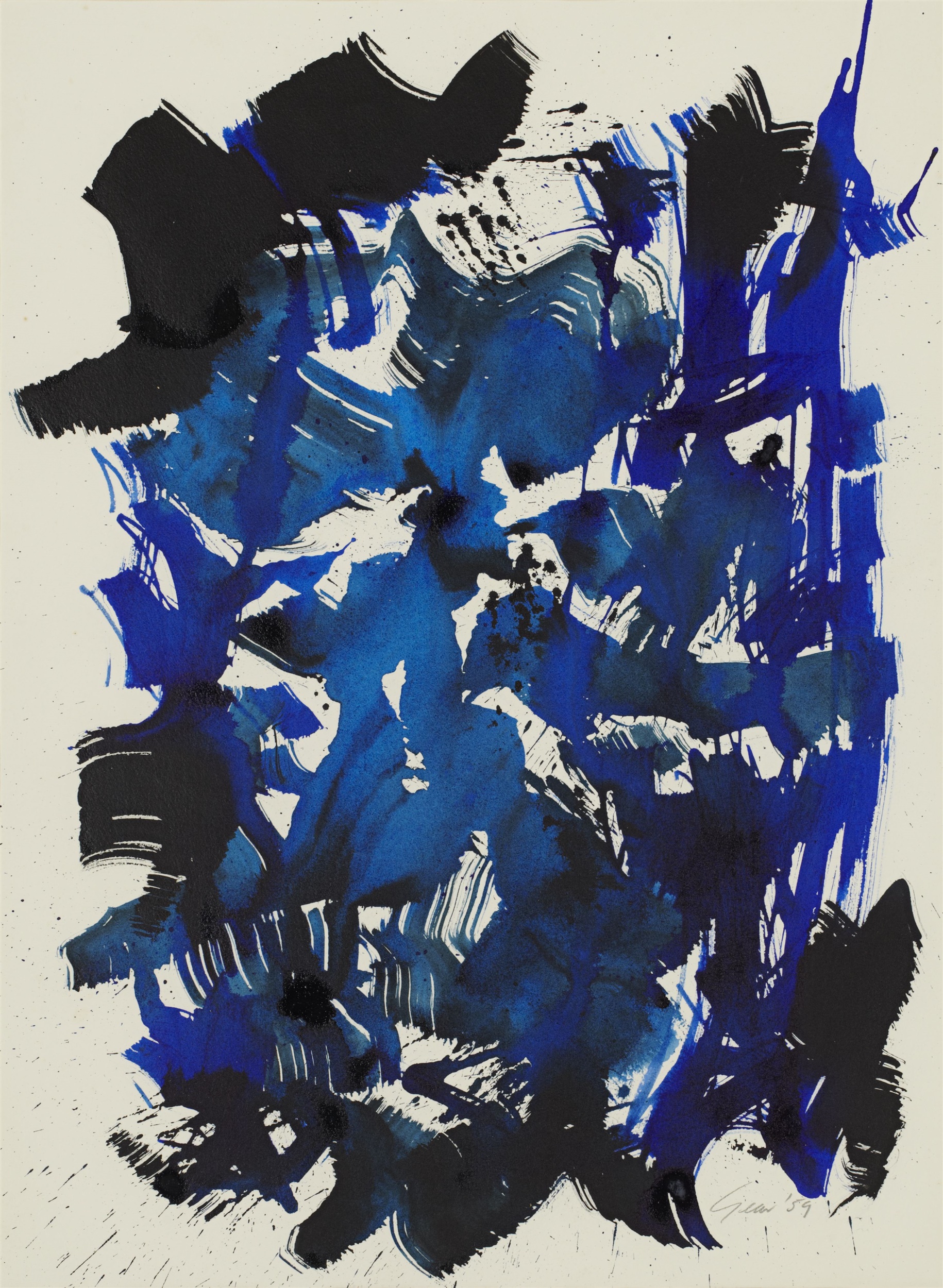 Around 1947, Gear headed for Paris, maintaining a long-established tradition of Scottish artists working and studying in the French capital. It was during this time that Gear established his more progressive credentials, when he became involved with CoBrA, a European avant-garde art movement. Made up of artists from across Europe who favoured spontaneity and experimentation, the group were united in their pursuit of complete freedom and form, as they searched for new modes of expression to fit with their expectations of life post-war. Gear’s inclusion in these exhibitions reinforced his association with a reinvigorated form of abstract expressionism and commitment to European art activities.

In 1950, Gear decided to return to England to partake of opportunities associated with London exhibitions and the forthcoming Festival of Britain. Although very much in line with Post-War developments in painting and abstraction on the Continent, some British audiences found his work more challenging. When his large canvas, ‘Autumn Landscape’ won a Festival of Britain Purchase Prize, there was a public outcry, culminating in letters sent to the House of Commons.

Following this heightened publicity, Gear seemed to fall out of critical favour, and was exhibiting less regularly. Yet he continued to paint and support the arts in other ways; acting as Curator of the Towner Art Gallery, where he influenced the purchasing committee to establish a collection of post-war British Art, and working as Head of the Faculty of Fine Art at the College of Art in Birmingham, while continuing to support local artists through acquisitions made by the Friends of Birmingham Museums and Art Galleries. In later years his collecting has been celebrated, with the Towner Gallery described as ‘the most go ahead municipal gallery of its size in the country,’ but his vison was ahead of the curve in Britain, where at the time it was ridiculed and criticised. 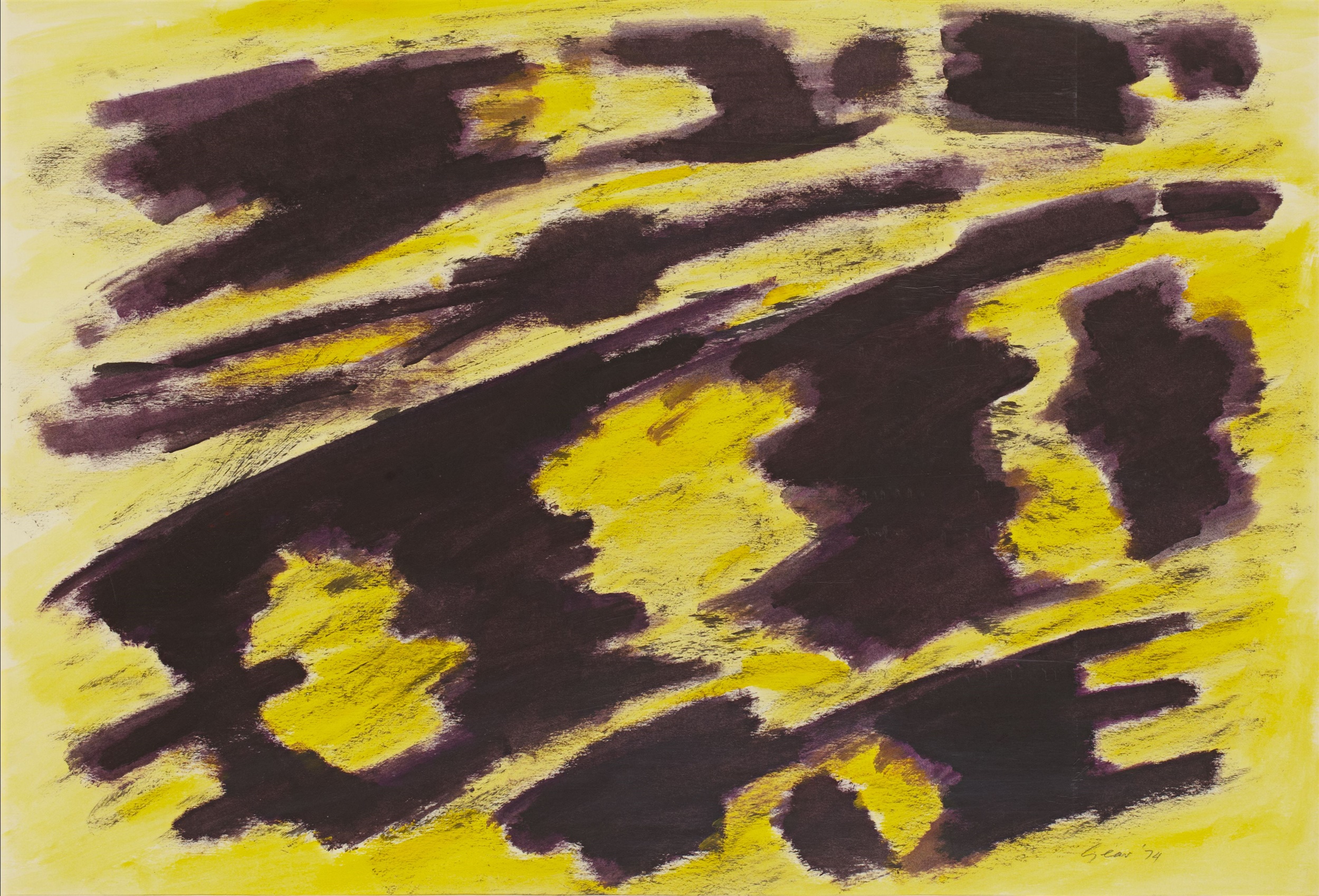 Towards the end of his life, Gear’s critical reputation was reinvigorated when an exhibition of CoBrA work revived interest in the movement, offering a variety of exhibition opportunities for Gear, one of only two British artists’ featured in the retrospective. Gear was also recognised institutionally, with an election to the Royal Academy in 1995 and in 1997, just weeks before his death, when he received an award in Germany to recognise his work for ‘democratic art and artistic freedom,’ a statement that truly encapsulates the guiding principles of his approach and career.

Although not a household name now and a controversial figure in his lifetime, Gear’s importance as both an artist and passionate champion of the arts has been increasingly recognised in recent years. An exhibition of his work is currently on display at the City Art Centre in Edinburgh; ‘William Gear: The Painter that Britain Forgot,’ organised by the Towner Art Gallery, where he was once a rather unpopular curator, seeks to re-establish his vision and skill and demonstrate its lasting impact in the art world. An artistic visionary, Gear stayed true to his principles and perspectives despite unpopularity and criticism and it is only now that the true extent of his vision and its contemporary relevance are finally becoming clear