Watch | Jewellery from the Collection of Ellen Mary Victoria Fludder

Head of Jewellery & Silver, Scotland, Ruth Davis as she introduced pieces from the Collection of Ellen Mary Victoria Fludder that featuring in our March 2022 Jewellery auction.

Ellen was the daughter of John Lowe, whose antiques shop, J. Lowe was a well-known feature of what was then 138 Wardour Street, London, during the early 20th Century, the street numbers have since changed. Originally a watch and clock repairer, John expanded the business to include antiques, primarily jewellery and oriental art.

John became a well-known and respected antiquarian and clockmaker, and indeed his youngest son John Harold Lowe remembered visiting Buckingham Palace with his father, where he was employed to wind the clocks for Edward VII or George V. Adverts from the period show a novel approach to marketing, using lines from Shakespeare to expound upon the virtues of dealing with such an exemplary antiquarian as J.Lowe; ‘China dishes, Very Good Dishes! / The Stamp of Merit. / I will buy with you! Sell with You!/ Old and Antique’ reads part of the poem, borrowing lines from The Merchant of Venice, Measure for Measure and Twelfth Night among others. This literary flight of fancy rather foreshadows another foray into the literary world the family would later take. 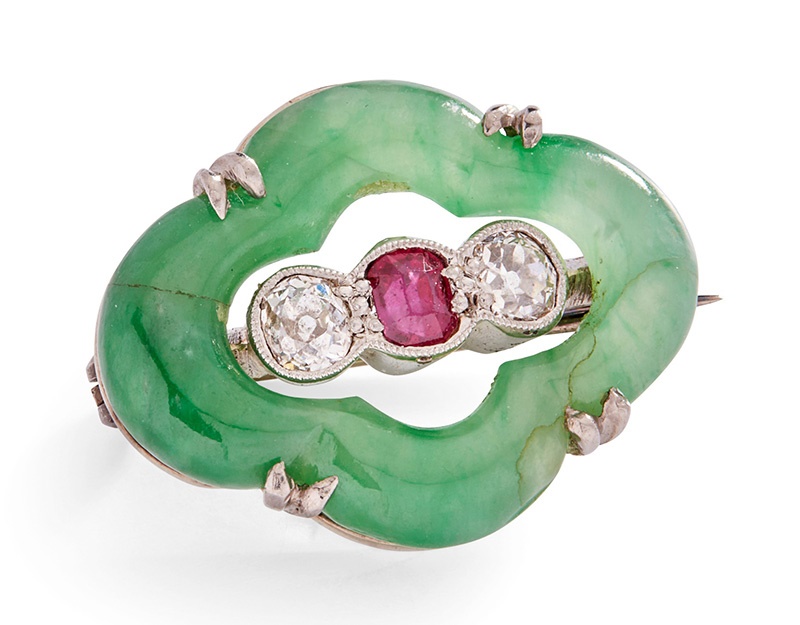 Born in May 1897, Ellen was a favourite of her father’s and though she was sent to boarding school in Devon at a young age, she and her brothers were later educated in London, and living above the shop, surrounded by such curiosities and attending various auctions and dealers’ shops, it is little wonder that she began to take a lively interest in her fathers’ business. Though very much a woman in man’s world, she became a well-known fixture in her fathers’ shop and at the London salerooms.

Indeed, one of her regular customers, who she met when she was around 18, was the author Edgar Jepson (1863-1938), who was a keen collector of antiques. As well as writing detective fiction, Jepson was also a translator, most notably of the Arsène Lupin stories by Maurice Leblanc, which are currently enjoying a revival on Netflix. He was quite taken with the character Ellen cut in the shop, and certainly, the curiosities of the Far East which filled the shop offered much scope for his creative mind. His 1927 novel, ‘Miss Timmins and Lord Scredington’ is based around J.Lowe and Ellen is the inspiration for the title character, Miss Timmins. ‘Miss Timmins runs an Oriental curio shop, and her adventures with strange and beautiful pieces of jade and lapis lazuli and chalcedony, carved by the artists of the East, and the strange and sometimes dangerous customers they bring her, are always amusing and thrilling.’ Edgar opens the novel with a direct reference to the frustrations of a ‘lady antique dealer’ in a world of men, and throughout her adventures the feisty Miss Timmins enjoys nothing better than getting the better of her male competitors, who often underestimate her. The novel has everything you could want from a 1920s cosmopolitan adventure novel; a rakish Lord smitten with the heroine, tea dances at the best places in town, brushes with the occult and unscrupulous antiquarians; certainly, if only a fraction of it is true, Ellen had a rather interesting life!

J.Lowe closed in 1924, after the death of John Lowe, and Ellen later went on to work for Reville Terry, a Couturier on Grosvenor Square as their jewellery buyer, regularly travelling between London and Paris to see the latest collection.

These pieces were not only a collection of beautiful jewels, very much of their time; but also, a lovely throwback to the exploits of Miss Timmins, and her love of Chinese jades; indeed one could almost imagine one of the jadeite brooches on her lapel, next to her infamous jade cloak hook which sent Lord Scredington so wild with envy as she raced about town in search of her next ‘find’.