The Work of William Turnbull

In this, the centenary year of William Turnbull's birth, we are delighted to present Figure of 1984 in our Spring 2022 edition of Modern Made. Here, we explore the work of Turnbull through this simplified, yet complex work...

In its suggestion of the human figure in the simplest possible form, Figure of 1984 simultaneously references some of Turnbull’s works of the late 1940s and early 1950s whilst linking to further exploration of the theme in sculptures such as Figure 2 and Small Female Figure of the early 1990s. Indeed, Turnbull returned to the human form throughout his long and distinguished career, through materials including plaster, bronze and steel (sometimes painted), with degrees of representation and abstraction ebbing and flowing over the decades. 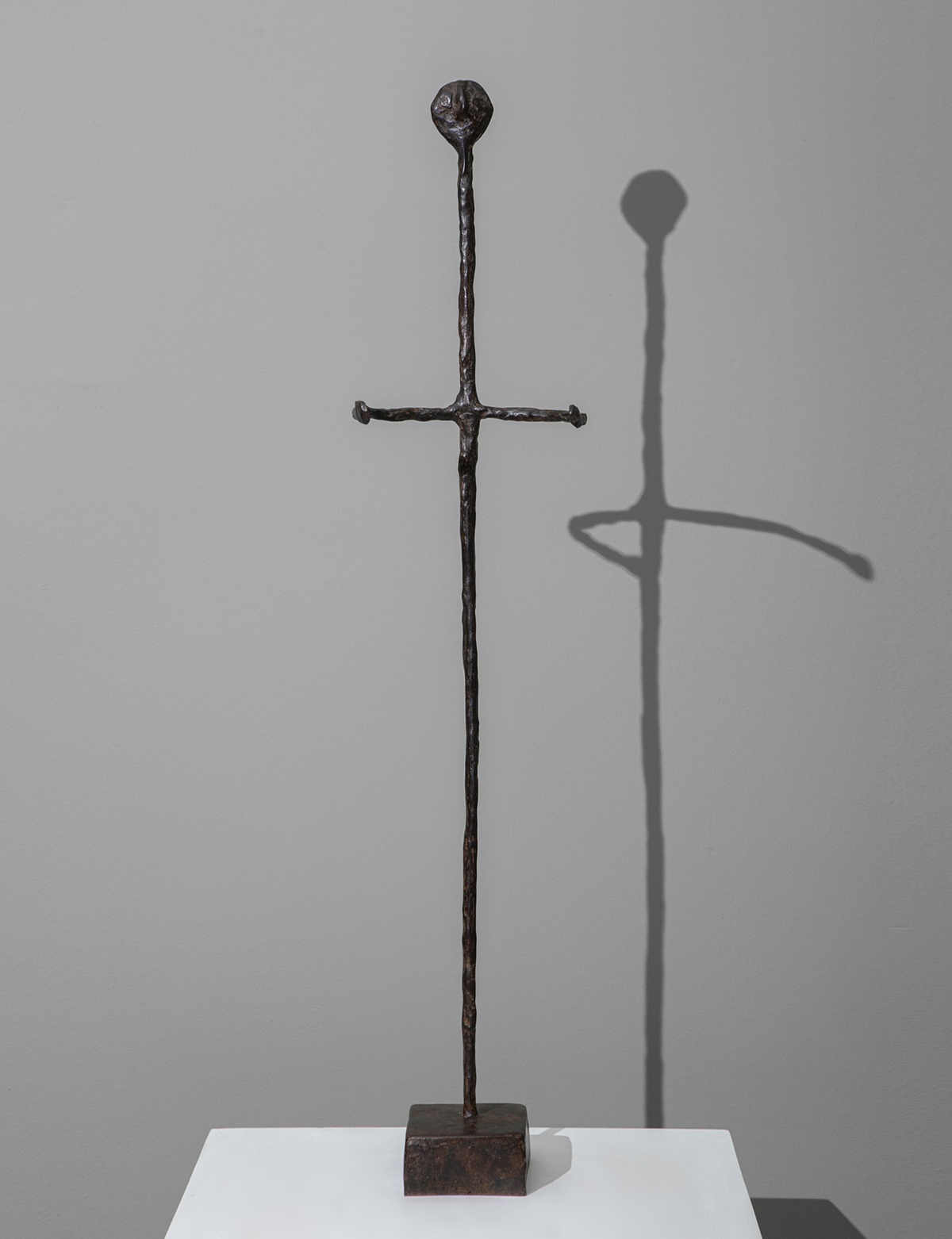 In this work, an elongated torso is extended to incorporate legs and neck, from which open, curved arms protrude. The sculptor’s touch is clear in pronounced modelling throughout, with suggested facial features on a head-like form. Although at first glance a work based on a frontal view, the viewer cannot comprehend the full scope of its three dimensions without moving around it, to see the extent of the arms’ reach and the rhythm, open-ness and implied welcome of their stance. The work’s various profiles are as important as its physical form.

Figure illustrates Patrick Elliott’s summation of Turnbull’s practice, namely that ‘his work invariably combined formal simplicity with surface complexity along with poise and balance: these remained the principal characteristics of his entire oeuvre.’ (Patrick Elliott, ‘Turnbull, William [Bill] (1922-2012)’, Oxford Dictionary of National Biography, on-line version of 1 January 2017, accessed 25 March 2022). Turnbull combined ambiguity with open-ended intention in much of his work, by which he hoped to stimulate multiple references, ideas and connections when it was experienced. As Amanda A. Davidson concluded in her 2005 catalogue raisonné of Turnbull’s sculpture ‘the conversation between the artist and their materials inevitably comes to an end when the process of making the work is completed. However, the conversation between the viewers and the work never ceases.’ (Amanda A. Davidson, op.cit., p. 74).