Jewellery for the Modern Age

“When I started in the mid-to-late 1950s, there were very few new things being made in jewellery…Innovation just hadn’t happened for 20 years, partly because of the war, so in design terms one could do anything at all. It was a completely open book” - John Donald

In a decade of revolution, from the Civil Rights Movement to the first man to step on the moon, to the hippie movement, fashion followed suit - notably Pierre Cardin’s 1964 Space Age collection and Paco Rabanne’s science-fiction trends. Cosmic themes were more literal in high street fashion (shooting stars, planets and rocket motifs) - reflecting the new glamour of figures such as Jackie Kennedy, psychedelic fashion and the new Atomic space age. 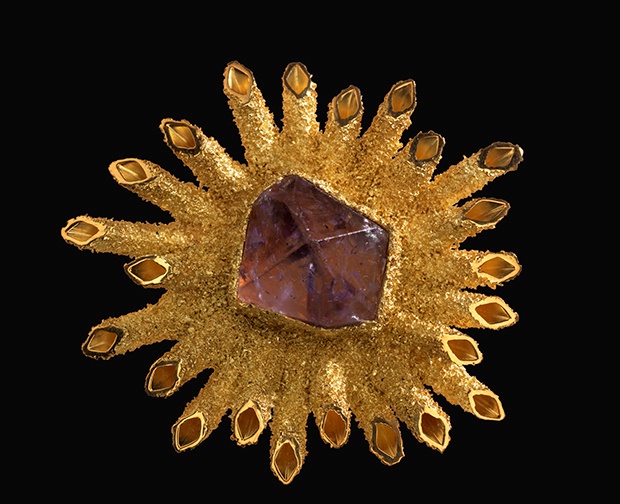 The flaming star (John Donald’s brooch) and comet (Gilian Packard pendant) were appropriately popular motifs during this ‘Space Race’ period and perfectly fitted the notions of how these jewellers were trying to represent a Modern Age. Most importantly the work of this period showed what could be done with jewellery, and how it could be visionary - transcending from commerce into an art form relevant to contemporary society, that allowed it to be exhibited alongside work of the most avant-garde artists of their day.