We were honoured to present to auction a historic and important selection of Property of the Earls of Breadalbane & Holland, Taymouth Castle in May 2021.

Lot no. 7 was the Royal Charter and seal box belonging to John Campbell, 3rd Earl of Breadalbane & Holland who was responsible for some early developments and land improvements at the future site of Taymouth in the 18th century. The 3rd Earl, was a Lord of the Admiralty and as Viscount Glenorchy Ambassador to both the Danish and Russian Courts. The beautiful seal box which was hand crafted by Francis Garthorne, London circa 1726, contains a wax impression of the great Royal seal of George I. This is the commission to Lord Glenorchy that grants him plenipotentiary power to act as Ambassador. The 3rd Earl, had no direct line heir at the time of his death, which meant all his titles went to a distant third cousin, John Campbell, subsequently created 1st Marquess of Breadalbane who went on to build Taymouth Castle. In addition to the Royal seal there is a significant collection of manuscripts relating to Taymouth Castle, the Earls of Breadalbane and Holland and the Breadalbane and Langton Estates dating throughout the 18th century and into 19th century. 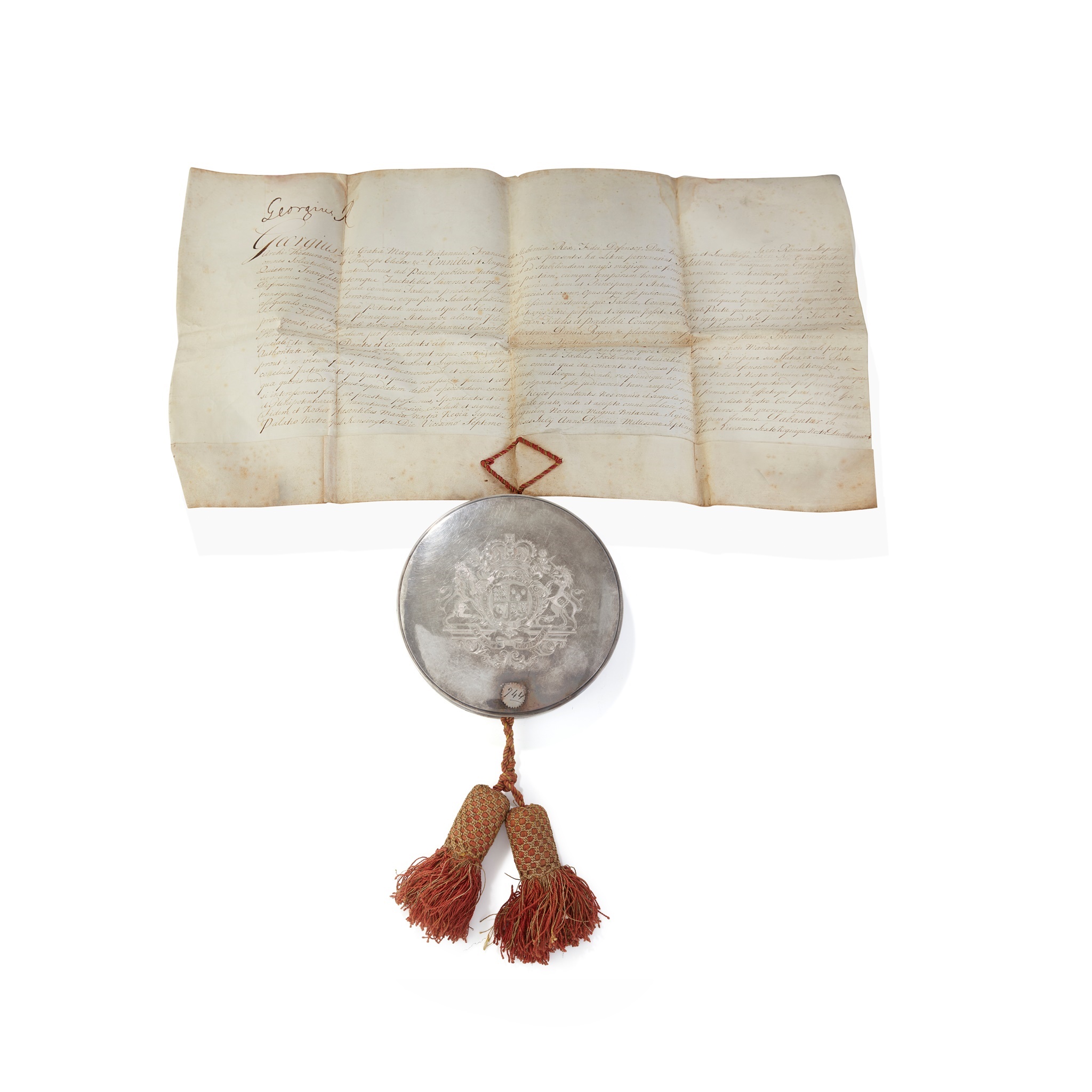