The Contents of Lowood House

An impressive private collection, the contents of Lowood House was first introduced to Lyon & Turnbull through a valuation.

From initial consultation to sale, the development of The Contents of Lowood House auction brought with it the discovery of the family's fascinating history and a number of rare works of art. Here we take a closer look at this intriguing collection.

Sitting by the banks of the river Tweed near Melrose, Lowood has been the home of the Hamilton family since 1947 and the eclectic collection being offered here was amassed over the past two centuries by two Scottish lowland families: the Crum Ewings and the Hamiltons. The Crum Ewing’s fortunes were founded by James Ewing (1775-1853), who established the business of James Ewing & Co. at the beginning of the 19th century, which was rapidly successful. In 1815 he purchased the mansion known as ‘Crawford’s Lodging’, later ‘Glasgow House’, on the corner of the newly laid out George Square in Glasgow; considered the most handsome residence in the city at the time. In the same year, James Ewing and Archibald Smith established the first ‘Provident’ or ‘Savings’ bank in Glasgow. 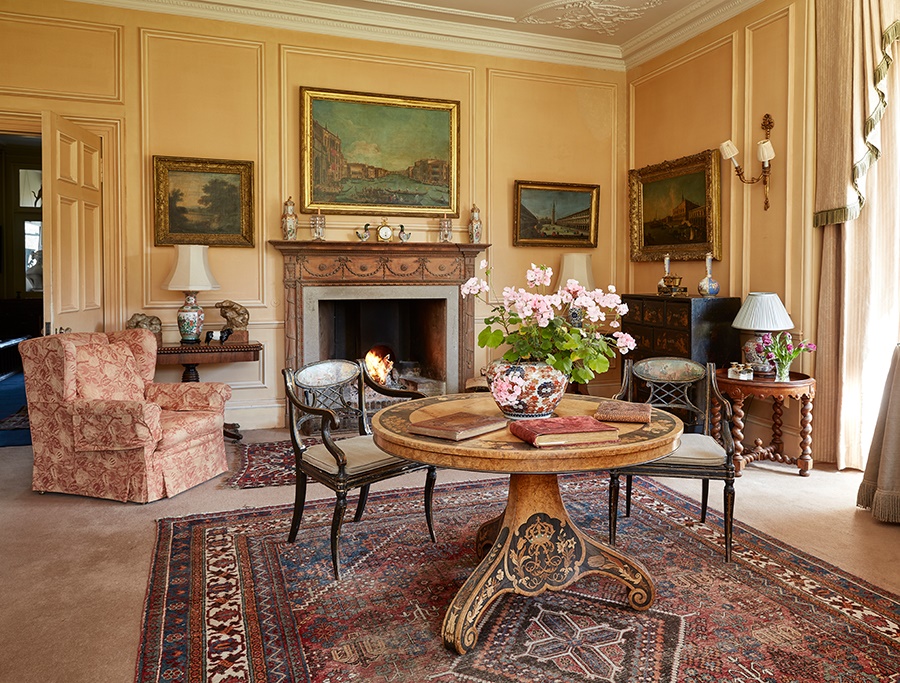 In the 1830s, James was Lord Provost and MP for Glasgow. He also bought the house and estate of Levenside in Dumbartonshire, changing the name to Strathleven House. In 1836 he married Jane Tucker Crawford (1811-1896) and in 1838 sold Glasgow House to the Edinburgh and Glasgow Railway Company, who demolished it to build Queen Street Station.

In 1844, James and Jane Ewing, after having their busts carved by James Fillans in London (Lot 25), embarked on a thirteen month tour of the continent. James Ewing was actively buying art and antiques both before and during his ‘Grand Tour’. At one point, his collection included a Titian he acquired in Venice, now in The Los Angeles County Museum of Art. Many of the Italian and continental paintings and other artworks being offered here came from his collection, including the important maiolica (Lots 64 and 65), mention of which is made in his letters.

James and Jane had no children and so on his death in 1853 his estate passed to his nephew, Humphry Crum Ewing (1802-1887). Jane, who had been much younger than her husband, had been given life rent of Strathleven House however and lived on there until she died in 1896, outliving Humphry.

Strathleven eventually passed to Constance Crum Ewing (1899-1982) and her husband Ian Bogle Monteith Hamilton (1890-1971). It was their Scottish home until it was compulsorily purchased by the Board of Trade in 1947, the surrounding area having been earmarked for redevelopment. At this point the couple bought and moved to Lowood House, bringing much of the collection with them.

Discover more about the works by Leighton and Corbet

Ian Hamilton was the son of artistic parents, painter Vereker Monteith Hamilton (1856-1931) and sculptor Lilian Hamilton (née Swainson) (1865-1939) who had both studied at the Slade under Alphonse Legros. Vereker and Lilian mixed in artistic circles in London in the late 19th and early 20th centuries and most probably once owned the collection of works by Leighton and Corbet included in the collection (Lots 153-158). Vereker was also great friends with the artist William Strang and Lots 163 and 164 are probably testament to that relationship.

Ian was an architect, responsible for the renowned Sidney Estate of social housing in St. Pancras, London in the 1920s and 30s. He must have collaborated with the sculptor Gilbert Bayes on the project, leading to the inclusion of the latter’s duck finials in this collection (Lot 66). He was also author of a book ‘The Happy Warrior’, about his uncle, the distinguished General Sir Ian Standish Hamilton, twice recommended for the VC and a close friend of Sir Winston Churchill. The Hamiltons were a military family with four generations having served in The Gordon Highlanders. They were also a long established Glasgow family, with one ancestor, John Hamilton (1713-80), having been minister of Glasgow High Church for thirty years (Lot 85).

When Constance died in 1982, Lowood was inherited by her son Alexander Hamilton (1932-2020). Following Alexander’s death, the family are now leaving Lowood and feel it is time to pass on many of its treasures to new owners, with the hope that they will be enjoyed and appreciated as much as they have been by the family over the generations. We were privileged to present The Contents of Lowood House at auction in October 2021.

The Contents of Lowood House

People matter to us as much as their possessions. We offer a very personal service and work closely with our clients to ensure that all elements of the sale reflect their taste and values. Our bespoke approach to every collection has placed us amongst the market leaders in this field and our dedicated international team has considerable experience of orchestrating these sales.