One of the Greatest English Books of the 20th Century

We are delighted to present a superb association copy of the limited edition of T.E. Lawrence’s epic masterpiece, Seven Pillars of Wisdom in our 08 February auction Rare Books, Manuscripts, Maps & Photographs.

T.E. Lawrence’s Seven Pillars of Wisdom (1926) is prized as one of the greatest English books of the 20th century, ostensibly a record of Lawrence’s experiences marshalling the Arab revolt against the Ottoman empire in the First World War, but also a deeply lyrical personal odyssey, ‘a testimony to his vision and persistence and a fulfilment of his desire to write an epic which might stand comparison in scale and linguistic elegance with his beloved Morte d’Arthur and C.M. Doughty’s Arabia deserta’ (L. James, Oxford DNB).

Lawrence chose to make his publication a magnificent visual feast as well as a literary tour-de-force, commissioning illustrations from some of the best-known artists of the period – Eric Kennington, Augustus John, William Roberts, Paul Nash and William Rothenstein, amongst others. The plates for Lawrence's masterpiece were one of the most technically demanding and expensive aspects of the privately-printed subscribers' [or ‘Cranwell’] edition issued in 1926, one print necessitating the use of 23 colours, an unheard of extravagance. The technical printing problems were in large part responsible for the delays in the book's publication and the ever-increasing cost of the work, as Lawrence explained in a letter to Whitney H. Shepardson of 15 October 1924: 'The prime cost lies in the pictures (about 60, many in colour, at 10/- a print!) and the pictures are only an unjustifiable whim of mine. They have been done by British artists whom I liked, & who would work for me' (letter, sold as part of The Spiro Family collection, Christie's New York, 26 February 2004, lot 96).

The finished work of the Subscriber’s edition comprised only 170 copies and sold for the then exorbitant price of 30 guineas. 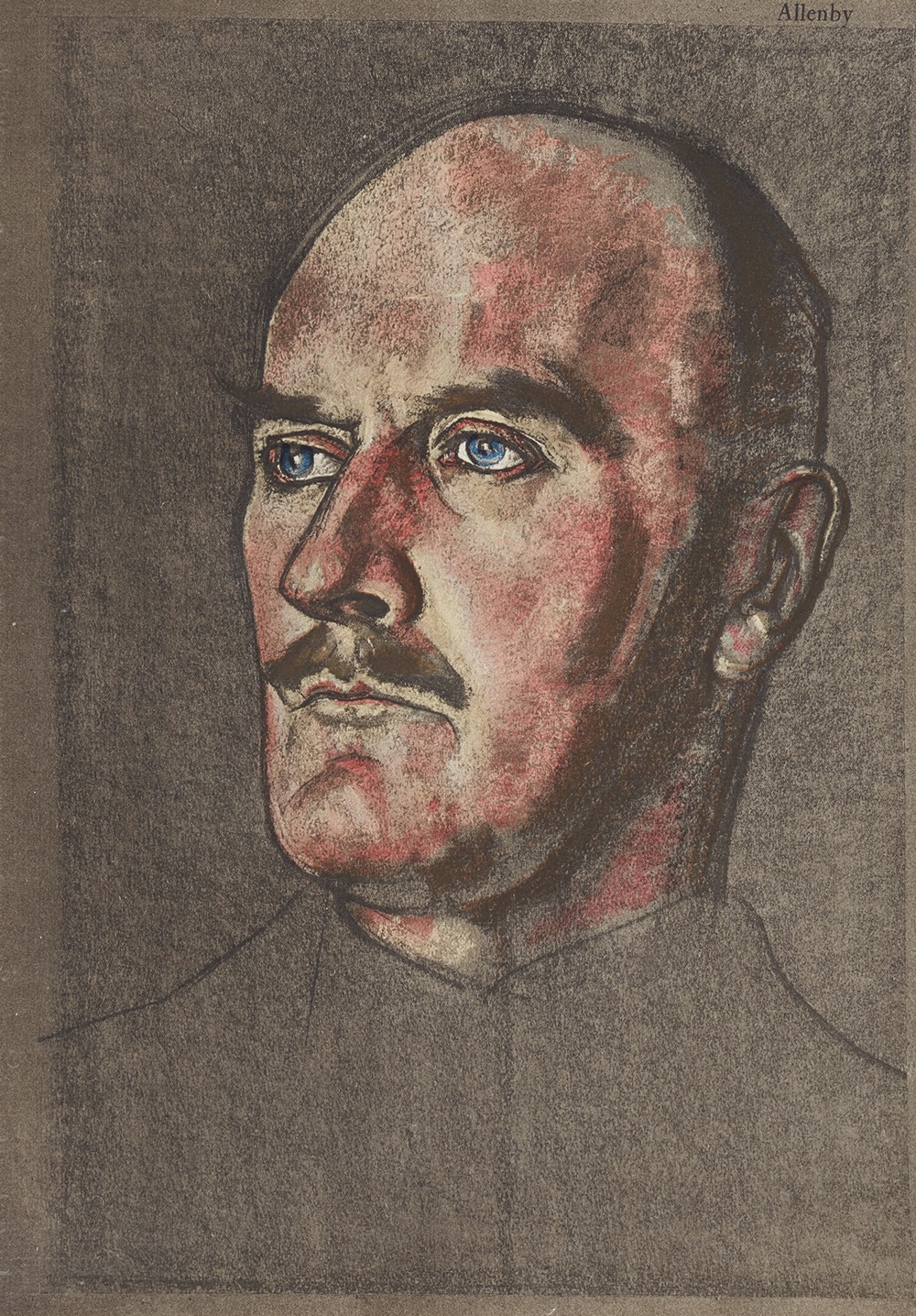 However in addition to the Subscriber’s edition, Lawrence also reserved 32 ‘incomplete’ copies – textually complete copies that did not have the full tally of plates – to give to close friends and colleagues who had been actively involved with him in the military campaign in the Arabian peninsula. Unlike the complete copies these are inscribed or presented by Lawrence himself, and therefore have a much greater and more personal connection with Lawrence than the subscribers’ copies. It is one of these ‘incomplete’ copies that we will offer on 8 February 2023.

The copy offered for sale is inscribed ‘Incomplete copy, I.XII,26, TES’ and has an autograph letter from Lawrence to Harry Goldie tipped in.

Captain [later Major] H.M. “Harry” Goldie, was attached at some point in 1916 or 1917 to the Arab Bureau in Cairo. The Arab Bureau was a section of the Cairo Intelligence Department during the First World War, established in January 1916 to harmonise British political activity in the Near East. Gilbert Clayton was its head or “Chief”, David Hogarth, a Naval Intelligence officer, was Acting Director, and Lawrence was an active member. As such Goldie and Lawrence were very close colleagues, actively involved in sabotaging Ottoman infrastructure and marshalling the Arab revolt on the Arabian peninsula.

In Lowell Thomas’s account, With Lawrence in Arabia, (1924) the author refers to a trip around Jeddah “accompanied by Major Goldie, an officer attached to the British mission which had its headquarters there during the campaign”. The Imperial War Museum photograph catalogue no. Q60009 is captioned “Captain Goldie on return from Bir Derwish after evacuation of Hejaz Expeditionary Force. Last British officer to leave the Emirs (Ali and Abdulla abna Husain al-Hashimi). At Yenbo.” 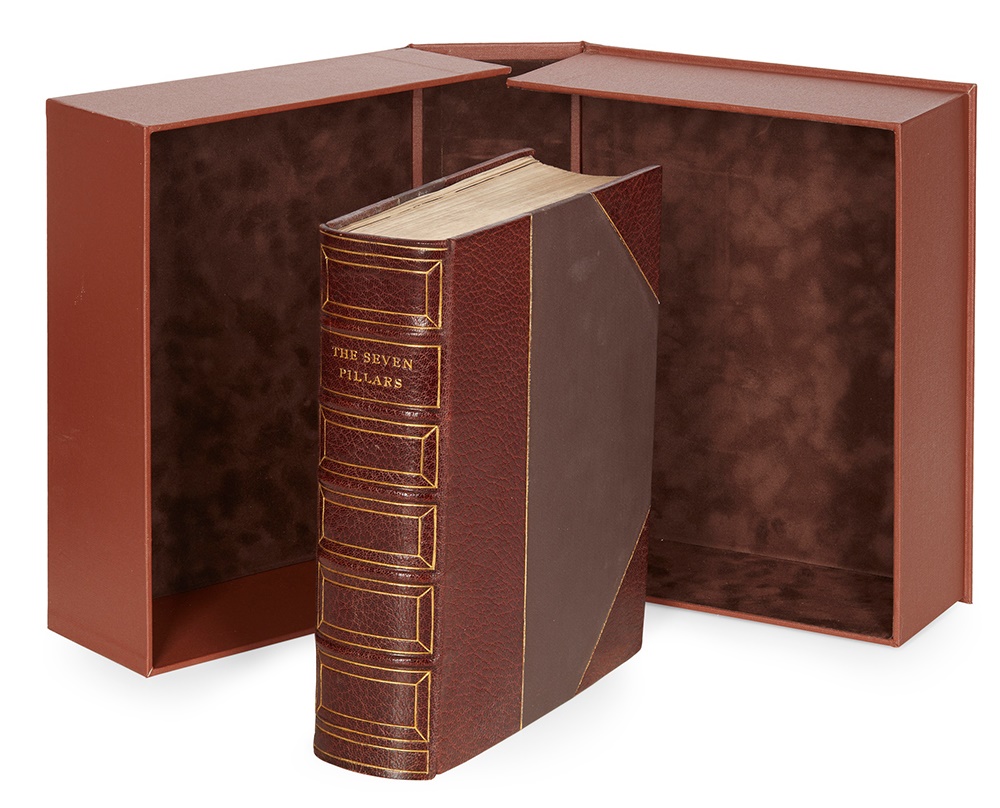 In Behind the Lawrence legend: the Forgotten Few who shaped the Arab Revolt, the author, Philip Walker, notes “The commandant at Yenbo was the tall 39-year-old Captain Henry (“Harry”) Goldie, a banker before the war, who had been engaged in important railway demolition work in the Southern sector with Captain Henry Garland”. According to family tradition, Captain [later Major] Harry Goldie joined Barclays Bank in Cairo after the war in which role he transmitted funds to Lawrence. It was Captain Garland, a maverick demolition expert, who had taught Lawrence how to make an improvised explosive device.

Amongst other awards Goldie was awarded the Order of Al Nahda [Order of Renaissance] of the Kingdom of the Hijaz, Third Class, by King Hussain Bin Ali of the Hijaz. British recipients of the Order of Al Nahda were published in the London Gazette, Goldie receiving the Order, 3rd class, on 16 January 1920, with him being listed as “Goldie, HM T/Capt. Special List”. Major Dawnay – an original photograph of whom, with Lawrence and Dr. Hogarth is bound into the present volume – received the same order, Second Class, on 8th March 1920, at which time he was listed in the London Gazette as Head of the Hejaz Operational Staff. There is no record of Lawrence himself having received this award. One can only speculate as to the reasons. Possibly Lawrence had let it be known in advance that he did not wish to be proposed for any award, and therefore none was awarded.

In addition to the usual text, bound in at the beginning are four pages “Some notes on the writing of the Seven Pillars of Wisdom by T.E. Shaw”. This was a single-fold leaflet, of which about 200 copies were produced in 1927 for distribution to subscribers of the Cranwell [or Subscriber’s] edition. [O’Brien, A039].

This copy also has, uniquely, a photograph of H.H. Hussein Ibn Ali, Grand Sharif of Mecca, by Ronald Storrs (inscribed on the verso “this photograph taken by Ronald Storrs on visit to Jeddah, obtained by me at Jeddah 1917”), an autograph letter signed from King Hussein to Harry Goldie, in Arabic, with typed English translation pasted to the lower half of the letter, dated 23/11/37 (19/8/19), the letter pasted onto card, with inscription on card verso “Letter from King Hussein om my leaving the Hejaz. 1919. Signed by himself, H. Goldie”, and also the Order of Service for T.E. Lawrence’s funeral at St. Nicholas, Moreton, Dorset (to which is affixed a newspaper clipping noting the chief mourners – including Harry Goldie).

Lawrence’s autograph letter to Goldie states “You, having been one of us, get (if you want it) a gratis copy of the text of the subscribers’ edition. I stipulated this in my letter to the subscribers. It’s exactly the same text as they have, but has none of the illustrations… I take it, from your letter, that you’d like one of these private copies, & shall send it to you when it’s ready… Address A/C/ Shaw 338171, Hut 105, R.A.F. Cadet College, Cranwell, Lincs, 4.5.26”