An Early Example of Colour Printing

After traveling to Calcutta at the end of the 18th century, Dutch native, Balthasar Solvyns was inspired to produce A Collection of Two Hundred and Fifty Coloured Etchings Descriptive of the Manners, Customs, and Dress of the Hindoos. A highlight in our February 2022 Rare Books, Manuscripts, Maps & Photographs auction, Les Hindoûs, an enlarged version of that work, sold for £23,750*.

Collected from the original 48 parts, a full set such as this, with plates coloured by the author, would cost around 2,600 francs at the time of publication. An early example of colour printing, it seems that two printing plates were used to apply a chiaroscuro effect with one or more colours applied by each. Extra colour was then applied by hand.

The work in total illustrates Solvyns's observations of Hindu customs, celebrations, occupations, costume and the caste system. Customs and habits are described in the accompanying text.

Dutch native, Balthasar Solvyns, travelled to Calcutta at the end of the 18th century and worked as an artist, providing illustrations for a report by Alexander Kyd on his expedition to Penang and the Andaman Islands. Observing that the British displayed a keen interest in Indian costume and culture, Solvyns was inspired produce A Collection of Two Hundred and Fifty Coloured Etchings Descriptive of the Manners, Customs, and Dress of the Hindoos in 1799. The present work is an enlarged version of this, with a total of 288 plates with text in French and English. 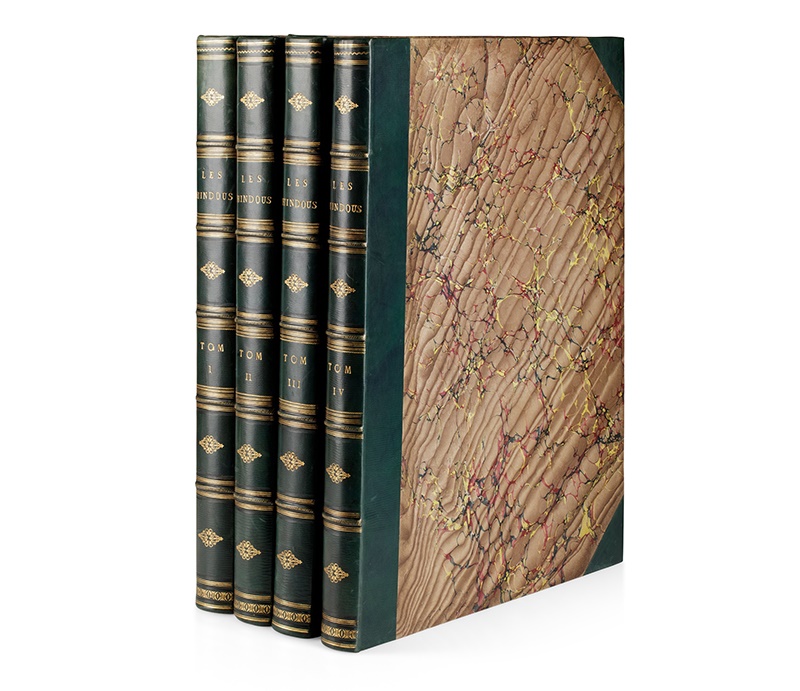