We were delighted to present a specialist focus on the Scottish Colourist Samuel John Peploe in celebration of the 150th anniversary of his birth in our flagship December 2021 Scottish Paintings & Sculpture auction which achieved a grand total of £1,170,000* led by Roses and Fruit, a superlative painting by Peploe which sold for £735,000*.

2021 was the 150th anniversary of the birth of S. J. Peploe (1871-1935), one of the most important Scottish artists of the 20th century. He was the eldest and most successful of the four artists known as the ‘Scottish Colourists’, along with F. C. B. Cadell, J. D. Fergusson and G.L. Hunter.

Peploe was born in Edinburgh. He trained at the Académie Julian in Paris and at the Royal Scottish Academy Life School in the Scottish capital. His first solo exhibition was held in 1903 and having made his name in Scotland, he joined John Duncan Fergusson in Paris in 1910. This led to two years spent at the very heart of the development of modern art. Fergusson later recalled "Peploe and I went everywhere together. I took him to see Picasso and he was very much impressed...I was very happy, for I felt that at last he was in a suitable milieu." 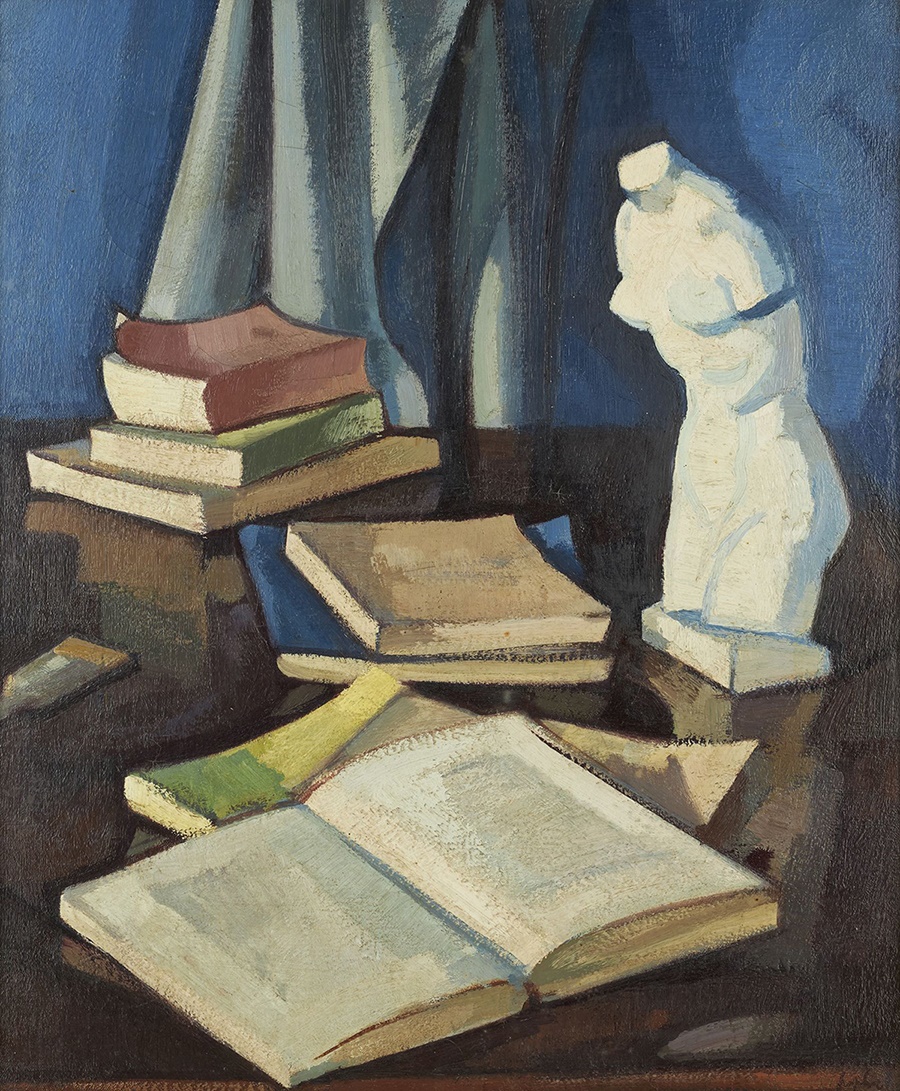 On his return to Edinburgh, Peploe established a reputation as a painter of still lifes par excellence. Indeed, he declared "there is so much in mere objects, flowers, leaves, jugs, what not – colours, forms, relation – I can never see mystery coming to an end."

He is also renowned for his landscape paintings, made en plein air during trips to France and throughout Scotland. A sensitive and direct response to his natural surroundings, amidst varying weather and light conditions, inspired some of his most significant creations.

Peploe’s work was exhibited regularly in Edinburgh, Glasgow and London, in group exhibitions in Paris and in 1928 he had a solo show in New York. This international standing was officially recognised on his election as a full member of the Royal Scottish Academy in 1927.

Peploe briefly joined the staff of Edinburgh College of Art in 1933, with the college’s Principal recalling that "his influence was admirable, his standards high, his criticism acute." Following his death in 1935, Peploe was described in The Times as "one of the most interesting and inspiring of Scottish painters...one of the few whose works were highly esteemed not only in Scotland, but in England and abroad." His work is held in numerous public collections in the UK and beyond.