To Capture a Sense of Mood

Highly recognisable, the work of Sir William MacTaggart bears a distinctive aesthetic in his approach to his subject, technique of paint application, and above all his jewel-toned palette.

We were delighted to present a selection of works by MacTaggart in our June 2021 Scottish Paintings & Sculpture auction led by 'Palma, Majorca' which achieved a world auction record for the artist.

MacTaggart is an interesting figure within Scottish Art. His approach to his subject, distinctive technique of paint application, and above all his jewel-toned palette, renders his work highly recognisable. He was the grandson of William McTaggart, who had been a huge force for change and lasting influence within Scottish art. He shared his forebear’s talent for capturing atmospheric light, as well as an interest in landscape painting from an elemental perspective. Growing up under this important influence, MacTaggart set out to become an artist from the tender age of fifteen. Respiratory issues blighted his childhood and his studies at the Edinburgh College of Art. The outcome was that he spent a lot of time in the healing warmer climate of the South of France - the land of Cezanne - whose influence was notable in his early career work, as it had been in the work of the Scottish Colourists before him.

These periods of convalescence also meant he never became fully indoctrinated in the Edinburgh College of Art’s artistic approach at the time, which was still staunchly traditional and centred round draughstmanship, form and tone. His friend and contemporary student H. Harvey Wood wrote in his 1974 monograph on MacTaggart that in many ways his work, and particularly his distinctive palette, was a reaction to the College’s doctrine and relative disinterest in colour (a reaction interestingly also pursued by his contemporaries William Gillies and John Maxwell). His distinctive aesthetic was also due to his shifting interest from the French Impressionist school towards the German Expressionist and Nordic masters like Nolde and Munch. As a result, we see his tones becoming less French and sun-baked, and his later period explores a sense of the Autumnal, the crepuscular, and the nocturnal.

The distinctive use of colour, which matured into a palette Harvey Wood likens to the glow of medieval cathedral stained glass, was perfect for achieving MacTaggart’s artistic aim: to capture within his work a sense of mood. There is something brooding and emotional, tempestuous even within his paintings, which was apparently at odds with the moderate and considered outward demeanour of the man himself.

As evidenced abundantly in the works offered here, MacTaggart is an artist who adores his material, a fact immediately apparent to the viewer. There is a sensuality to his handling of paint, and a great richness. As Harvey Wood described so vividly; “His skill with paint is like the exquisite cutting of a lapidary artist”. 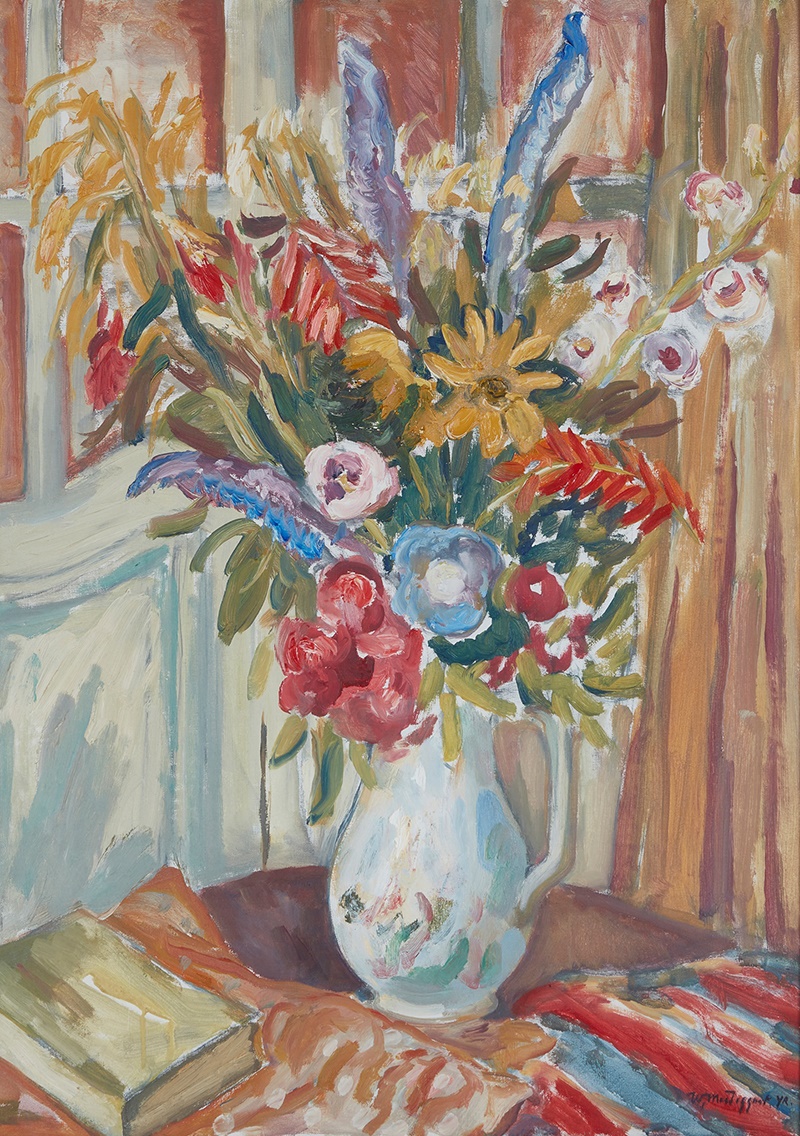 Not only was he an interesting and notable member of the so-called Edinburgh School of Artists, MacTaggart was also a leader amongst them, serving as President of the Royal Scottish Academy where he is remembered for his energetic and astute tenure. Described as having a “crusading spirit”, he was responsible for promoting and assisting the Arts Council to launch a series of major painting exhibitions, sponsored jointly by the Academy. Thanks to his efforts, works by Braque, the Blau Reiter Group, Delacroix, Modigliani, Soutine and Corot graced the walls of the Academy and served to inspire a new generation of aspiring artistic talented in Scotland.

View the works by MacTaggart ⇒