Sir Basil Spence was one of the leading British architects of the 20th century, whose monumental or ''brutalist'' style came to define modern architecture in Britain. Noted commissions include designs for several exhibitions including the Sea and Ships Pavilion for the Festival of Britain (1951), Sussex University (1962), Glasgow Airport (1966), and Coventry Cathedral (1954-1962), for which he received a knighthood. In 1947 Neil Morris of manufacturers Morris of Glasgow asked Spence to collaborate on a range of plywood furniture he was working on, which was to include his Bambi chair and celebrated Cloud table. The result was the Allegro dining suite, which was awarded a diploma by the Council of Industrial Design in January 1949.

In March of the same year it was exhibited at the Glasgow Today and Tomorrow, where it was commended, and an example of the armchair was commissioned by the Museum of Modern Art, New York for their collection. In September 1949 it was displayed at the Morris stand, also designed by Spence, at the Scottish Industries Exhibition. In 1951 another single armchair was commissioned for the collection of the Victoria & Albert Museum in London (V&A CIRC.183-1951). 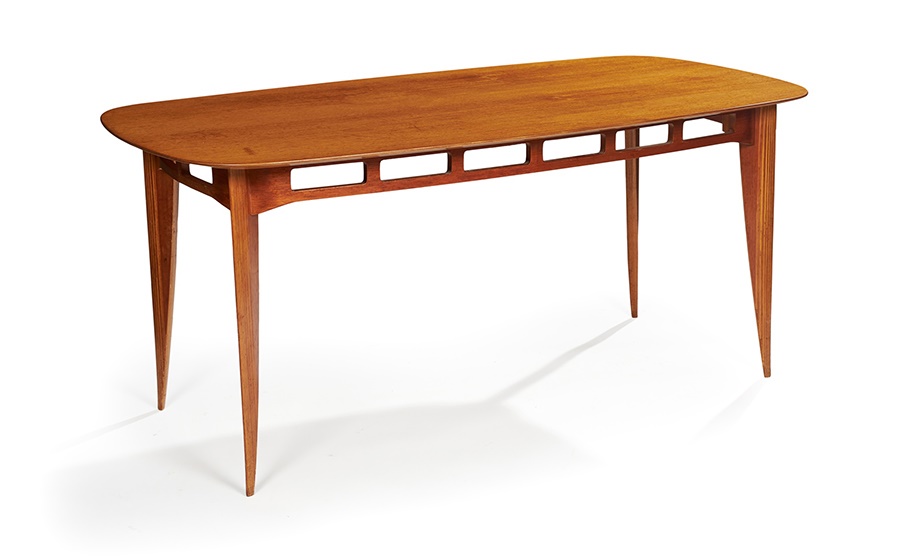 The development of plywood furniture in the 20th century is focussed on wartime innovation. The American designers Ray and Charles Eames designed prize-winning furniture for the Organic Design in Home Furnishings competition at the Museum of Modern Art in New York in 1941. Their work displayed the new technique of wood moulding, originally developed by Alvar Aalto in Finland, that the Eames would go on to develop in many moulded plywood products, including splints and stretchers for the US Navy during World War II. From this work many of their iconic furniture designs were developed. 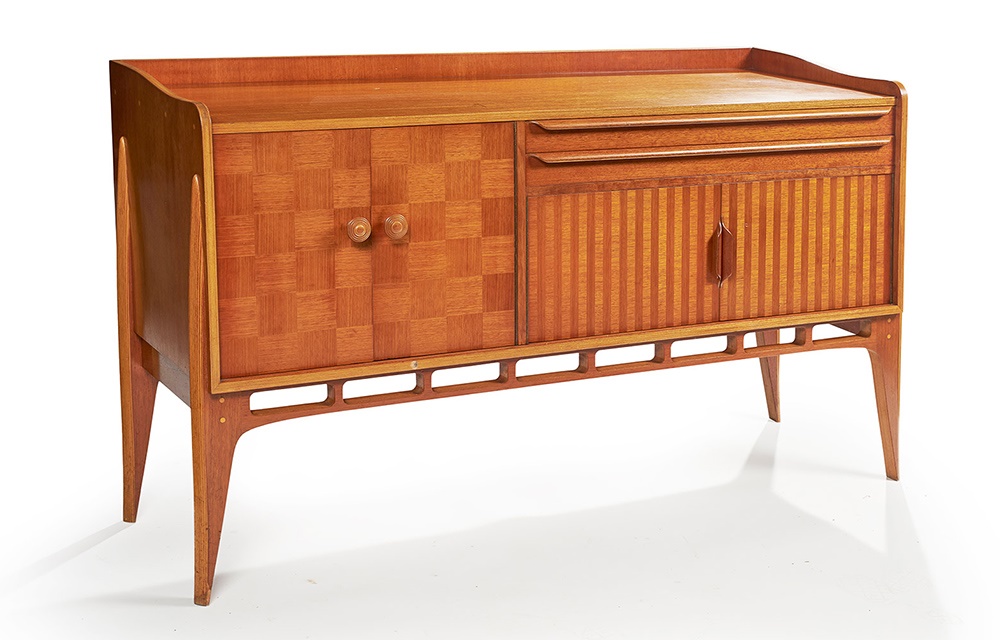 The manufacture of the 'Allegro' suite also found its origins in wartime innovation. The Southampton-based manufacturer of helicopters, Cierva Autogiro, had developed techniques of laminating and shaping wood to make strong and light helicopter blades - these blades were supplied by Morris of Glasgow by 1946, and the same technology was applied to this remarkable suite of furniture soon afterwards. Over one hundred layers of wood were bonded together under high frequency electrical pressure with phenoformaldehyde, a synthetic resin. The wood is then shaped and carved to produce the chairs, table and sideboard. Whilst it is now acknowledged as a landmark in immediate Post-War British furniture design, the immense expense of this manufacturing process meant that it went into extremely limited production, and as a result examples are extremely rare. In 1950 a single chair was advertised at £31 18s 3d, at a time when the average British annual income was just £101.