Painting to be Auctioned on behalf of Teapot Trust

Highly acclaimed painter and playwright John Byrne stepped into Lyon & Turnbull recently to donate one of his very own paintings to auction on behalf of Edinburgh charity The Teapot Trust. The painting, titled West of 8th sold for £20,000 in the specialist Scottish Art auction December 10.

The famous Scottish artist, John Byrne, truly believes in the power of art to add richness, joy and delight to everybody’s life. As a result, he is a long-standing supporter of local charity, The Teapot Trust which is dedicated to providing professional art therapy in a medical environment to children coping with chronic illness. In particular, they focus on supporting children suffering from complex rheumatological diseases, including Lupus. Their art therapists work in medical settings, including clinics, hospital wards, and hospices to support children coping with the emotional and mental strain that so often accompanies their battle with illness. 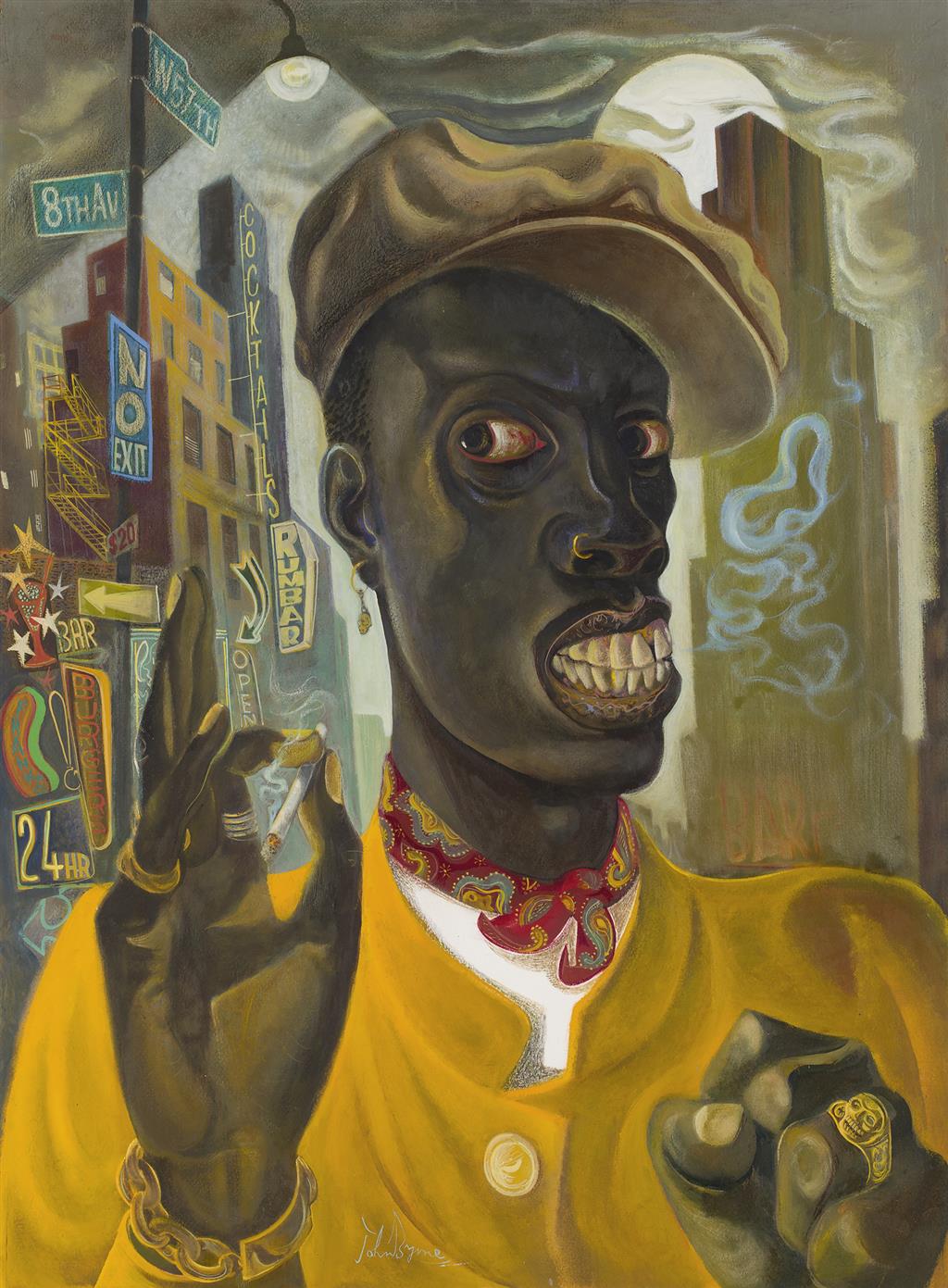 In an effort to raise funds to continue and expand these projects, Byrne has donated this striking New-York inspired artwork, West of 8th to be auctioned on behalf of The Teapot Trust.

Laura Young of the Teapot Trust said “We were delighted when John suggested that he donate one of his paintings to the charity, he has been a longstanding enthusiastic supporter of the work we do.” The Teapot Trust is dedicated to providing professional art therapy in a medical environment to children coping with chronic illness. Young continued “Our art therapists work in medical settings, including clinics, hospital wards, and hospices, in Edinburgh, Glasgow, Dundee, Kinross, Aberdeen, Inverness, Kirkcaldy, the Borders and London to support children coping with the emotional and mental strain that so often accompanies their battle with illness.”

As well as being a critically acclaimed writer for the theatre and for television, John Byrne is a highly accomplished painter. An exhibition of Byrne's portraits took place at the Scottish National Portrait Gallery in 2014.

Paintings Specialist, Charlotte Riordan, commented “We have sold many paintings by John Byrne over the years, they are always incredibly popular. This is a particularly fine example and we are delighted to be selling it on behalf of the Teaport Trust.”

John Byrne was born in 1940 in Paisley, Scotland and in 1965 attended the Glasgow School of Art where he excelled. In his final year he was awarded the Bellahousten Award, the school's most prestigious painting prize, and spent six months in Italy, returning a masterful and confident young artist. His work is held in major collections in Scotland and abroad. Several of his paintings hang in The Scottish National Portrait Gallery in Edinburgh, the museum of Modern Art and the Kelvingrove Art Gallery and Museum in Glasgow. In 2007 he was made a full member of the Royal Scottish Academy and is an Honorary Fellow of the GSA, the RIAS, an Honorary Member of the RGI and has Honorary Doctorships from the universities of Paisley, Glasgow, Aberdeen and Strathclyde.

John Byrne’s biography reflects his diverse talents, as well as being an accomplished fine artist and a designer of theatre sets and album covers, he is one of the most notable playwrights of his generation. His second ever play, ‘The Slab Boys (1978) won him the Evening Standard’s most promising playwright award. In 1983 there was a New York production of The Slab Boys with Sean Penn, Val Kilmer and Kevin Bacon. In 1986 John wrote the immensely successful, six-time BAFTA award-winning television series Tutti Frutti starring Robbie Coltrane, Emma Thompson and Richard Wilson. This was followed by countless other plays and films to the present day.