The Chinese scholar official occupied a position at the top of the traditional hierarchical society; they were rigorously trained in Confucianism, current affairs, poetry and writing to become a well-rounded member of the Chinese Literati. Because of this training, these government officials were valued not just for their bureaucratic work but also for their artistic and poetry skills.

From the Tang dynasty onwards, to aid them in their contemplation of the world and artistic pursuits, the scholar was expected to have an understanding of stone lore and to seriously undertake stone collecting. These Gongshi, or Scholar's rocks were collected for their resemblance to mythological mountains inhabited in the Eastern isle of the immortals, known as Penglai. The rocks were especially prized by the scholar and the imperial court for their natural shape, their abstract qualities, texture, resonance, and their ability to evoke feelings from the viewer. These qualities can be seen in the forms of this collection, in the vertical position seemingly defying gravity, in the natural perforations of the stones creating glimpses into unknown caverns in the rocks and the texture of the fossilised trees. 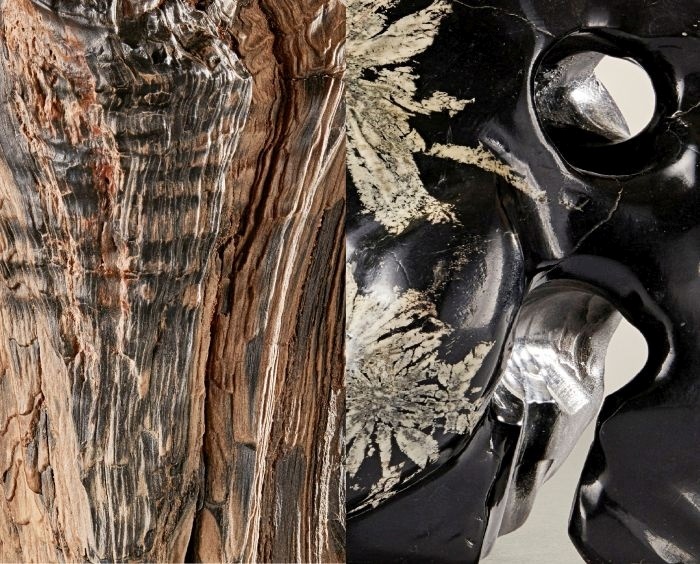 These rocks, sculpted by nature, were placed on the Scholar’s desk creating in miniature the essentials of the natural world outside their studios. The aim was not only to admire them as works of art in their own right but as items of contemplation and composition in their landscape paintings. The scholar’s aim was not to paint in realistic realms as in the Northern School of Paintings but to express themselves, to paint their inner realities and appreciate awkwardness in form. It is in these landscape paintings of the Southern School style by great artists such as Dong Qichang, Wang Wei and Dong Yuan that you can see the effect of the Scholar’s rock in the artist’s fanciful imagination of mythical mountains scenes, creating abstract forms which allows us to realise the importance of these rocks in the Chinese artistic tradition.

This private European Collection of Scholar's Rocks will be sold as part of the Fine Works of Asian Art, 09 May 2017, London