We were delighted to be offering a highly personal group of works by Robert Polhill Bevan (1865-1925) from the Artist’s Estate in our Autumn edition of MODERN MADE, which reveal his achievements as a painter, draughtsman and printmaker.

Bevan was born in Hove, Sussex in 1865 and grew up in Horsgate, near Cuckfield. He studied at Westminster School of Art, London and at the Académie Julian in Paris. His training during the 1890s also included two periods in Pont-Aven in Brittany – where he met Paul Gauguin – as well as time spent in Madrid and Tangier.

In 1897, Bevan met and married the Polish artist Stanislawa de Karlowska (1876-1952). Three years later they moved to 14 Adamson Road, London, which remained their base for the rest of Bevan’s life. The couple became key figures in London’s art world before and after World War One and held popular ‘at homes’ on Sunday afternoons during the 1910s.

As Alice Strang has explained: ‘Harold Gilman and Spencer Gore…saw Bevan’s work for the first time at the Allied Artists Association exhibition of 1908. As a result, they invited him to join Walter Sickert’s Fitzroy Street Group and Bevan was ushered into the heart of a loose association of pioneering artists.’ 1 As a founder member of the Camden Town Group (1911-13), London Group (from 1913) and the Cumberland Market Group (1914-19), Bevan deepened his association with these artists and others, such as Walter Bayes, Malcolm Drummond, Charles Ginner and William Ratcliffe, putting him at the forefront of English art of the period. 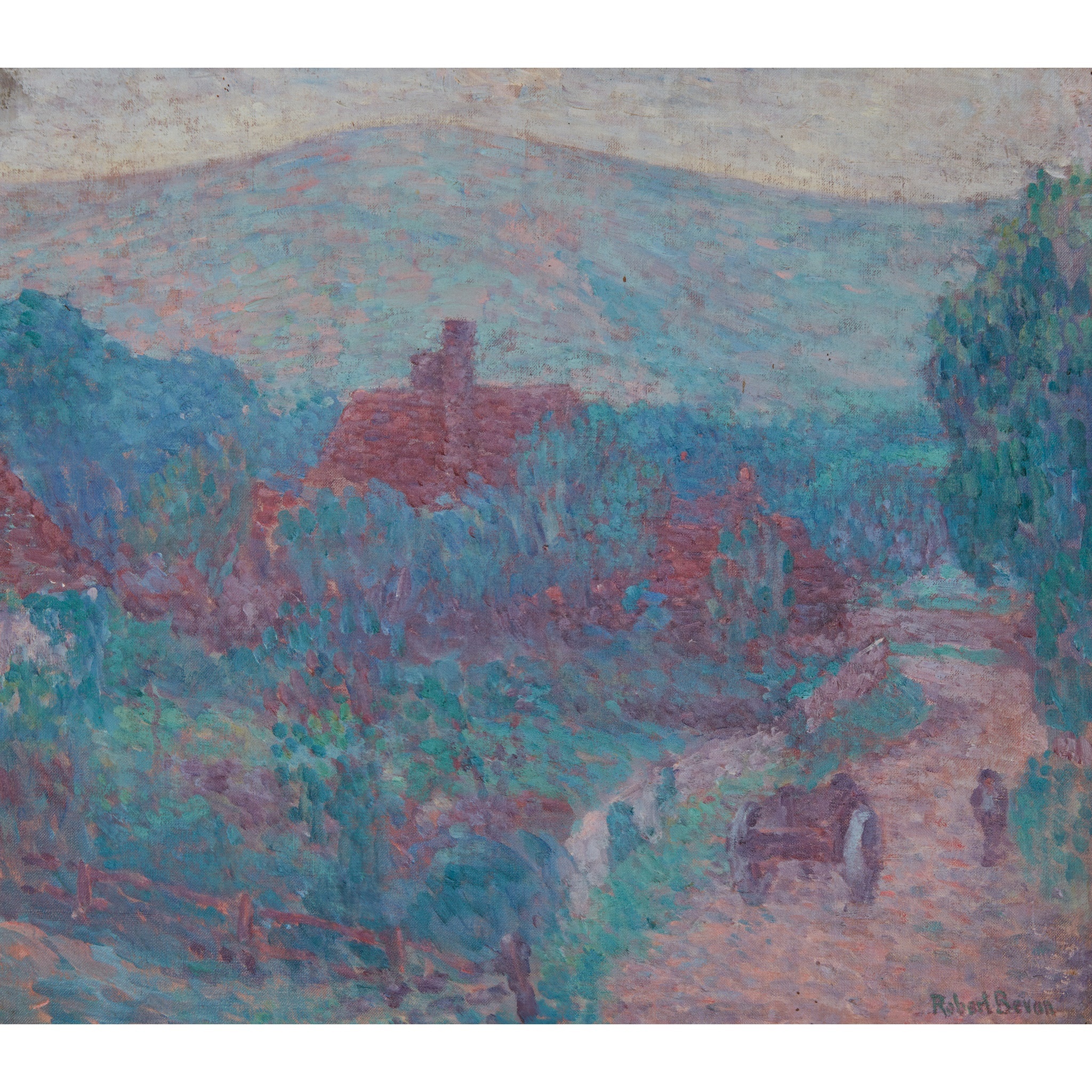 Karlowska’s family owned an estate at Szeliwy in Poland and the Bevans stayed there during several summers in the early 1900s. Wagon and Figure in a Landscape relates to a style of painting which he developed there. A palette based on high-pitched tones of blue, green and violet is applied in deliberate, separate brushstrokes, revealing Bevan’s engagement with modern French painting. 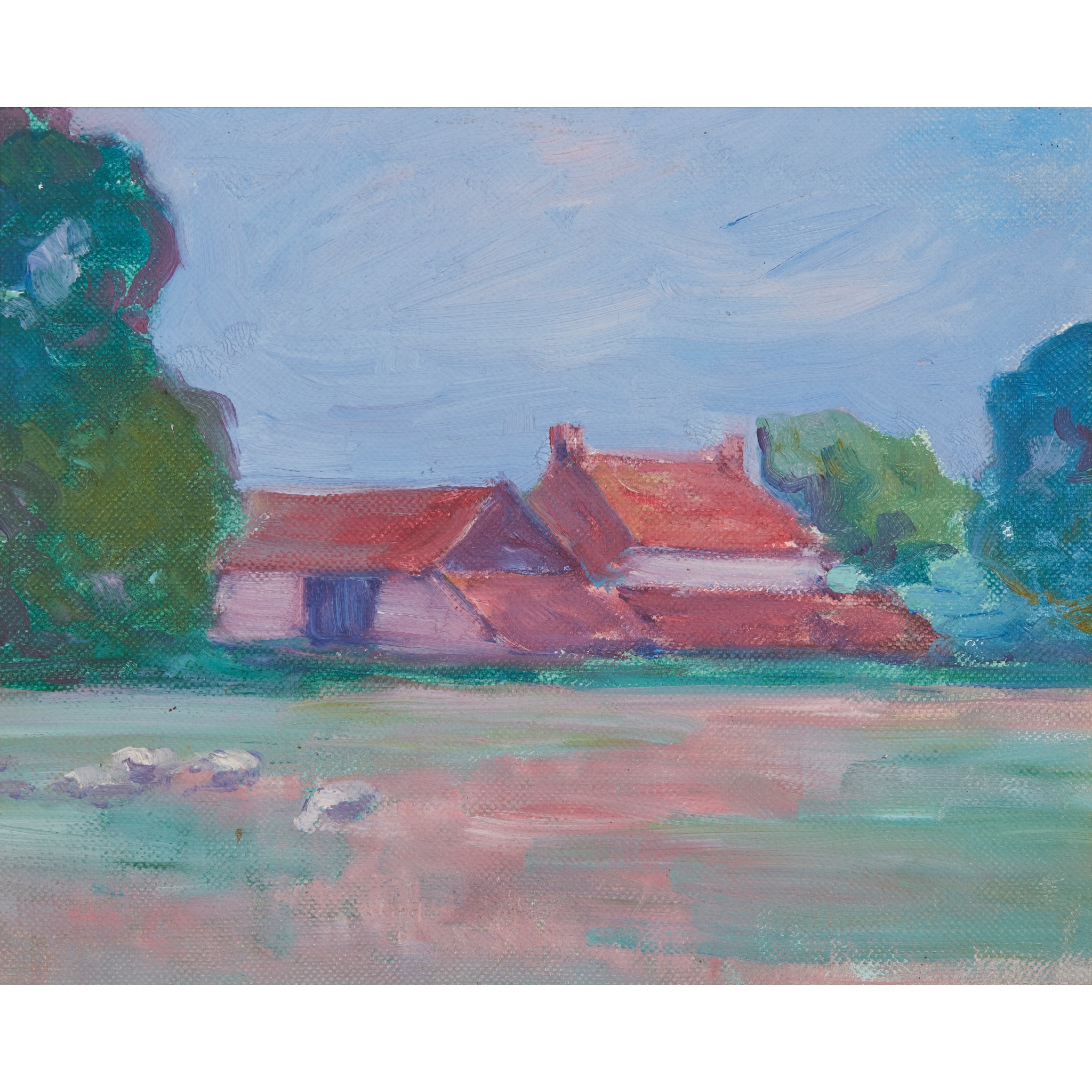 The intimate Houses and Field shows how Bevan’s technique developed to create smoother fields of bold, unrealistic colour, which suggests an awareness of Post-Impressionism and even of Fauvism. Works painted in such a manner proved controversial when they were included in his first solo exhibition, held at the Baillie Gallery in London in 1905. Critics used words such as ‘garish’ and ‘violent’ to describe them and Bevan was to thereafter change aesthetic direction.2 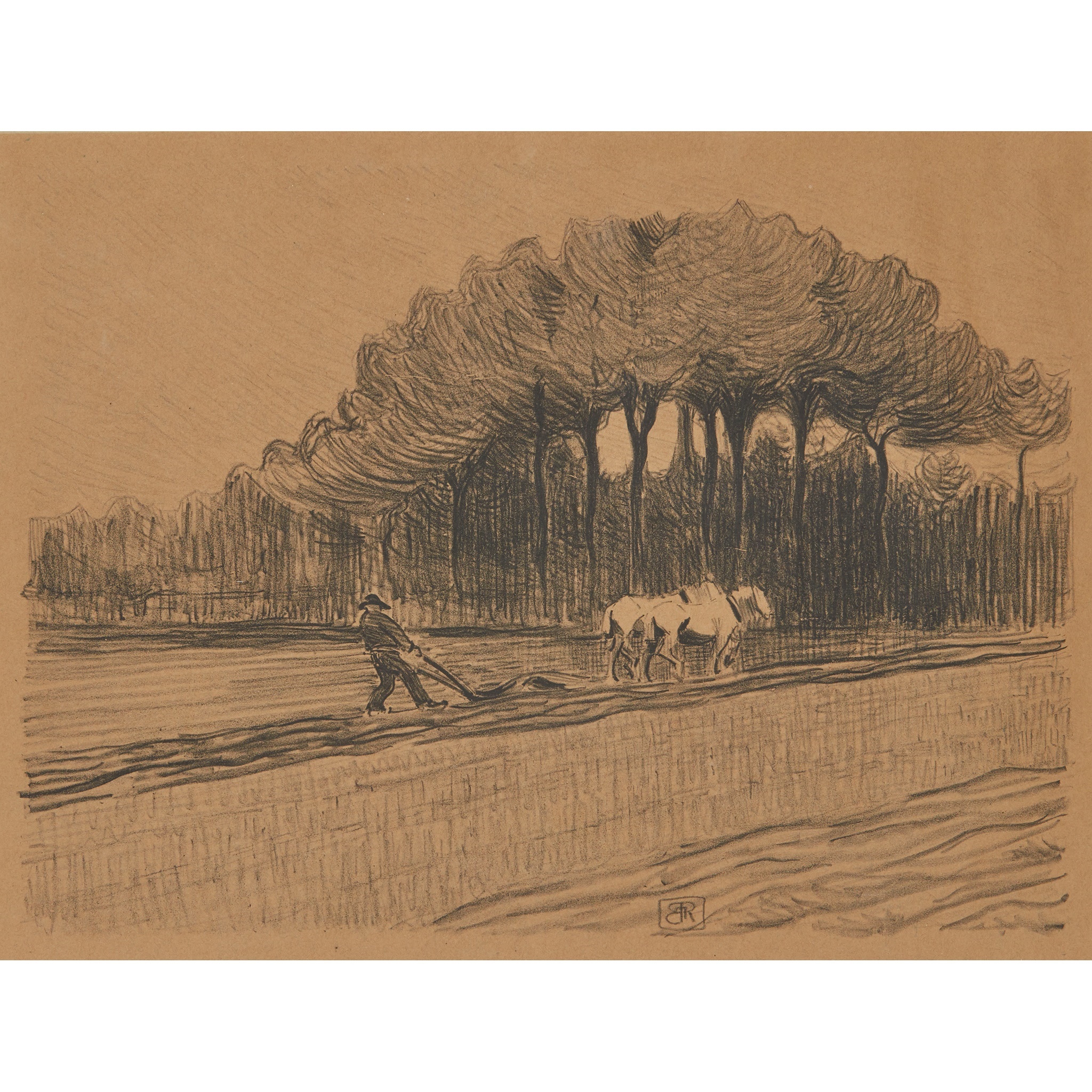 In contrast, the early lithographs The Plough and Hawkridge (A Lonely Farm) show Bevan’s engagement with the Pont-Aven group, in particular Gauguin, as well as the work of Vincent van Gogh, in their curvilinear and rhythmic approach to landscape motifs. Graham Dry has explained that The Plough is one of eight lithographs of Breton subjects which are presumed to have been drawn on the stone at Pont-Aven between 1891 and 1894.3 Hawkridge (A Lonely Farm) is one of eleven lithographs based on scenes in Exmoor, where Bevan worked from 1894 until 1896, some of which were printed after his marriage in 1897.4 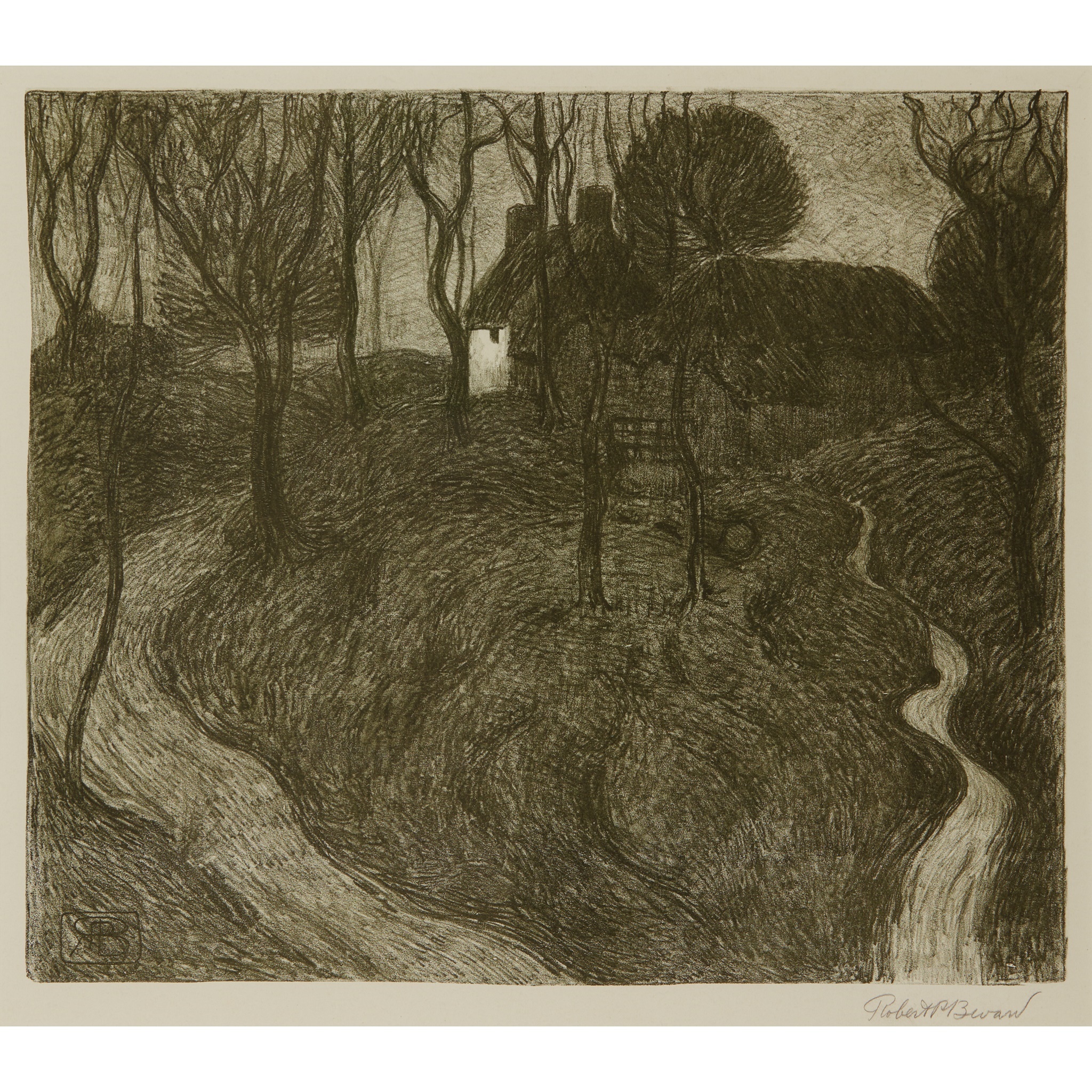 Bevan was a keen countryman and spent a significant amount of time from 1912 until his death working on the Devon-Somerset borders, particularly in Applehayes, the Bolham valley and Luppitt. The Pub at Luppitt of c.1923 is a charming rural scene, executed in watercolour, crayon and pencil. Features such as the roof tiles and fence posts are carefully delineated, whilst the pecking hens in the foreground bring the scene alive. Bevan’s interest in agricultural architecture is also clear in Mount Stephen of 1924. It is a late painting of a favourite farmhouse which was the subject of at least one other canvas and of his only known wood engraving. A more subtle palette and gentle technique make it an idyllic image of life in the countryside. 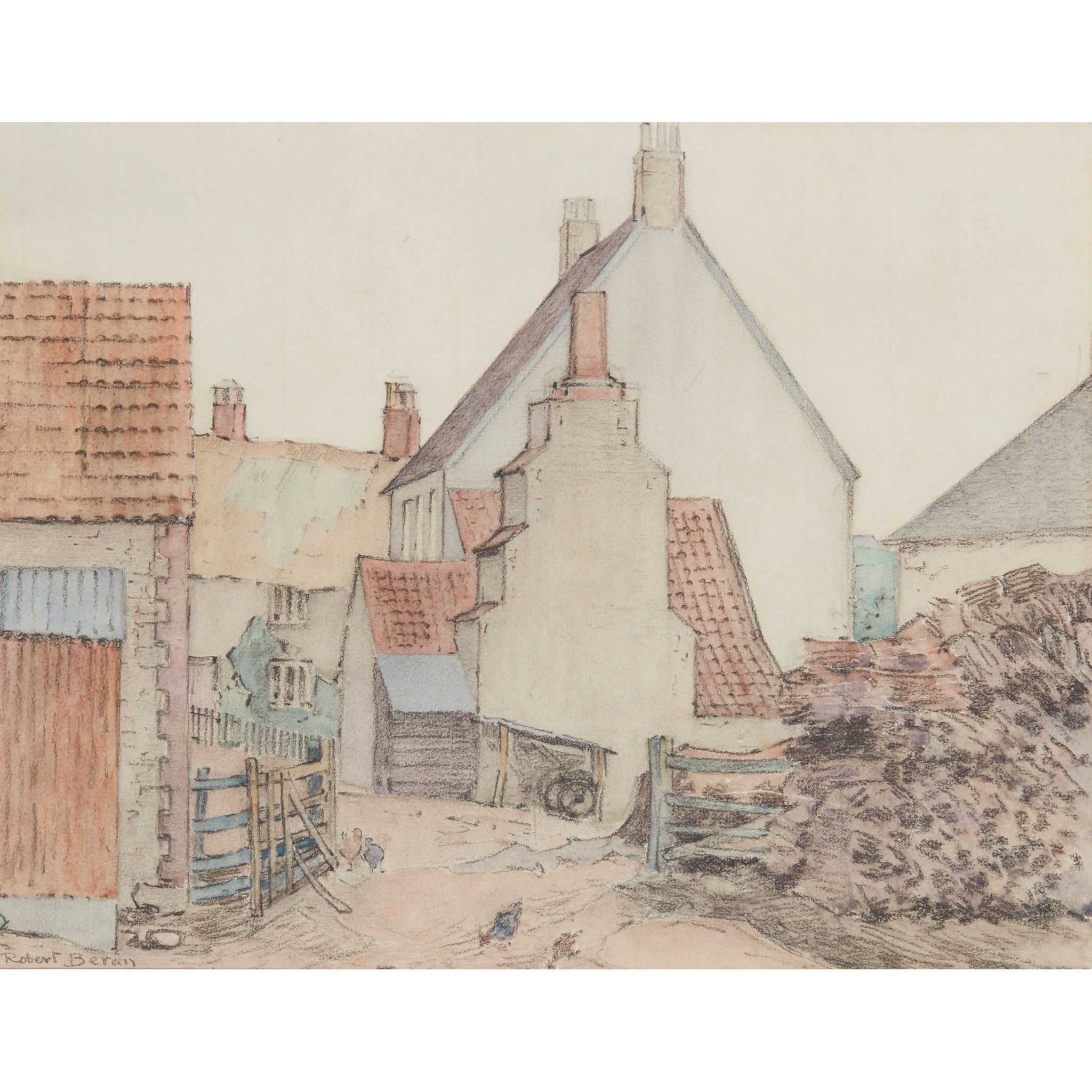 During the late 1910s and early 1920s Bevan developed a striking graphic style which was shown to best effect in his lithographs. Having abandoned the medium in 1901, he returned to it in 1918 with aplomb. The Smithy, Luppitt of 1920, Rosemary, Devon and The Plantation, both of 1922, show his mature mastery of the technique, along with a simplification of form, angular structure and clarity of composition; pastoral scenes are viewed through an avant-garde lens to great effect. A London Church of 1924 shows how Bevan was able to convey subtle light effects in an image celebrating architectural splendour as the backdrop to daily life. 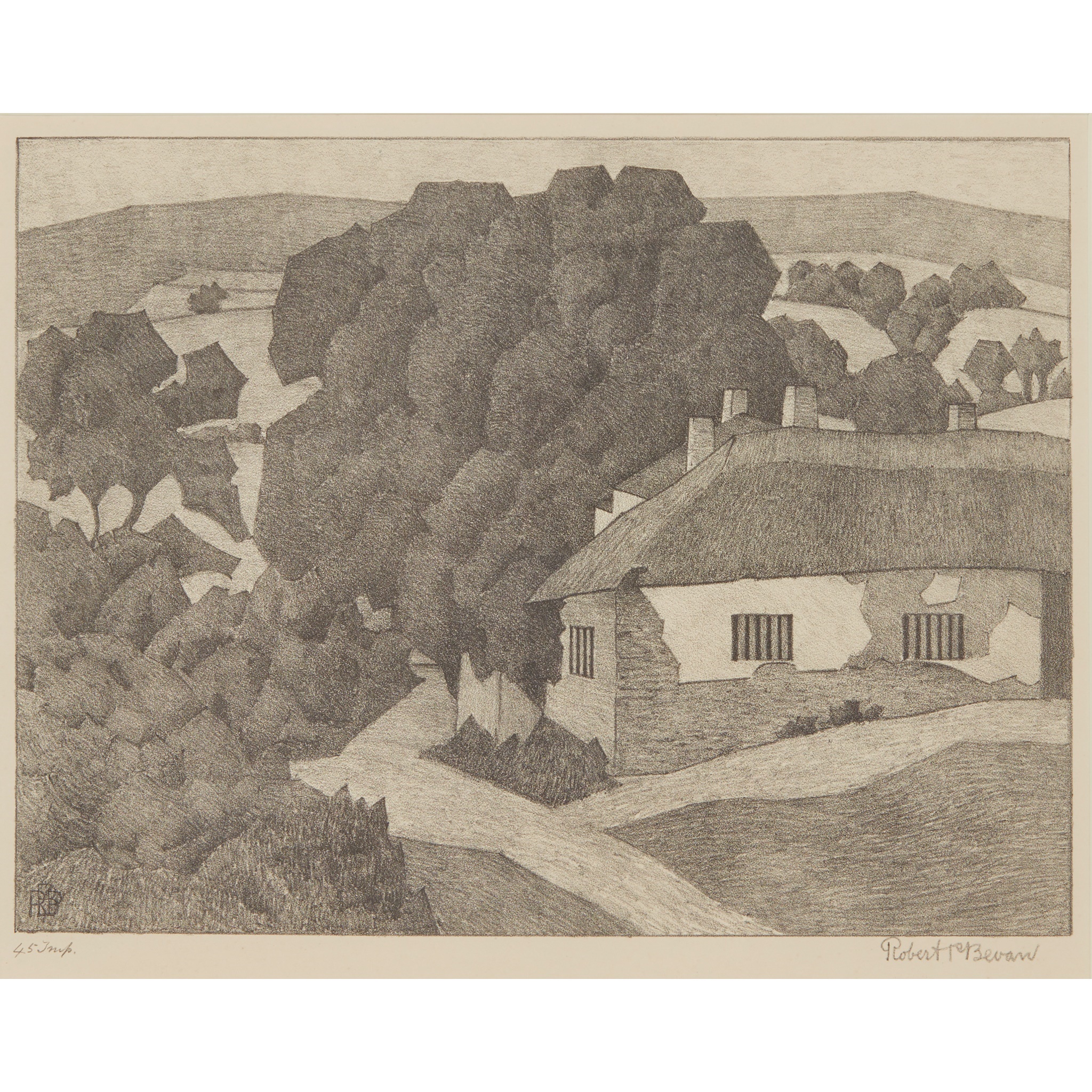 Bevan was a highly-skilled horseman and his images of horses, whether depicted in hunting or farming scenes, or in cab yards and at horse sales, are amongst the most celebrated of his oeuvre. He would sketch during the sales at the Barbican, Aldridge’s, Ward’s Repository and Tattersall’s, working up his notes and drawings into paintings and prints once back in his studio. He enjoyed the interaction between people and animals as much as the pace and spectacle of the event, as can be seen in lithographs such as Horse Dealers (Ward’s Repository No.1), The Horse Mart (Barbican No. 1) and Horse Dealers at the Barbican (Barbican No.2) of 1919 to 1921. Crocks of 1925 was his final lithograph and shows a pair of horses having been taken out of a cab’s shafts and led to a trough for a drink.5

Following Bevan’s death in 1925, memorial exhibitions were held at the Goupil Gallery in London and at Brighton Art Gallery. Bevan’s works are held in many major public collections, with particularly significant holdings in the British Museum, Victoria & Albert Museum, Yale Center for British Art and the Ashmolean Museum, Oxford. As the artist’s son wrote: ‘I doubt whether Bevan earned as much as £4,000 in the whole of his working life. But he was, at all times a whole-hearted professional artist of great determination, painting, as Frederic Gore…[wrote]…in 1965, ‘with the quiet assurance of a man who is certain of immortality’.6 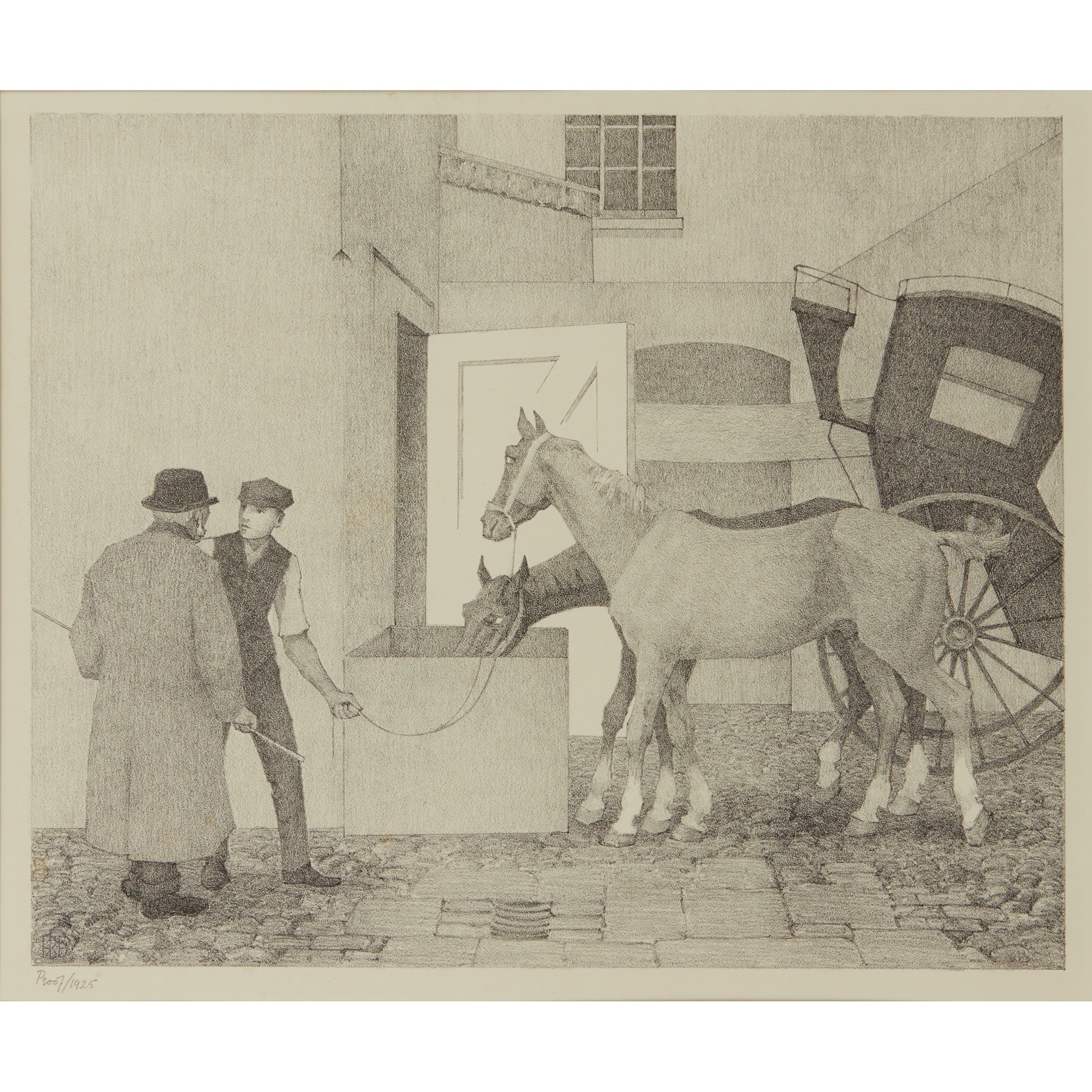 *All sold lots include buyers premium.