Author, Ian Rankin, will offer two bottles of rare Highland Park Rebus whisky in support of Edinburgh charity, Streetwork, a charity providing support to the city’s homeless, in our inaugural auction of Whisky & Spirits this December.

Author Ian Rankin, who created the character Inspector Rebus, has chosen to sell two special Rebus anniversary bottles of Highland Park 20 year old and 30 year old in Lyon & Turnbull’s inaugural auction of Whisky & Spirits on 5th December 2018 in Edinburgh. Proceeds from the sale will go to the author’s chosen charity Streetwork, a charity providing support to the city’s homeless.

Commenting on the sale, Ian Rankin said; “I am hugely grateful to Highland Park for allowing Inspector Rebus to join their family and to Lyon & Turnbull for the opportunity of this unique auction. Streetwork is a charity I’ve got to know well these past few years. I’m impressed by their commitment and delighted to help raise some much-needed funds for them, especially in these winter months.” 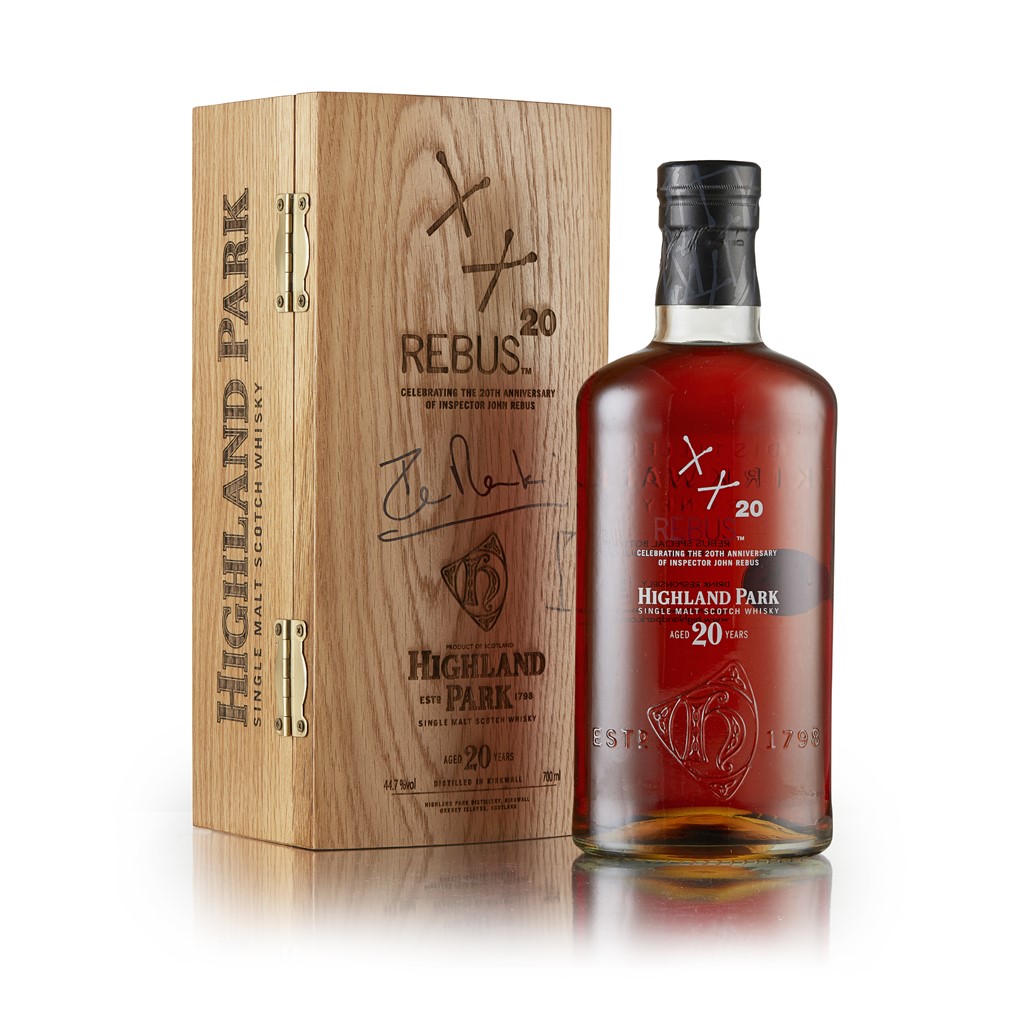 Colin Fraser, Consultant Specialist at Lyon & Turnbull said, “Both these bottles are incredibly rare. The special Highland Park 30 year old Rebus edition, has so far only be seen at charity auctions so our forthcoming sale offers collectors, and Rebus fans, a great opportunity acquire a rare bottle all whilst supporting the team at Streetwork, Edinburgh.”

Ian chose the cask for the Highland Park single malt on a visit to their distillery on Orkney. The whisky’s flavour profile was judged to be to the Edinburgh detective’s tastes – “dark, complex and with a long finish”.

Rebus first appeared in the 1987 novel Knots and Crosses. The detective has been the main character in 21 novels and various short stories, and was played by John Hannah and Ken Stott in TV adaptations. The Rebus novels have been translated into 36 languages and are much-loved, global bestsellers.