With the 150th birthday celebrations of Beatrix Potter well underway, Lyon & Turnbull have a first edition and privately printed copy of her iconic work The Tailor of Gloucester, dating from 1902 for sale on 31 August 2016. The first edition is one of 500 copies that Potter herself had privately printed; it also has a line drawing of mice on the upper cover and 16 colour plates. 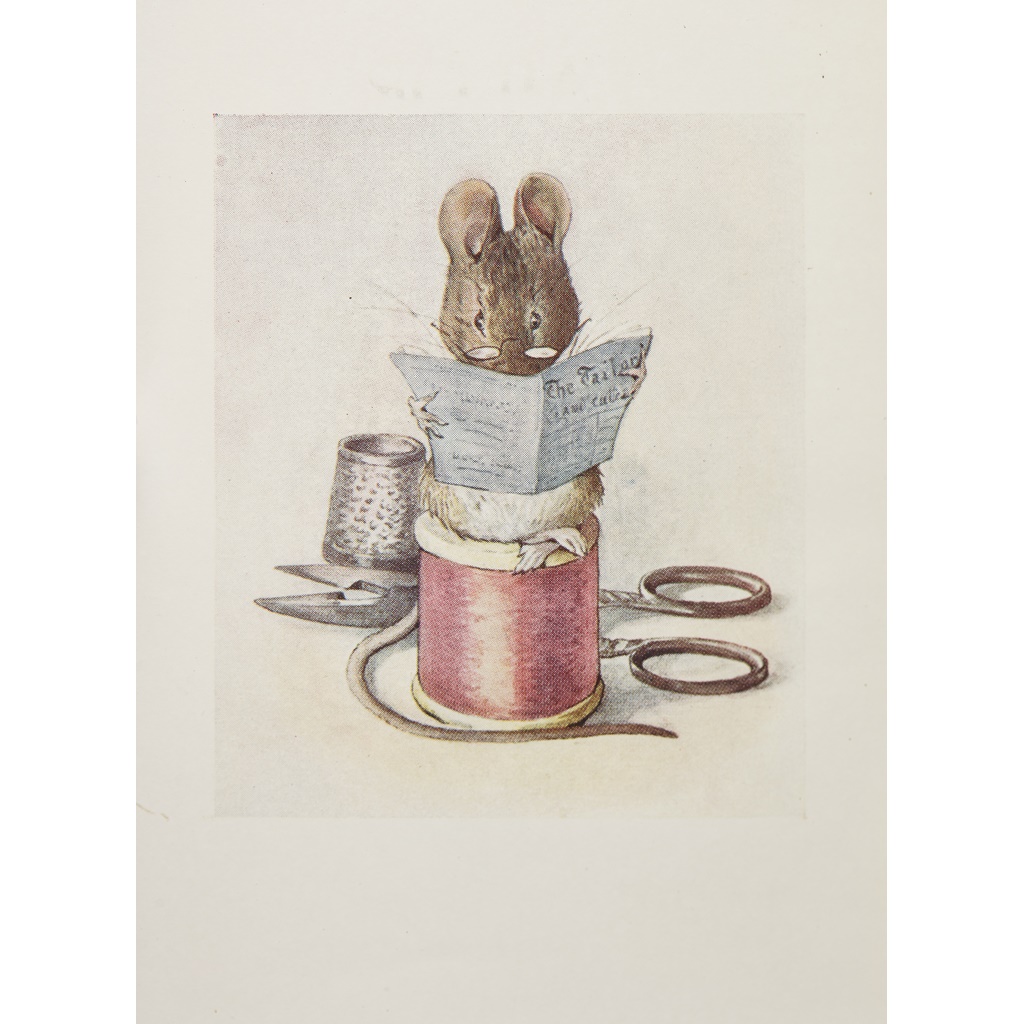 Lot 47
Potter, Beatrix
The Tailor of Gloucester
Sold for £2,750 (including buyer's premium)

Cathy Marsden, Book Specialist at Lyon & Turnbull said, “This is an incredible opportunity for someone to buy one of only 500 copies of the first privately printed edition of The Tailor of Gloucester. The stories, and twelve watercolours, were finished by December 1901, and Potter gave the manuscript to her friend, Freda Moore, as a Christmas present. In the same month, the publishers Frederick Warne & Co. agreed to publish Peter Rabbit, which proved to be a great success. Not wanting to push Warne’s eagerness too far, Potter decided that she should revise Moore’s manuscript copy of The Tailor of Gloucester with a view to publishing the work privately, as she had first done with Peter Rabbit. Potter dropped two of the twelve illustrations in the original manuscript, and added another six. The final product, bound in pink paper-covered boards, was privately published in a run of 500 copies in December 1902.”

Beatrix Potter's global legacy includes 100 million copies of her books sold in thirty five languages; she bequeathed 4,000 acres of land and fifteen farms to the National Trust in the Lake District with 100,000 visitors a year being welcomed at Hill Top, her home near Coniston.

According to Leslie Linder, in her 1971 work A History of the Writings of Beatrix Potter, Beatrix Potter was first introduced to the story she tells in The Tailor of Gloucester by her friend and distant relative, Caroline Hutton, who lived at Harescombe Grange, near Stroud. Allegedly, The Tailor of Gloucester is based on the true story of Mr Prichard, the local tailor.

Mr Prichard was completely swamped with orders when he was asked to make a waistcoat for the new mayor. Although work on the waistcoat had begun, it was still far from complete leading up to the approach of the local Root, Fruit and Grain Society Show. When the tailor left his shop on Saturday morning, the pattern pieces for the waistcoat were left lying out. Prichard’s assistants realised that their boss was worried about the completion of the waistcoat. That Saturday afternoon, they returned to the shop, not telling the tailor, and completed the waistcoat. Only one button-hole was left to complete, and the assistants had run out of thread. By way of an explaination, they attached a note to the waistcoat, reading ‘no more twist’, and left.

On Monday morning, Mr Prichard returned to his shop to find the waistcoat practically finished. The two assistants kept their secret and the tailor proudly displayed the waistcoat in his shop window, with an accompanying sign reading: ‘Come to Prichard where the waistcoats are made by the fairies.”